(THREAD) IF THE MUELLER REPORT GOES TO DOJ TOMORROW

This thread lists all the questions that no reporter predicting the imminent completion of Mueller's work can answer.

Indeed, these questions are never asked of anyone—so I'm asking them now. I hope you'll read on and retweet. 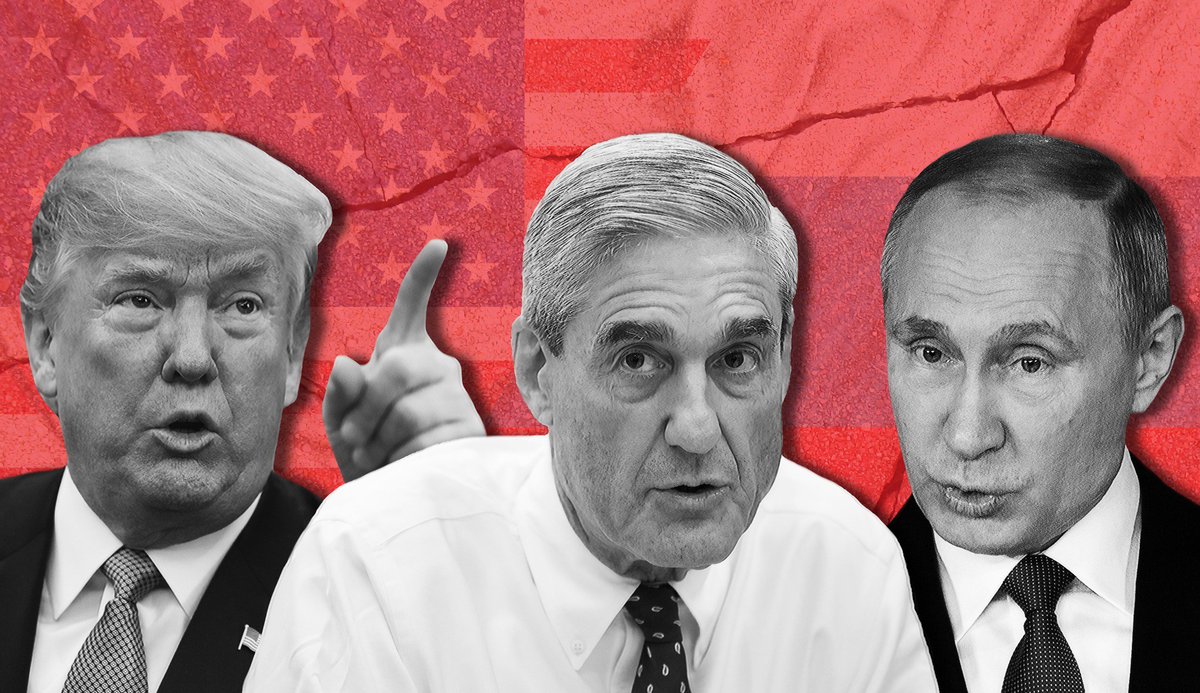 1/ In January we learned Mueller needed to delay Rick Gates' sentencing hearing because Gates is cooperating with MULTIPLE ongoing investigations. With Manafort clamming up, Gates is Mueller's Manafort proxy—with Flynn, his top witness. So where are the Gates-enabled indictments?

2/ We learned over a year ago that George Nader has been granted IMMUNITY from criminal prosecution by Mueller so that he can describe his secret meetings with Prince, Kushner, Bannon, Flynn, the Emirati Crown Prince, Joel Zamel, and more. Where are the Nader-enabled indictments?

3/ Mueller told the federal court hearing Flynn's case that Flynn has given Mueller's team SIGNIFICANT cooperation in its criminal investigation—yet we can identify no indictments at all that Mueller would've been referring to in discussing Flynn's cooperation. So where are they?

4/ The House and Senate have now referred NUMEROUS WITNESSES to Mueller for prosecution for lying under oath—including witnesses with key information on the foci of Mueller's investigation that he can't get elsewhere. The cases for perjury are strong—so where are the indictments?

6/ Mueller told JEROME CORSI he was going to indict him if he didn't cooperate. Corsi refused to cooperate—even when Mueller showed him a proposed agreement and fully laid out for him the charges he was going to bring against him. Do you think Mueller is a bluffer? Neither do I.

7/ One of Mueller's "theories of the case" is that STONE AND TRUMP CONSPIRED. Now he's prosecuting Stone—and could, with pressure pre-trial or a prison sentence after a guilty verdict, get case-busting intel from Stone on that question. If he packs up, he doesn't care about that.

8/ A few months ago, media reports informed us that Mueller is EXPANDING HIS INVESTIGATION to include Trump's dealings with foreign nationals besides the Russians—implying that he sees a bigger conspiracy than just Trump-Russia collusion. Why expand his scope just to pack up now?

9/ In January, Mueller EXTENDED HIS GRAND JURY FOR SIX MONTHS, thereby increasing by 50% the total amount of time he has to conduct the most complex federal criminal investigation in American political history. If he finishes now, what was the point of that six-month extension?

10/ For months now the DC federal court has had AN INEXPLICABLY HIGH NUMBER OF SEALED INDICTMENTS as compared to years past. That's the court Mueller works in, and he's used sealed indictments before—and they make sense in a case like this. If he's done, they're all red herrings.

11/ Mueller has NEVER SPOKEN TO SOME OF THE MAJOR WITNESSES in his case, like Ivanka Trump—and others, like Jared Kushner, he's only spoken to briefly on a narrow topic. If he closes his probe without speaking to witnesses of this significance, how can he possibly know the truth?

12/ Mueller told the White House HE WANTED A SIT-DOWN WITH OR GRAND JURY TESTIMONY FROM TRUMP. There's been talk for 18 months about the massive Mueller-Trump battle coming over Trump testifying. If Mueller finishes now, he was bluffing. Do you think he's a bluffer? Neither do I.

13/ Mueller SPOKE TO MANAFORT FOR 50+ HOURS. Manafort lied to him repeatedly—which Mueller caught because there was information critical to his criminal investigation he knew Manafort was withholding. But if Mueller's done now, why did he ever want or need anything from Manafort?

14/ Mueller SPOKE TO COHEN FOR DOZENS OF HOURS on matters separate from the cooperation Cohen was giving the Manhattan District Attorney's Office or the Southern District of New York. What the heck was Mueller interested in getting from Cohen, if nothing came of all those hours?

16/ Mueller is REDACTING THE HECK OUT OF EVERYTHING, which a prosecutor wouldn't do if we were about to issue a report telling every member of Congress—and possibly the entire country—exactly that information. Prosecutors redact to protect pending cases—so where are those cases?

17/ Months ago, a major news report said that PAPADOPOULOS IS STILL BEING INVESTIGATED for his ties to Russia—even after his prison sentence. This suggests Mueller continues working on a defendant even when he's charged them with non-conspiracy offenses. Why do this if he's done?

18/ Weeks ago A RUSSIAN SPY PLED GUILTY, and the RUSSIAN SPY'S BOYFRIEND WAS JUST CHARGED, and both these people had contact with some of the most powerful Republicans in America, including members of Trump's campaign. How could Mueller know yet whether and how they'll cooperate?

19/ EVERY DAY THERE'S MORE EVIDENCE OF OBSTRUCTION AND COLLUSION, like revelations about Trump and Cohen, Trump and Manafort, and (as to collusion) Erik Prince having lied to Congress about a meeting with Trump Jr. How can a prosecutor close up shop if evidence keeps flooding in?

20/ Mueller has PASSED OFF CASES FOR OTHERS TO PROSECUTE—and we don't know what those cases are—so isn't it likely that even if he closes up shop he's leaving behind him numerous indictments or case files the DOJ will then pursue? That would make him "finishing" mean very little.

21/ If Mueller finishes with no new indictments, as MSNBC's Ken Dilanian—who has yet to be right, it seems, about anything in the Trump-Russia case—contends, it means he found no transatlantic conspiracy. But WE ALREADY KNOW ONE EXISTS due to the Manafort-Kilimnik data transfers.

22/ In January 2018, NBC—notably, not Dilanian—reported that Donald Trump was telling his friends privately that MANAFORT COULD SINK HIM IF HE "FLIPPED" and "SOLD HIM OUT." So what the heck was Trump talking about, if Mueller hasn't indicted any actions meeting that description?

23/ Mueller knows TRUMP COLLUDED WITH THE SAUDIS AND EMIRATIS PRE-ELECTION because he has a witness— Nader—to the offer of funds, acceptance of funds, and provision of funds. Just because you haven't followed that story doesn't mean Mueller hasn't. So where are those indictments?

25/ Rosenstein ALWAYS SAID HE WAS LEAVING DOJ after two years, and told friends he'd leave if Mueller's probe was safe and in good hands—and he's said he thinks AG Barr's hands qualify (in part because Barr and Mueller and Rosenstein and Barr are friends)—so that's a red herring.

CONCLUSION/ If Mueller is near done, it's the most puzzling development thus far in the Trump-Russia case. But because NO ONE ASKS journalists/analysts (e.g. Dilanian) about any of the things I've mentioned here, they keep saying—with no evidence—that Mueller is almost done. /end

PS/ And don't forget, if Mueller is done it means HUNDREDS OF LIES, SECRET MEETINGS, AND SUSPICIOUS ACTS ALL INVOLVING RUSSIA were, in fact, just the largest bundle of coincidences in the history of American law enforcement—mere evidentiary noise. Does anyone really believe that?