Being Jewish and fighting antisemitism - the dangers that @uklabour have created - a thread.

I am a Jewish Zionist and a researcher into anti-Zionism / antisemitism.

I know Sheerin-Richman because I have come across her in my research (see images below.)
However - I have no knowledge of why the police decided to arrest her and confiscate her computers and mobile phones - clearly they know something I do not. 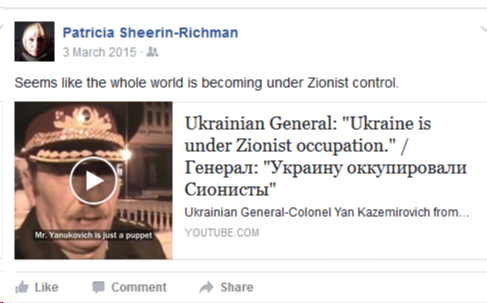 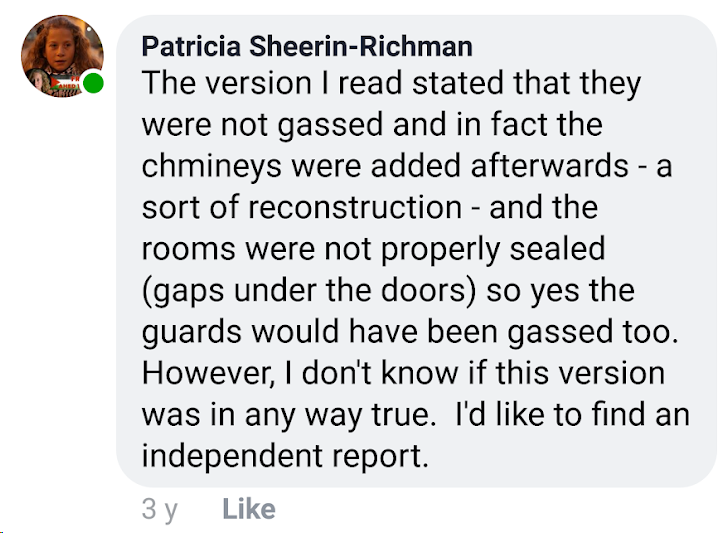 But the conspiracy world does not work that way. Sheerin-Richman doesn't want people to know why several policeman really turned up at her door -
so she chose to blame me.

She is lying. I have only ever contacted the police about direct physical threats against me.

In the conspiracy mind of these fruitcakes - these lies becomes news. I am held aloft as some kind of 'Ziomaster' - who controls the police actions. All people have to do is 'annoy me' - and I will set the police on them

This then gets spread around - with the other lies, such as me being 'far-right' added to the mix. The image of myself as some type of all-powerful fascist overlord begins to form.

Of course in their minds I am not independent. I work 'under orders'. Apparently I recently met in Israel with 'state agencies' - to agree a 'plan of action'. Therefore the arrest of Pat is not an independent police action - but rather an Israeli embassy move using me as a proxy. 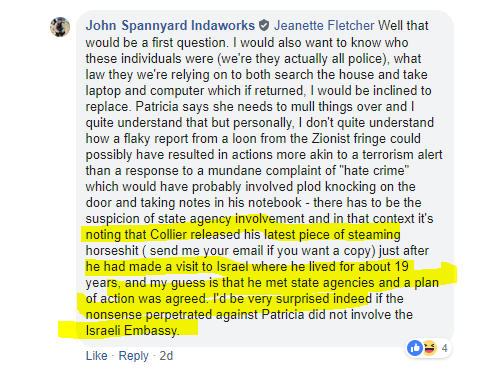 Even though I only have one social media account (+1 for my research) - the conspiracy has me as Gnasher and operating 'too many accounts' to be blocked. In the conspiracy this raises my danger level to 'unavoidable'.

These people have bought into the lies and conspiracies and see Zionists as bloodthirsty child-killers. We've become so dehumanised as to not be thought of as normal humans. And now we are coming after these activists, to do to them, what they think we've done to the Palestinians

And there are those who seek my address. Having been turned into an all powerful Zionist overlord who is arresting 'peacemakers' so Zionists can carry on murdering children - is it any surprise they want to come calling? This one is asking 'for a friend'.

This is antisemitic conspiracy theory. And who comes out to support Richman? JVL of course.
This whole thing is on Corbyn and the others who protect his 'clique'. Or Those who give lip service to antisemitism but also partially promote the lies of me as 'far-right'.

I am a member of @uklabour - I ask that the Labour Party immediately and publicly reject these smears and ensure my safety. Before one of those people who are buying into the lies and conspiracies they help promote - decide to take matters into their own hands.