(THREAD) The Barr Summary—a very different document from the Mueller Report—is being woefully misread by media. It doesn't import what media is suggesting it does. Lawyers are welcome to comment on this thread as I report the Summary accurately. I hope you'll read on and retweet. 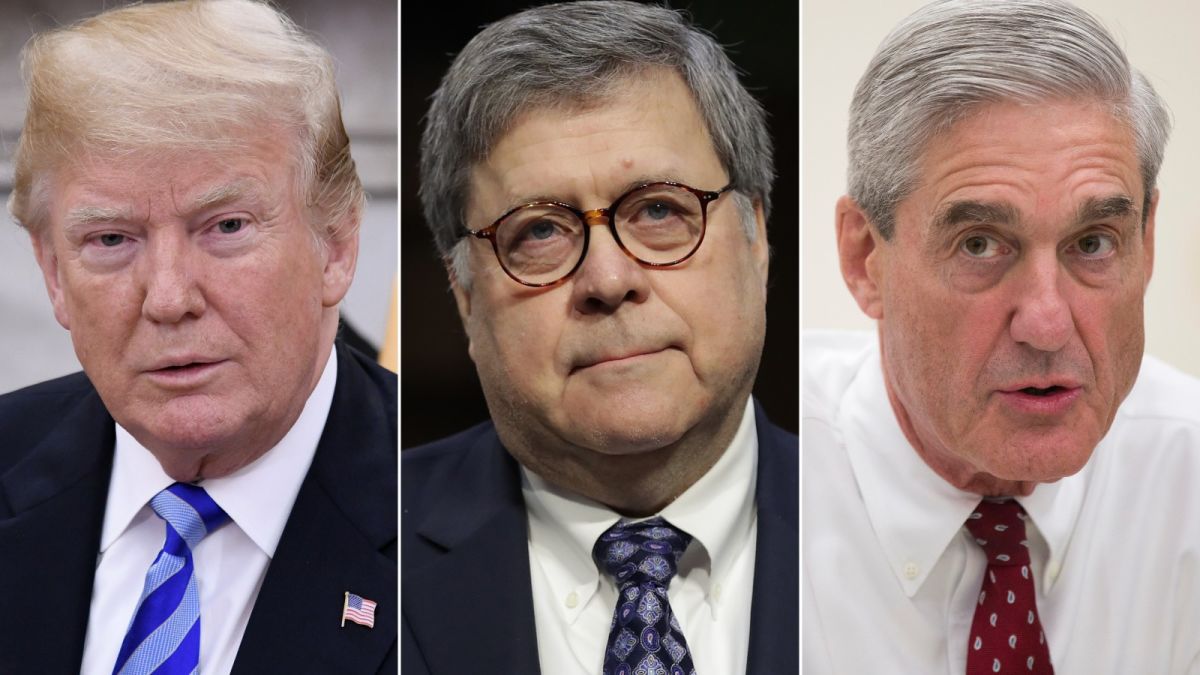 2/ Barr was selected by Donald Trump upon Trump's reading of documents written by Barr and sent to Trump allies arguing Trump *couldn't* be charged with Obstruction of Justice. So in not forcing Mueller to make the decision his appointment obligated him to make, Barr saved Trump.

3/ Deputy AG Rod Rosenstein, a witness in the Obstruction of Justice investigation against Trump, appears to have assisted Barr—who had already put his position on Obstruction in writing prior to his nomination—in usurping Mueller's obligation to make a decision on that question.

4/ Obstruction of Justice is an impeachable offense, and therefore we now have a *witness* in a case and a man who made his views known on the case *before he had any evidence on it*—and who *got his job* because of his view on the question—saving Trump from impeachment for that.

5/ On "collusion," investigative reporters and independent journalists just spent years gathering evidence on a very specific allegation of collusion: that for his own enrichment, Trump traded away our foreign policy on Russian sanctions at a time he knew Russia was attacking us.

6/ We are now being told that *Mueller never investigated* the collusion allegation Trump was facing—on a money-for-sanctions-relief quid pro quo—and *instead* investigated the allegation *as Trump saw it*, which was whether he struck an agreement with the IRA or Russian hackers.

7/ For two years, as Trump's team defined the collusion allegation against him *falsely*—saying he'd been accused of striking a secret accord with the Internet Research Agency and/or Russian hackers before-the-fact—his critics shrugged and said, "Yeah, we're not looking at that."

8/ On this collusion allegation no one was even making against Trump, the Special Counsel *didn't* find "no evidence"—which I would've been fine with, as I've never accused Trump of that type of collusion—he actually just found he didn't have 90%+ proof of that form of collusion.

9/ This isn't backpedaling: *anyone* who reads this feed—or anyone else researching and reporting on collusion—will *know* that we did *not* accuse Trump of striking a *secret deal with the IRA or Russian hackers before-the-fact*, and that "collusion" has *never* been about that.

10/ So we alleged Obstruction—and people *ineligible to make a decision on that issue* made the decision. We alleged collusive activity—and it appears the activity we alleged was *never investigated*. *That* is how critics of Trump should be seeing what has just happened. *That*.

12/ The *first* way in which Trump's coming statement will be wrong on collusion is that the collusion he was actually *accused* of wasn't fully investigated—or perhaps not investigated at all. The *second* issue is, Mueller said he "didn't exonerate" Trump as to *any* collusion.

13/ American discourse surrounding Mueller's investigation is at this moment in *dire* danger—because most in the media don't understand either point I've made here: that a proper Obstruction finding *was never made*, and that a full collusion investigation *was never conducted*.

14/ So what does it all mean? Well, as the Obstruction determination was *not* made by Mueller—and was improperly made by Barr and Rosenstein—it now falls to Congress to review the underlying evidence and, if House Judiciary finds it appropriate, initiate impeachment proceedings.

15/ As to collusion, 1) it continues to be *properly* investigated—not in the narrow way Trump demanded and apparently Mueller's team acceded to—in *multiple other federal jurisdictions*; 2) the inability to indict on the *investigated* collusion is *not* an inability to impeach.

16/ So what's my reaction to today's news? Well, I thought there was *no* evidence Trump colluded *via secret agreement with the IRA or Russian hackers*—I always said that—so *now* I want to know why Mueller said he wasn't able to "exonerate" Trump on that allegation. I mean—wow.

17/ As to the collusion allegations never investigated—as opposed to the ones Trump self-servingly *himself* raised only because he knew he wasn't guilty of *those*—my feeling is that there are now *19 federal jurisdictions* working on Trump probes that could resolve that issue.

18/ Moreover, some of those jurisdictions being Congressional, and many working on cases involving people never interviewed by the SCO face-to-face—Trump, Trump Jr., Prince, Ivanka, and so many others—I feel like we're only at the *beginning* of the real collusion investigation.

19/ On Obstruction, once Congress gets all Mueller's hard evidence, they should proceed with impeachment (or at worst, wait for other federal prosecutors to finish their collusion investigations). Why? Because if the *public evidence* made a prima face case—it did—so did Mueller.

20/ I ask people to retweet this thread. Misinformation spreads fast—the nation already misunderstands what happened today, as media wrongly uses terms like "exoneration," "vindication," and "collusion." As for fellow lawyers? Come at me if you disagree with anything I said. /end

PS/ As ever, my concern about the media *isn't* an accusation of bad faith: I think people are rushing—and don't understand certain things they *need* to understand to do their jobs well tonight, like *what the collusion allegation actually was*—so threads like this are critical.

PS2/ That the first "defense" to the Mueller Report from Team Trump is Giuliani saying you can't commit Obstruction of Justice if there's no (beyond-a-reasonable-doubt-proof-level) crime—a *flatly false legal statement no attorney agrees with*—tells you that they have *concerns*.

PS3/ The *second* defense—a Trump tweet, "No obstruction. No collusion. Total and complete exoneration!"—is also completely false, which *again* should communicate to everyone that Team Trump is terrified about not just the truth of the Report but even the truth of Barr's letter.

PS4/ For two years, I said we needed a *clear* definition of "collusion" or we would pay the price down the line, and now here we are—with Mueller narrowly defining collusion not just as "conspiracy" but only *one narrow breed* of conspiracy (with the IRA and/or Russian hackers).

PS5/ Mueller wasn't even *consulted* on Barr's letter, as we'd been promised he would. Folks, Trump is now on TV saying "no collusion with Russia"—again, a far broader issue than Mueller conducted—and if people of sense don't talk back publicly *now*, we will all regret it later.

NOTE/ The answer to sensible questions like the one below is simple: the accusation of collusion Trump faced, and was terrified of, is *not* the one that the Mueller Report appears to have looked at. Instead, Mueller focused on the IRA and Russian hackers.

NOTE2/ No fellow attorneys are questioning this thread thus far—either on the law or the facts of the collusion investigation as we know it to exist. On Obstruction, what I've expressed here is already becoming key legal analysts' view; on collusion, I hear no contradictions yet.

NOTE3/ Some folks add, rightly, that Mueller only found no beyond-a-reasonable-doubt evidence of collusion with the Russian "government"—the IRA, GRU officials, the Ministry of Foreign Affairs—none of whom Trump was ever accused of colluding with. Rep. Heck just said this on CNN.

NOTE4/ Barr appears to have *avoided* any reference to Team Trump collusion with Russian foreign nationals and Kremlin cutouts like Agalarov, Rozov, Vekselberg, Deripaska, Firtash, Sater, Kilimnik, Boyarkin, Akhmetshin, and *so many others* who are *not* "the Russian government."

NOTE5/ We have an *indication* from today's "Barr Summary"—but we'll need to see the Mueller Report—that the Barr Summary mentioned the "Russian government" only because Mueller's focus was on the IRA and GRU alone, which again is *not* what Trump stood accused of collusion-wise.

DEFINITIONS/ If I were CNN and someone came on my air today and said there's no "evidence" of collusion because Mueller didn't *indict* someone for Conspiracy, that'd be their last appearance. If you don't know what "evidence" is or what "standard of proof" means, don't go on TV.