Nearly half of all the 3rd-generation, membrane-enhanced keyboards in the 2018+ MacBooks are failing at Basecamp. This is not "a small number". It's a catastrophe and Apple should do a total recall.  https://m.signalvnoise.com/the-macbook-keyboard-fiasco-is-surely-worse-than-apple-thinks/ …

Let's get some more anecdata: If you own a 2018+ MacBook, have you ever had a problem with the keyboard?

Another data point. Mac Genius on Reddit claims half the repairs they do on MacBooks are for busted keyboards. And as we just found, the vast majority of people with busted keyboards don't even seek repairs!

And here's another firm with over 20 MacBooks. Again, half of them have issues. 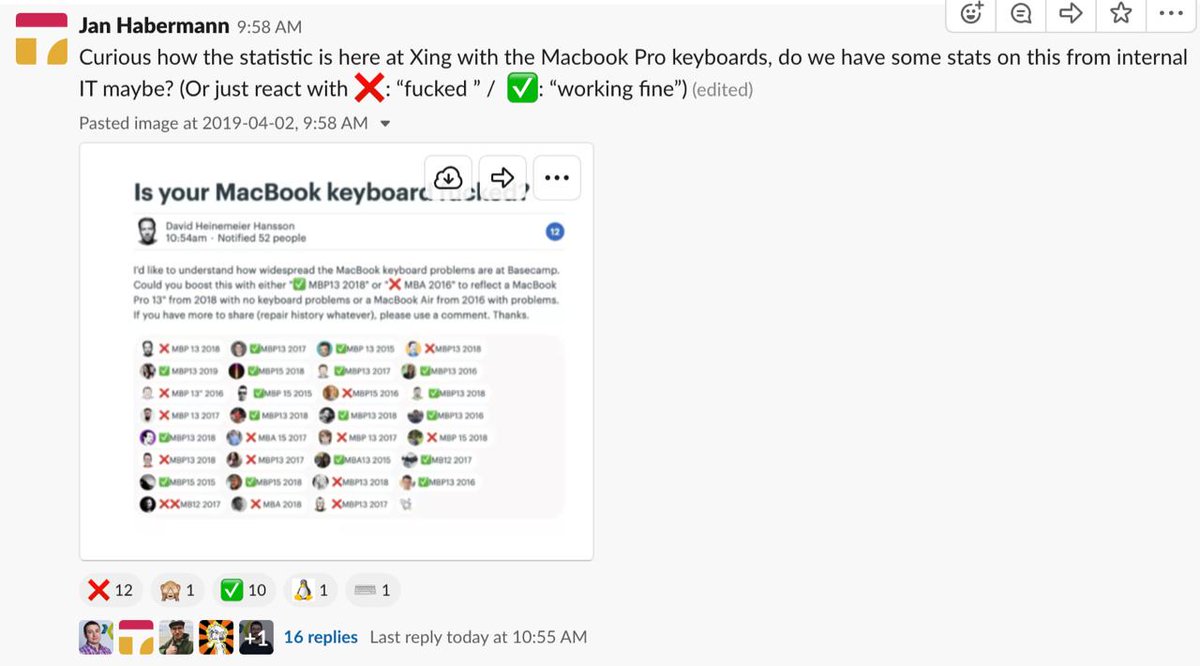