So here's a holiday from all the horrible, depressing stuff on your feed. Yesterday, I had time to kill in London, so I went to the @NationalGallery.

I set myself the goal of looking for pieces tucked away, not as swarmed by the tourists - to see something different. /1

We're not sure who painted this Mary Magdalen - only that they were Netherlandish & did so in 1518.

You can tell it's Mary Magdalen, due to jar of ointment - the Gospels state she anointed the feet of Jesus. /2 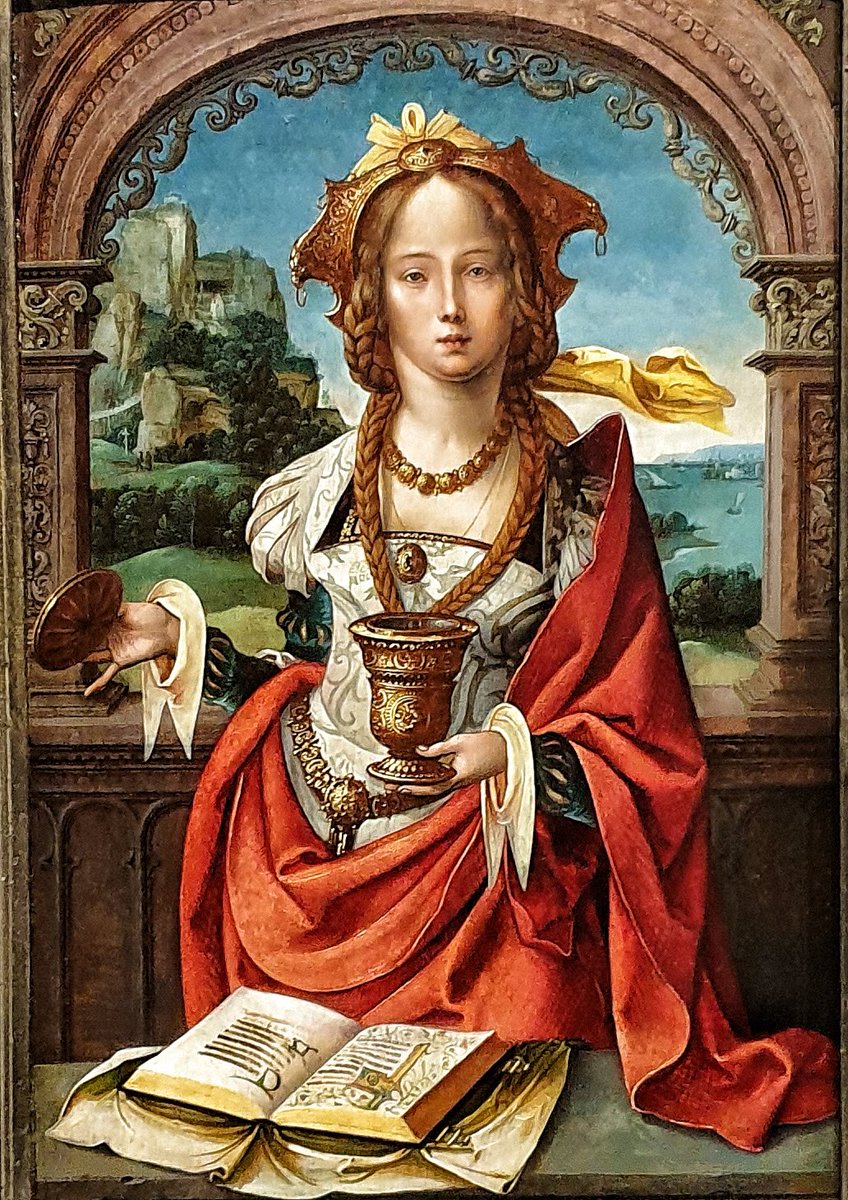 The coastline in the background can be identified - they're the caves near Le Saint-Baume in Provence, where she was said to have journeyed as a penitent after the assumption of Christ. /3 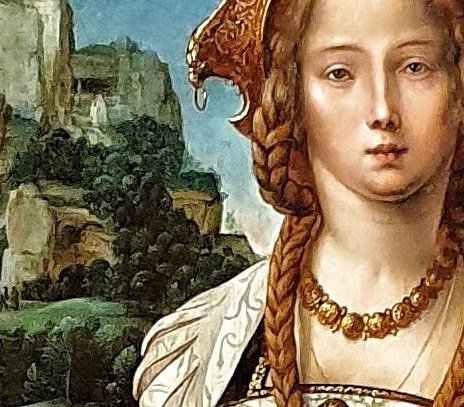 Again, note that jar of ointment on the ground, and rather exaggerated rock outcrops in the background.

I'm particularly fond of the attention paid to her prayerbook. /4 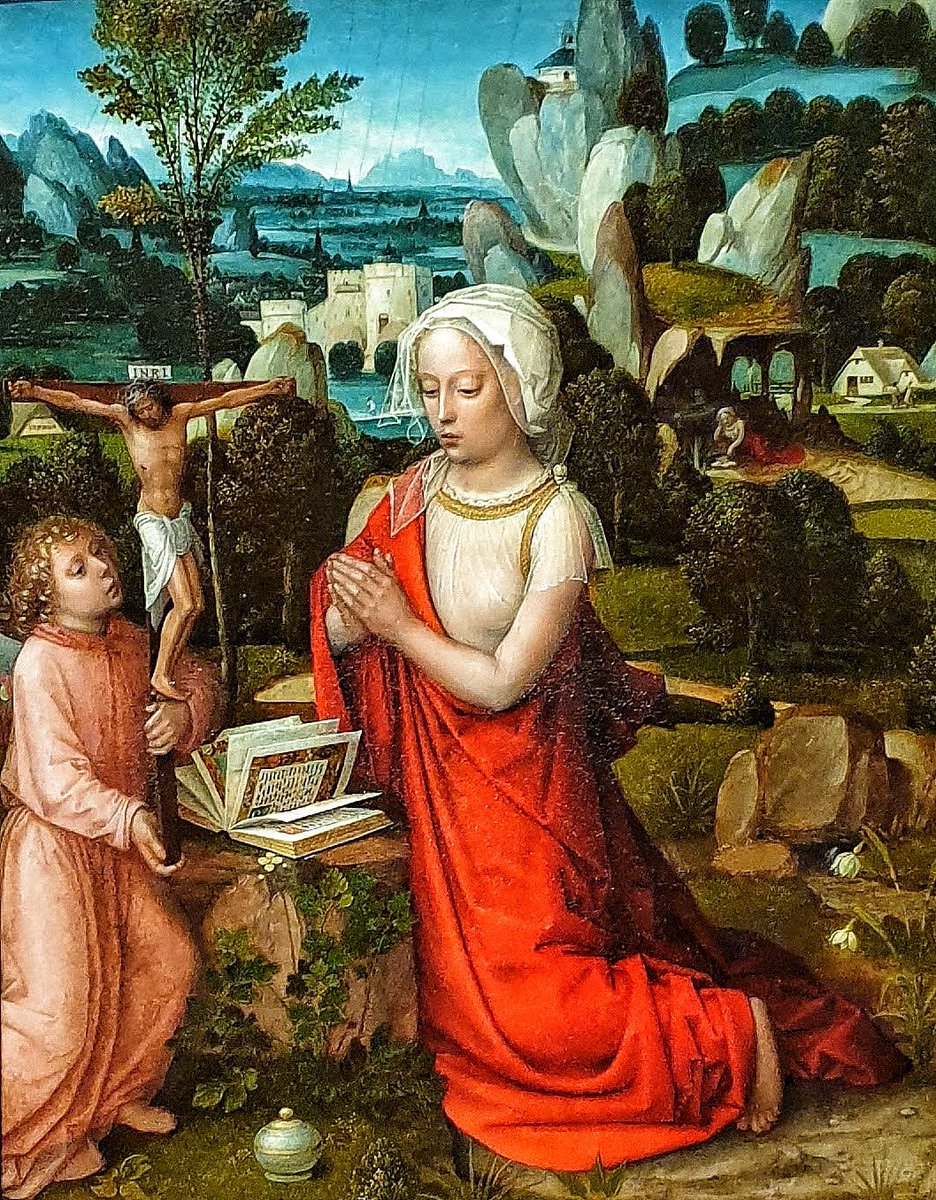 Bono di Ferrara, an Italian, painted this St Jerome, the ascetic saint who translated the Bible from Hebrew and Greek into Latin, about 1440.

Legend has Jerome taming a lion by healing its paw, but it looks chastised here, like my cats do when caught slicing up upholstery. /5 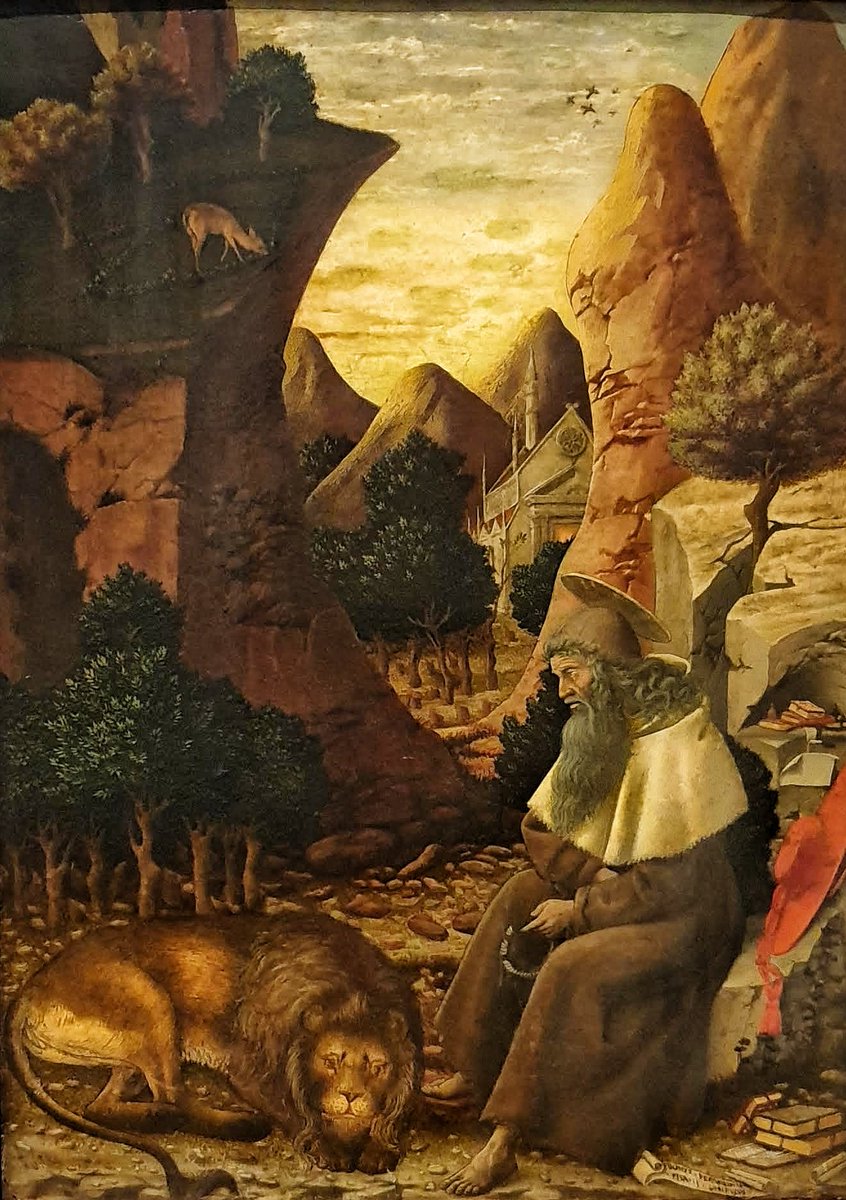 Pisanello, who hailed, funnily enough, from Pisa, painted this St Eustace in 1438.

2. The St Eustace legend is crazy - he found God after meeting a deer with a floating cross b/w its antlers. /6

One last medieval piece - Jan Van Eyck, of Ghent Altarpiece fame, made this sketch for St Barbara in 1437.

The tower behind her is meant to be that which her father imprisoned her. The palm frond in her hand is the traditional symbol of Christian martyrdom. /7 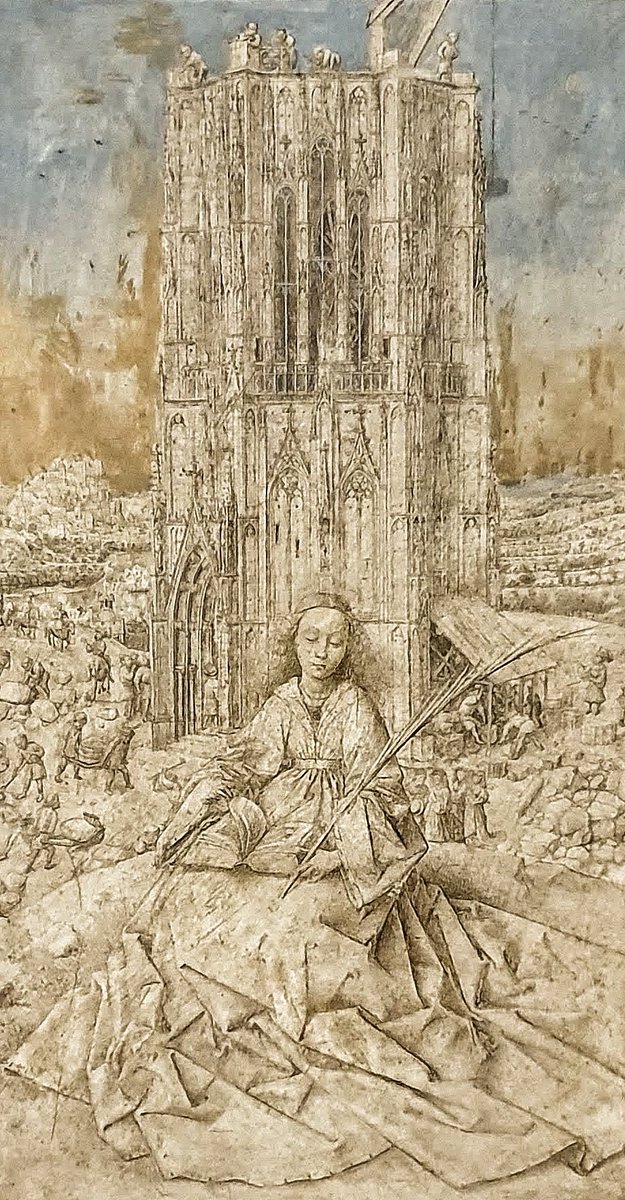 He painted this scene around 1660, showing a backyard close to the city wall. The mistress of a household gives her maid orders. /8 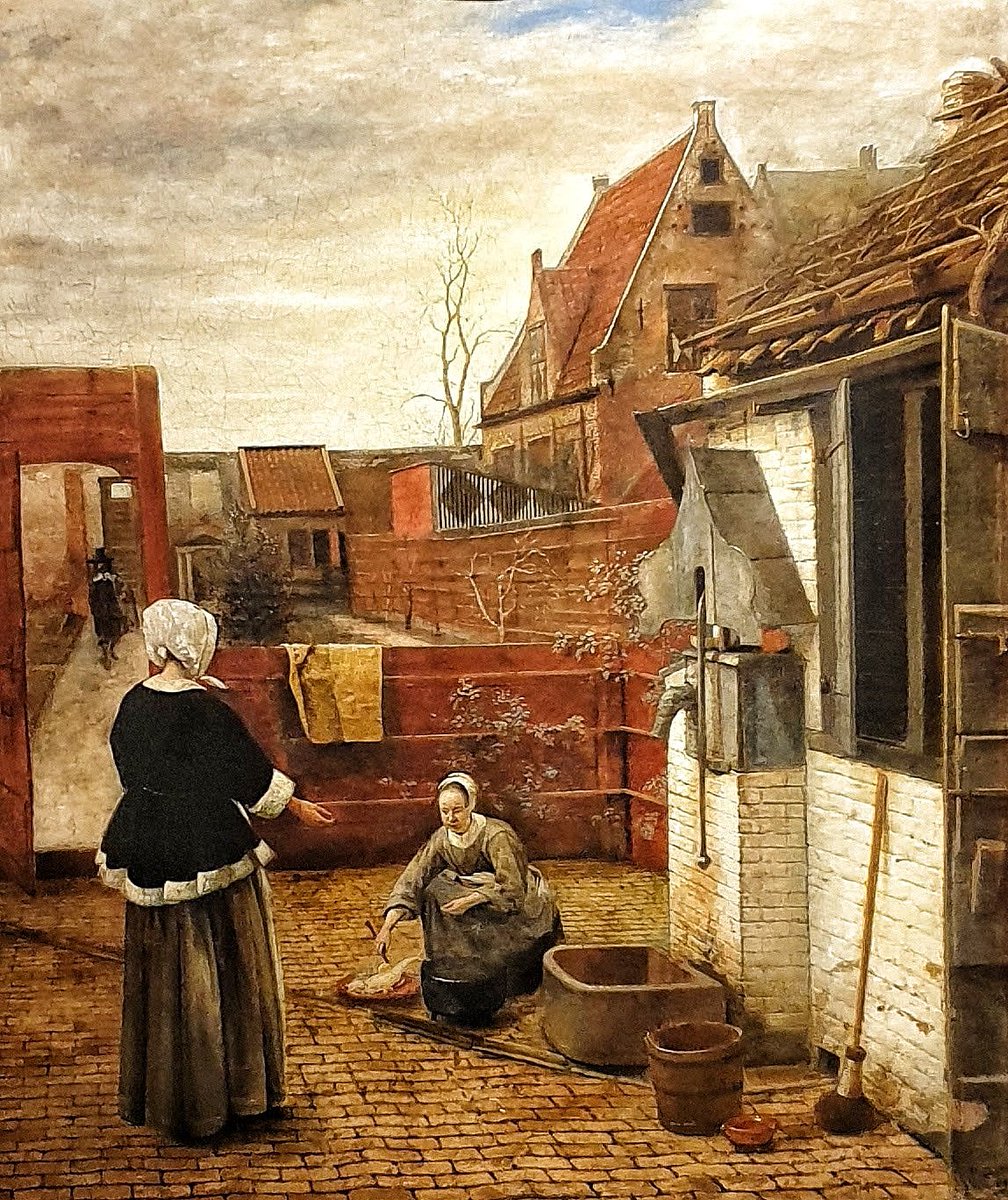 Godfried Schaklen's schtick was tiny pieces that used a single candle as a focal point. These were very fashionable in the 17th century Dutch Republic.

He painted these two lovers exchanging gifts in a bedroom around 1665. /9 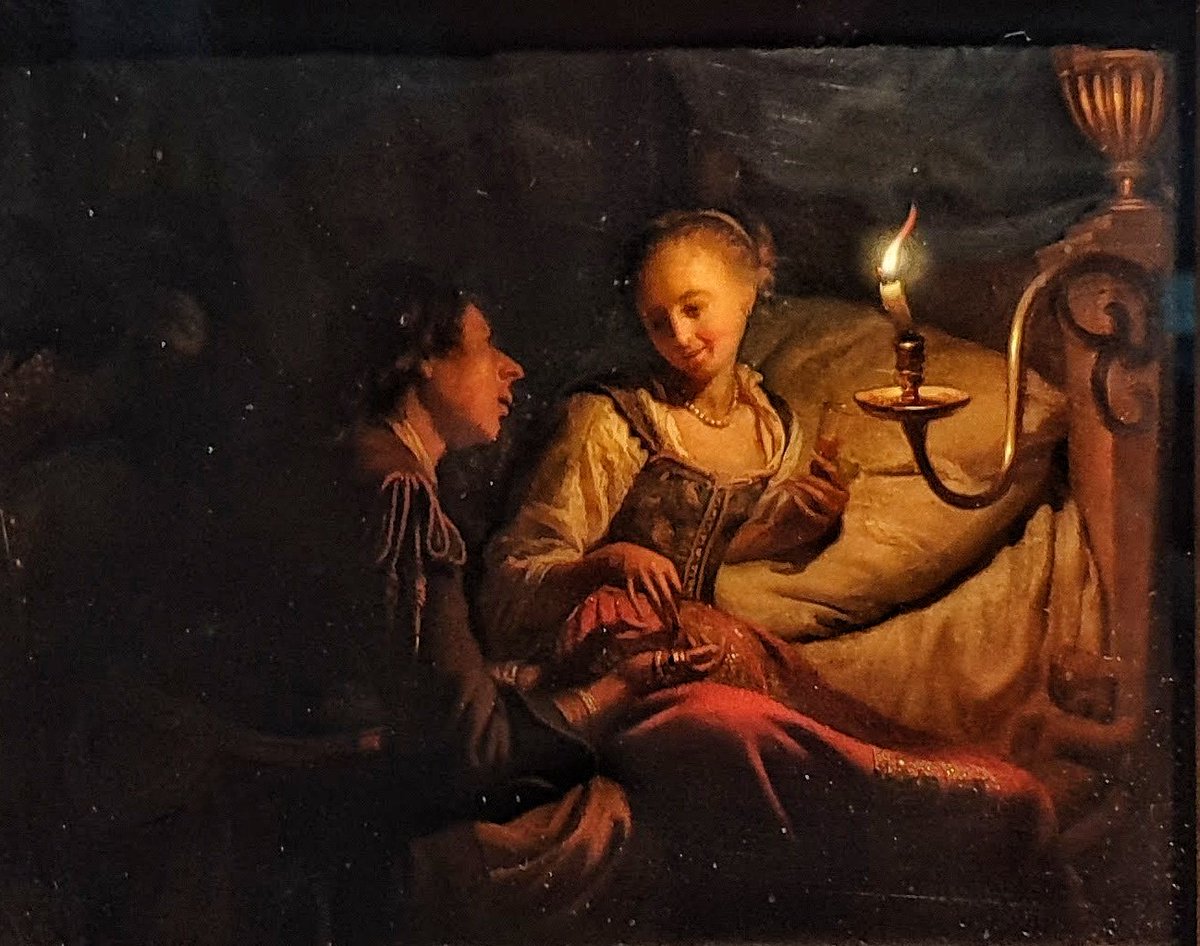 Another Dutch painter, Hendrick Avercamp was famous for his winter scenes.

Here he depicts a range of leisure activities against an idealised Kampen, where he spent a lot of time. He completed this work around 1615. /10

Pierre-Cécile Puvis de Chavannes painted this depiction of the 'Death & the Maiden' motif around 1872. 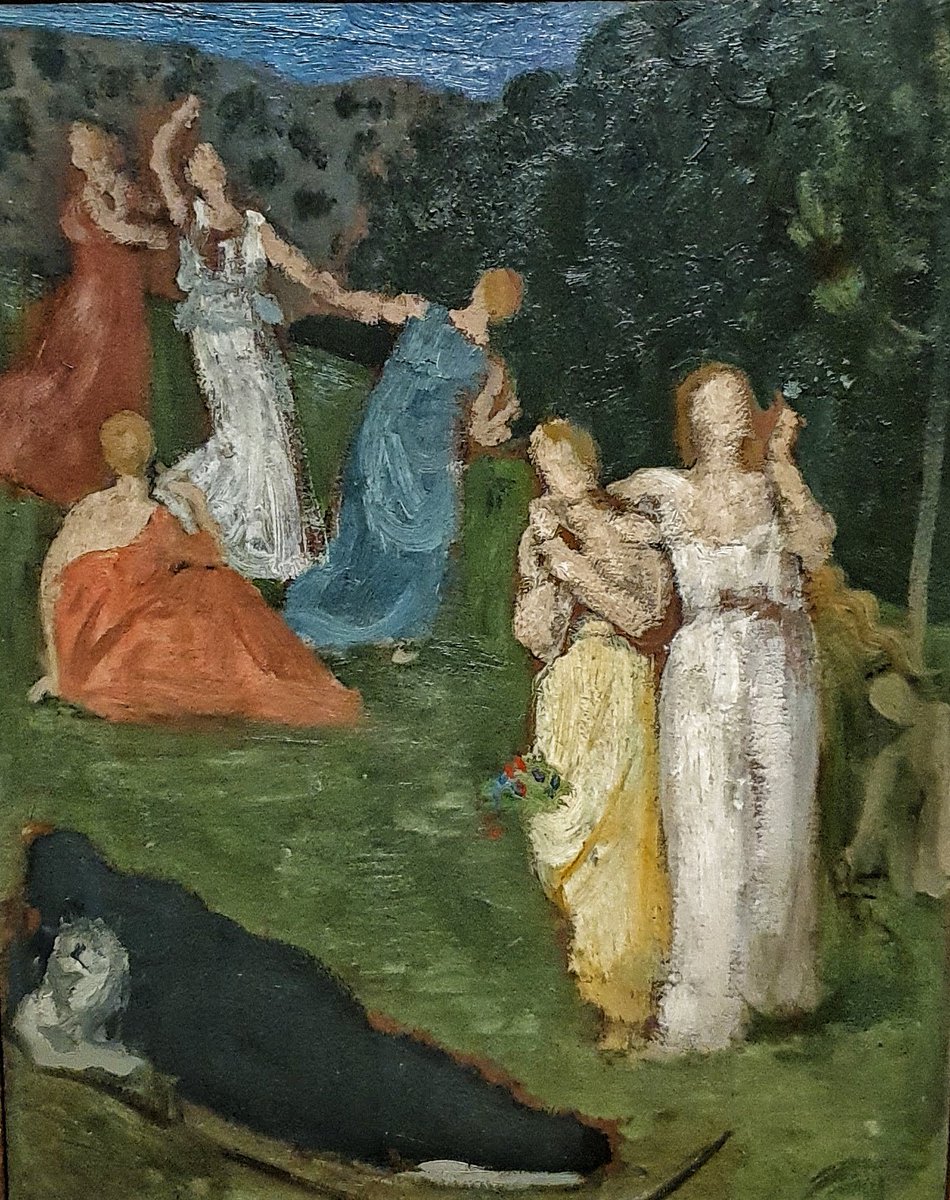 Contrasted by the cold, bright sky, the sadness here is almost palpable, darkness draping the villagers. /12 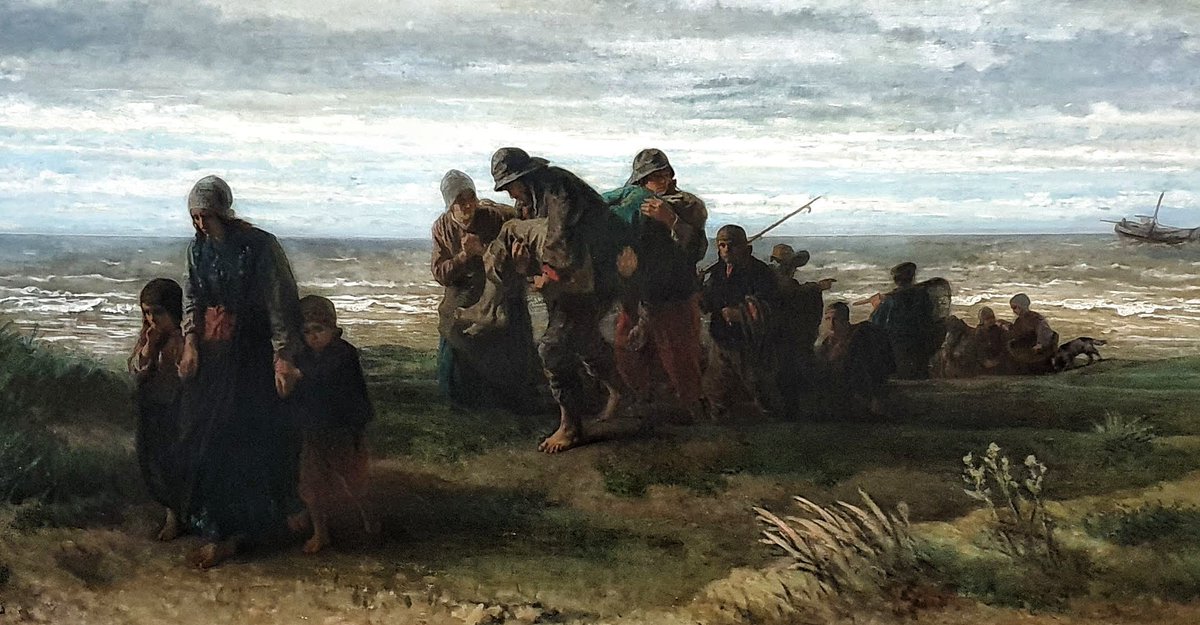 Hope you enjoyed that - it was a bit disjointed, granted, but I wanted to showcase some paintings that don't get enough love in the @NationalGallery.

Let me know if you like the art stuff - I'll do more. /FIN