I hear people say that shorter lines = better, but when I check the primary sources, I find that they have no primary source or that longer lines are arguably better.

Is there an actual study on this that studies reading "long" lines that finds that they're obviously worse? 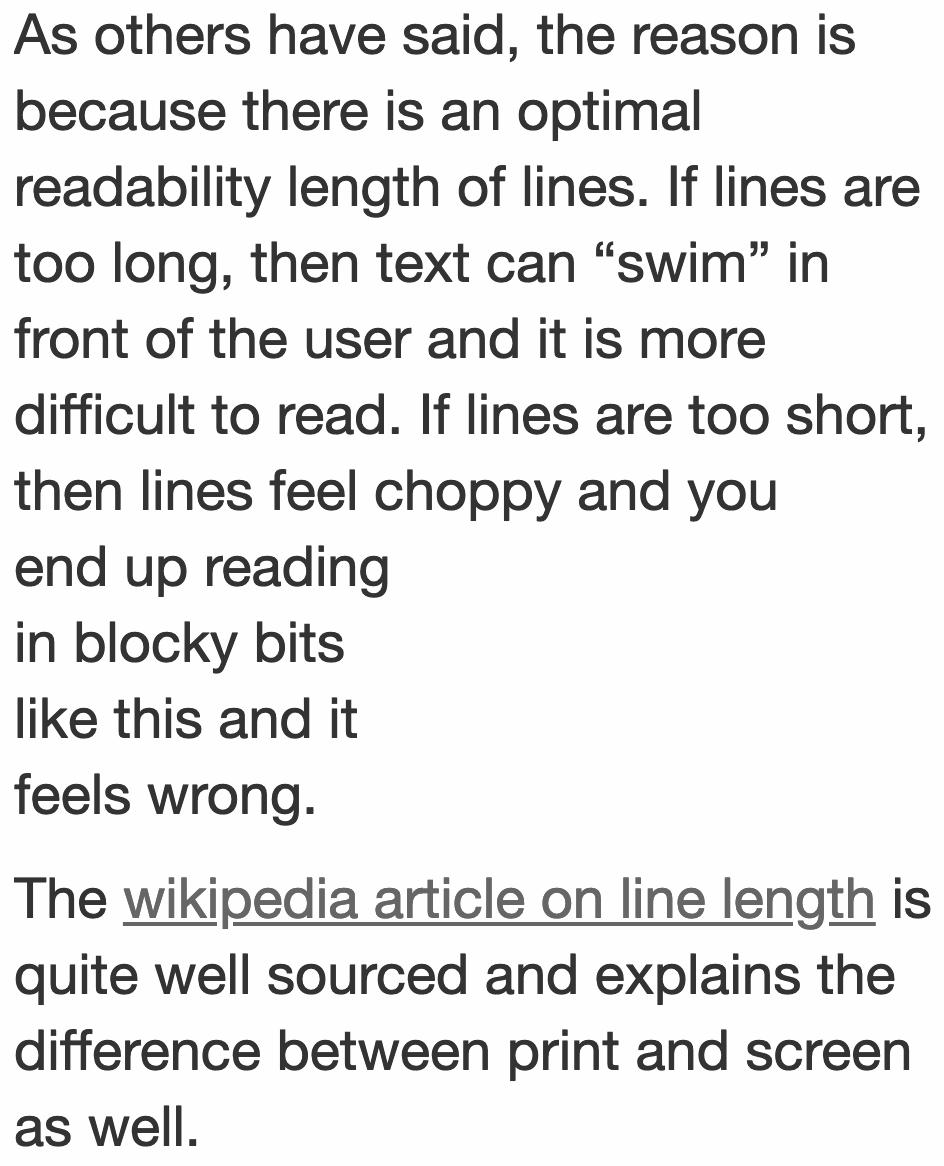 If you actually read the sources from the "well sourced" wikipedia page, you'll find that it's common that the longest line length tested = the highest reading speed. This is consistent with studies not linked from that page.

There's obviously some limit -- a 40 foot long line surely reduces reading speed, but it seems like no one's tried to find the limit?

When I talked to designers/typographers, they pull rank and tell me that "experts" know that shorter=better, but they also can't refer to sources

But it's funny how they pull rank. The conversation usually goes like:

Them: you should really consider looking at the data, longer lines are terrible
Me: I looked at the data, it doesn't seem to say that?
Them: oh, you can't trust data, you need intuition and experience

In addition to the empirical literature, people often suggest I look at my analytics data.

My analytics data appeared to show a slight improvement in engagement when I removed the CSS from my site (which may be noise).

They'll then point all all sorts of problems with analytics

Those problems are real, I'm using Google Analytics, which (by default) has profoundly bad measurements of engagement.

But if it's so problematic, why did you suggest looking at it and only dismiss it when it didn't support your argument?

This is something Andrew Gelman talks about -- if you have the same strength of belief in your argument regardless of what the data says, why make such a big deal about what the data says until it's pointed out that you're wrong about the data?