Y'know, I'm a frustrated museum tour guide, so tonight I thought I'd take you guys on a tour of my ten favourite things at the museum I probably spend the most time at - @LMWStuttgart, in Stuttgart. 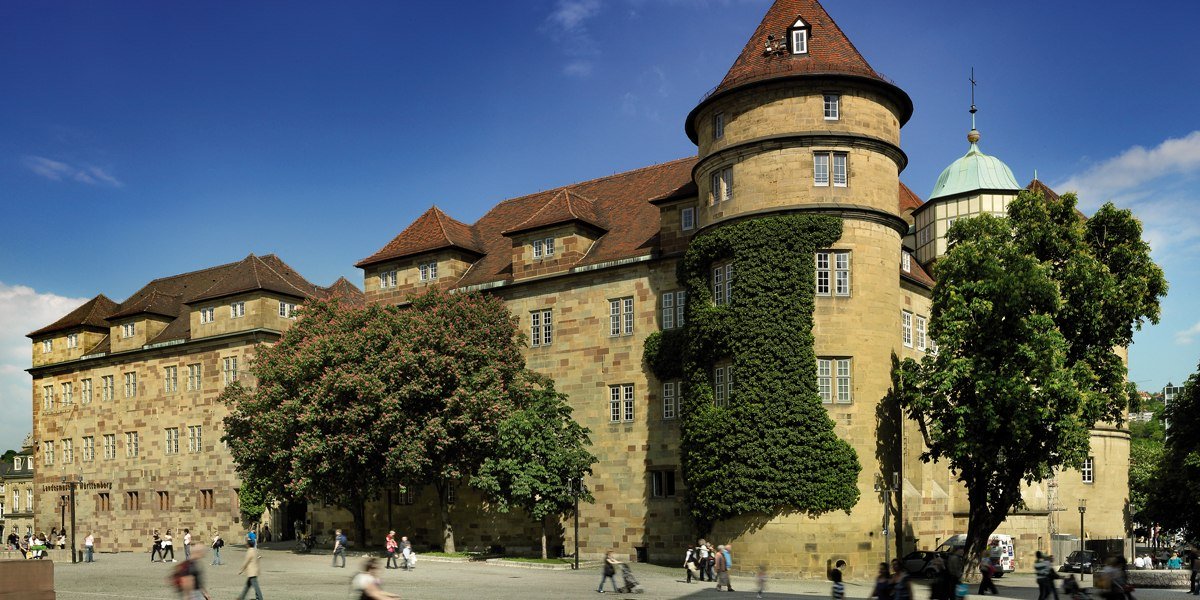 FYI, @LMWStuttgart is the state museum of Baden-Württemberg, one of sixteen German states, or 'Bundesländer'.

It's housed in Stuttgart's Alte Schloss, or 'Old Castle', the former seat of the Dukes of Württemberg. 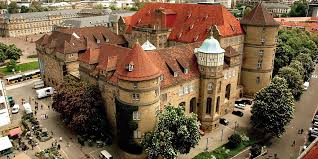 These guys, carved and shaped by the ancestors of today's Germans, were used around the Brillenhöhle cave near Blaubeuren some 12,000 years ago.

It's thought they were use to catch otters and other unfortunately adorable creatures. 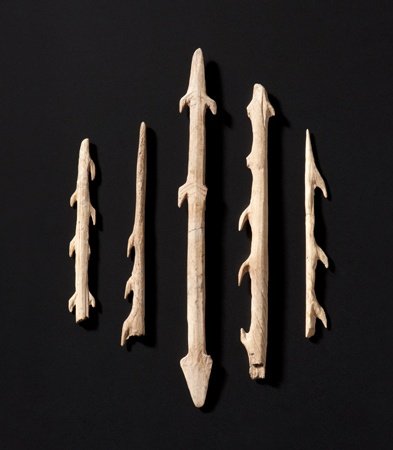 2. The Couch of the 'Hochdorf Prince'

This bronze couch (a detail of which is in my header) was already 100 years old when it was buried, bearing a Celt chieftain, around 530 BC.

3. The Stele of Holzgerlingen

This statue, about a hundred years younger than the Hochdorf Chieftain's couch, depicts an unidentified Celtic god.

The things sticking out of his head ain't freaky bat ears, but a garland of leaves. He's also two-faced, Janus style. 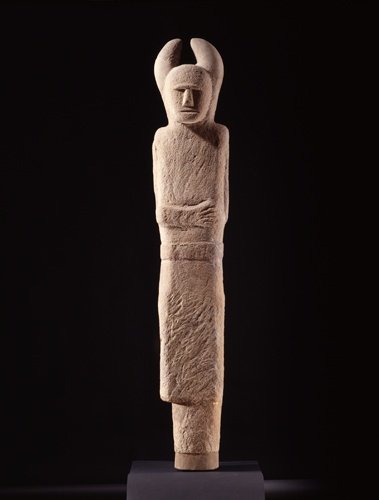 The borders between the Empire & the 'Barbarians' - the Rhaetian Limes, and Limes Germanicus both extended through Bsden-Württenberg.

This is the parade helmet, from the 2nd or 3rd century, or a cavalryman who served on the frontier. 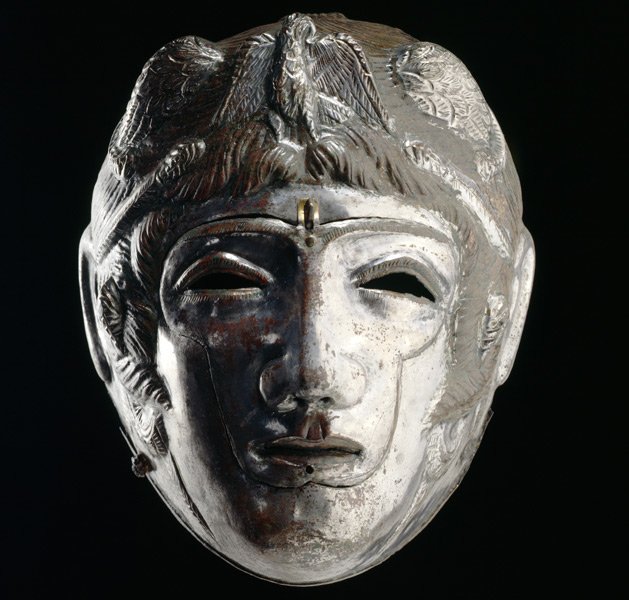 This one is sad, but beautiful. In the 6th century, early medieval Germans were buried in oak coffins, carved from oak trunks.

This example for a child, near the town of Oberflacht, has a carved snake on it, probably to scare off evil spirits. 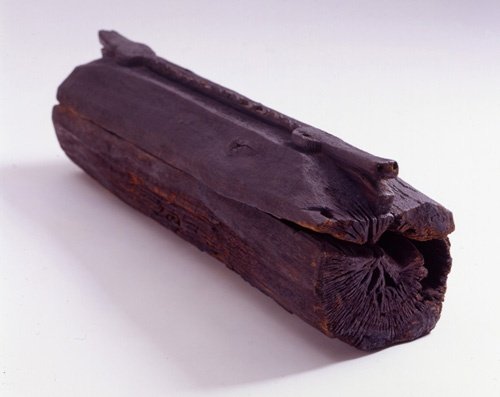 We commonly associate the early medieval period as being dull, brown.

These colourful, shining jewels and beads were buried with a high-status woman in around 630 AD, where the Martinskirche is today.

Gold, amber and pearl - it's all there. 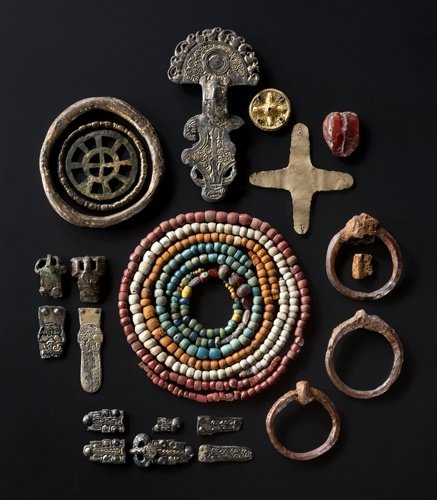 15th & 16th Germany was known for its spectacular religious art & especially its altars.

The Talheim Altar is an amazing example, once stood in the Church of St Cyriacus & St Pankratius in Talheim, near Heilbronn. 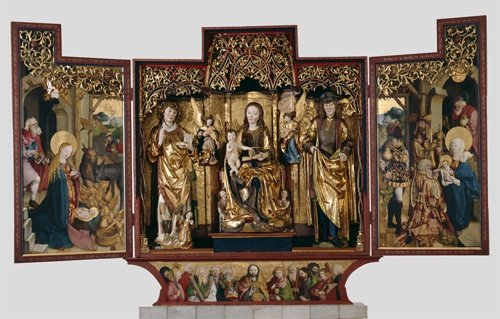 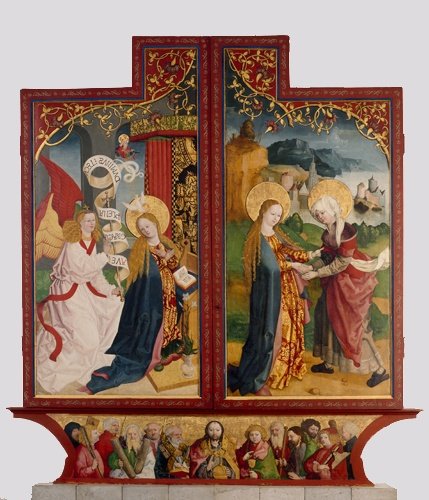 Duke Ulrich of Württemberg had this steel helmet made in Nuremberg around 1520. 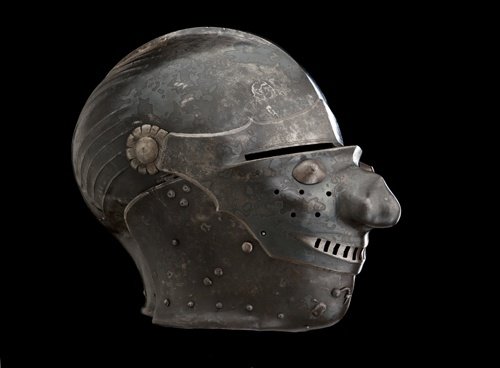 Mess around in the town of Schwäbisch Gmünd in the 18th century - get pissed, cause a disturbance, etc - and you might end up padlocked, very uncomfortably, in this barrel.

Your head would stick out the top. 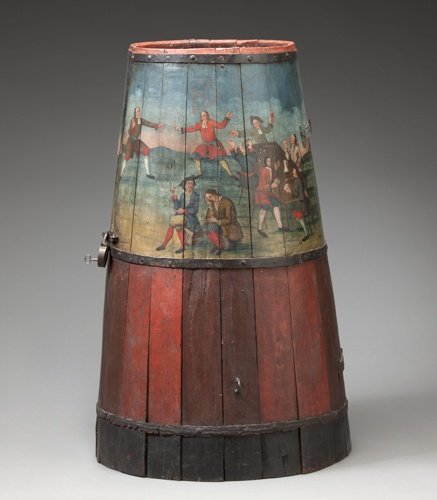 Karl-Eugen was a randy old goat. He slept with nearly every woman at his court. He kept track of who he'd shagged by making them wear red shoes. 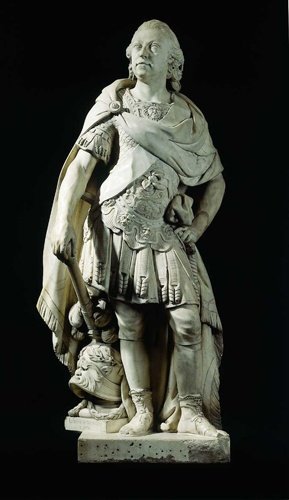 Hope you enjoyed that. It's one of my favourite places to explore.

Also, @LMWStuttgart, if you ever need English-language stuff, I'm practically a local, apart from the living in England thing! ;) /FIN