Eric Garland+ Your Authors @ericgarland Intelligence analyst and advisor to CEOs and governments. I break down global events into clear narratives and appropriate profanity. Apr. 11, 2019 1 min read + Your Authors 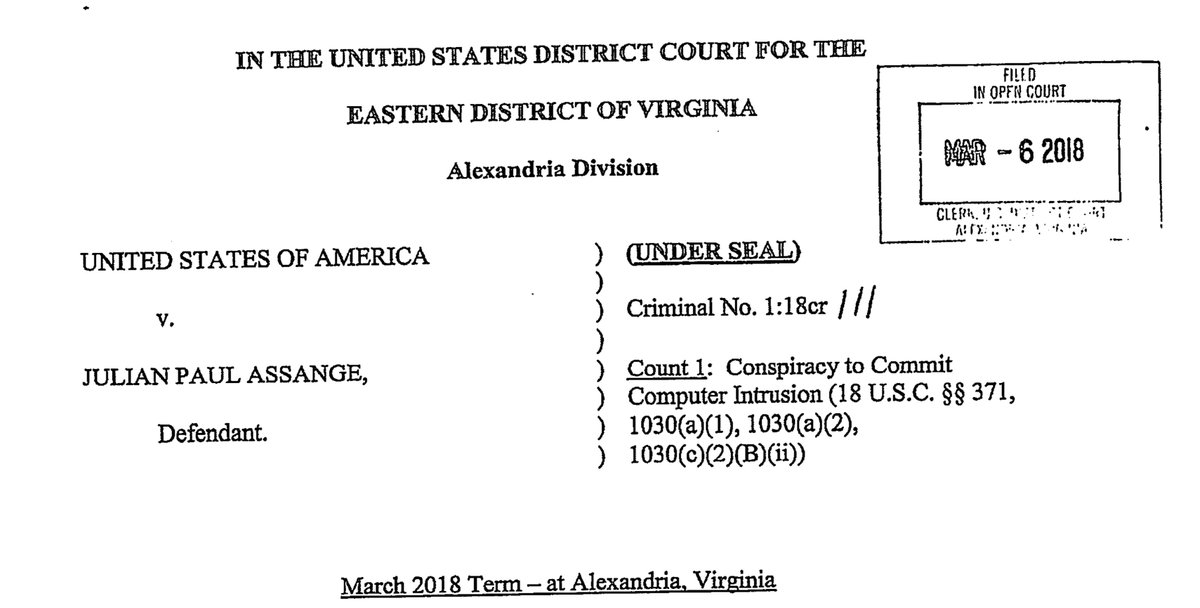 Manning was never a "whistleblower," but a criminal. Duly warned of consequences. 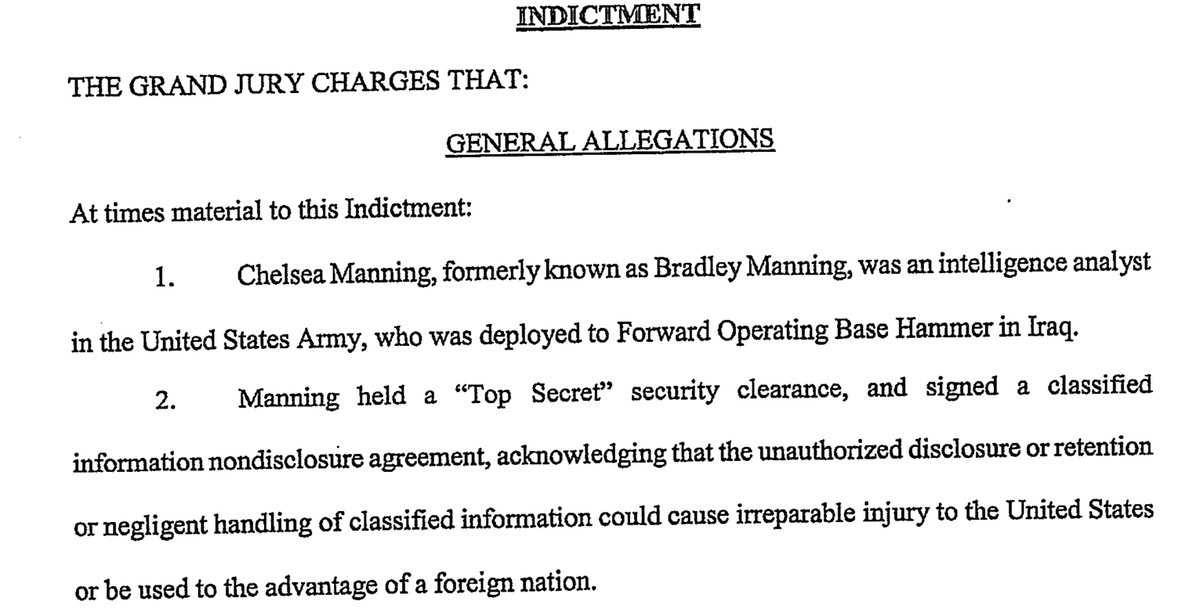 PUBLICATION OF CLASSIFIED INFORMATION IS NOT JOURNALISM, YOU GASLIGHTING TRAITORS. ESPECIALLY NOT FROM NON-US CITIZENS. 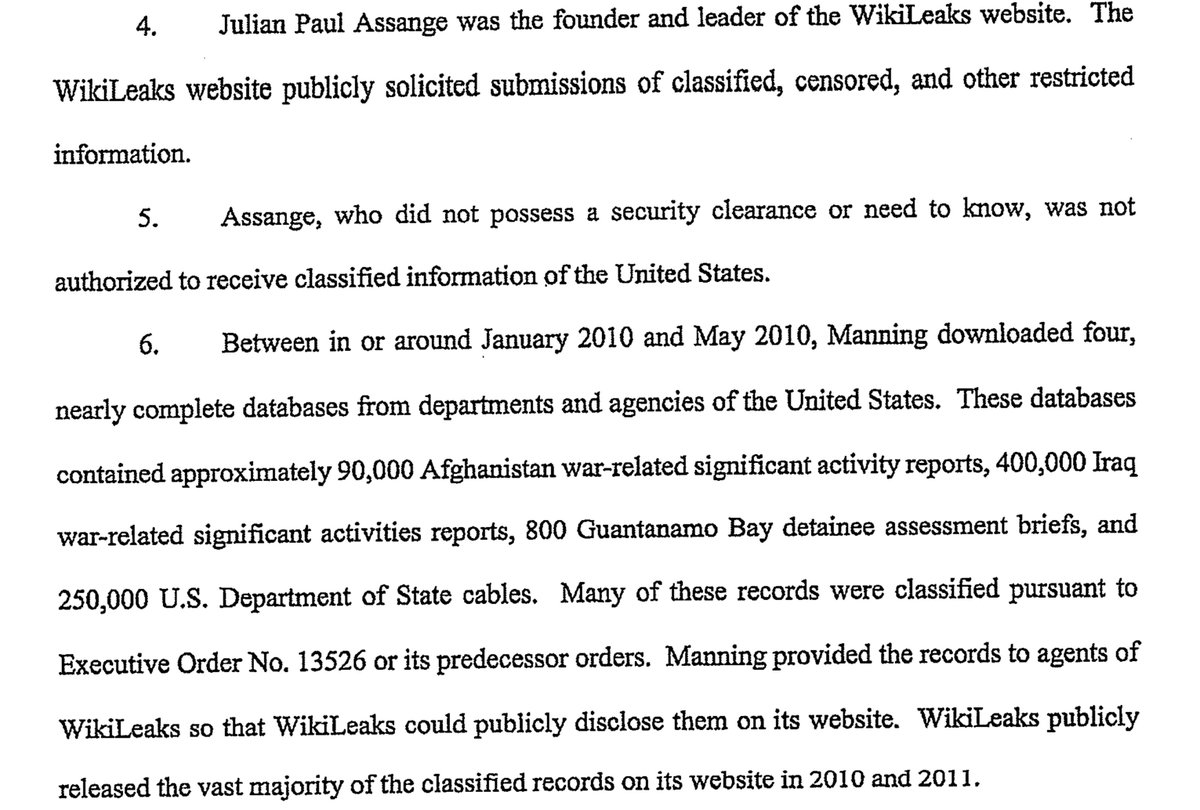 1. THIS IS NOT JOURNALISM, BUT AN ATTACK ON THE United States.
2. How would Assange know how to do this? 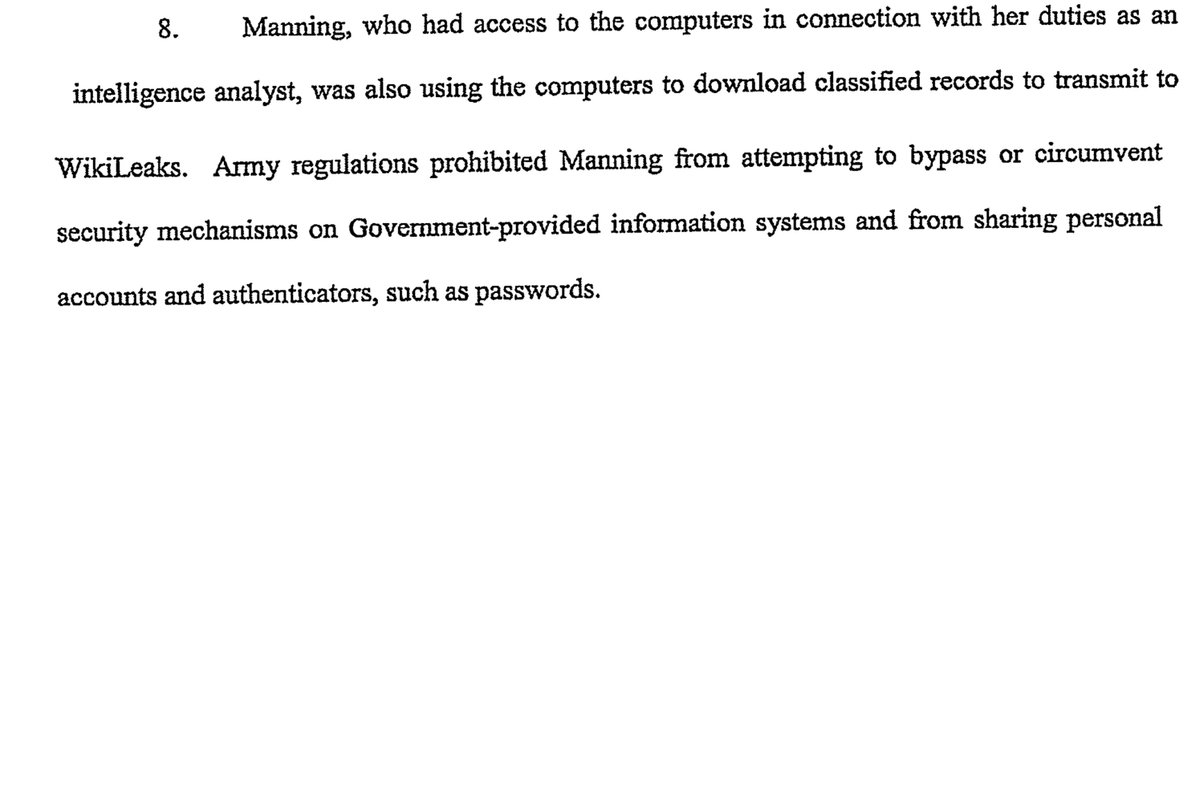 Espionage during wartime when NATO had invoked Article 5 of the Treaty. Oh, this is very bad.

Conspiracy with a foreign power to commit espionage during wartime.

This indictment ends quite simply - all the rest awaits.

It was never journalism. It was always espionage. </> 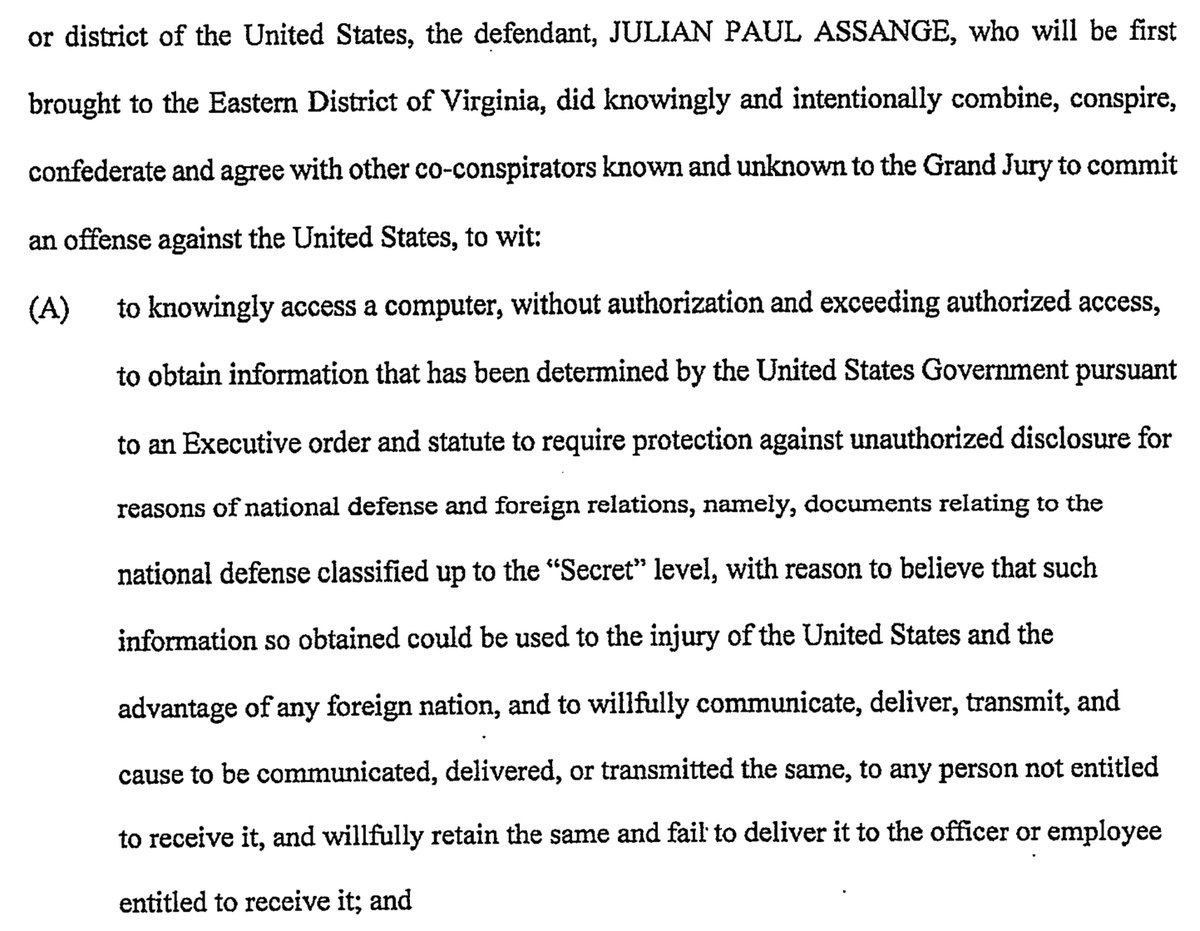