A week after the United States revoked the ICC prosecutor’s visa in apparent retaliation for the torture probe, the court’s three-judge panel rejects and stops that investigation.

On a quick read, this appears to be the crux of the decision:

The probe meets the ICC’s requirements to open an investigation, but the “current circumstances of the situation” make one unlikely to be successful. 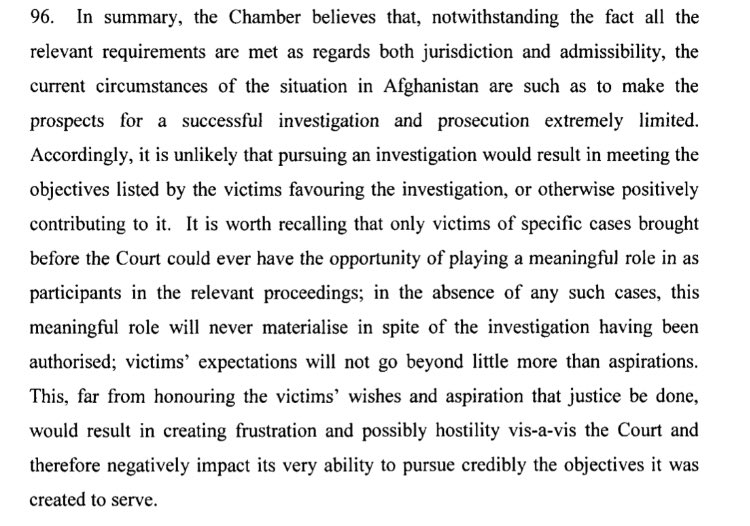 Both the timing and the substance of the ICC’s decision send the message: “bullying wins,” @katherga1 tells me.

INBOX: The ICC’s press release on this decision. 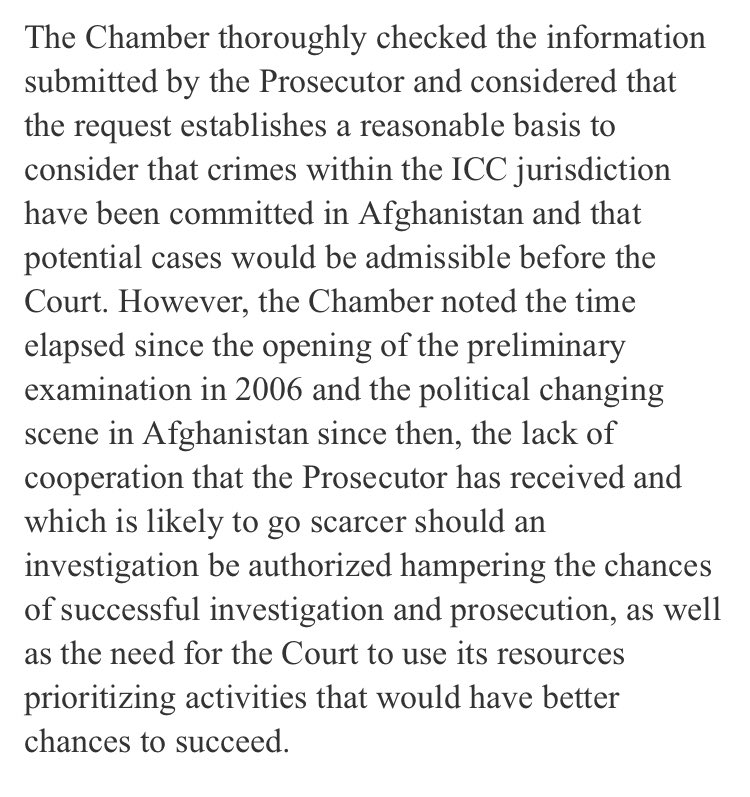 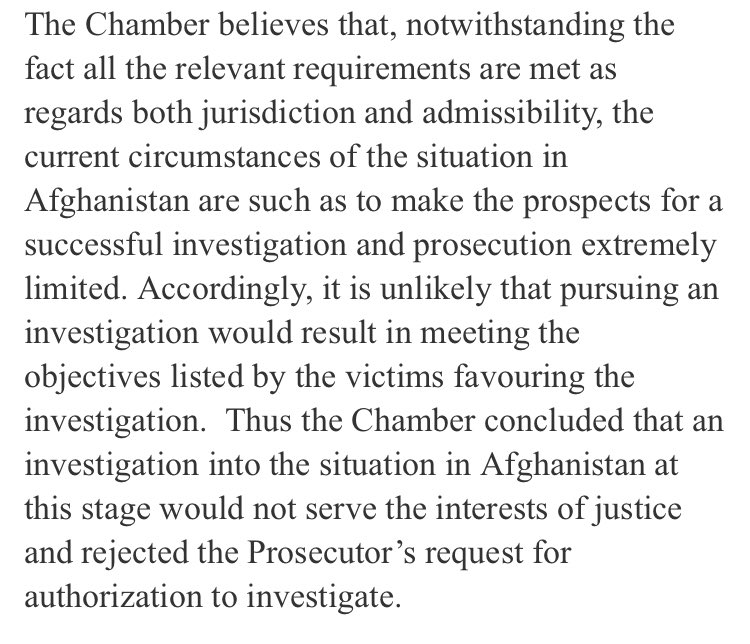 That statement makes pretty explicit that “lack of cooperation” from a country whose citizens are being investigated by the ICC can succeed in scuttling a war-crimes probe.

The ICC's presiding judge, a Congolese jurist who previously served in the International Criminal Tribunal for the former Yugoslavia, is expected to write a concurring opinion "in due course."

Look out for my story soon on @CourthouseNews and I'll update with any developments.