THEY DID IT!!! Colorado @MomsDemand volunteers supported @Sully_720’s efforts this year to pass an ERPO bill, and today it was signed into law by @GovofCO. This victory was the result of flipping the makeup of the state senate to a gun sense majority in November. 🙌🙌🙌 #coleg

Thank you to the bill’s sponsors @AlecGarnett and newly elected Tom Sullivan (@Sully_720).

Sullivan’s son, Alex, was fatally shot at the Aurora theater. Listen to him explain why he fights to protect Coloradans from gun violence in his son’s honor. #coleg

The new law will empower Colorado family members and law enforcement to ask a judge to temporarily suspend a person’s access to guns if there is evidence the person poses a risk to themselves or others. It was opposed by the @NRA. 💪💪💪 #coleg 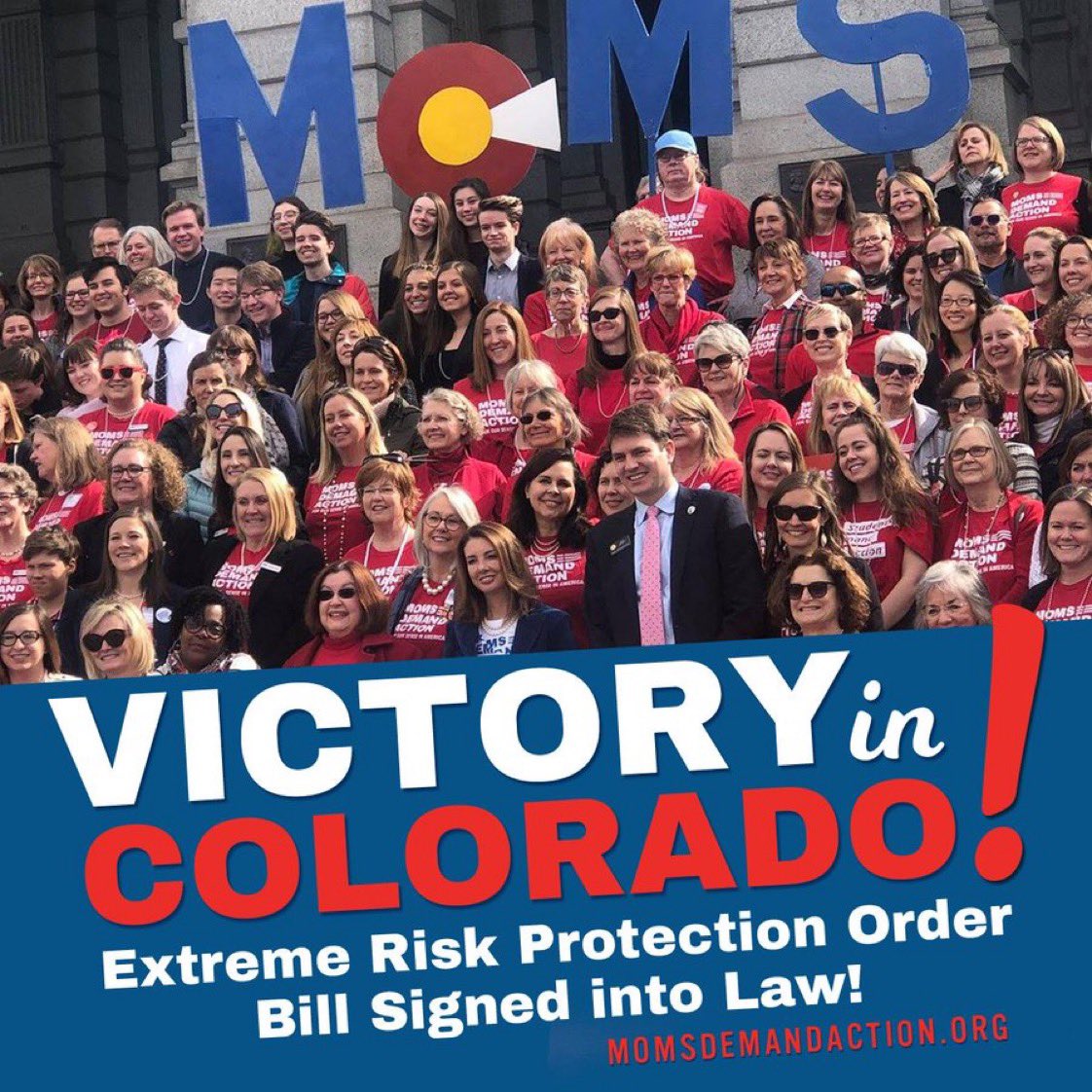