Google is letting law enforcement trawl for suspects by asking “who was in this area, during this time?”. Google has the location records of hundreds of millions of people going back years. Seriously disturbing.  https://www.nytimes.com/interactive/2019/04/13/us/google-location-tracking-police.html …

People are ending up in jail because they had their Google-tracked phone on them at the wrong time in the wrong place. It’s utterly reprehensible that Google stores location data like this for so long. If the data is there, the cops will ask for it. Don’t. Keep. The data!!

Next question should be: Does this “only” concern Android phones or are iOS phones running Google Maps liable to this kind of invasive, dangerous tracking as well? That sounds like the best argument for switching to Apple Maps I’ve yet heard.

“But cell phone companies track this data too!”, goes the defense. Except, no. Google’s data is far more precise. Here’s the police cheering about what a “game changer” it is to be able to mine Google’s location records with geofence warrants 😧 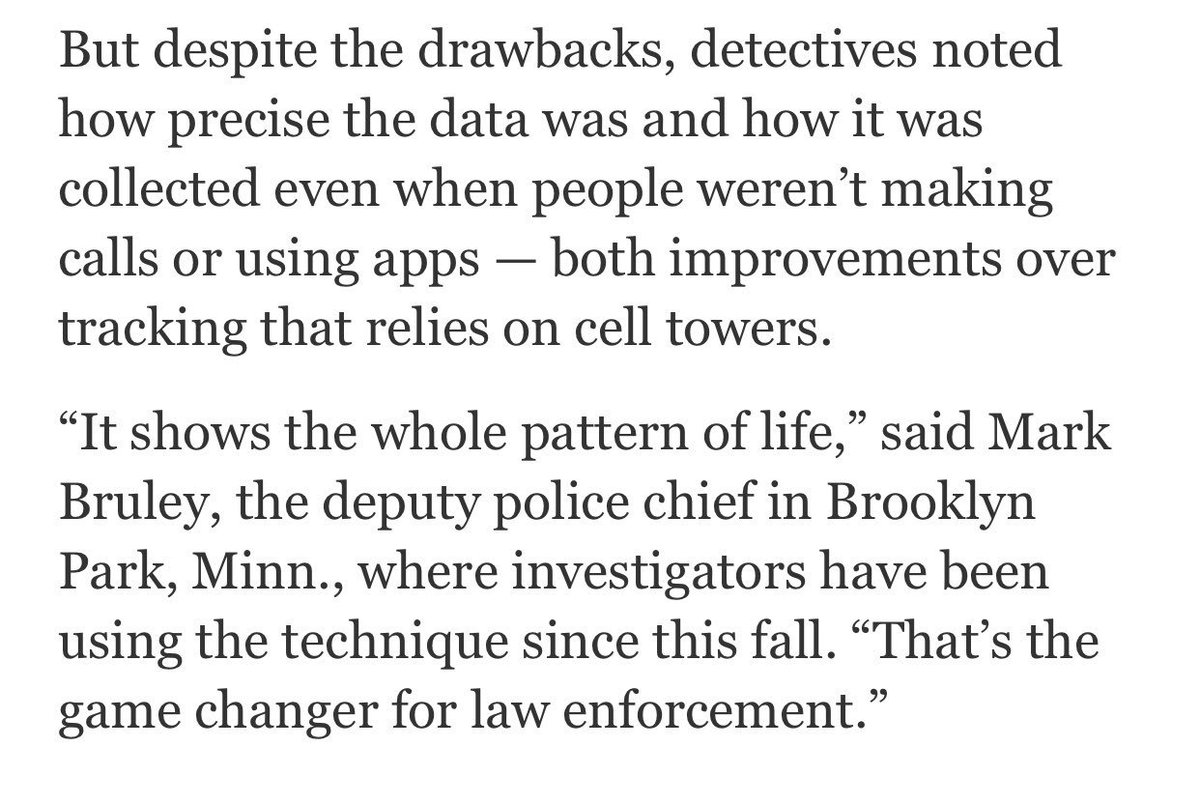 It’s atrocious that Google is allowed to store location data on people in this manner indefinitely. These records, inasmuch as they’re required to provide vital services (like maps), should be a) short-lived and b) anonymous. But that of course conflicts with Google’s biz model.

What’s even more tragic is that Google’s collection of location data is likely to disproportionately hit people who buy cheap Android phones. The kind of people least likely to have the resources to fight a false charge, based on data generated by using said phone. ☠️

“The data that is sent to Maps while you use the app — such as search terms, navigation routing, and traffic information — is never tied to your Apple ID”, okay, switching. I’d rather be taken to the wrong place than have my every move tracked forever.  https://www.apple.com/ios/maps/