(THREAD) As we near the release of a heavily redacted Mueller Report, it's time to ask one of the *biggest* questions of all: when Trump and Flynn were briefed on August 17, 2016 about Russia attacking us and trying to infiltrate Trump's campaign, what did he say to the briefers? 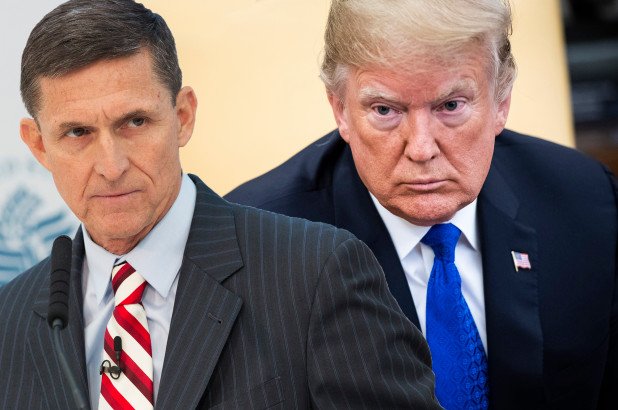 1/ Did he tell his briefers about all the ways he knew his campaign had already been infiltrated and solicited?

2/ Did he reveal that he had a self-described “Kremlin intermediary” (George Papadopoulos) on his national security team?

3/ Did he reveal that his top national security adviser, Michael Flynn, had met with the Russian ambassador—and even Putin himself—in December 2015?

4/ Did he reveal that his national security adviser Carter Page had met with a Kremlin official in Moscow?

5/ Did he reveal that his campaign manager Paul Manafort had negotiated a key plank in the Republican platform with a Kremlin spy (Konstantin Kilimnik)?

6/ Did he reveal to his briefers that the Kremlin was trying to set up a secret summit with him?

7/ Did he tell his briefers—in fact—even the *smallest* piece of the veritable *mountain* of information he had about Russia’s covert activities, including outreach to him by Kremlin agents via Rick Dearborn, Paul Erickson, and others?

8/ Did he tell them about the deal he was secretly negotiating with the Kremlin and its agents for a multibillion-dollar tower in Moscow?

9/ When his briefers told him the Kremlin was trying to ingratiate itself with him, did he tell them about a Kremlin-connected Russian oligarch suspiciously overpaying him by *$54 million* for a house earlier this decade?

10/ Did he tell his briefers that a Russian oligarch tried to send hookers to his hotel room (a room he said he knew was wired for sound and audio) *after* he'd decided to run for office but *before* he'd announced?

11/ Did he tell his briefers that he'd secured land, funding, and permits for a tower in Moscow with Putin's favorite real estate guy as his partner in the deal?

13/ Did Flynn reveal to the briefers his secret plan to drop sanctions on Russia so that Russian companies could build nuclear reactors in the Middle East (once Trump had given U.S. nuclear tech to the Saudis and Emiratis)?

14/ The briefers had just told Trump that America was under attack—that his campaign was under attack. They wanted intel that could assist in their work. And we already know what Trump told them: no deals, no business, no nothing. He *lied to law enforcement* to cover for Russia.

15/ Why did Trump withhold *everything* he knew about the Russian plot—during the presidential campaign—to protect the Kremlin, even as he was being told that its crimes were ongoing? Why did he lie to U.S. law enforcement? Why did Michael Flynn? We *need* an answer—now. /end