(Thread) How to talk to MAGA people

By MAGA I mean the part of the Fox-Trump-GOP who have what psychologists call an authoritarian predisposition.

This isn't the entire Fox-Trump-GOP.

1/ From Stenner: about 1/3 of the population are inclined toward authoritarianism.

2/ Non-authoritarians, on the other hand, are comfortable with nuance and complexity.

Authoritarians prefer obedience and conformity, “oneness and sameness over freedom and difference.” They like regularity.

3/ They are who they are. Stenner says “it’s another way of being human.”

When authoritarians feel confident in their leaders and don’t feel threatened, they’re good citizens: They respect institutions. They follow norms.

The problem happens in an “authoritarian dynamic.”👇 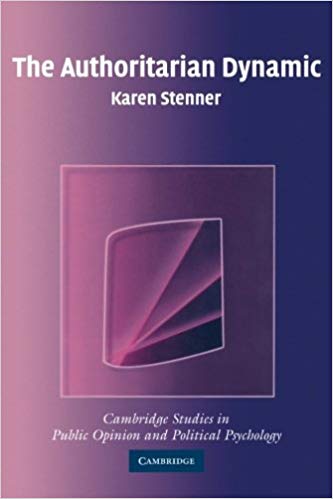 When faced with real or fabricated stories about social conflict or poor leadership, authoritarians become intolerant.

5/ They become fearful and angry, and inclined to reject difference and punish ‘deviants.’ At the extreme, they can be violent and tolerate cruelty to others.

An example of a such a threat is that “Mexicans rapists” are crossing the border to hurt them.
https://www.cnn.com/2018/04/06/politics/trump-mexico-rapists/index.html …

6/ FOX spent decades creating such threats, persuading people that they're in danger and that “real” Americans are being displaced by dangerous “others.”

Fox & Trump also persuaded their “base” that Democrats are their enemies because Democrats side with the “others.”

7/ “Democrats” are loosely defined to mean anyone who opposes Trump.

In the “us v. them” dynamic, Democrats are “them”👇

We’re having an authoritarian moment. 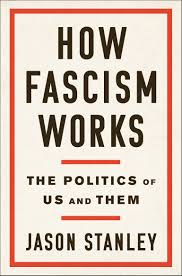 8/ Of the three types, authoritarians are “the most readily malleable, the most easily exploited.” (Stenner)

The Trump-Fox-GOP are manipulating those with authoritarian personalities.

Dear People who Underestimate Trump: Notice how deftly he exploits their fears👇 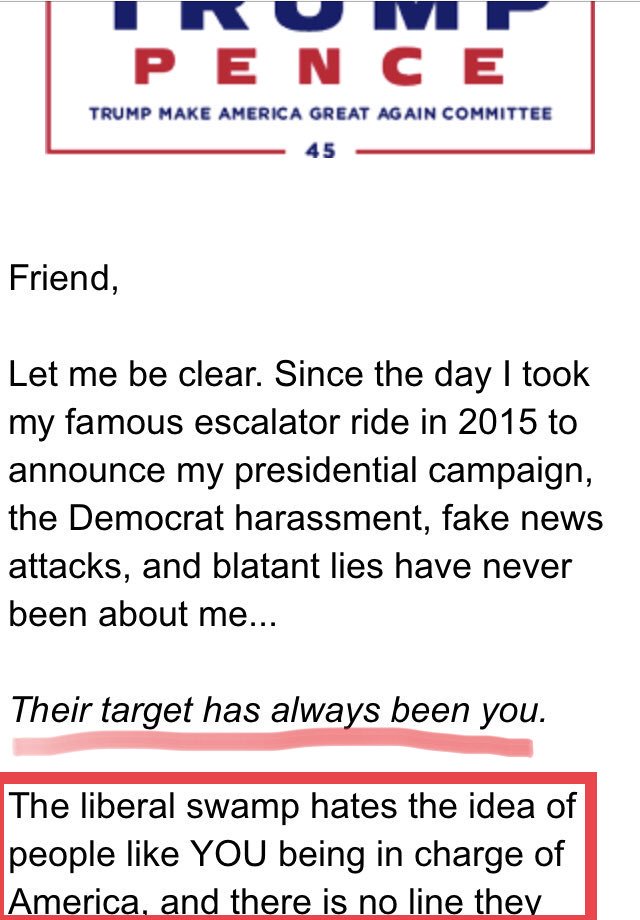 
My point here is that the villains are the manipulators and the exploiters, not those who are manipulated and exploited.

10/ When people attack Trump, MAGA people get more riled. They need to feel confident in the leader; attacking him makes them feel attacked.

They “thrill at his fights with the establishment, seeing him as warrior" on their behalf 👇
https://www.nytimes.com/2018/12/22/us/politics/trump-two-years.html?action=click&module=Top%20Stories&pgtype=Homepage …

11/ When we talk to MAGA people, the goal isn't to use logic or arguments to try to change their minds. Mostly you can’t. It makes things worse. The goal is to reassure and calm them.

As👇points out, logic doesn’t work and confrontation can be dangerous.

12/ Our goal is to “deactivate the dynamic.”

“Authoritarians dislike politics and mostly just want to be reassured that all is well.”

When they're not riled or afraid, they basically step down and stop “manning the barricades.”
Quotes from @karen_stenner

13/ This is why Fox and Trump must constantly stir them up.

“They like quiet, uniform lives. If they're not riled—if they have confidence in their leaders and don’t feel threatened—the concern that they have for the collective can be channeled in constructive ways.” (Stenner)

One way to talk to authoritarians is to “simply, calmly, subtly affirm the shared norm that contradicts Trump’s behavior, ideally without mentioning Trump.” (Stenner)

15/ Based on these principles, I’ve come up with examples of how to talk to MAGA people. This was my first try. I expect others can do better.

(Stenner promises to do something similar herself)

Don't try to explain why someone might prefer "happy holidays." (They’re averse to complexity & nuance.)

“Hate Christmas? Ridiculous! Why would someone say that? Someone's trying to turn people against each other.”

17/ MAGA person says: “I want a wall because I hate illegal immigration.”

You: “Me, too! We must sort them at the border! Those trying to sneak in illegally, Out With Them! The good family ones who have a right to come, let them in legally."

Immigration judges, by the way. . .

18/ . . . do exactly that. Immigration courts decide who can be here legally. (I've written about immigration law.)

Will this get your MAGA neighbors and family to vote Democratic and stop watching FOX?

Probably not.
But it may help decrease the dangerous polarization.

Minty, this includes asylum seekers. There is a legal process. Asylum seekers are not entitled to say unless they meet the criteria. They're entitled to a hearing to determine whether they qualify for asylum (cont) . . .

. . . As with “no collusion” Trump has cleverly recast the debate to claim that democrats are in favor of open borders and illegal immigration, which is silly.

Democrats are in favor of following the law.

Adding: There was a time not long ago when I could respond to most questions because I could easily tell who was asking sincere questions and who was not.

That's gotten a lot harder for me lately.

For me, a "sincere question" is one that comes from the viewpoint that . . .

. . . Civil War and violence is a bad idea, and we must avoid this at all cost.

There are people out there, extremists of all types, who WANT to see violence in America.

Their aim is to subtly push us that direction by persuading people that it's too late, all is lost . . .

I think the idea of a second civil war, being talked about on the far right, is absurd and extremely unlikely.

One goal of the troublemakers is to scare people into thinking it's inevitable, which can become self-fulfilling.

All of my threads are blog posts. You can view this one here:  https://terikanefield-blog.com/how-to-talk-to-maga-people/ …

I do like to answer questions, but I can't answer them all. Sometimes good questions get buried and I don't see them.