Happening now: CJ Grisham, a Texas gun extremist with a long arrest record, showed up at the statehouse today to testify while openly carrying a loaded handgun. CJ has been very vocal about how he was able to get an out-of-state gun permit in order to carry in Texas. #txlege 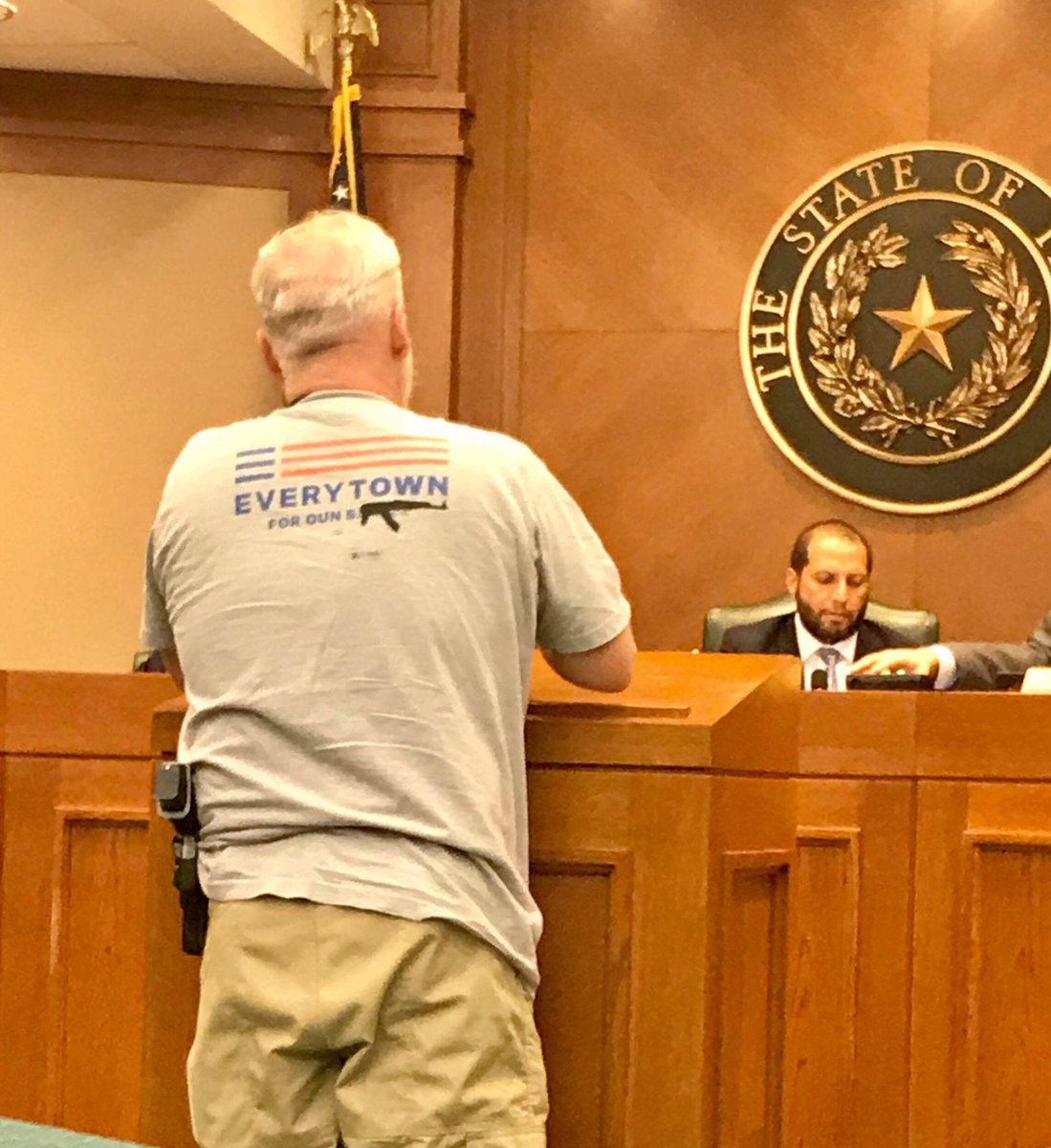 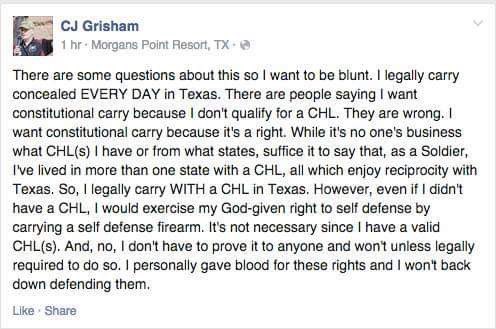 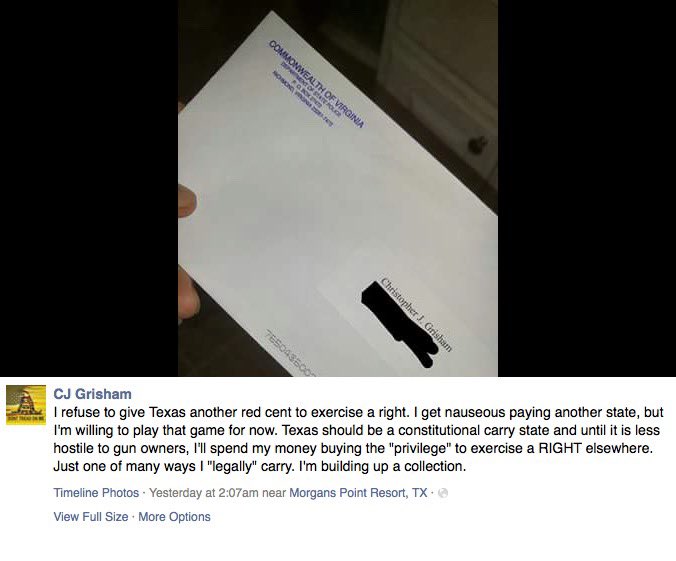 This guy is the poster boy for why the @NRA’s Concealed Carry Reciprocity dream is a nightmare for public safety: Texans must have a license to carry that is recognized by the state. This guy doesn't qualify for one in Texas, but he does in states with lower requirements. #txlege

And he didn’t have to go through security to get into the hearing - even though he has an arrest record and was open carrying a loaded handgun. Reminder that women aren’t allowed to bring tampons into the Texas statehouse ... because projectiles. #txlege  https://www.google.com/amp/s/amp.theatlantic.com/amp/article/313374/ …