“I had a lot of great lawyers, like Roy Cohn. He did not take notes.” 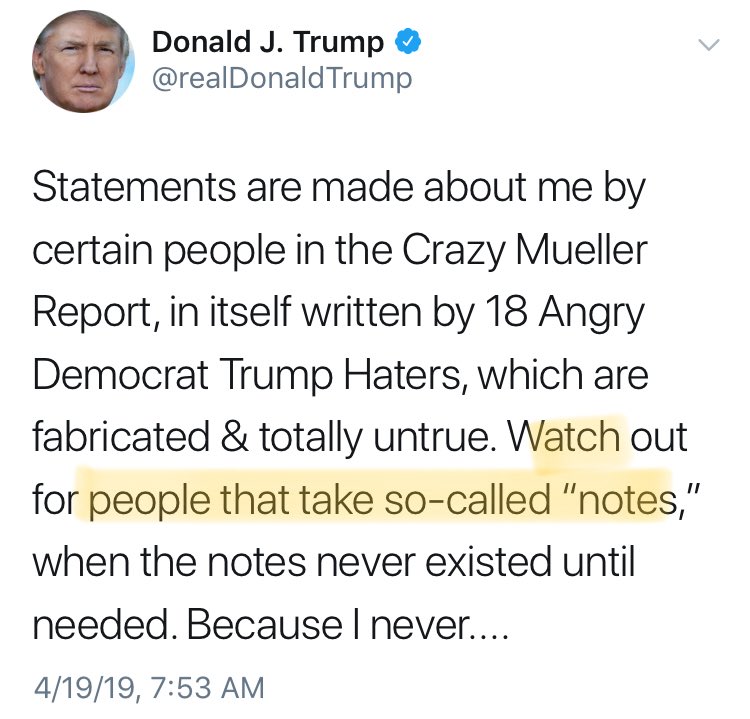 “Total bullshit,” the president of the United States says of embarrassing quotations of him. 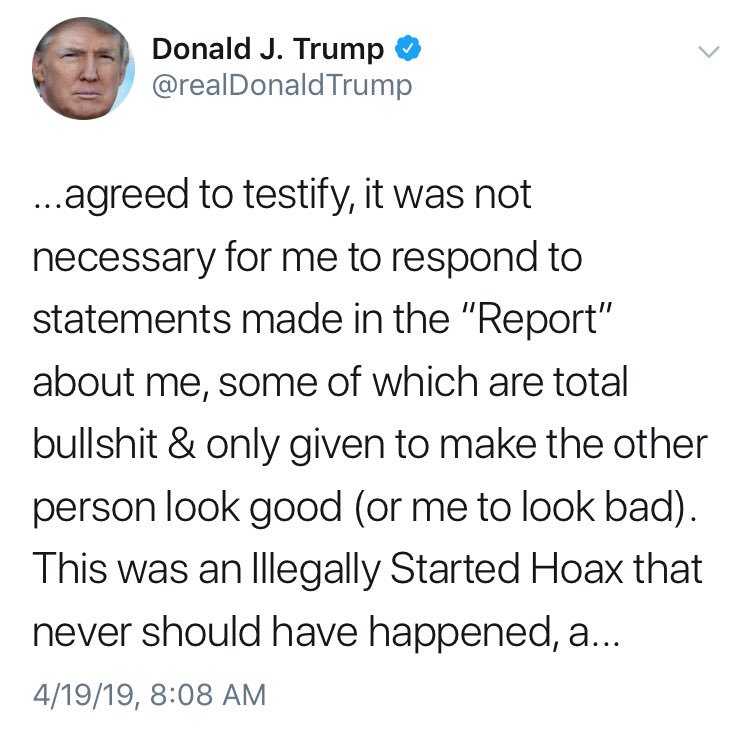 It’s remarkable that, in an effort to raise doubt about how he is quotes in Mueller report, Trump is tweeting in a very manner the report records him.

Profanely complaining about those pesky note-takers in his orbit.