Will Oremus @WillOremus oh-REE-mus. Senior writer for OneZero at @medium: onezero.medium.com/ Past: @slate. I write about how tech shapes us. DM for Signal. Apr. 19, 2019 1 min read

My first @medium column: I wrote about Jack Dorsey, Susan Wojcicki, and why tech leaders who moved fast and broke things seem to get all cautious and philosophical when it comes to fixing them.  https://onezero.medium.com/tech-platforms-love-moving-fast-except-when-their-users-are-in-trouble-e8496c3a268 …

At TED this week, @TEDchris memorably described @jack as captain of the "Twittanic," unable to turn the wheel with the iceberg looming.

One reason for that might be: For tech CEOs, real-world harms aren't the iceberg. 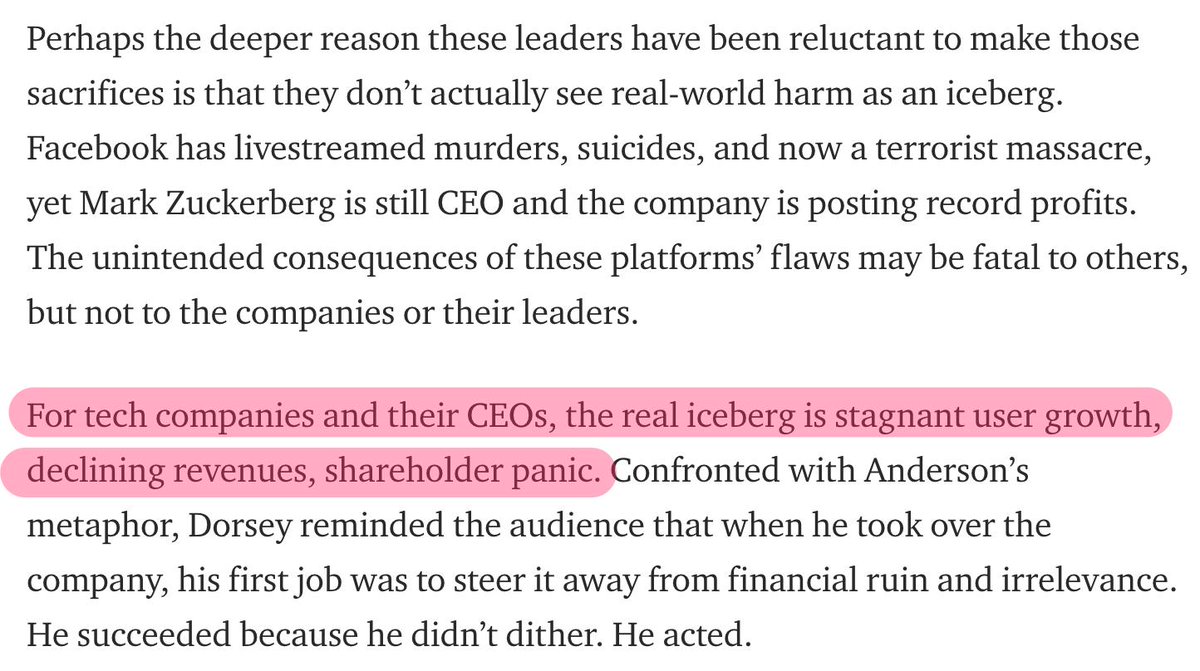 Not to say @jack isn't earnest in wanting to fix Twitter, or @SusanWojcicki YouTube. No doubt they are! And the moderation problem is extremely hard, maybe impossible at scale. My point is that the constraint isn't their will or imagination, but their incentives & biz model.