Eric Garland+ Your Authors @ericgarland Strategic analyst. Here for the Endgame and the next chapter beyond. Apr. 24, 2019 2 min read + Your Authors

<THREAD> If you want impeachment, you have to think like a prosecutor.

Because impeachment *is* a prosecution. Let's talk strategy. 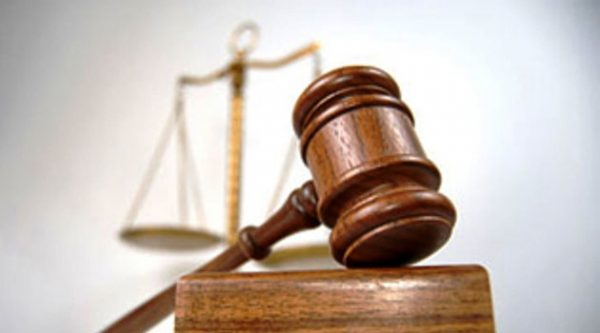 First, I'd like to say that as fatigued as we all are of traitors and Mobsters and want certain people "gone," most don't realize the scale of the problem.

This is *not* about Trump, not about the Republicans. It's about Wall Street, media propagandists, would-be oligarchs, Russia, China, Saudi...

Our current predicament runs from a tech sector gone mad to private prisons to a global spy war. We don't want this "done" quickly, but completely.

Of course, we can't execute on that without a non-Mobster government. So: impeachment.

Think like prosecutors do - all the way to the end.

Prosecuting, say, larceny can be easy and straightforward. The guy stole something, he was on video, he had it in his car. Boom.

These are complex crimes.

For complex crimes, prosecutors want to be able to show *continuing, intensifying patterns of behavior over time* for a slam dunk.

Moreover, prosecutors don't want to go to trial - they want a case so strong, the bad guy pleads. So they want a crushing, unavoidable *pattern.*

Every time Trump, Barr, Mnuchin and the rest obstruct justice, they are continuing and getting more blatant about contempt for the Constitution.

The more they do so, the less they can argue that these were individual political skirmishes; they will look more like what they are - crooks.

SCOTUS is the toughest place on Earth to argue because each precedent matters so much. So they will want to see the strongest case here.

The more these cretins spit on the Constitution, the more they expose about their motives, the specific people they protect...the pattern becomes clearer.

The more these rotten souls twist in the wind to avoid their bad acts, the more information they give - in public - to everyone. SCOTUS included.

Remember that we share this nation and not everyone will agree as early as you do. Not our fellow citizens, and not SCOTUS justices or Senators.

It's excruciating, but these people defiling our democracy should be given even more chances to obstruct. Because they have *many* bad acts to defend.

Barr defending Gore is covering up for bad acts at the Civil Rights Division at DOJ. Trump is covering for security clearances that should never have been granted. Mnuchin is covering for Trump lying about his wealth (which may lead to fraud charges.)

The more they defy Schiff (a veteran prosecutor), Nadler (attorney), and Cummings (attorney,) the more of continuing pattern becomes...inescapable. 😈

And that's what we need here - NO ESCAPE. No wiggle room. No excuses. No clever arguments at SCOTUS. And none during an impeachment.

The law doesn't see anything as "obvious" just because, JESUS CHRIST IT'S OBVIOUS. And that's good, actually. The law only sees evidence.

That evidence needs to be crushing and voluminous, because the fate of this nation requires these traitors to be gone.

And a real government to return.

More information to "sway" SCOTUS = Not even Capt. Boof McILoveBeer and Alt-Merrick Garland can dissent without negating the entire Constitution.