I am now sold on the Space Force concept; it needs to bring space contingency under one roof, and act much like the Army Corps of Engineers. We really need a satellite stockpile and rapid-rebuild plan.  https://youtu.be/ur9gTE6TIuA

It’s very interesting that the concept of space weather as a concern has exploded in recent years. It has gone from Hollywood armageddon to a fairly topical risk analysis, with each solar flare getting more coverage. 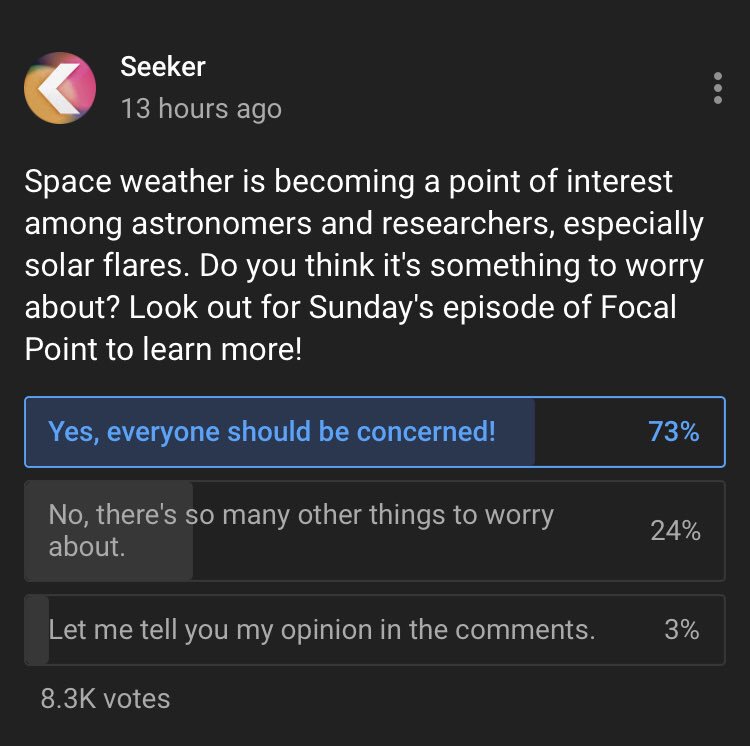 The burgeoning content ecosystem is just as fascinating. A new level of excitement and focus. I don’t think anyone could have predicted that there would be for-public-consumption space weather forecasting in 2019.

Seeing the fairly dull response to the surprise Top Gun sequel trailer makes me believe that the DoD’s positioning of the Space Force is forward thinking. The Air Force zeitgeist shifted, and another Tom Cruise movie won’t revitalize it in the drone era.