BREAKING: The Second Circuit green lights immigration activist Ravi Ragbir's claim that he was targeted for retaliatory deportation based on his speech, extending a stay on his removal.

"Ragbir’s speech implicates the apex of protection under the First Amendment. His advocacy for reform of immigration policies and practices is at the heart of current political debate among American citizens and other residents."

Key passage from the ruling. 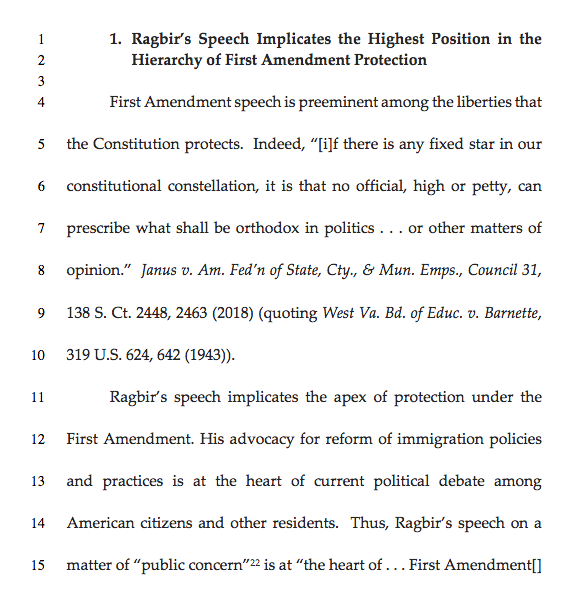 The majority found: "The Government’s Alleged Retaliation Was Egregious."

Essentially, the government cannot target someone for deportation based on what that person says and espouses. 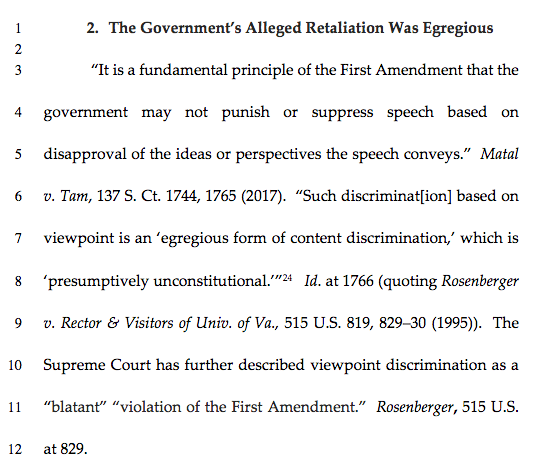 (Note: The district court will decide on remand if Ragbir's removal proceedings were retaliatory.)

[Prior tweet deleted and edited for clarification and to put in thread.]

“The Second Circuit correctly held that the First Amendment to our Constitution prohibits the government from openly and forcefully retaliating against political dissidents by deporting them," - Ragbir's attorney to me, in an interview.