Eric Garland+ Your Authors @ericgarland Intelligence analyst and advisor to CEOs and governments. I break down global events into clear narratives and appropriate profanity. Apr. 29, 2019 2 min read + Your Authors

<THREAD> Since Twitter apparently thinks reporting on public databases à la Spicy is grounds for suspension, we'll be examining its own financial disclosures to investors from the SEC EDGAR database. Nazis are OK on here. Is this? Let's find out. 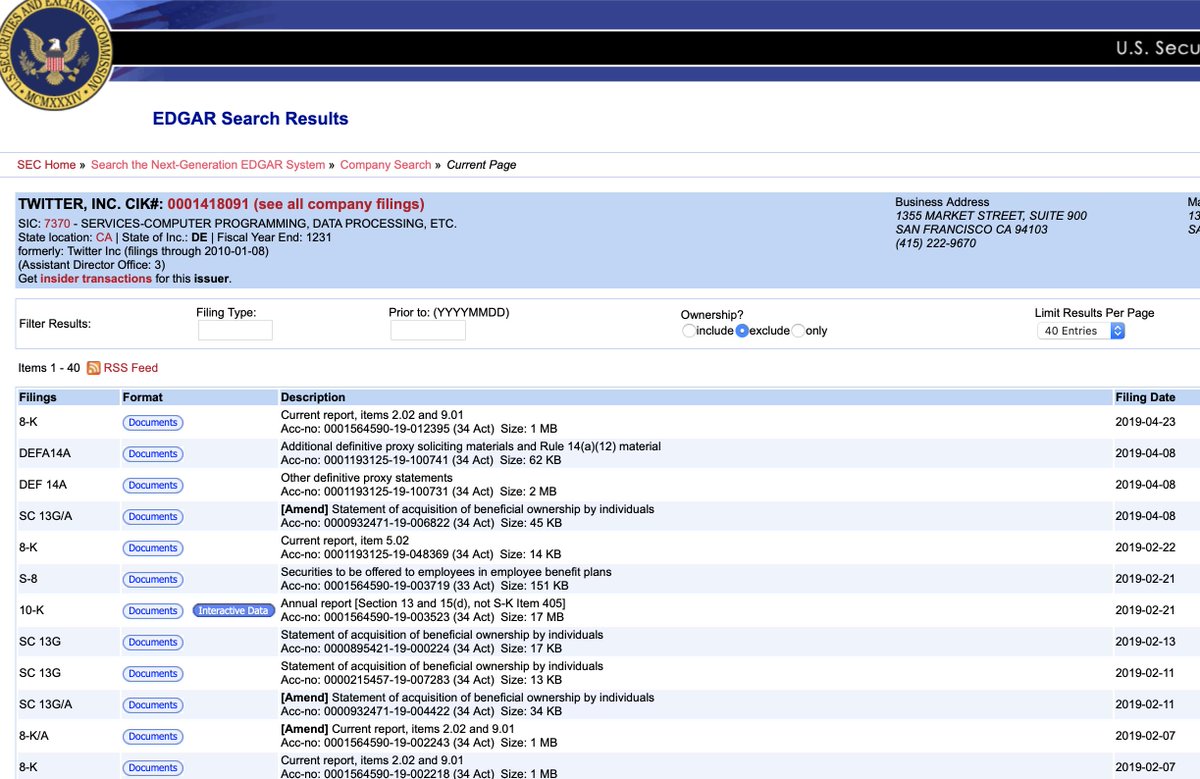 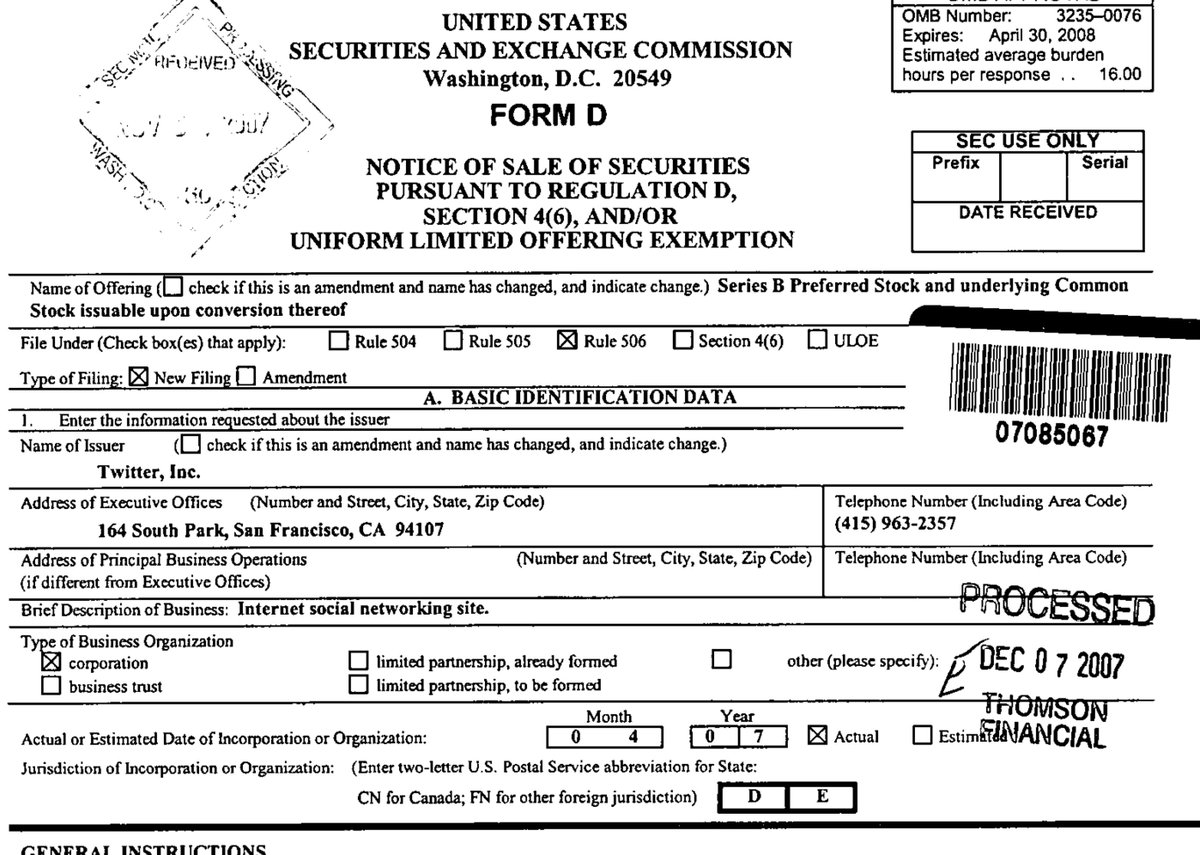 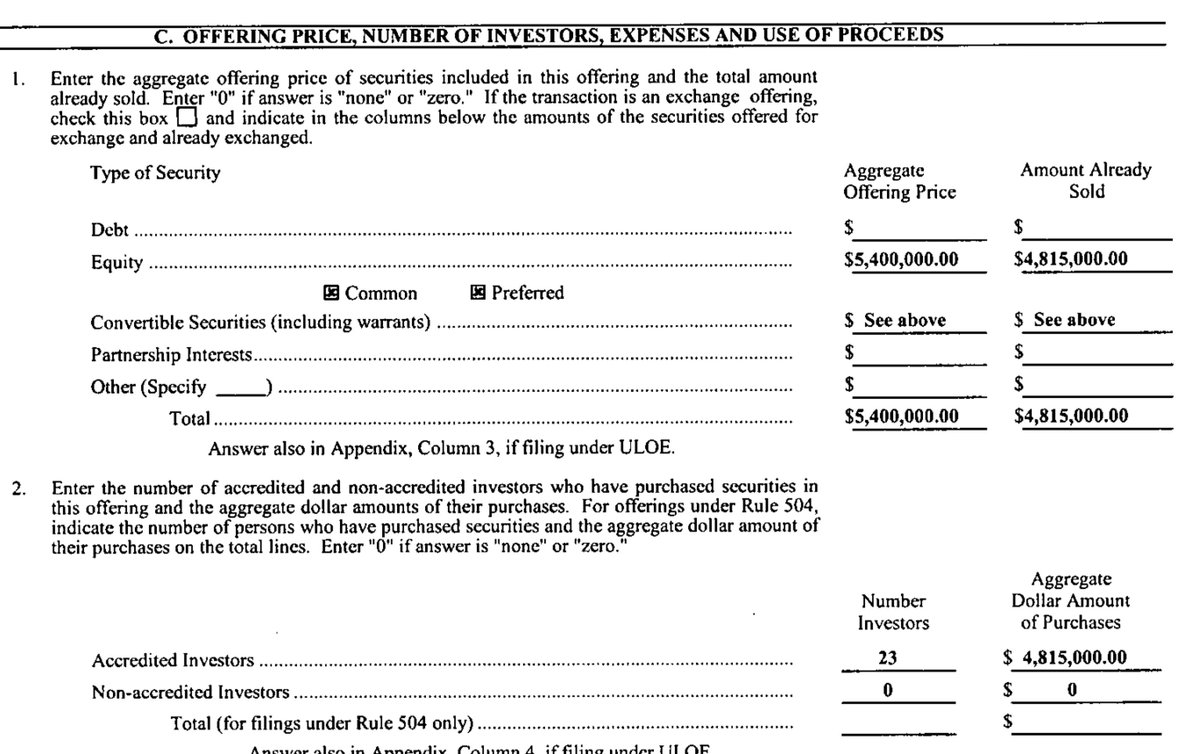 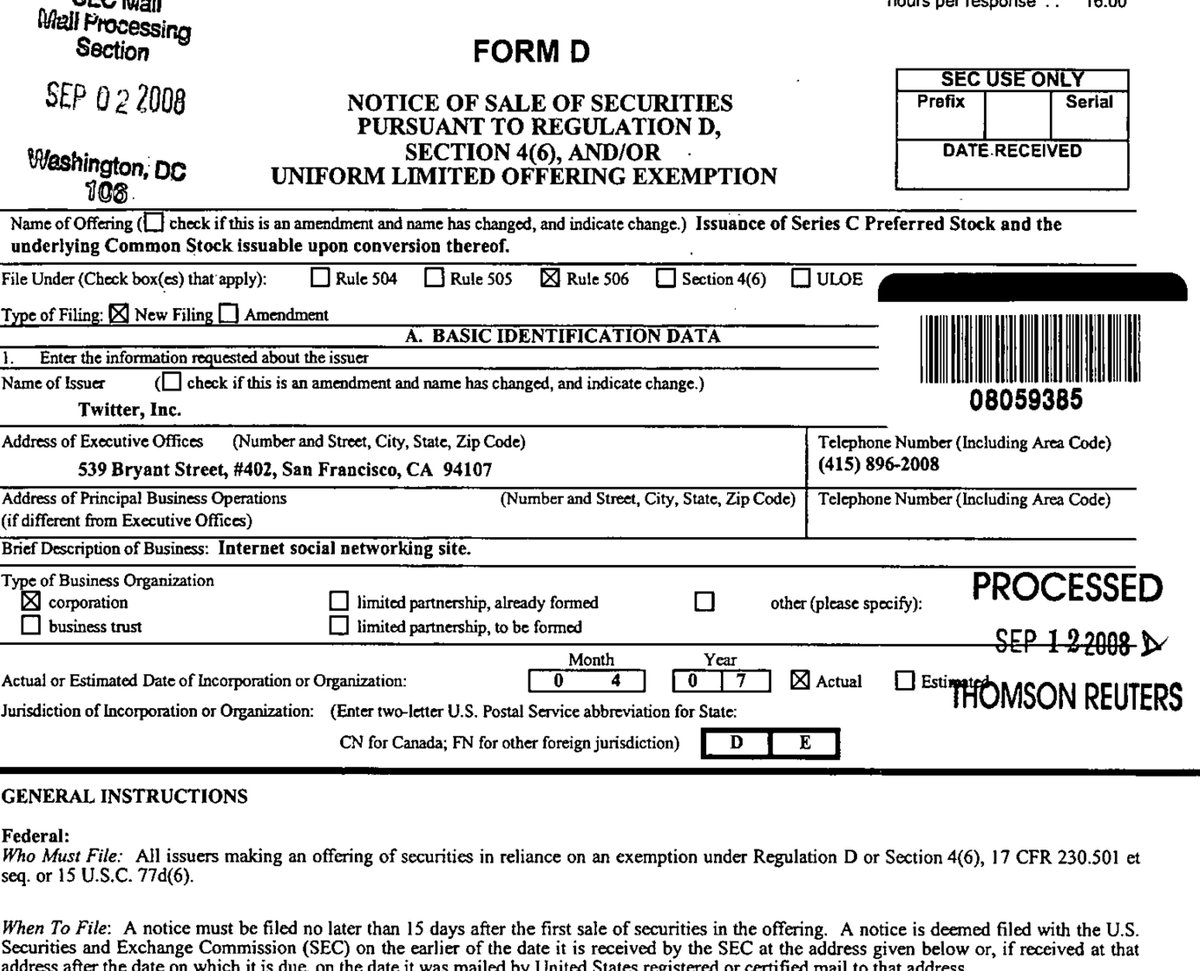 A mere six months later, and with heavyweight VCs like International Venture Partners (using what looks like a Caymans-style offshore account) jumping on board, Twitter is now offering $39 million in equity, with $35 million of it subscriber to 7 investors. 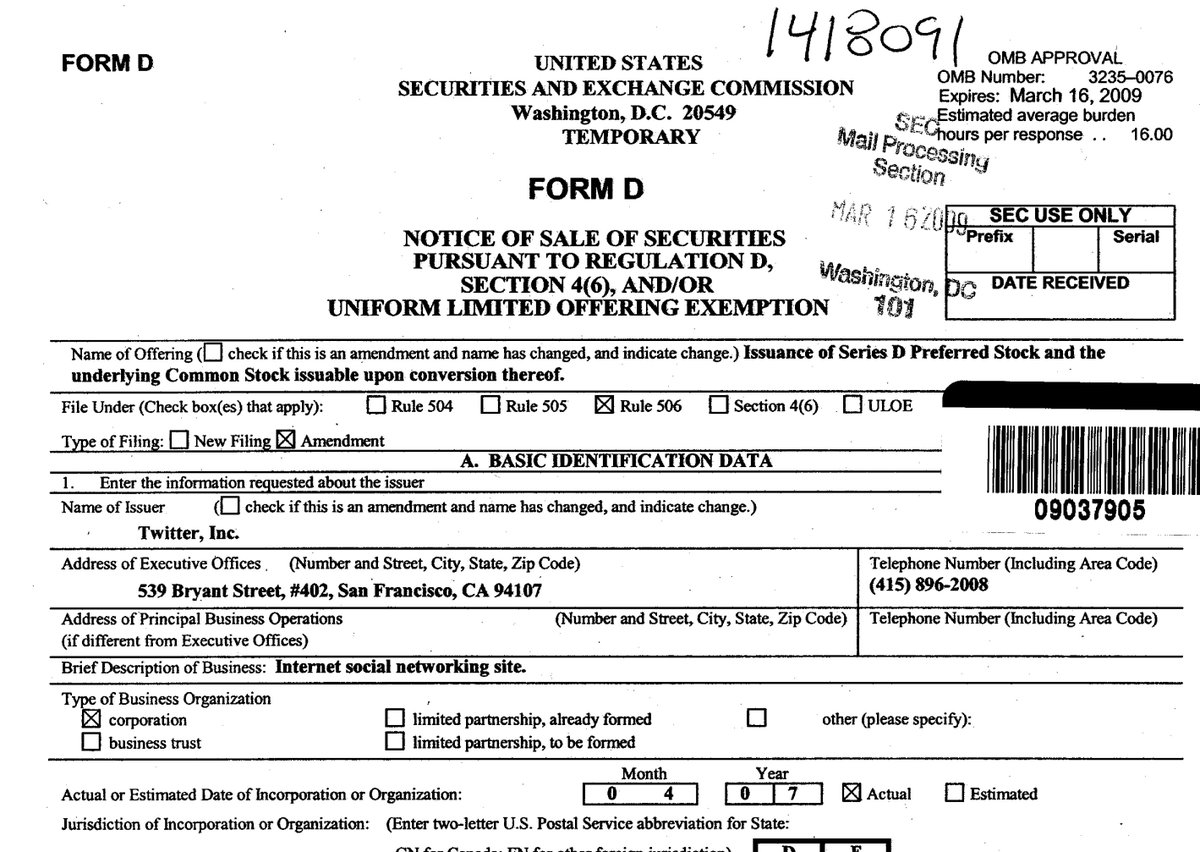 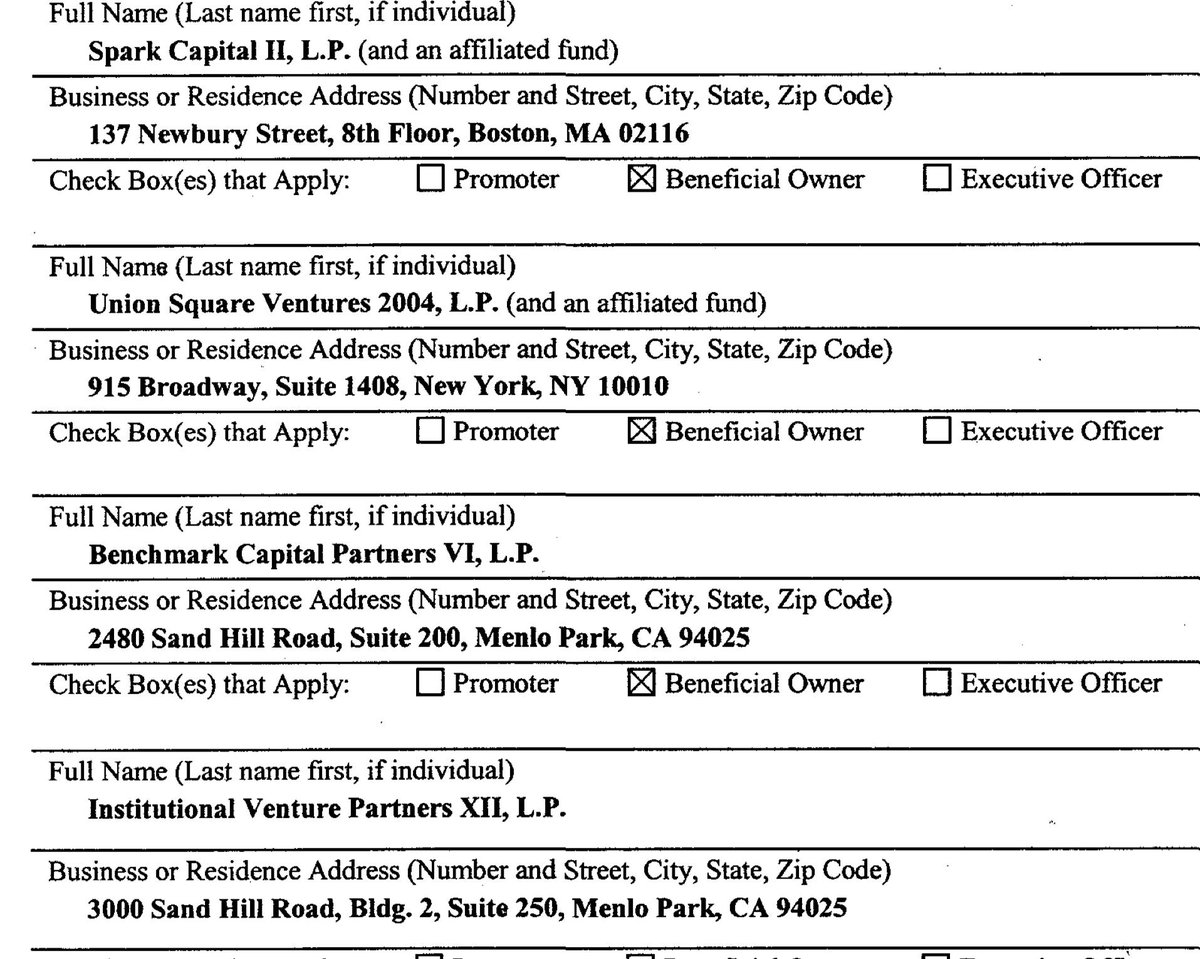 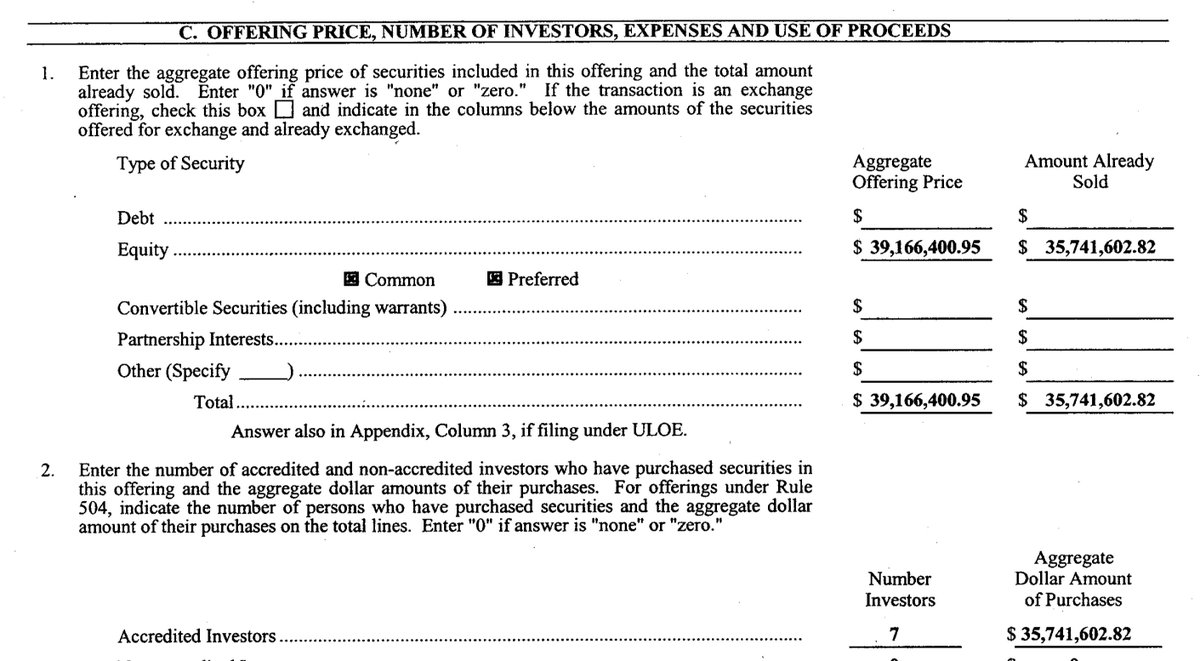 NOW IT GETS INTERESTING. The Kremlin, through VTB Bank, laundered through Yuri Milner's DST, puts in somewhere in the $400m+ range of investment. Then it goes public.  https://www.telegraph.co.uk/finance/newsbysector/mediatechnologyandtelecoms/digital-media/8676064/Twitter-confirms-significant-round-of-funding-led-by-Russian-investment-company.html …

The ICIJ deconstructed the offshore vehicles used to get the now-sanctions VTB/Kremlin money into Twitter. Oh, and they also invested with Joshua KUSHNER.  https://www.icij.org/investigations/paradise-papers/kremlin-owned-firms-linked-major-twitter-facebook-investments-icij/?utm_content=buffer4b0d3&utm_medium=social&utm_source=twitter.com&utm_campaign=buffer …

With the offshore/concealed Kremlin money in place, now it's time to go public with the equity. Who does the IPO? Why Goldman Sachs, of course! This is from the draft. 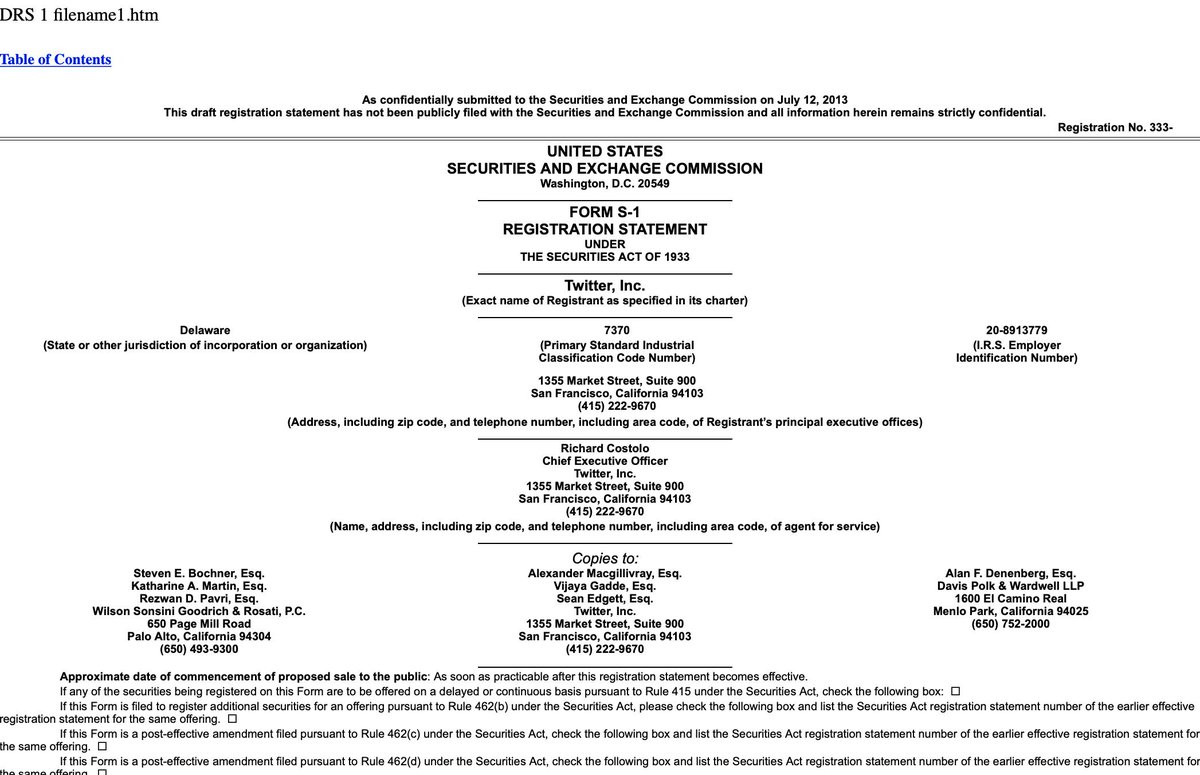 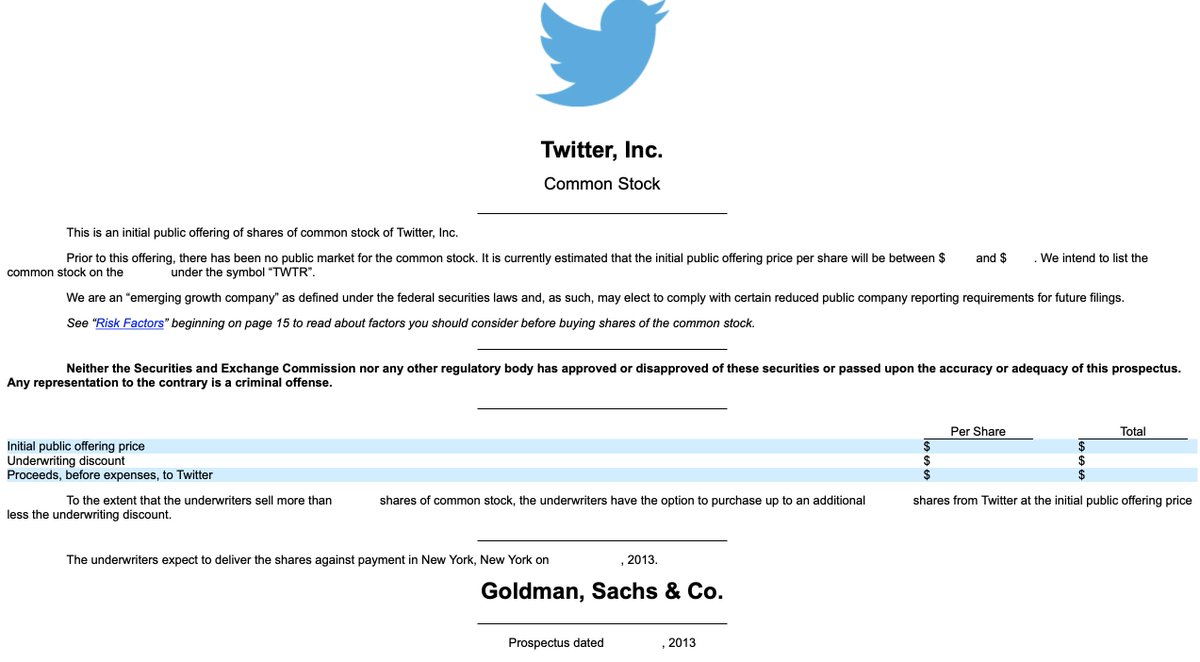 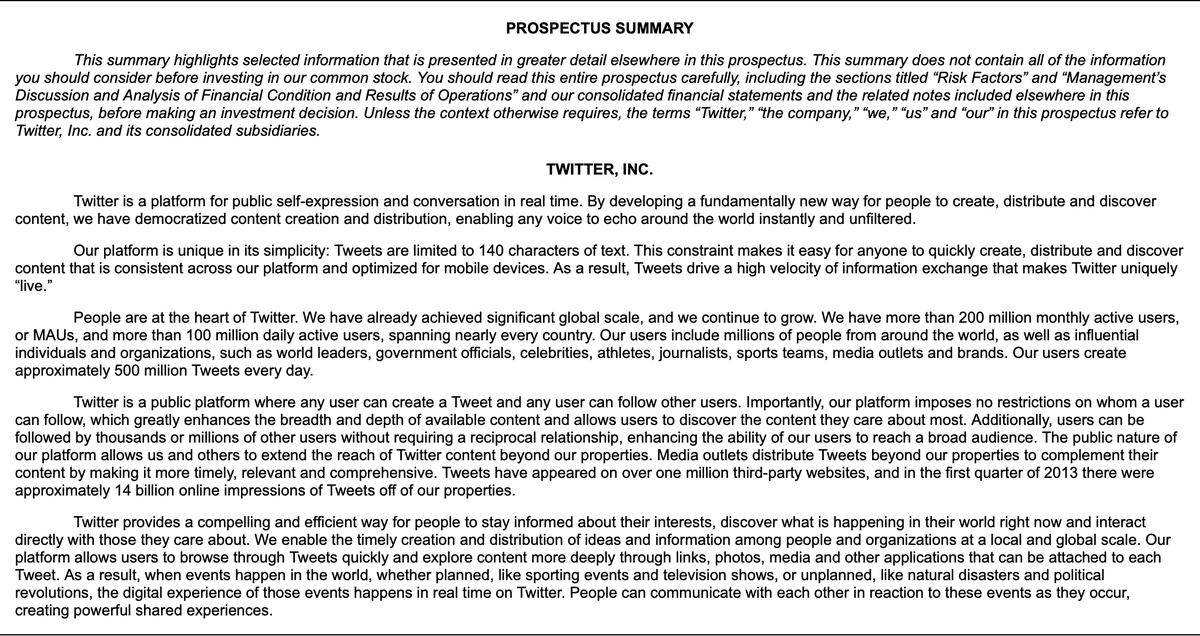 The SEC had a LOT of question for CEO Dick Costolo. Like, many many, as if things didn't make sense in the business model. 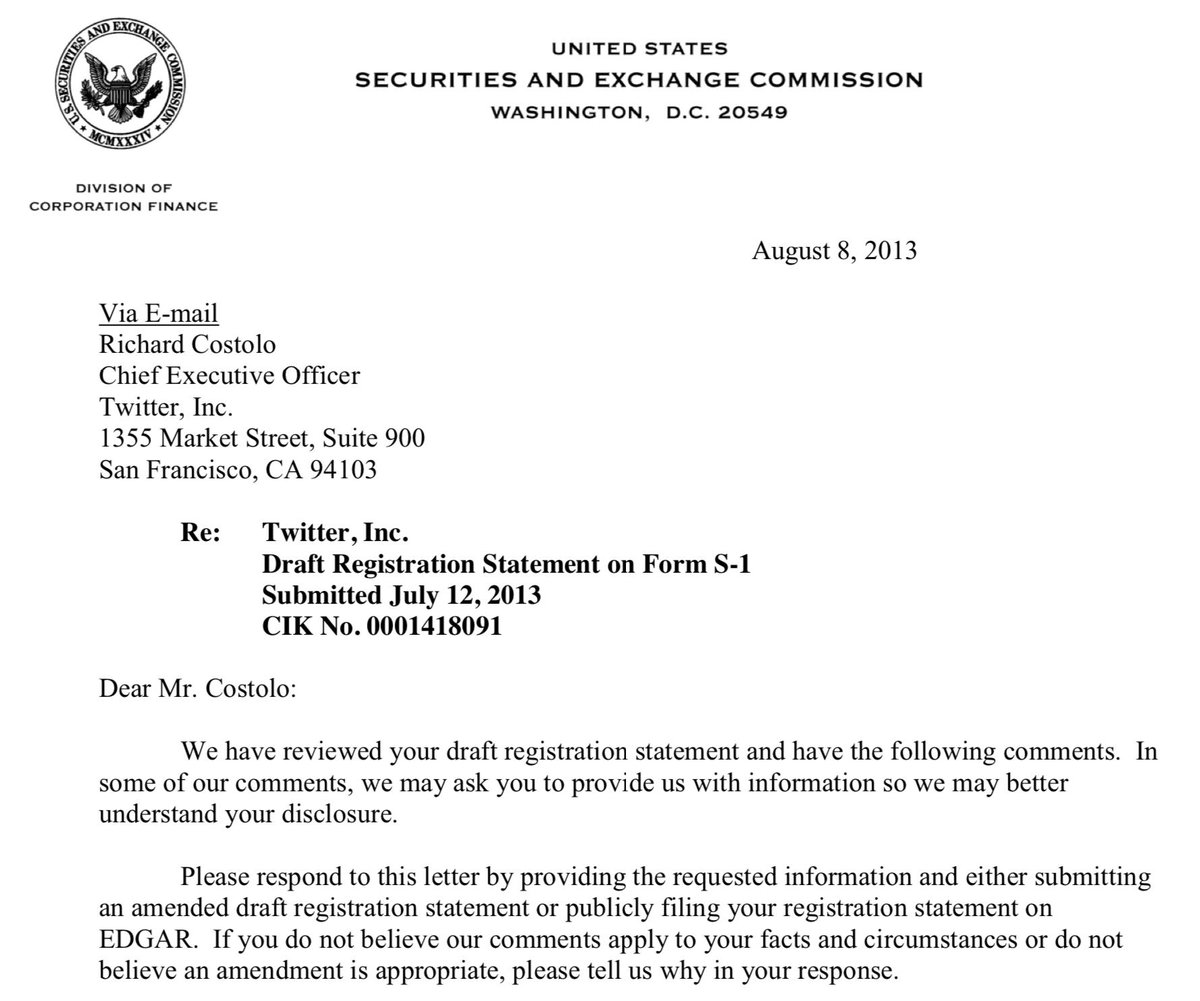 The SEC, in plain English: Where are you getting these numbers? Why will you do better in the future when you're losing more money now than before? You're not monetizing users, right? OK, so what's the "data partner" thing? What are they doing with it. Explain your accounting. 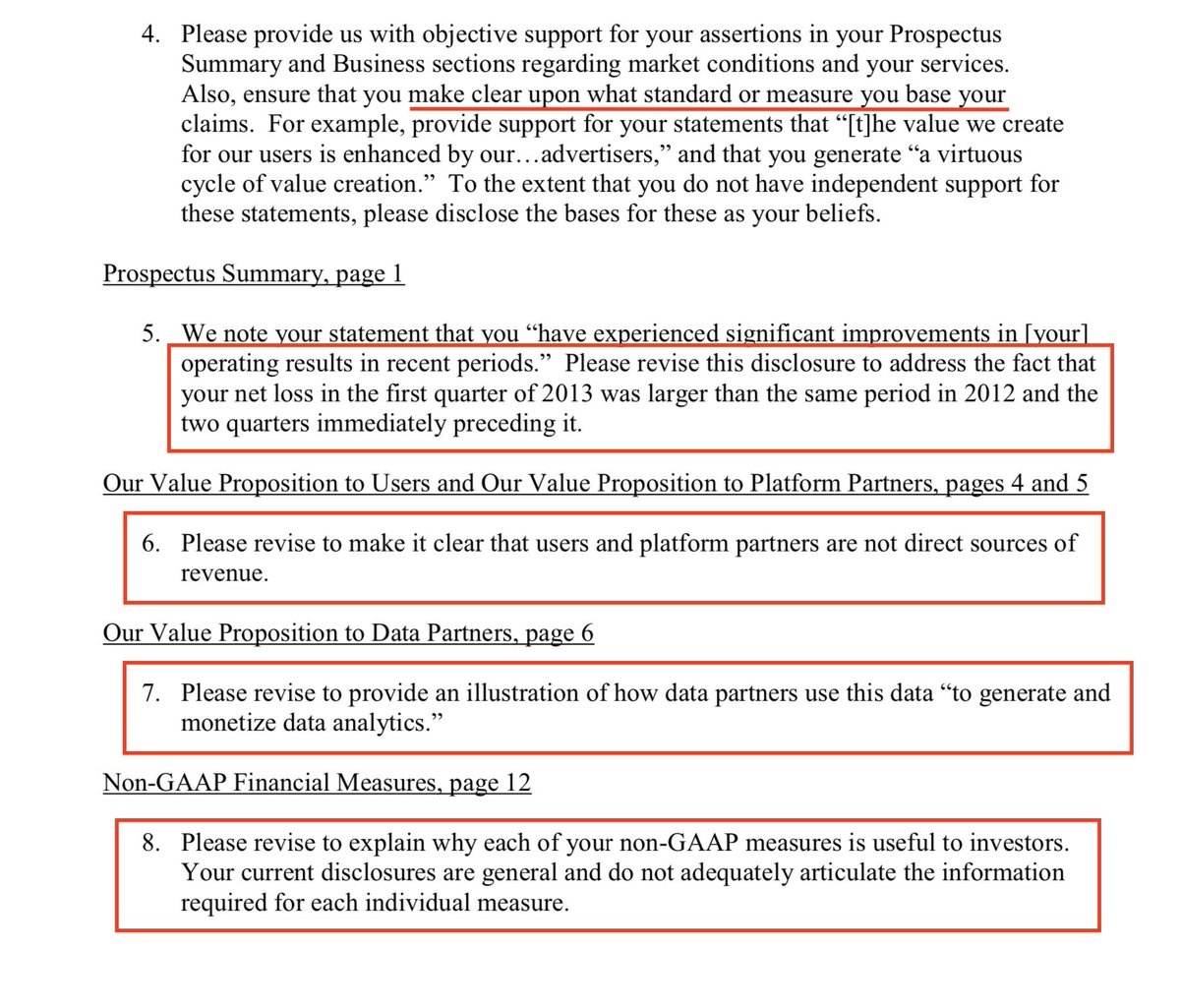 How much spam is on your platform, and why can't you tell where users are from (WHICH BECOMES VERY IMPORTANT COME ELECTION TIME)

"We don't get how and why people will pay you for this thing. Can be more clear?"

Which begs...maybe with all the Kremlin dough, profit wasn't the point? 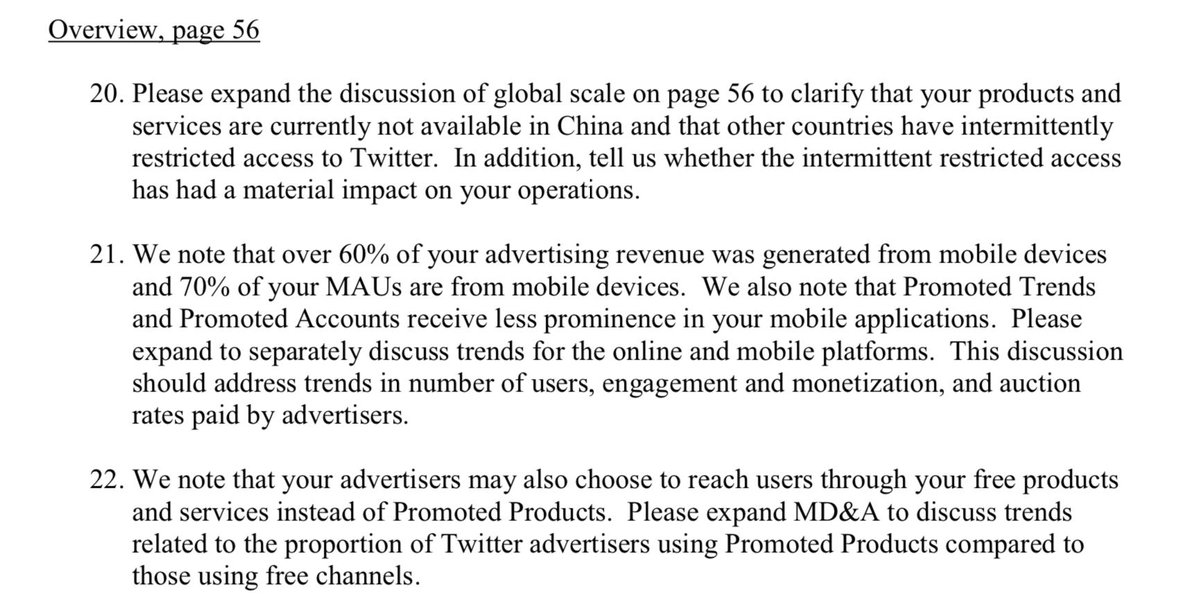 "How is this thing not a black hole of fake users and fake metrics?" 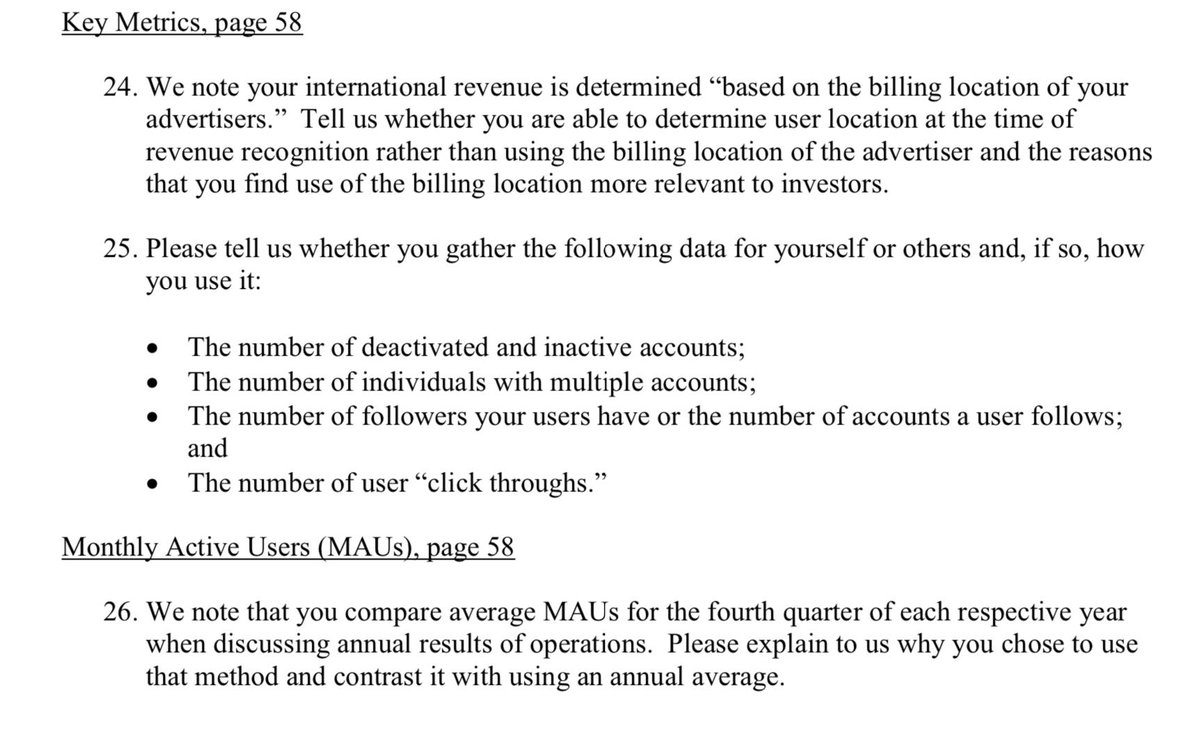 "You guys seem to be just inventing words. How the hell will you do real accounting for public investors?" 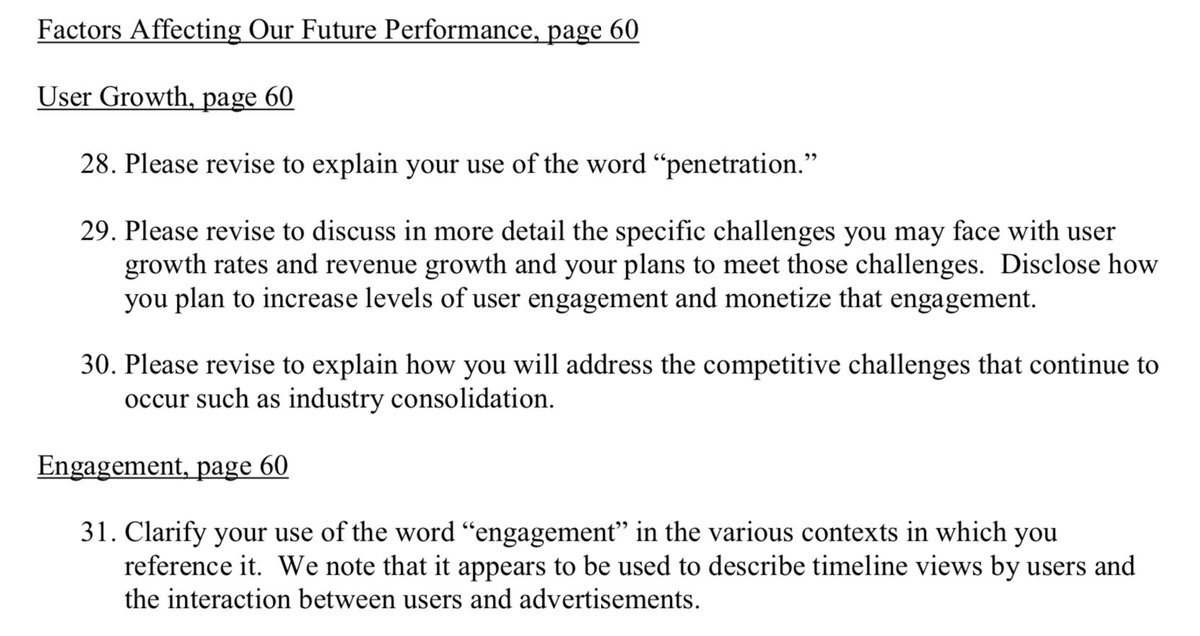 "How did you guys come up with the number for this IPO?" (Because it's not evident from numbers submitted." 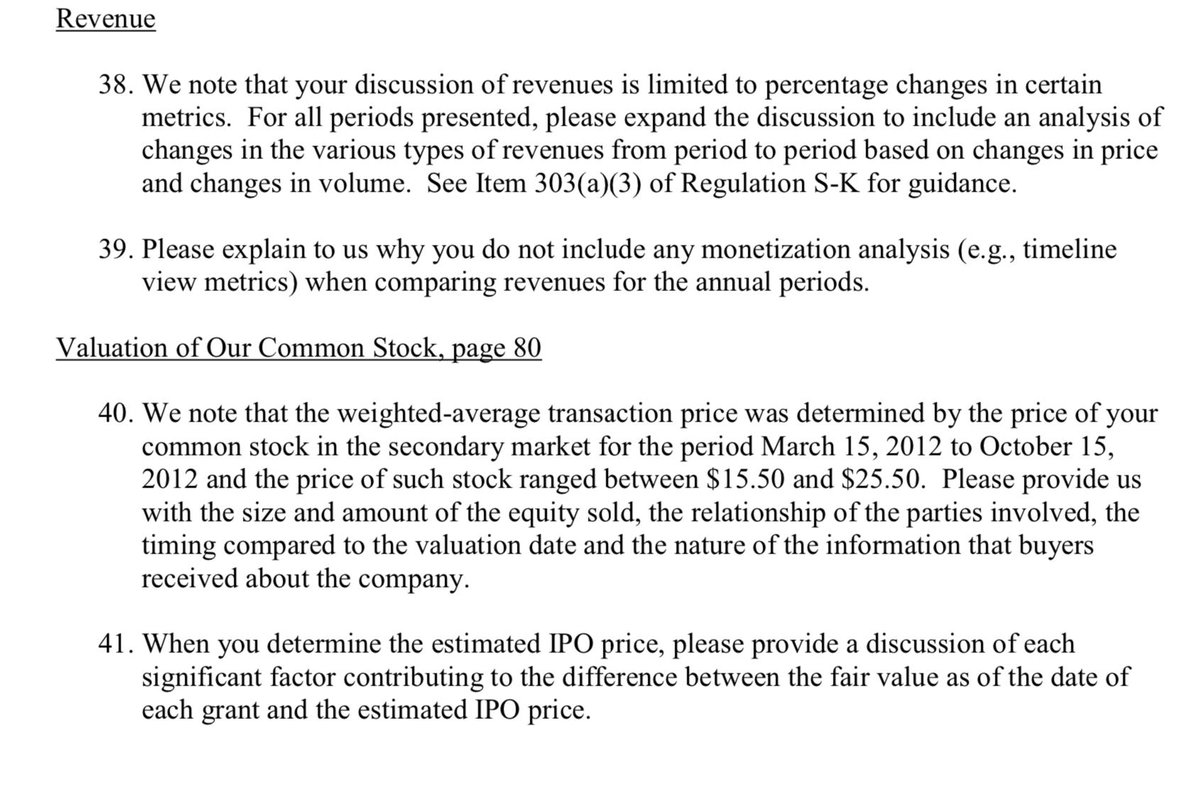 Twitter finally goes public and - MIRACLE OF MIRACLES! - its value shoots up 73% on the first day! And surely, no Russia mob funds or Wall Street insiders had ANY tips. No sir - no indication of that AT ALL.  https://money.cnn.com/2013/11/07/technology/social/twitter-ipo-stock/index.html …

The Kremlin cashed out not long after.