Sharp analysis of Trump v. Deutsche here by "Trump, Inc." co-host @AndreaWNYC, focusing on the new details about the subpoenas the public learned from this lawsuit.

Piggybacking on these insights, I'm adding some of my own observations in this thread. ⬇️ 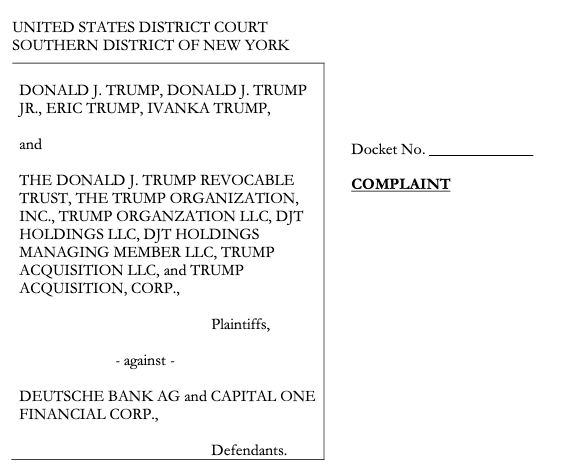 As Andrea noted, the lawsuit complains about the subpoenas' scope (the various shell companies) and the length of time ("the last ten years").

Let's parse that by examining the plaintiffs, starting with Trump Acquisition LLC.

To put it mildly, Delaware public records are not a model of transparency, and the state has been called a domestic tax haven.

A quick search indicates that Trump Acquisition LLC was registered there in February 2008, a.k.a. over "the last ten years."  https://icis.corp.delaware.gov/Ecorp/EntitySearch/NameSearch.aspx …

A: See this signed letter of intent for the aborted plan for Trump Tower Moscow, a document mentioned more than 20 times in Mueller's redacted report.  http://cdn.cnn.com/cnn/2018/images/12/18/attachment.1.pdf … 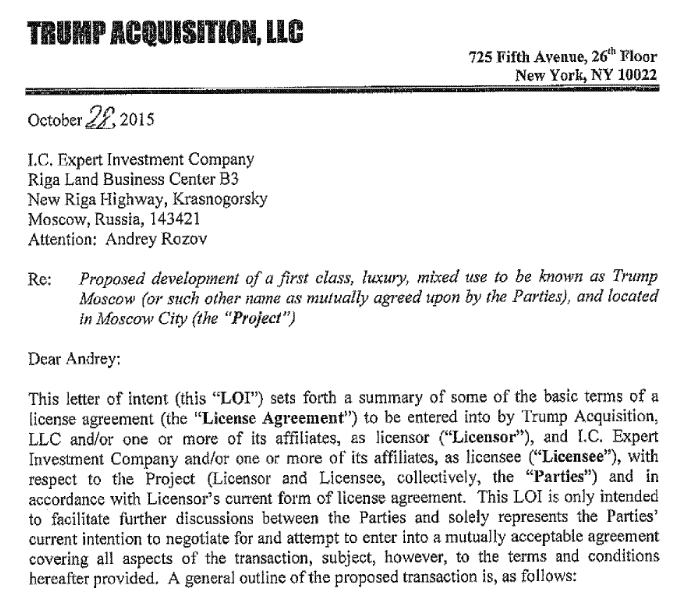 If Congress were investigating emoluments issues, the Trump Organization LLC subpoenas could possibly uncover information about the scale of the president's businesses, per this Bloomberg profile.  https://www.bloomberg.com/research/stocks/private/snapshot.asp?privcapid=344985 … 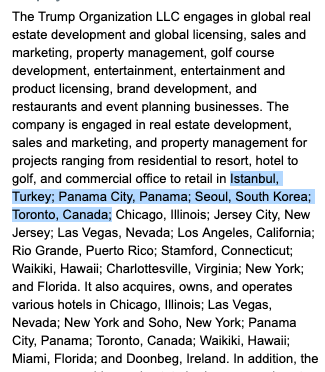 To cite just one example:

Trump Towers Istanbul opened in 2012, with Erdogan, Trump, Ivanka and others in attendance.

Here's what Trump said about that some three years later: "I have a little conflict of interest, because I have a major, major building in Istanbul."

I could go on, but I'll leave it at that for now.

This is just to note, the lawsuit's caption alone illuminates some of the reasons for the scope and length of the subpoenas, before a single word of the complaint begins. </thread>

Weaving together some of that analysis of the Trump v. Deutsche caption, my roundup of the lawsuit shows how the complaint reveals new dimensions of the House subpoenas.