The @NRA tries to sell guns to Jewish Americans after the recent shootings inside temples.

I find it hard to believe this is a public service announcement and not a marketing ploy given that NRA Board member Ted Nugent referred to Mike Bloomberg as the “Jew York City Mayor.”

The @NRA’s Nugent also described Jews killed by the Nazi regime as “soulless sheep to slaughter.” And he posted this image with the tagline, “so who is really behind gun control?” His answer, apparently: Jews. 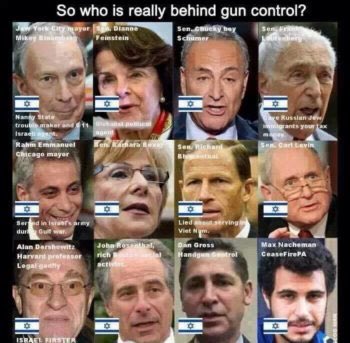 The @NRA has also long peddled the claim that if the Jews of Germany had been armed, they could have prevented the Holocaust. That view is inaccurate, offensive and stupid, and it camouflages the NRA’s de facto agenda of arming white Christian America.  https://www.google.com/amp/s/www.timesofisrael.com/republican-lawmaker-blames-holocaust-on-gun-control/amp/ …

Finally, the @NRA’s suggestion that armed congregants inside a temple during religious ceremonies could fend off dangerous people with guns actually blames Jewish Americans for the violence perpetrated against them.  https://www.google.com/amp/s/beta.washingtonpost.com/outlook/2018/10/28/donald-trump-ugly-history-blaming-jews-violence-against-them/%3foutputType=amp …