Leaving a presser where @NewYorkStateAG announced an oxy bust.

During the Q&A, James told reporters that Trump had not yet attempted to quash her subpoenas of Deutsche, adding that her office has collected records from the bank. 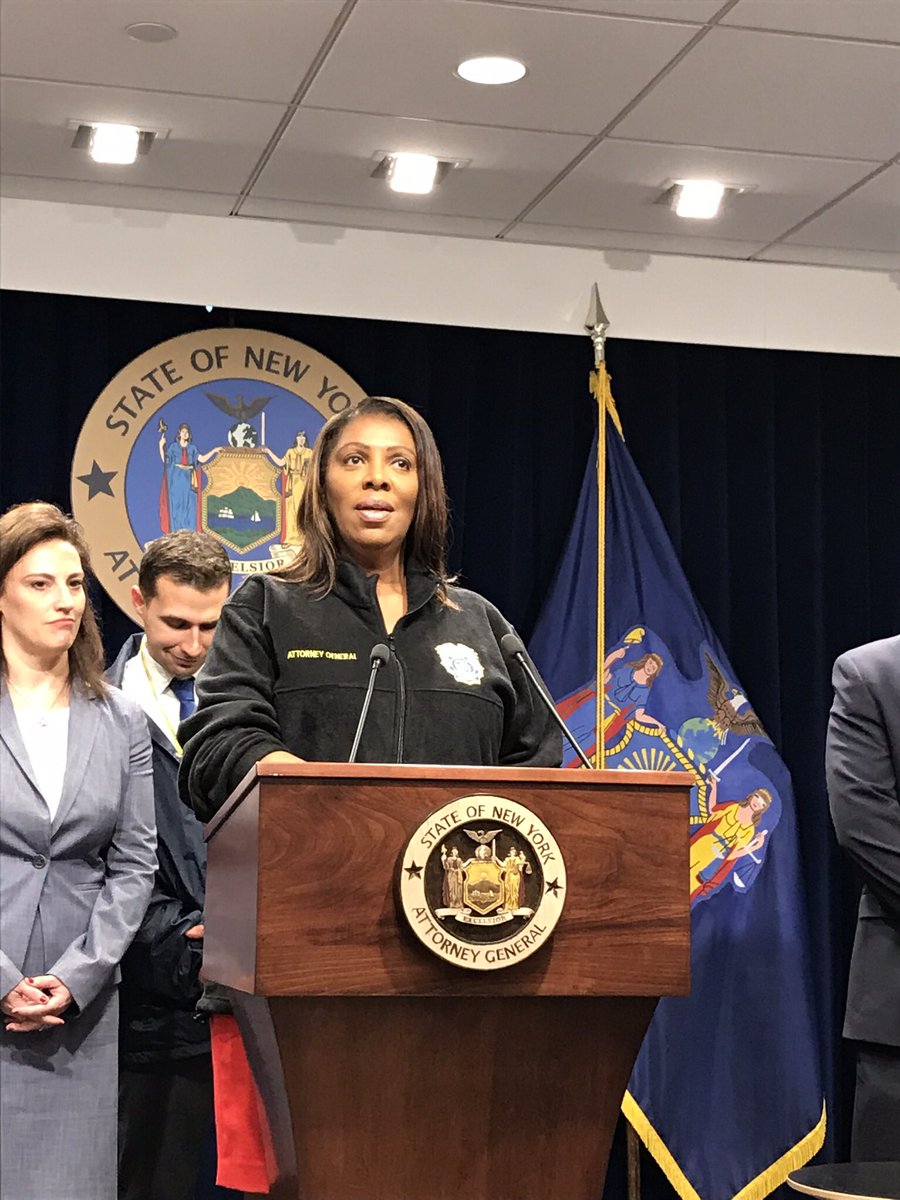 The substance of the press conference was a 28-person, two-indictment, and 181-count takedown of an alleged oxycodone ring operating the Bronx, Brooklyn, Westchester and Connecticut.

By the numbers breakdown and drugs-on-the-table here. 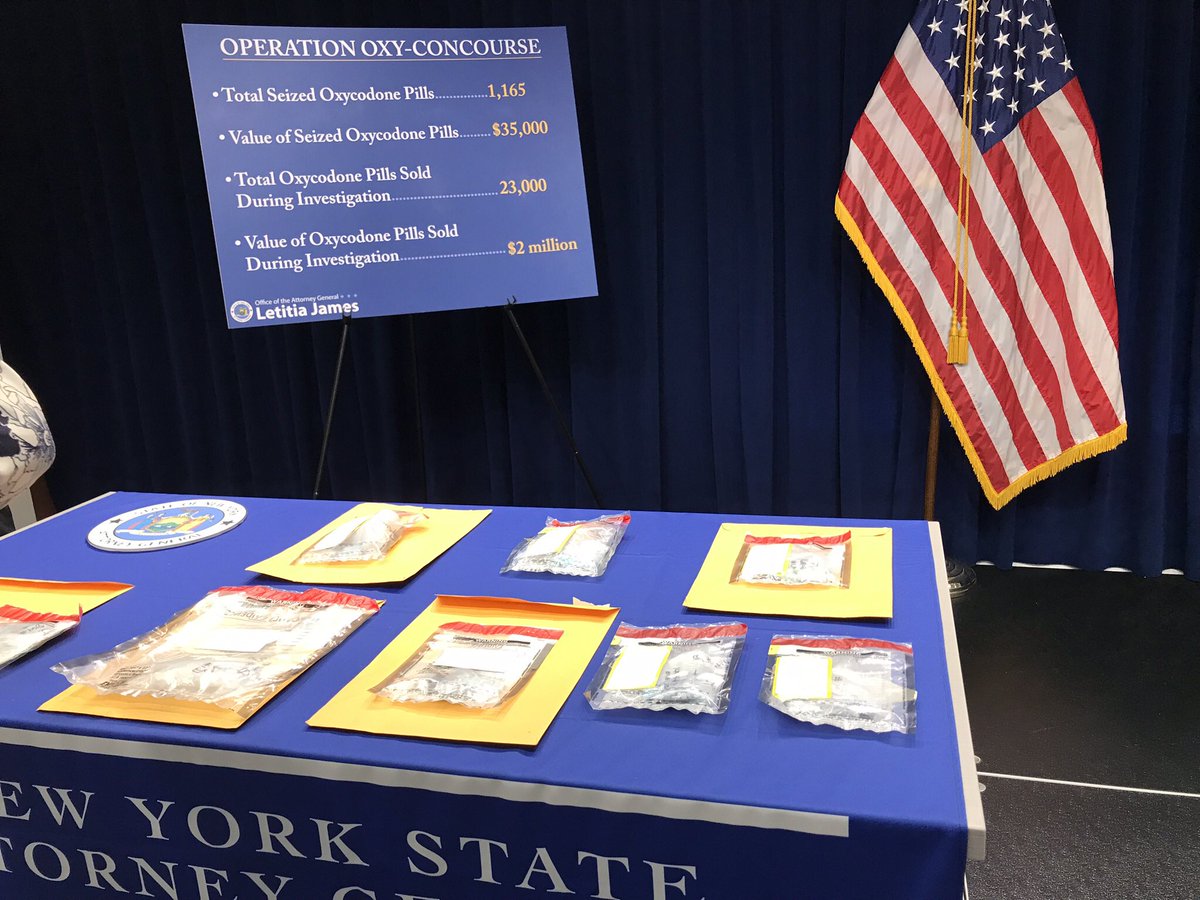 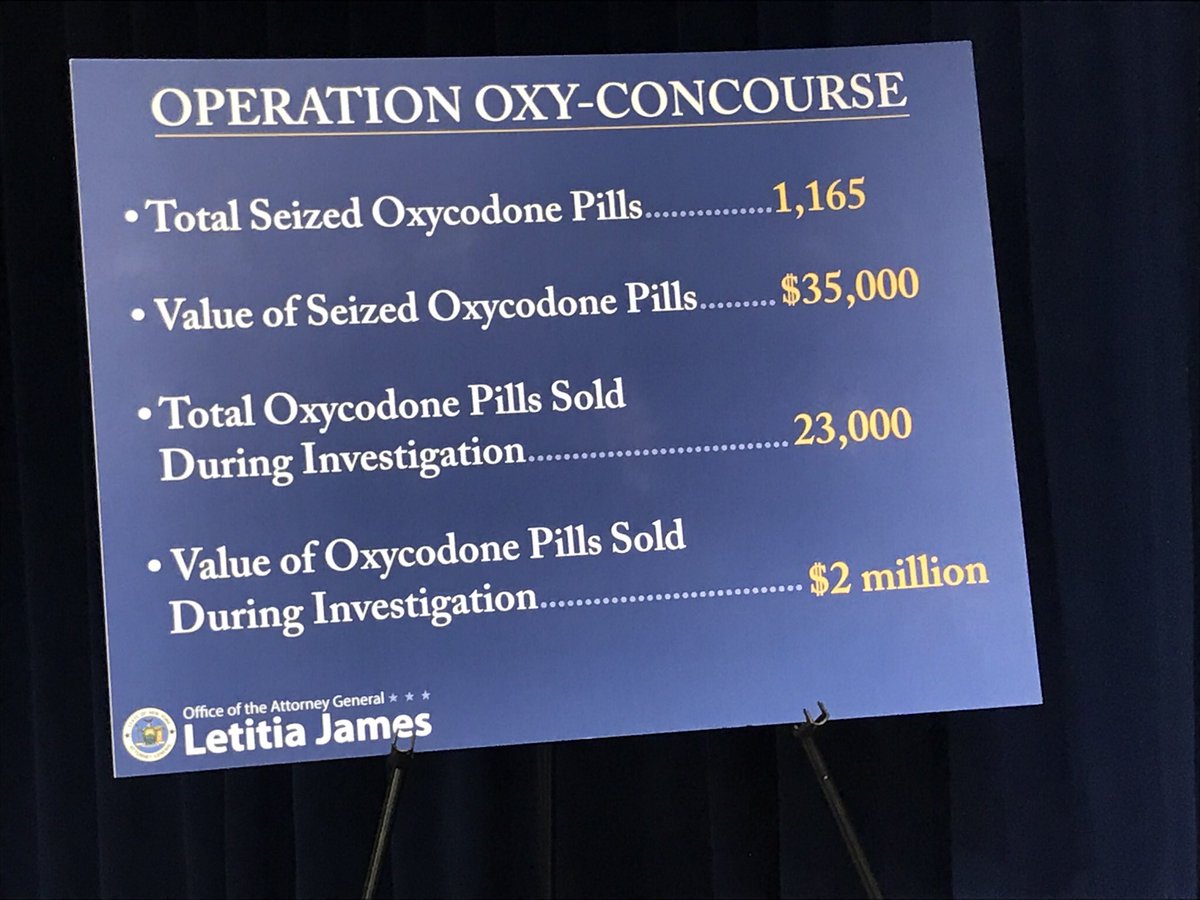 Other than the Deutsche update, the off-topic questions revealed little new.