Thread: Did you know cats feature in early medieval law? The 10th-cent Welsh Laws of Hywel Dda listed the qualities of a good cat: “that it not devour its kittens, and that it have ears, eyes, teeth and claws, and that it be a good mouser.” 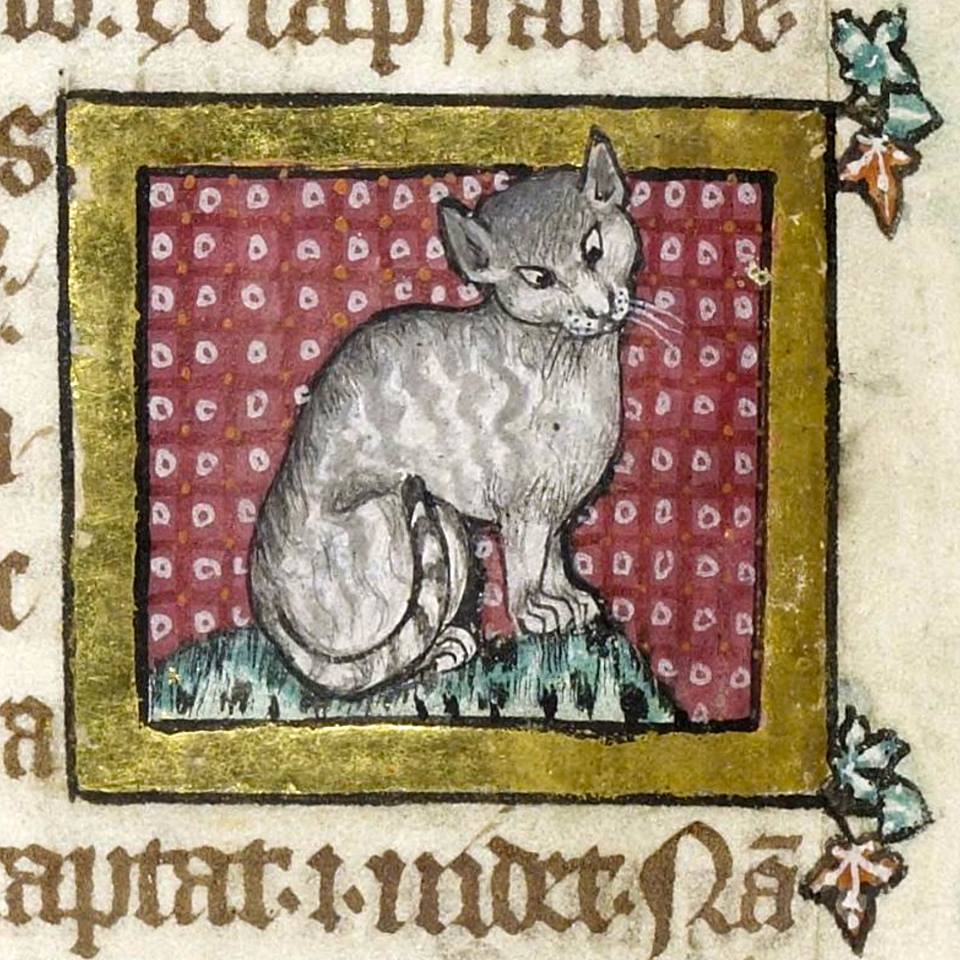 An early Irish legal source listed a good cat as being a mouser and being able to purr. Such a cat would be worth three cows, according to these legal commentaries (based on Catslechtae). A cat that could only purr (but not hunt mice) was still worth a cow and a half. 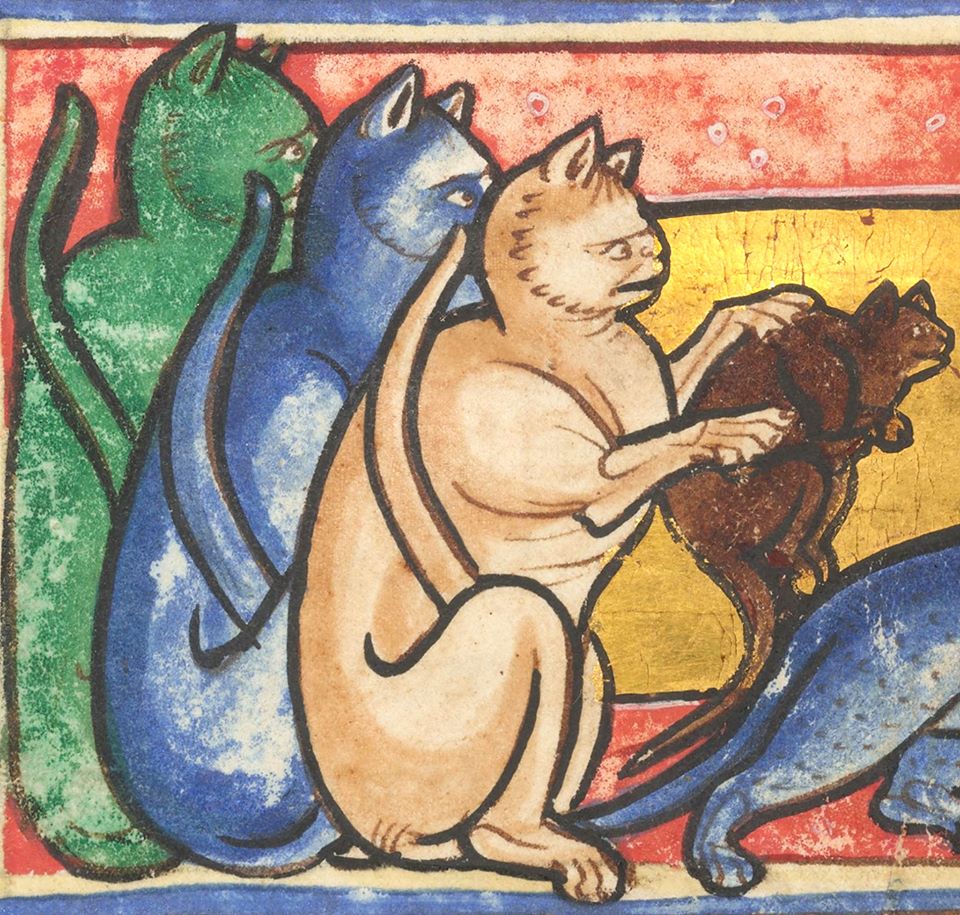 The same Irish source states that a kitten has one-ninth the value of its mother until it's independent. Then its value depends on its abilities (to purr and mouse, presumably). 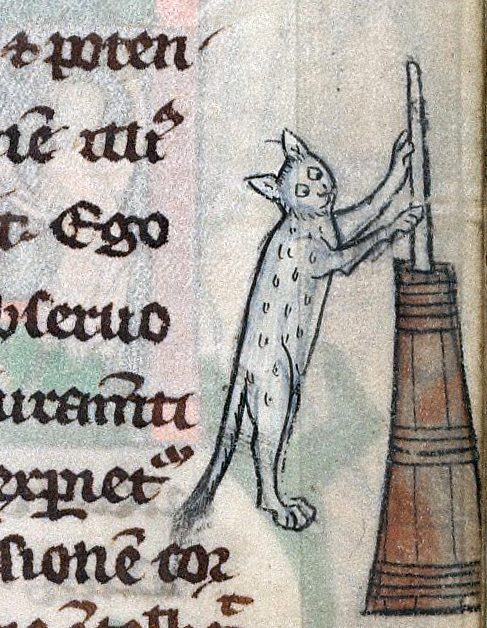 Early Irish law codes (seventh to eighth century) covered what a cat's owner must pay someone if a cat stole their food or if the cat urinated or defecated on the other person's floor. 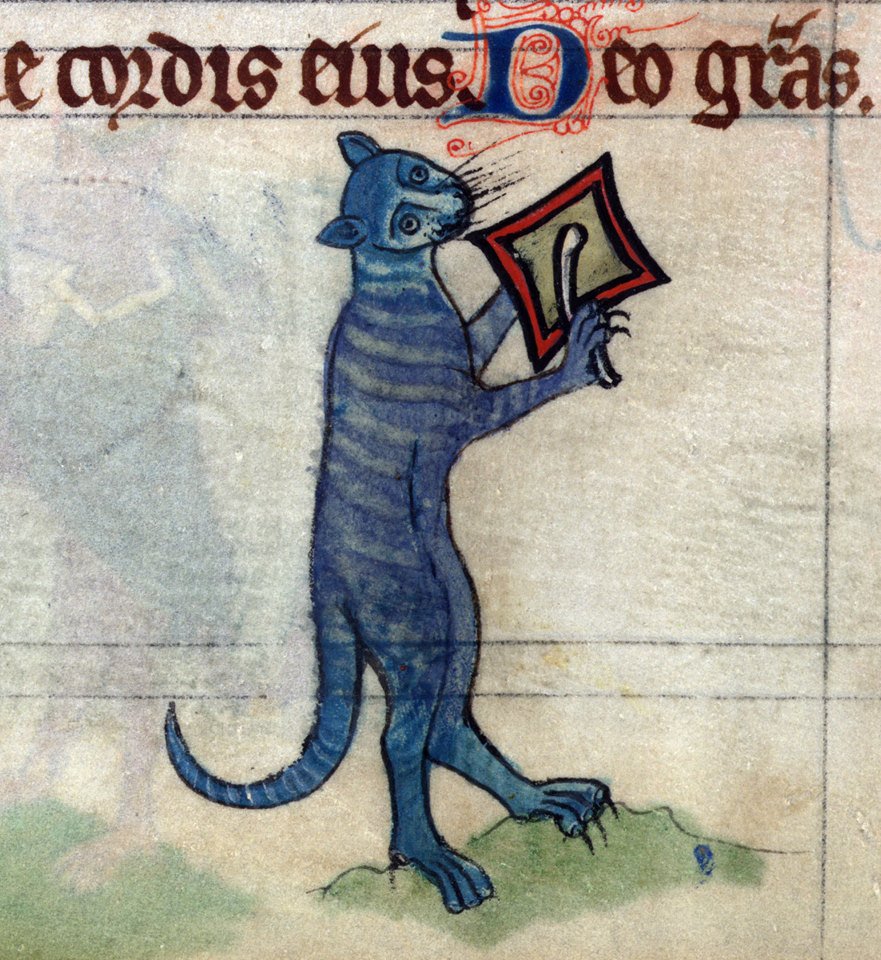 The Laws of Hywel Dda also cover many other cat-related legal situations: the cat of a king is worth a pile of wheat as tall as the cat is long. Other cats were worth only four pence. However, a cat in less than perfect condition might be worth less. 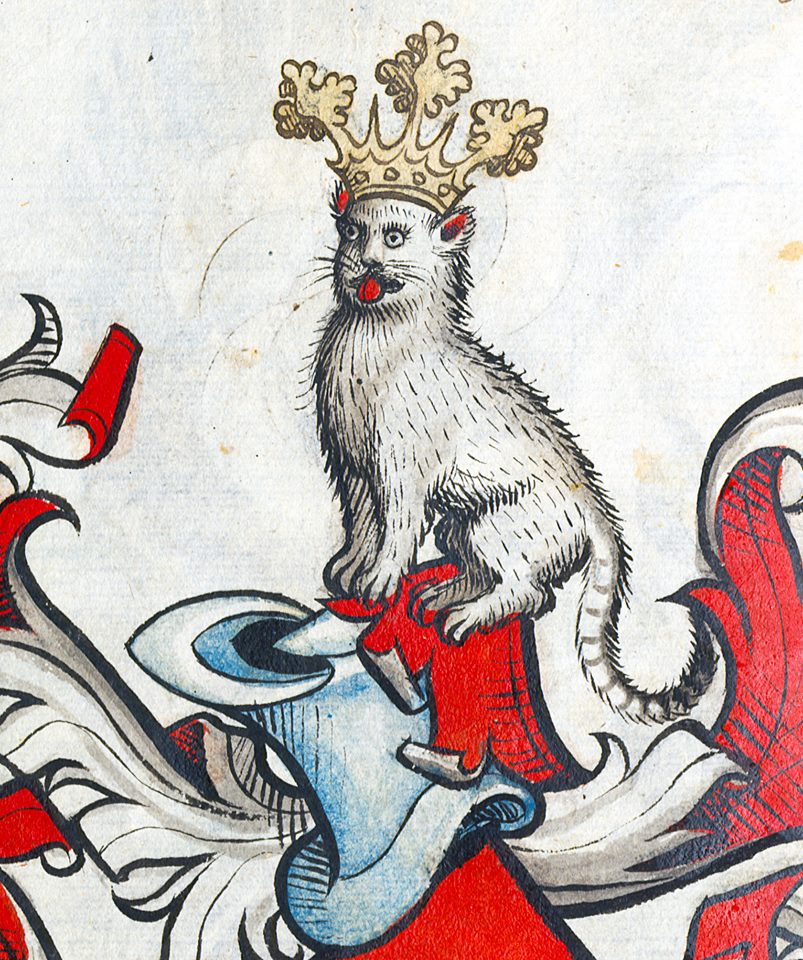 The Laws of Hywel Dda state, among the other attributes of a good cat, that "it should not be"caterwauling every new moon" 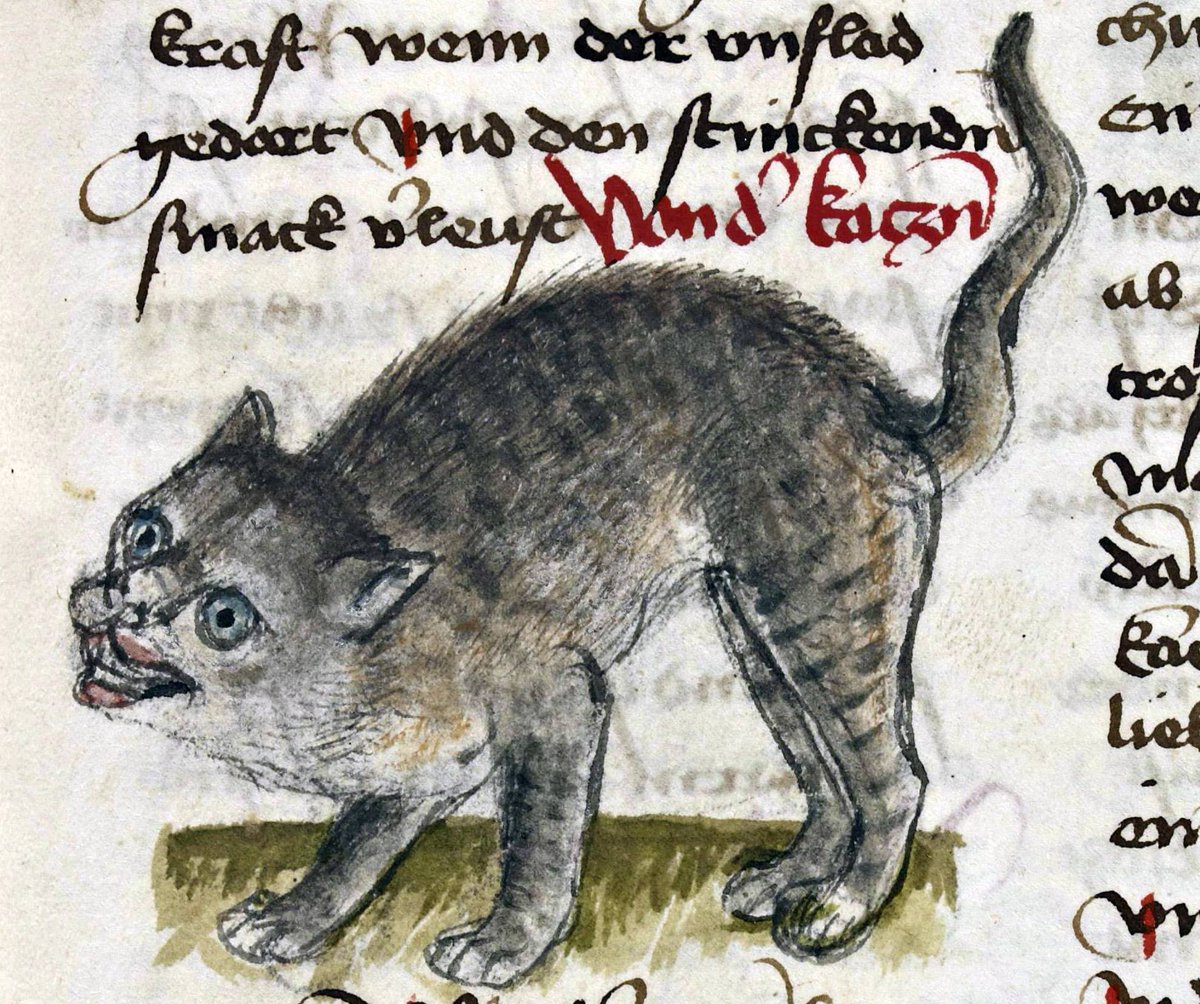 Evidence suggests that cats were kept as pets in the early Middle Ages in the British Isles. Analysis of remains from Mid–Late Saxon Bishopstone even identifies a cat with a heavy fish diet that likely was well-fed by an owner (possibly an important one, as fish was elite food). 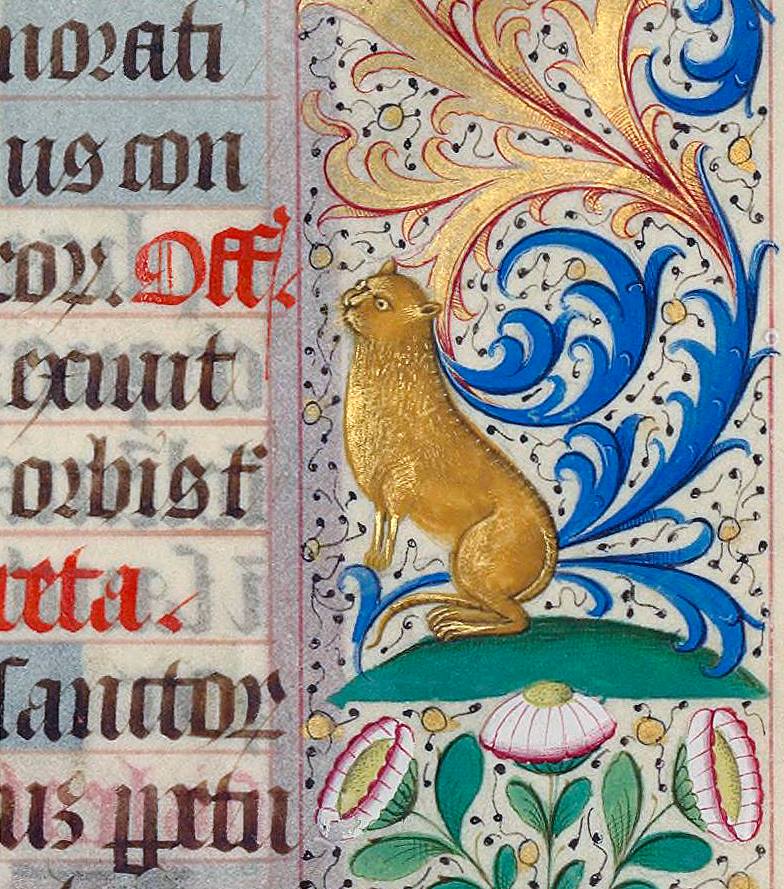 We even have a sweet 9th-century Irish poem by a monk about his cat, Pangor Bán:  https://en.wikipedia.org/wiki/Pangur_B%C3%A1n … … Several other Old Irish cat names survive, including Méone [little meow] and Cruibne [little paws]. 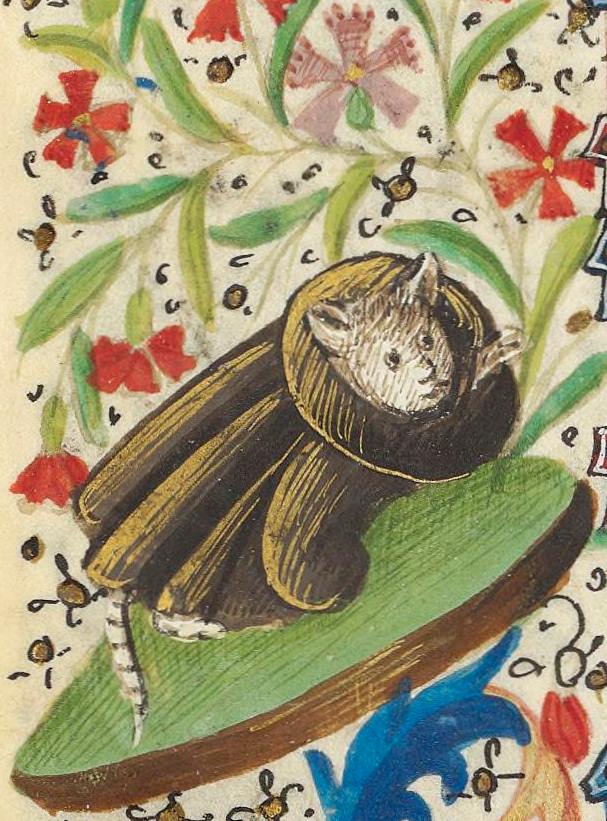 The 13th-c Ancrene Wisse has the following advice for anchoresses: "You, my dear sisters, unless you are forced by necessity and your director advises you to, should not keep any animal except a cat. [...] An anchoress ought not to own anything that attracts her heart outwards."

Finally, though not a law code, note this 15th-century manuscript that a kitty walked across while the ink was still wet:  https://news.nationalgeographic.com/news/2013/03/130326-animals-medieval-manuscript-books-cats-history/ …

I am not an expert on medieval cats, but I just read @PooleZooarch's wonderful article "The Contextual Cat: Human–Animal Relations and Social Meaning in Anglo-Saxon England," from which many of these facts are drawn, and I felt like sharing. /fin 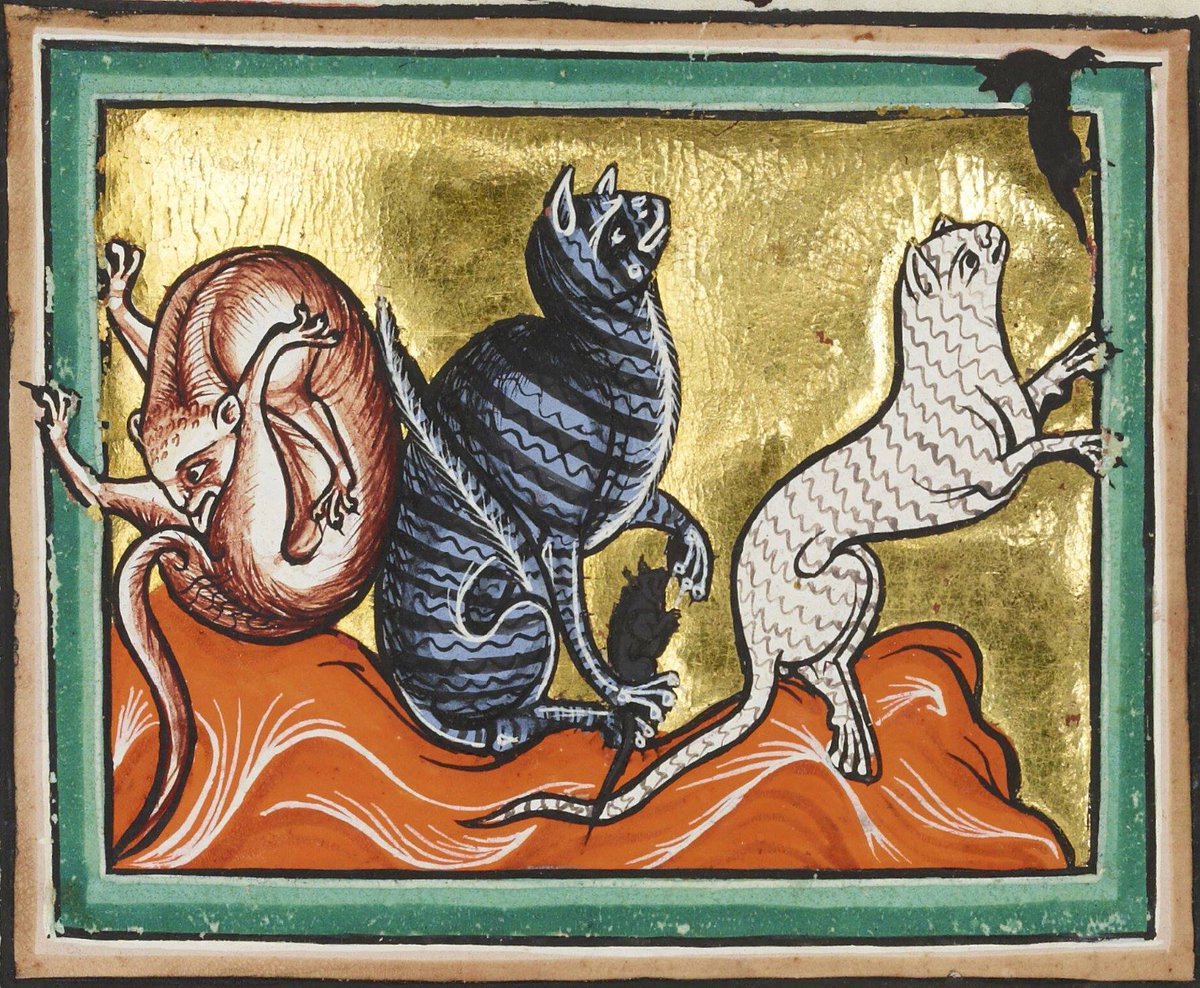 Awww, this got popular. If you like stuff like this, consider supporting education and the humanities! One good way to support amazing medieval scholarship would be to donate to the Bella da Costa Green Fund:  http://www.themedievalacademyblog.org/belle-da-costa-greene-fund/ …