(THREAD) We've spent so much time discussing whether Mueller found proof of conspiracy beyond a reasonable doubt, we've not discussed whether he found *clear and convincing* proof of it—proof enough for laypeople to say there *was* collusion. I discuss it here and hope you'll RT. 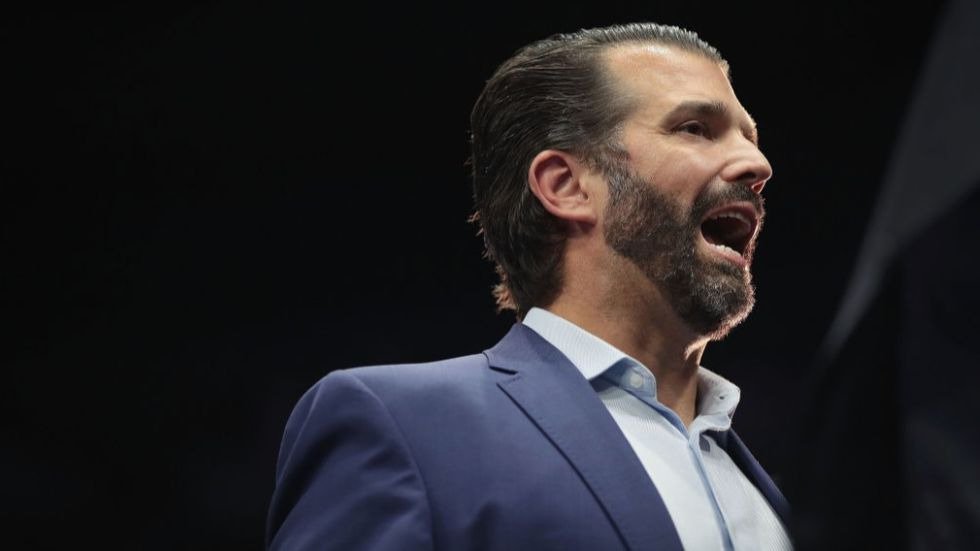 1/ The Mueller Report is so long that many haven't read it—not even its executive and legal summaries, which taken together are the size of a novella. But the key point is that Mueller investigated two "conspiracy" crimes which would fall under the lay umbrella term "collusion."

2/ One conspiracy he investigated was whether Trump or anyone in his orbit conspired in Russian computer crimes—that is, whether there was a *before-the-fact* agreement between any Trumper and the IRA or GRU, something no one ever alleged and Mueller, unsurprisingly, didn't find.

3/ The other conspiracy Mueller investigated was the one that *had* been talked about in the media, and which, therefore, was the only before-the-fact "conspiracy"-style act of collusion anyone imagined—putting aside, therefore, bribery, aiding and abetting, and money laundering.

4/ *That* conspiracy was a conspiracy to illegally solicit foreign campaign donations: a conspiracy which, if found, would constitute the *second* campaign-finance felony for which the Trump campaign was responsible, with *both*—I'll explain in a bit—being key to Trump's victory.

5/ In lay terms, this second conspiracy had 6 elements, all centering on the actions of Trump Jr. The elements:

6/ Mueller easily concluded Trump Jr.'s actions were in the context of a campaign (1); that he both solicited and received derogatory information on Clinton (2); and that he was dealing with those he knew to be foreign nationals (5). Only the *other* three elements were at issue.

7/ In fact, however, Mueller ultimately concluded that only *one* element was at issue: whether Trump Jr. acted "knowingly and willfully." He concluded derogatory information on a political enemy is a "thing of value" (4), and under an "expected valuation" standard, found that...

8/ ...information that could "incriminate" Trump Jr.'s father's political rival had an "expected" value that prosecutors could argue was over $2,000 (the level for a misdemeanor) or $25,000 (the level for a felony)—thus element (6) was met. The issue was Don Jr.'s "mental state."

9/ I want to note that, so far, *no one* could disagree with Mueller's analysis. Trump Jr., beyond any doubt at *all*, solicited a thing of value from a foreign national, and his father had spoken *repeatedly* of the great value to his campaign of negative information on Clinton.

10/ Mueller got hung up on the question of "knowingly and willfully"—that is, he felt he couldn't prove it beyond a reasonable doubt (in other words, Don Jr. was likely *indictable* but, under DOJ regs, Mueller couldn't indict because he didn't believe he would get a conviction).

11/ Mueller's declination decision—decision not to prosecute—for this particular conspiracy therefore hinged on *one* element of the offense. And Mueller explained there was one *type* of evidence that would have been needed for that element to be found: evidence of concealment.

12/ In other words—and this will blow your mind—it appears that the reason Trump Jr. wasn't charged with a federal felony, and that the Mueller Report did not find "collusion," was that Mueller concluded that...

...after it was over he *never* spoke of it again, to *anyone*, not even the men *he attended it with*, not even his *dad*, though it involved the type of information his father wanted the *most*.

15/ If you were to ask yourself, "What sort of evidence of concealment was Mueller looking for?" your answer would likely be, "Well, he'd look for evidence that Don Jr. never told anyone about the meeting, and no one else who went to it did, either." And *that's what they claim*.

16/ Incredibly, the fact that no one *believes* Jr. when we says he never told his dad, and that Kushner and Manafort never spoke of it either, was taken—even though prosecutors can't take evidence *both* ways—as a sign he *didn't* hide the meeting, though even *he* says he did.

17/ Of course the evidence of concealment goes way beyond just the fact of, er, *total concealment*—even though it doesn't have to. For instance, we know Kushner hid the meeting on his security forms. And Trump Jr. was involved in putting out a false statement about the meeting.

18/ We also know Jr. was aware of his dad's campaign rhetoric beginning a few weeks after the meeting, which depended on the idea that *any* dealings with Russians would have been out-of-bounds, and hurtful to his presidential campaign—which is why he said repeatedly he had none.

20/ If "beyond a reasonable doubt" is the standard of proof achieved when a juror is 90% or more sure of something, attorneys generally peg "clear and convincing"—the next highest standard—at 70%. I doubt *any* attorney of good faith would disagree that standard is met here. /end

PS/ Lest you think Don Jr. was a side-figure in the conspiracy question, realize that in fact it's the *opposite*: the 3 *key* figures in any "collusion" allegations against Trump's campaign were *always* Jr., Kushner, and Manafort—and *not* just because of the June 2016 meeting.

PS2/ According to Mueller, Trump Jr. was the "lead negotiator" on the secret Trump Tower deal ("Trump-Agalarov") Trump was working on after he decided to run but before he announced, and Trump Jr. was *repeatedly* briefed by Cohen on the second ("Trump-Rozov") secret tower deal.

PS3/ Moreover, Trump Jr. was the one who—according to the New York Times—met at Trump Tower on August 3, 2016 with an emissary from the governments of Saudi Arabia and the UAE, which emissary offered collusive pre-election assistance to the Trumps, and which aid Don Jr. accepted.

PS4/ Trump Jr. was the one who met, at an NRA event, with Alex Torshin, the Kremlin official who was a Russian spy's—Maria Butina's—*handler* in America, doing so just before Trump announced his run. Trump *repeatedly* used his son as a cutout with foreign nationals offering aid.

PS5/ Indeed, to establish "clear and convincing" evidence of conspiracy on Trump Jr., one would also look at how he hid and lied about his *prior* meetings with Russians, his *subsequent* meeting with a Saudi/UAE emissary, and his Congressional testimony on the June 2016 meeting.

PS6/ What Team Trump somehow got America to do is replace the "lay" definition of misconduct with the hardest-to-meet standard possible—the standard for criminal conviction. *Any* layperson, seeing "70%" evidence Trump Jr. conspired with the Russians, would say "I see collusion."

PS7/ Because *no one* alleged a before-the-fact conspiracy between Trump's campaign and the IRA or GRU—the allegation was always bribery or aiding and abetting, neither of which Mueller probed—the conspiracy everyone was waiting to hear about in the Mueller Report was *this* one.

PS8/ Here's what I suggest: read enough of Vol. 1 of the Mueller Report so that you too can conclude—as anyone looking with clear eyes at the evidence Mueller presented would—that Mueller found "clear and convincing" evidence of the only "conspiracy"-style crime US media alleged.

PS9/ Then, in speaking with friends—though frankly this should apply also to analysts appearing on cable—you'll be able to say that it's clear that any *lay* standard for saying a conspiracy (a type of collusion) happened has been met. It's just that Don Jr. won't be *convicted*.

PS10/ Never in your life have you been 70% sure of something and been unwilling to say you "believe it happened"—it's only rhetoric from Team Trump, and the complicity of the media, that causes us to force our lay discourse on "collusion" into the box Trump wants us to put it in.

NOTE/ I said I'd return to the question of how what Jr. did helped Trump win. The answer: as with his contact with WikiLeaks, or Saudi Arabia, or Torshin, Jr.'s role in June 2016 was to show—via a willingness to meet and talk—that Trump welcomed Russian aid. His actions did that.

ADDITION/ I forgot to add, in the concealment section, that Jr., Kushner, and Manafort were scheduled to meet with Trump *on June 9* to discuss derogatory Clinton info—yet they hid from Trump the meeting they'd *just had*, suggesting they knew it'd be *bad* for him to know of it.

TRUMP TWEET/ Having read this thread, you now see why a tweet like the one below is not just an abomination of logic, but a *deliberate* attempt to misrepresent what *any* layperson would conclude from actually *reading* the evidence in the Mueller Report.

NOTE2/ I left out that, per the Mueller Report, Don Jr. treated the June '16 meeting as *so* worthy of concealment that the email thread discussing it that he sent to Kushner and Manafort was labeled "private and confidential." The evidence of concealment is clear and convincing.

NOTE3/ I also left out that, per the Mueller Report, Trump Jr. *lied* about the source of the negative information he expected from the Kremlin by telling *senior campaign staff* it came from Kyrgyzstan. *Only* Kushner and Manafort were told the "private and confidential" truth.

NOTE4/ Indeed, the *very reason* Trump Jr. had to send a "private and confidential" email to Kushner and Manafort including his full conversation with Goldstone is that he'd previously *lied to them* at the senior staff meeting about where the information was really coming from.

NOTE5/ Despite this evidence, and even more that I've not gone into to keep this thread at a manageable length, Mueller found insufficient evidence that Trump Jr. wanted to conceal the fact of this meeting. Anyone can see that the evidence of concealment was clear and convincing.