Jennifer Gunter @DrJenGunter The Gray Lady’s gynecologist (@NYTStyles), sexpert, appropriately confident, lasso of truth, I speak for no one but me. The Vagina Bible (8/27), Jensplaining. May. 06, 2019 1 min read

The @vp tweeted a lie about neonatal palliative care to his 7 million followers. I accurately called him a liar. I have 150k followers. Amazing the @vp of the United States couldn’t get more likes than the doctor calling him out. 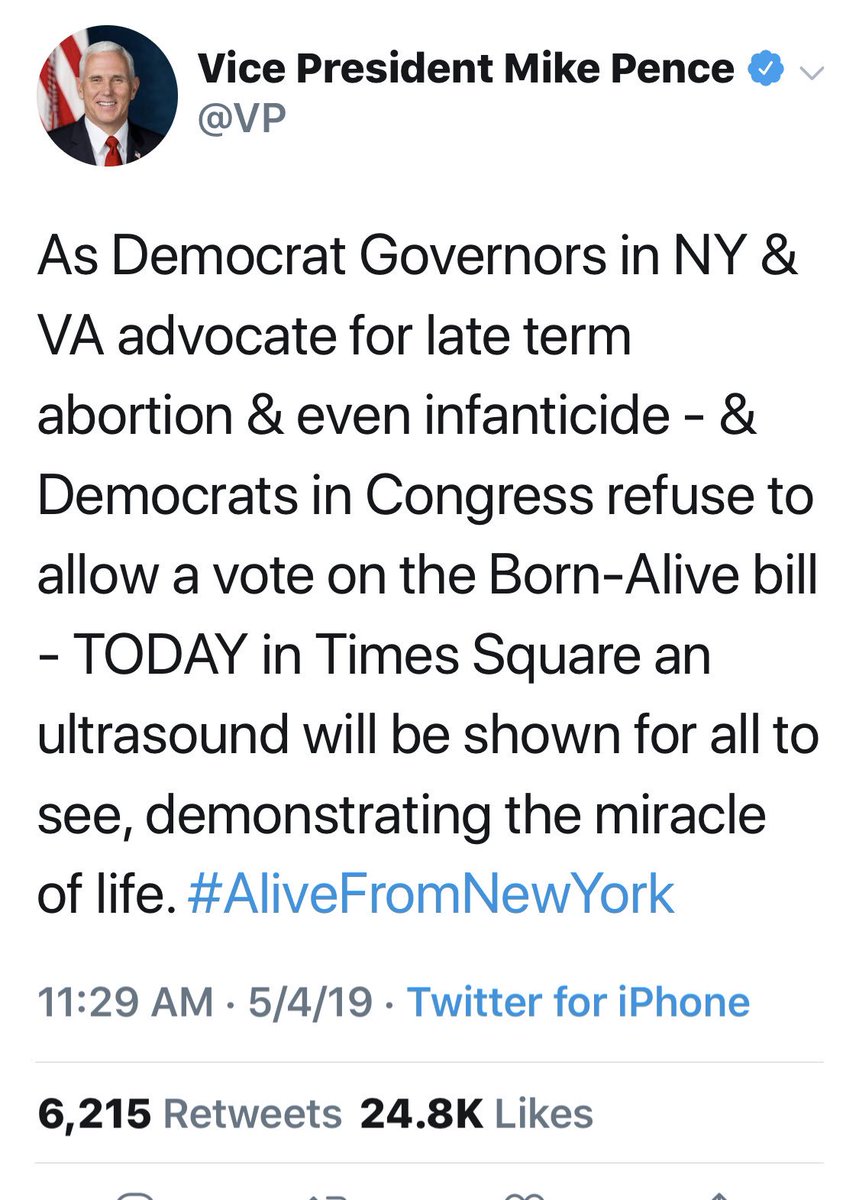 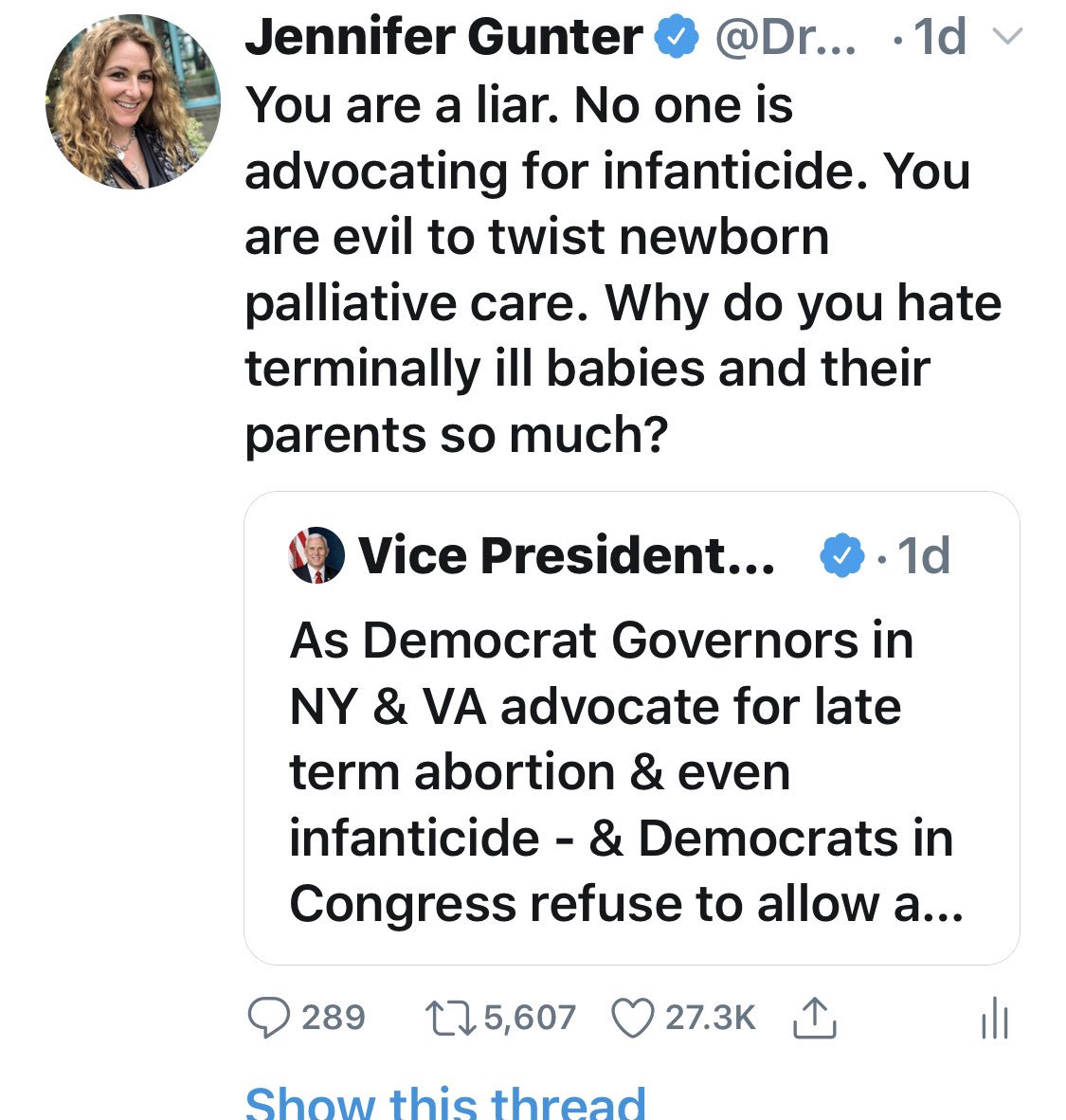 This tells me that people are sick of @vp’s lies and that public opinion about abortion depends on how you ask the question and how truthful you are.

I also know when tweets get a lot of attention they become news stories @VP and one day, soon I suspect, a reporter will ask you, “Dr. Gunter’s newborn died a few minutes after birth and she wonders why you lie about that tragedy for political gain?”

It is also possible @VP is too stupid to understand what Gov. Northam said or that the new law in NY is the same as what we have in California. But the CA law was before they realized that twisting palliative care into “infanticide” was effective propaganda.