So the Times got Trump’s taxes...  https://nyti.ms/2PQJodC?smid=nytcore-ios-share … 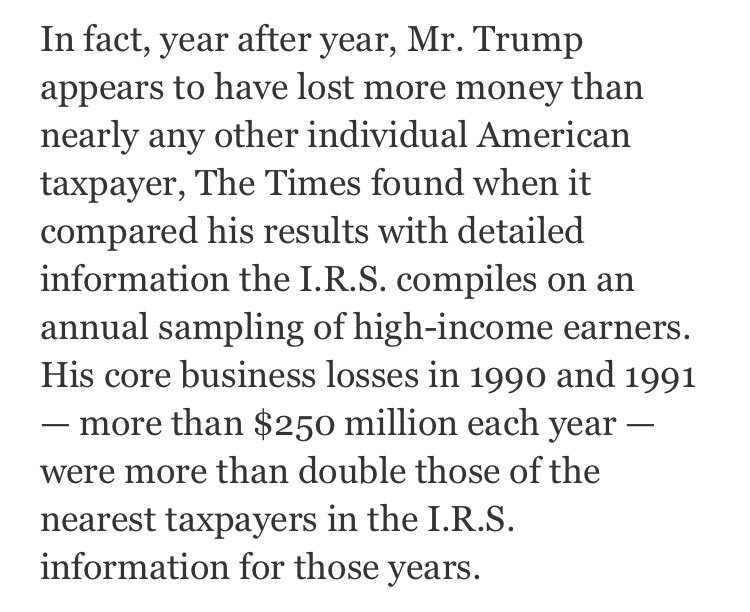 I should add and clarify that the article describes data from Trump’s tax transcripts with figures from his federal tax form from 1985 to 1994—explosive, though tantalizing as to what remains undisclosed.

Read the story in full.

When “Art of the Deal” was published, Trump was observably and quantifiably one of the nation’s biggest losers.

Not an opinion or a hyperbole, just a summary of what the report found.