Eric Garland+ Your Authors @ericgarland Intelligence analyst and advisor to CEOs and governments. I break down global events into clear narratives and appropriate profanity. May. 09, 2019 1 min read + Your Authors

DEAR MILLENNIALS AND ANYONE ELSE. STOP STEALING DEFENSE INFORMATION. IT'S NOT JOURNALISM, BUT A CRIME.  https://www.justice.gov/usao-edva/pr/former-intelligence-analyst-charged-disclosing-classified-information …

This alleged assbag isn't a "whistleblower" or a "hero" or whatever our enemies propagandize about Reality Snowden Manning Winner. These are *threats to national security facing 50 years in prison.* 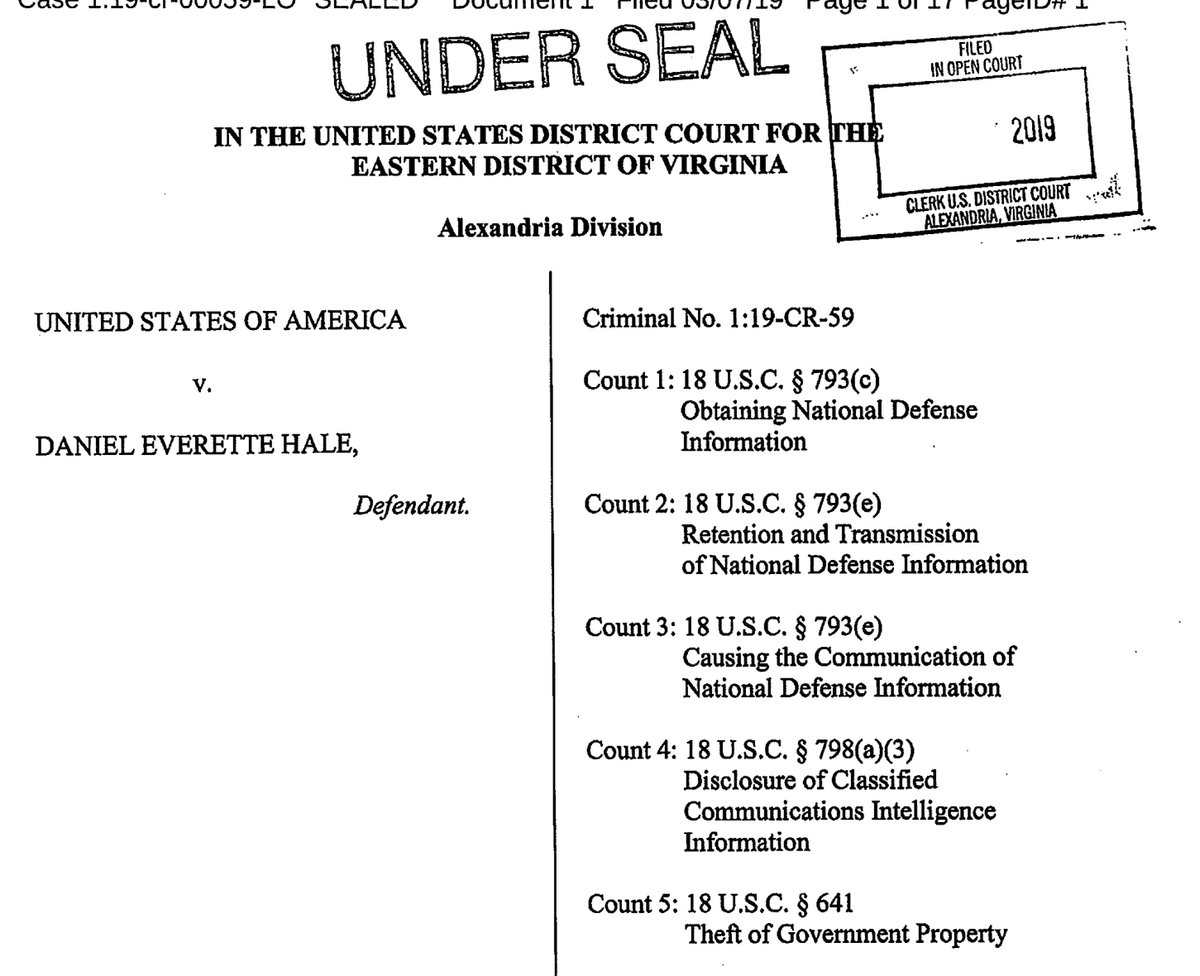 These aren't "journalists" you're leaking to or "FOIA terrorists," but agents of foreign powers and the handmaidens of *actual* terrorists.

Let's get some #realtalk out of the way, here.

If you are granted a top secret clearance, YOU DON'T GET TO DECIDE WHAT CAN GET TOPSIDED. PEOPLE WILL DIE.

If you're a 20-something analyst, GUESS WHAT, MORON? YOU PROBABLY DON'T HAVE THE INSIGHT OF THE DIRECTOR OF CENTRAL INTELLIGENCE OR THE DNI AS TO THE RISK OF YOUR JOURNAMALISM LEAK.

I.e. YOU DON'T KNOW WHAT YOU'RE WRECKING, OR WHO WILL GET KILLED FROM YOUR DISCLOSURE.

Somebody accidentally gave you, in this case, a TS//SCI clearance, so let me spell out: SENSITIVE *COMPARTMENTED* INFORMATION.

Compartmented for a reason, moron.

NOBODY GETS THE BIG PICTURE EXCEPT A VERY FEW INDIVIDUALS. And the rest, yes it's humble, but the rest - ALL OF US - work in compartments and KEEP THE SECRETS TO WHICH WE ARE ENTRUSTED and have to work quite a bit on blind faith.

WE DON'T GET TO CHANGE THAT.

Nobody but a SHIT-EATING NARCISSIST decides unilaterally that they get to decide which secret they steal and transmit over some system the NSA owned eons ago. First, because YOU SIGNED CONTRACTS SAYING YOU WOULDN'T and second YOU DON'T KNOW WHO DIES OR WHAT GETS BLOWN UP.

So everybody - intel analysts and consumers of news - there are no "leaks" of classified intelligence. Only the trafficked products of national security crimes. And it's not journalism.

Whether it's a reporter blowing guys on an intelligence committee at Congress, suspicious activity reports from the agency that tracks terrorist money laundering, or HARD DRIVES AT THE NSA FLUNG TO RUSSIAN INTELLIGENCE FRONTS, none of that is less than a crime.

So if you're thinking of stealing defense information or "publishing" it on your Mob-money-funded digital platform, don't.