Flynn's possible prosecution under the Logan Act, and the Trump circle's arguments against that is a recurring theme in the Mueller report.

A few instances in a thread. ⬇️

The first mention of Flynn's possible Logan Act violation in the Mueller report came in describing Trump's reaction to a Washington Post column on the topic. 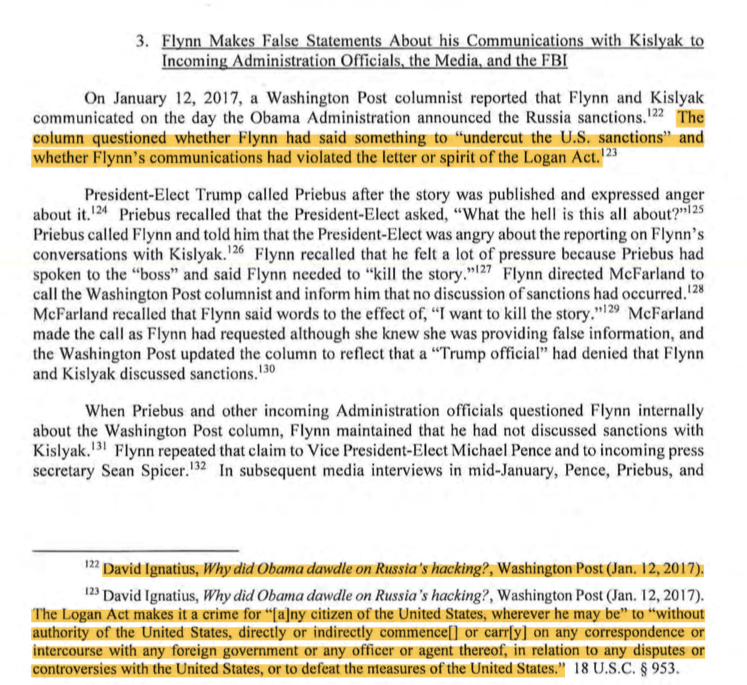 This line appears in the section "DOJ Officials Notify the White House ofTheir Concems About Flynn":

"The President asked about Section 1001 [false statements], and McGahn explained the law to him, and also explained the Logan Act." 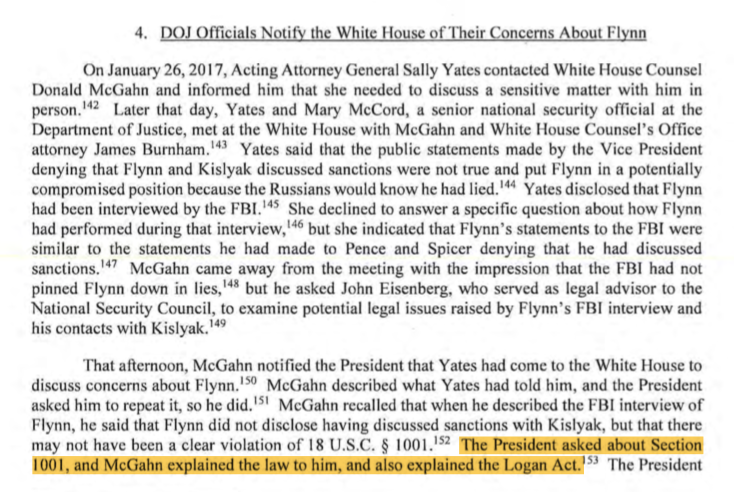