Blair Braverman @BlairBraverman Dogsledder. Author. Adventurer. If you like these tweets, you'll love WELCOME TO THE GODDAMN ICE CUBE (@eccobooks). May. 10, 2019 1 min read

So we’re driving around Minot, North Dakota and a guy runs up to the #InternationalDogBus and I’m thinking “uh oh is something wrong” but he gestures me to roll down the window so I do 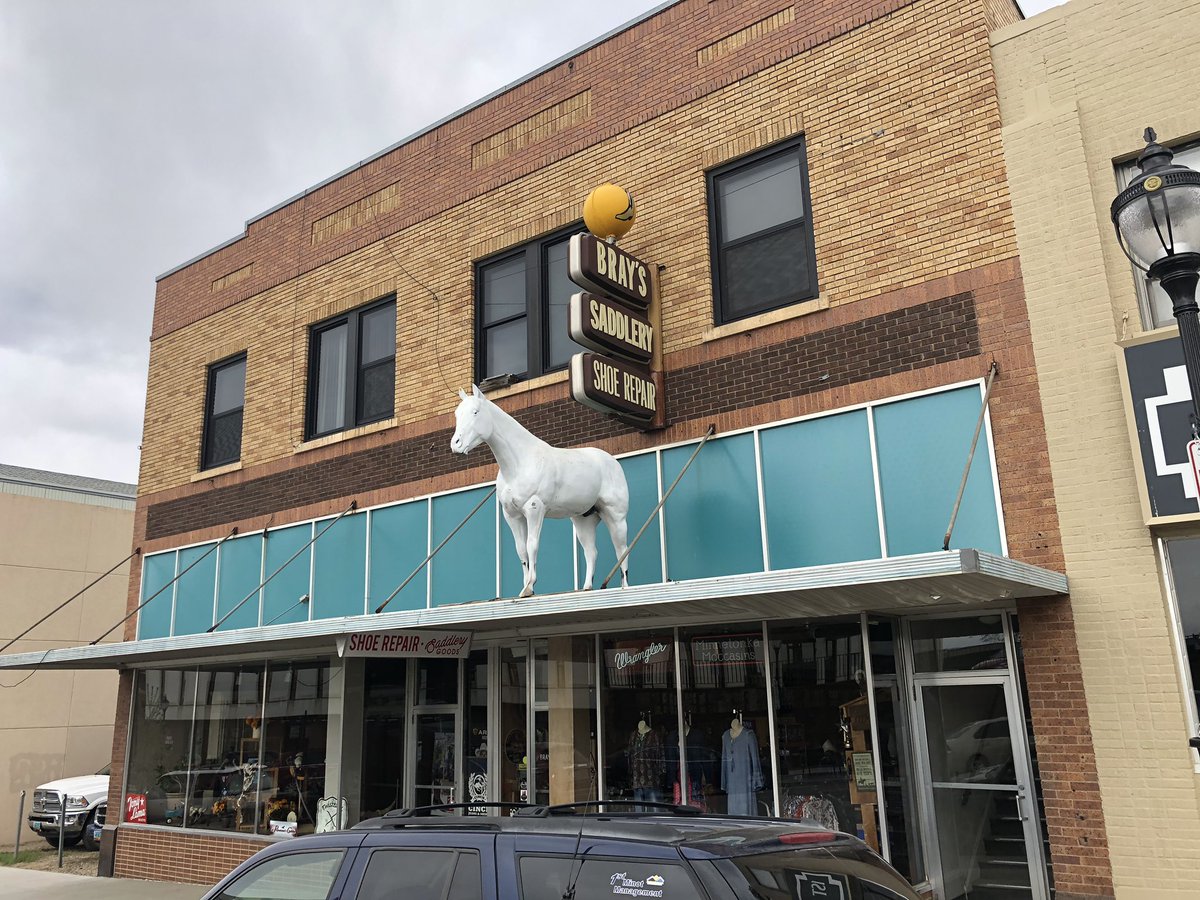 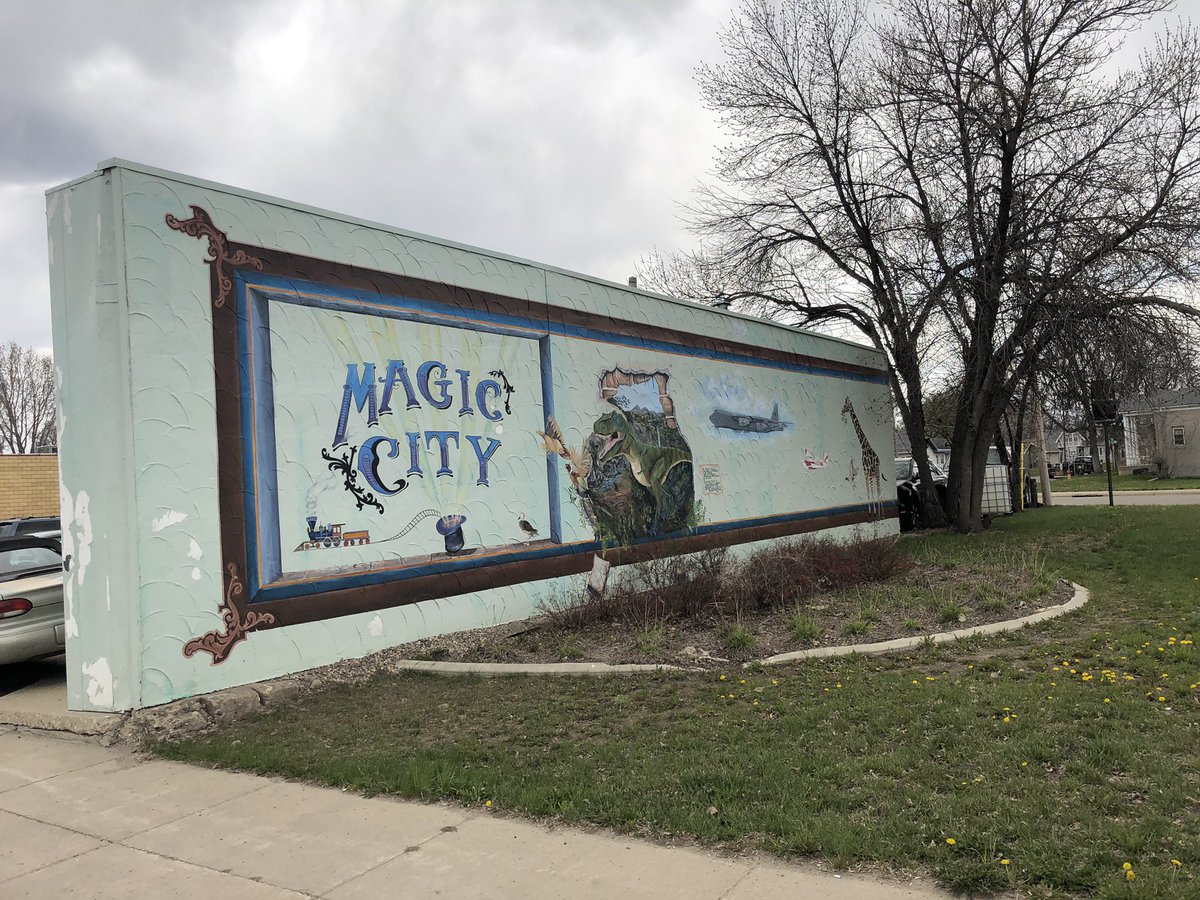 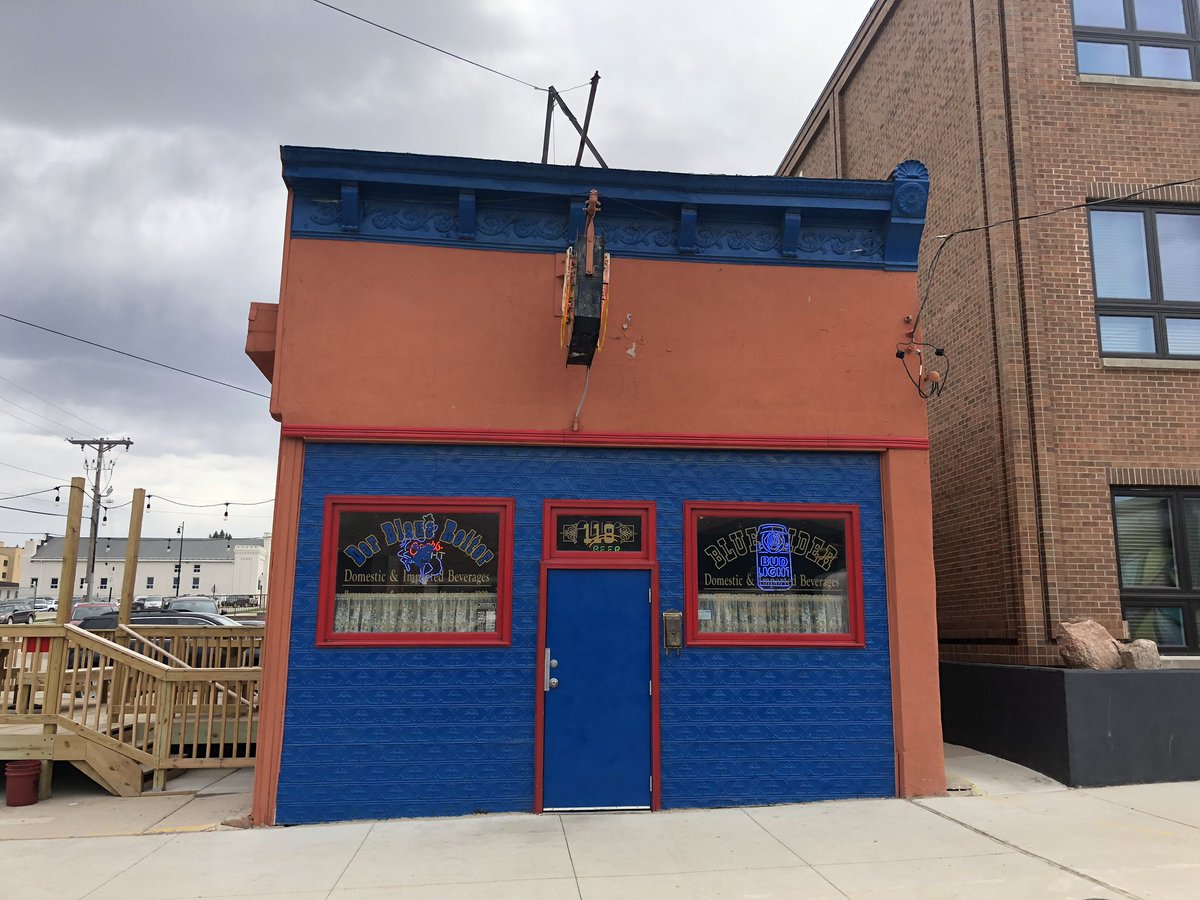 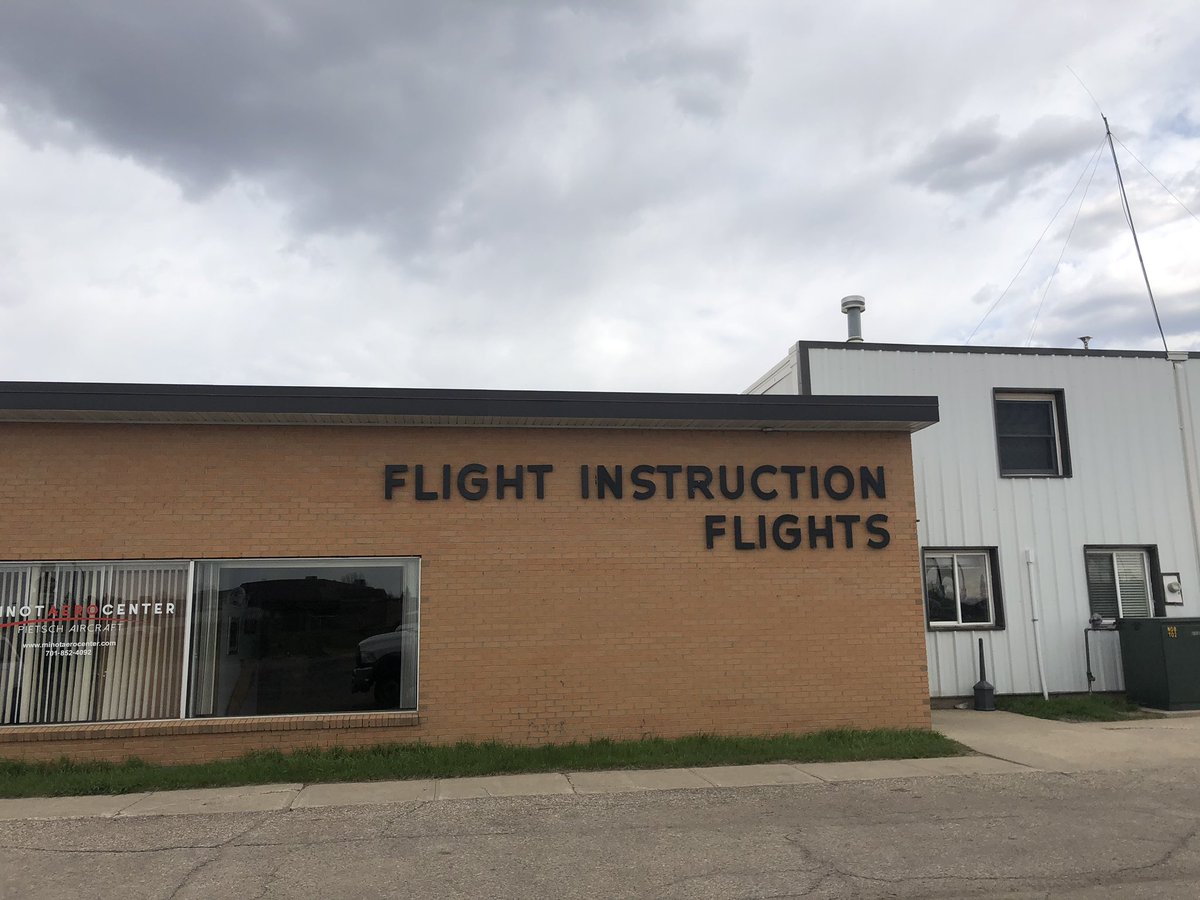 And then he’s like, “I own a barbecue restaurant across the street. Can I give them some pork bones?”

And he gestures to his employee, who’s walking up after him, and holds up a paper bag. This guy saw our dog truck, gathered some delicious bones, and ran out and caught us before we drove away so he could offer treats to the dogs!

Here is Peter (left) and Al (right) of Dickey’s Barbecue Pit in Minot. And a bag of bones! 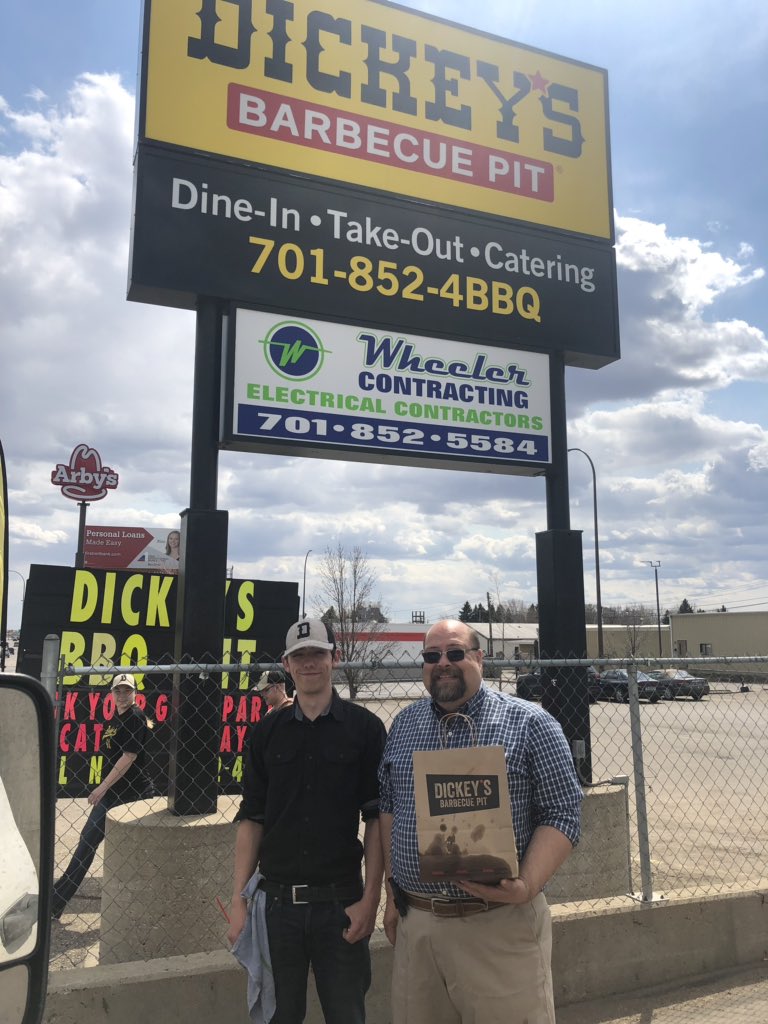 So naturally we’re like, omg yes, they will love that! So Peter hands out juicy delicious bones to all the pups on the bottom right side of the truck. 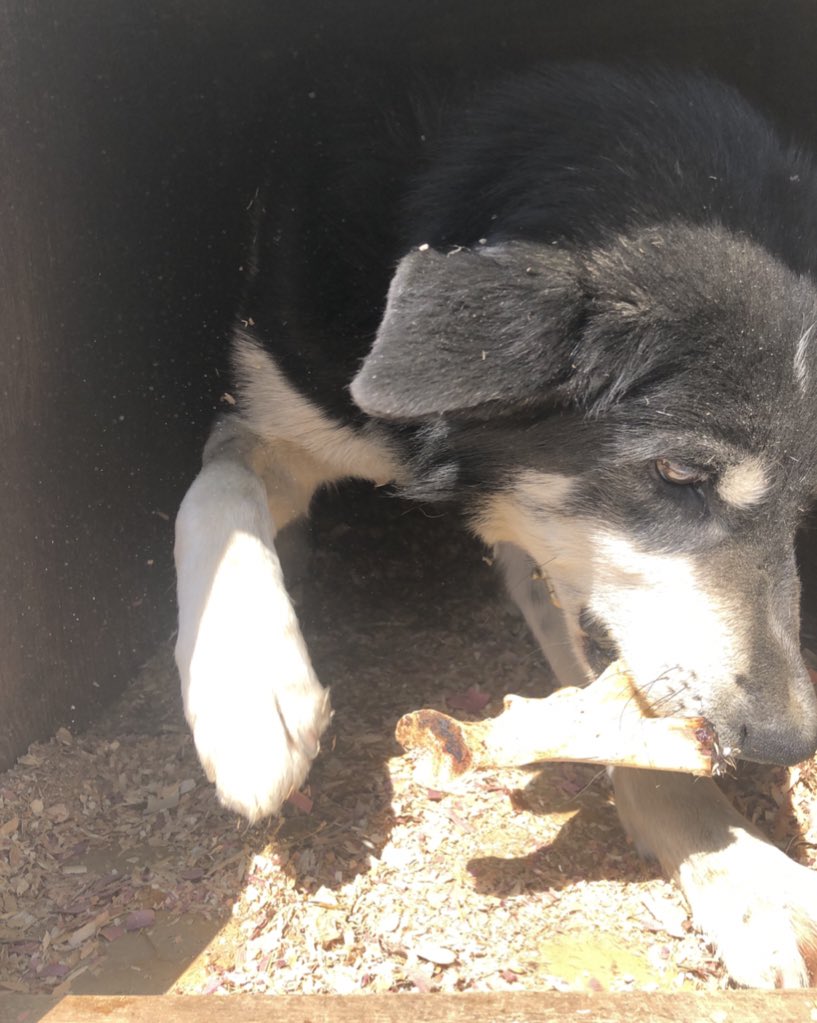 Because he has noticed that we have more dogs than he originally realized. And they, too, want treats.

Peter goes away and walks back out a few minutes later with a HEAPING TRAY OF DELICIOUS FRESH PULLED PORK SLIDERS. 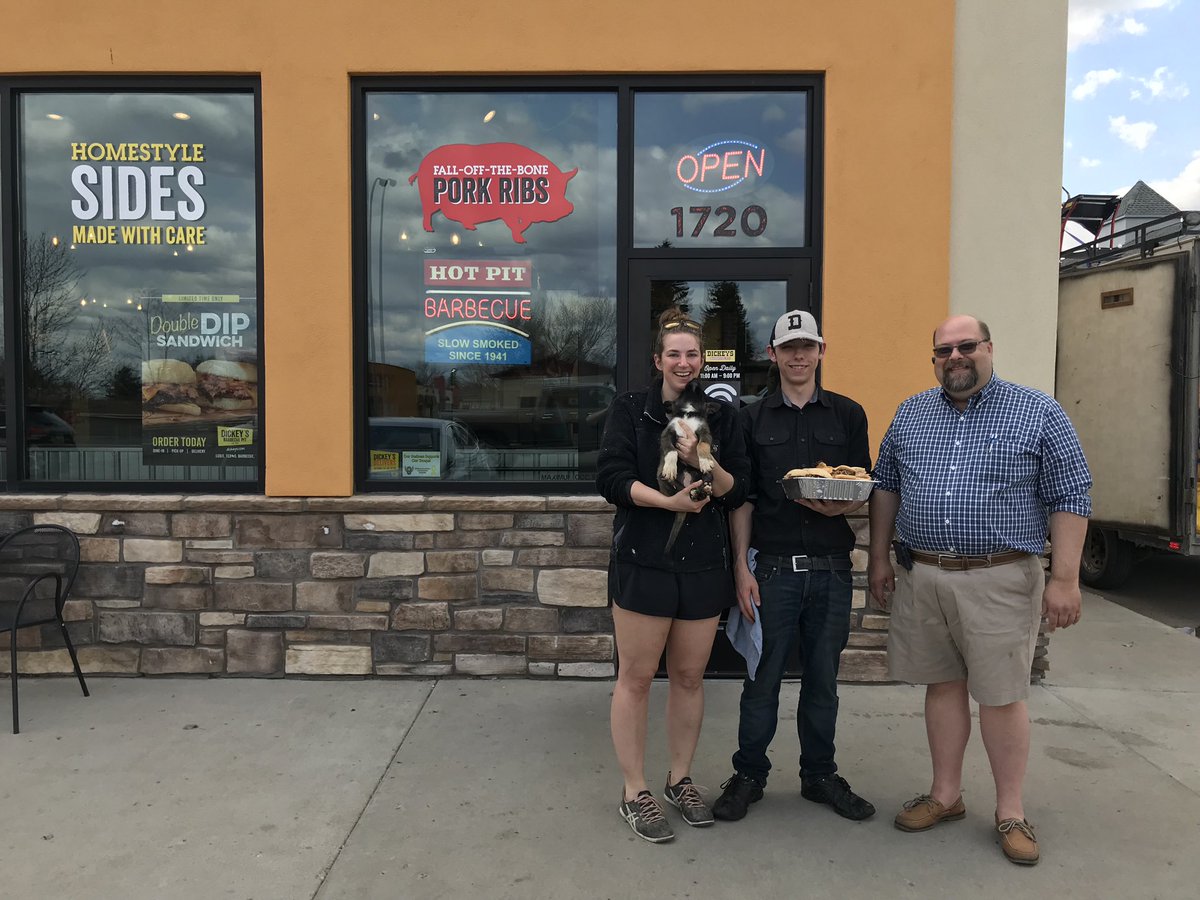 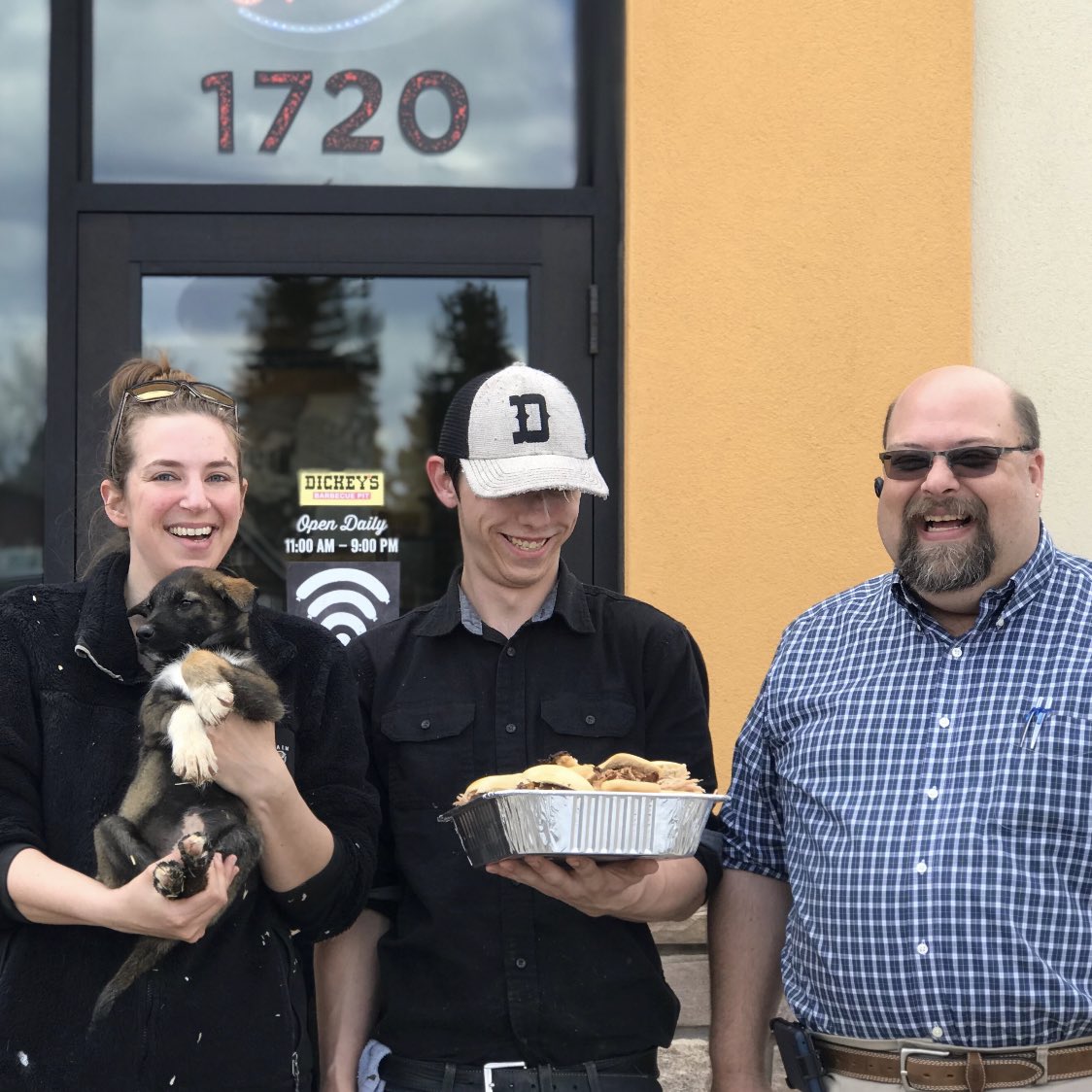 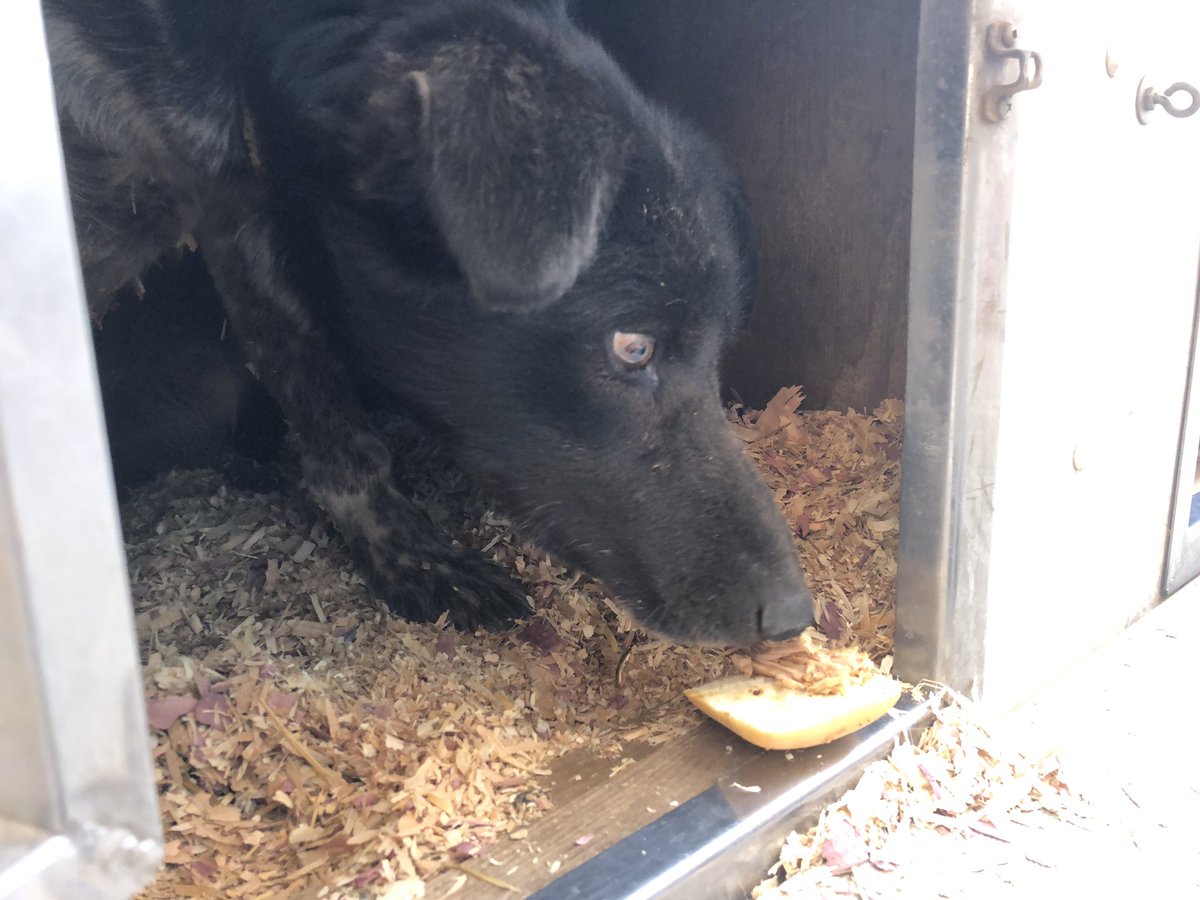 Al wants to make sure that every single dog gets something good. 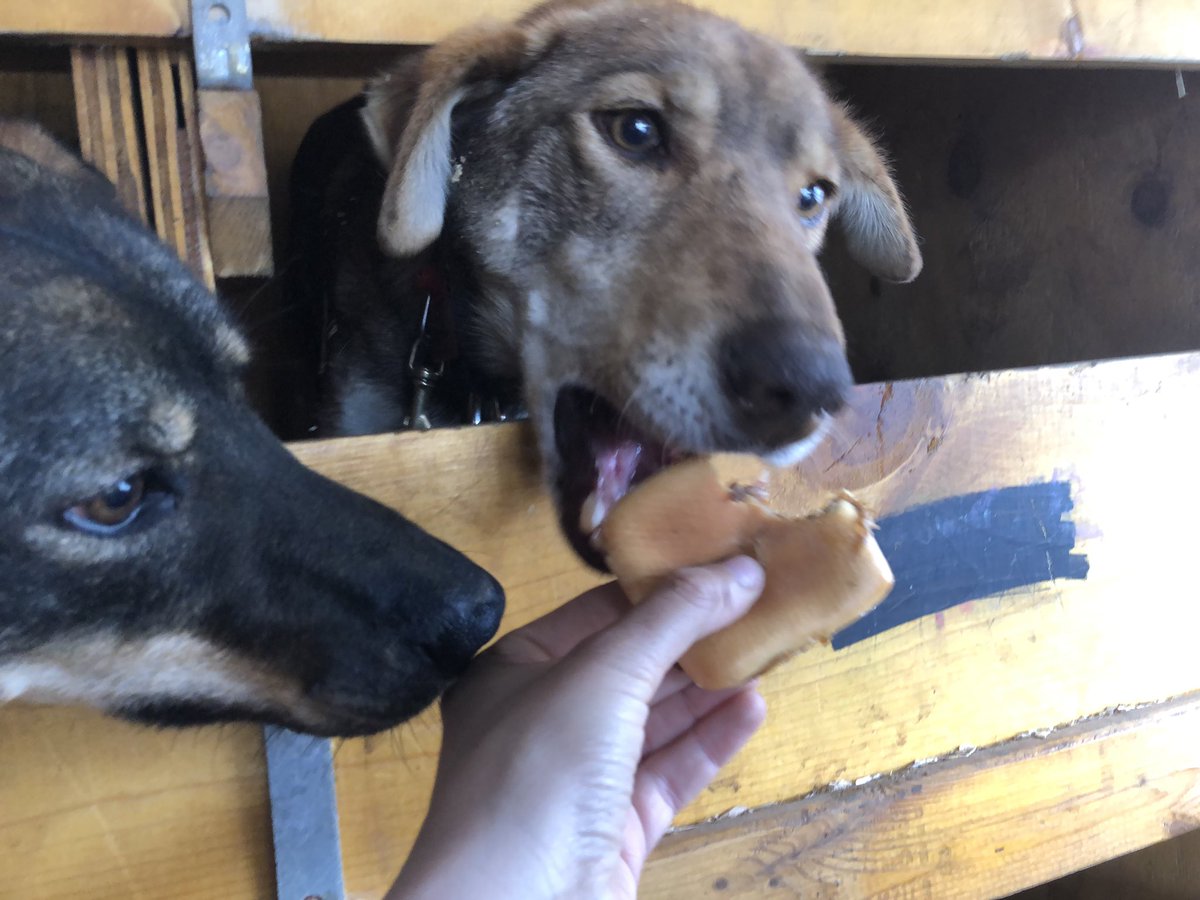 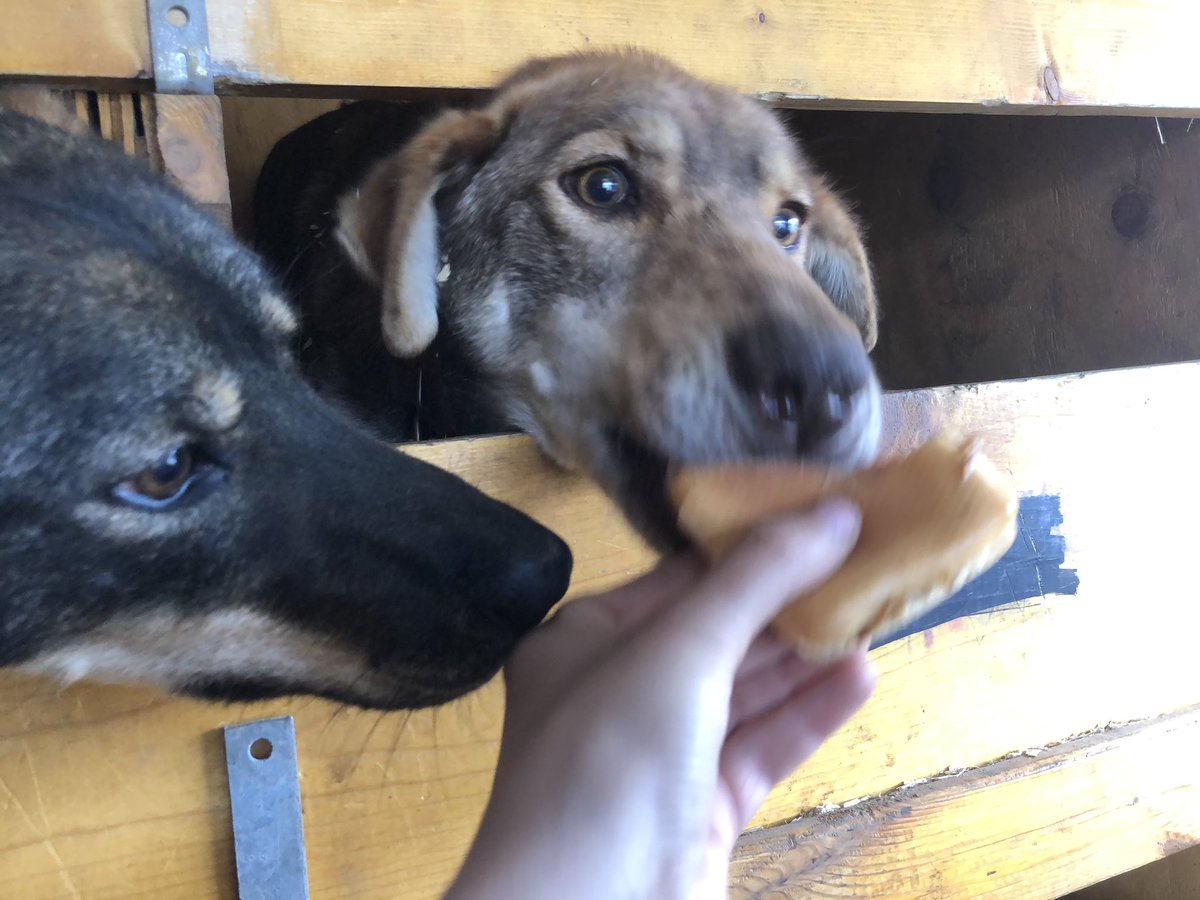 We told him we usually drive through Minot a few times a year and he said to let us know ahead of time and he will save bones so the dogs can have a great North Dakota snack.

And that’s the story of why the dogs’ and my new favorite restaurant is Dickey’s Barbecue Pit in Minot. 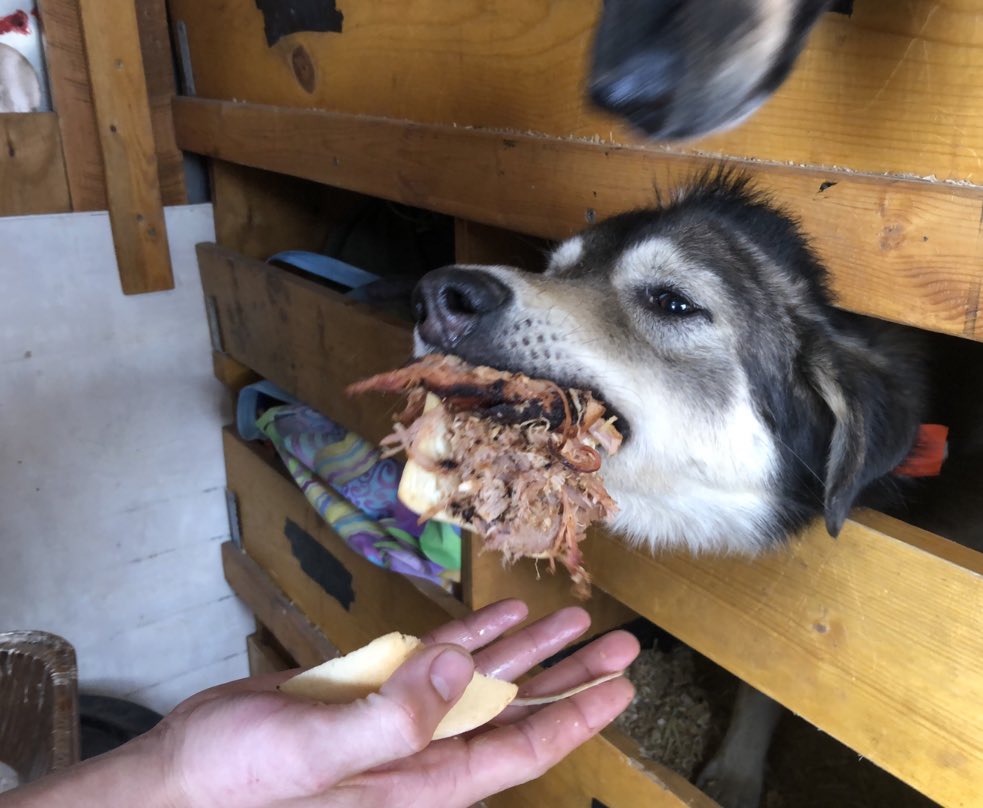 Thanks and see you next time! 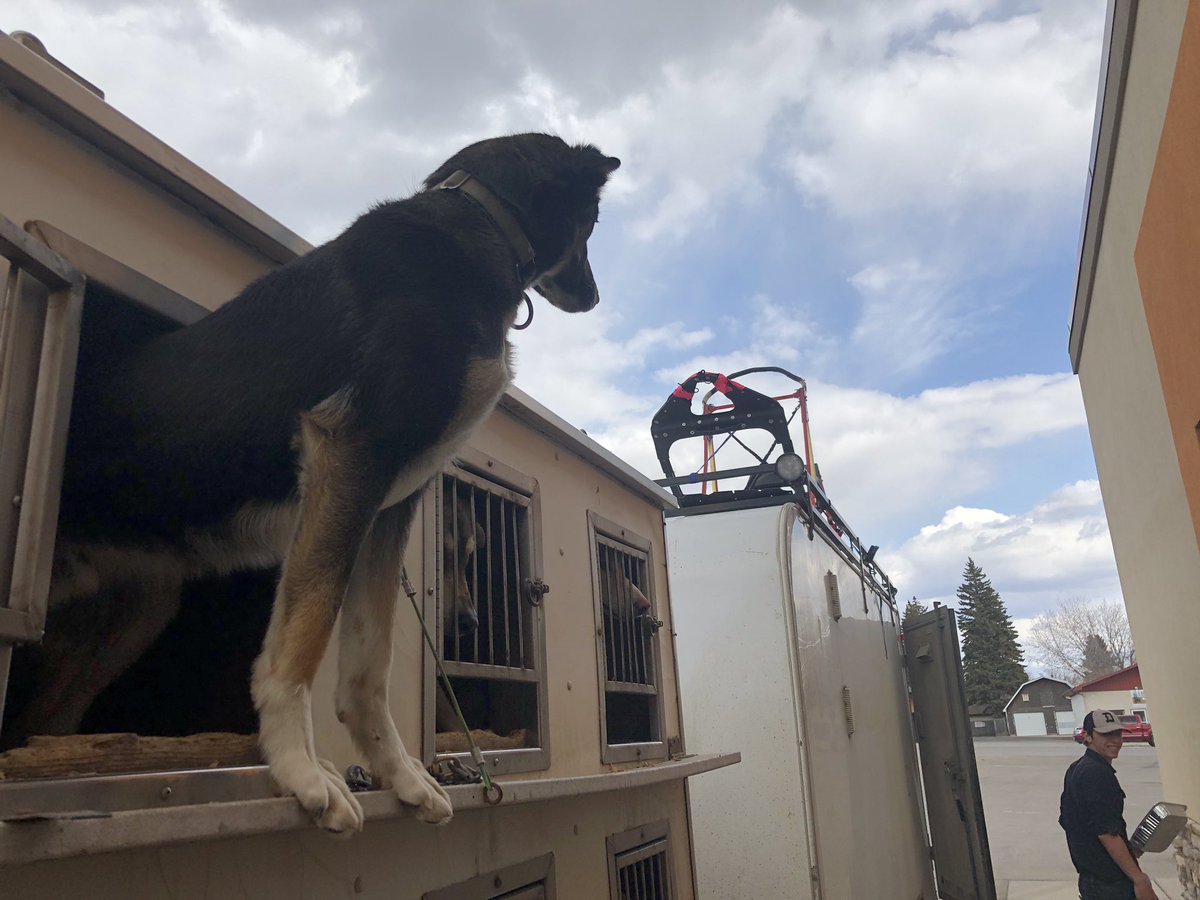