People keeping saying that a certain character's actions on the most recent 'Game of Thrones’ wasn't ‘realistic’ or 'true to the character’. On the contrary, I thought it represented a very clear tendency throughout history. Let me give you some examples… /1

Carthage, 146 BCE - The leadership of Rome's long time rival tried to surrender after the city was swarmed by Roman legions. Not only were most of the survivors made slaves, but the city was utterly destroyed, animals slaughtered, and some prisoners publicly executed. /2 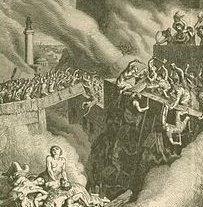 Numantia, 133 BCE - The Spanish ‘oppidum’, or Hillfort of Numantia was a real pain in the arse for Rome. They resorted to cannibalism rather than hand over their land to the legions. In the end, when they did surrender, the legions completely razed the place. /3

Montsegur, 1244 CE - After Cathars - members of a 'heretical’ sect - holed up in the French castle of Montsegur surrendered, those who refused to give up their faith were taken down the mountain and burned together at the stake in a group. About 200 were executed. /4 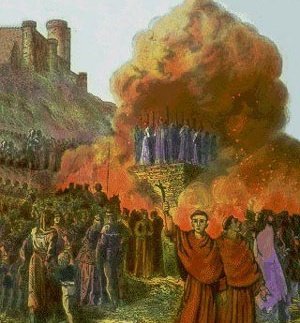 Frankenhausen, 1525 CE - Rather than allow them to return to their homes, an army representing the German princes chased a fleeing rebel peasant army into the city and massacred anyone they could find. Thousands were massacred in the space of a few hours. /5 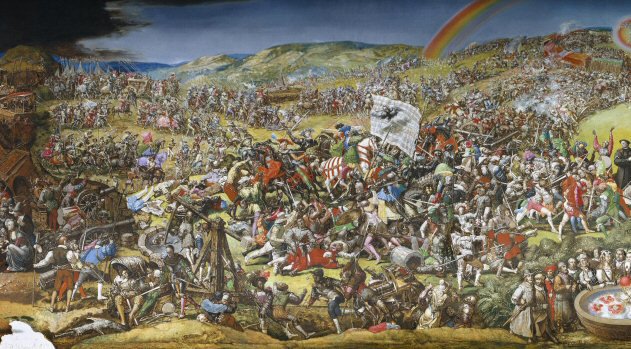 Sand Creek, 1864 CE - Over 150 Cheyenne and Arapaho were massacred by US Army troops, even as they waved flags to surrender. Many soldiers kept grisly trophies. /6 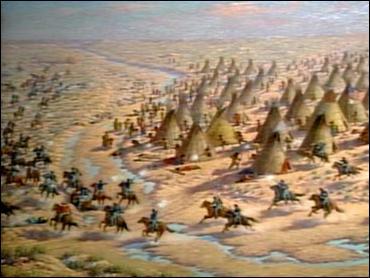 These are just five I could think of. The thing is, rules really don't apply for real-life warfare. The hatred that war brings with it is untameable. That's why it must never be encouraged, or provoked - and why 'Game of Thrones', for once, wasn't fantasy. /FIN