Last night, @twitter briefly locked my account and made me delete tweets from over 2 years ago. Some one must have searched through my account to find something reportable, and then mass reported them. Twitter's reporting system is being abused by bad actors, and it is negligent. 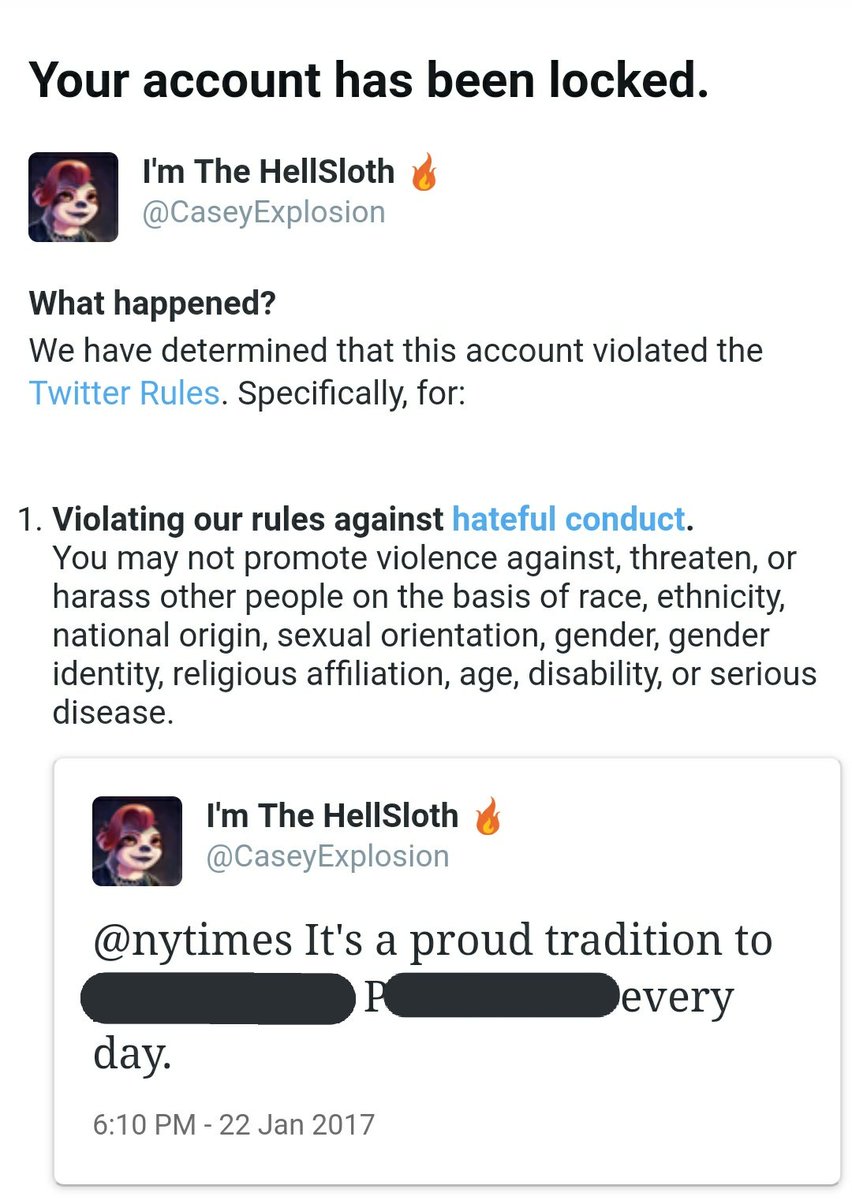 The tweets I was forced to delete all mentioned nazis. I'd make some comment about twitter considering nazi a protected class now, but protecting the interests of white supremacy is nothing new, and twitter's report system responds only to brute force anyway. 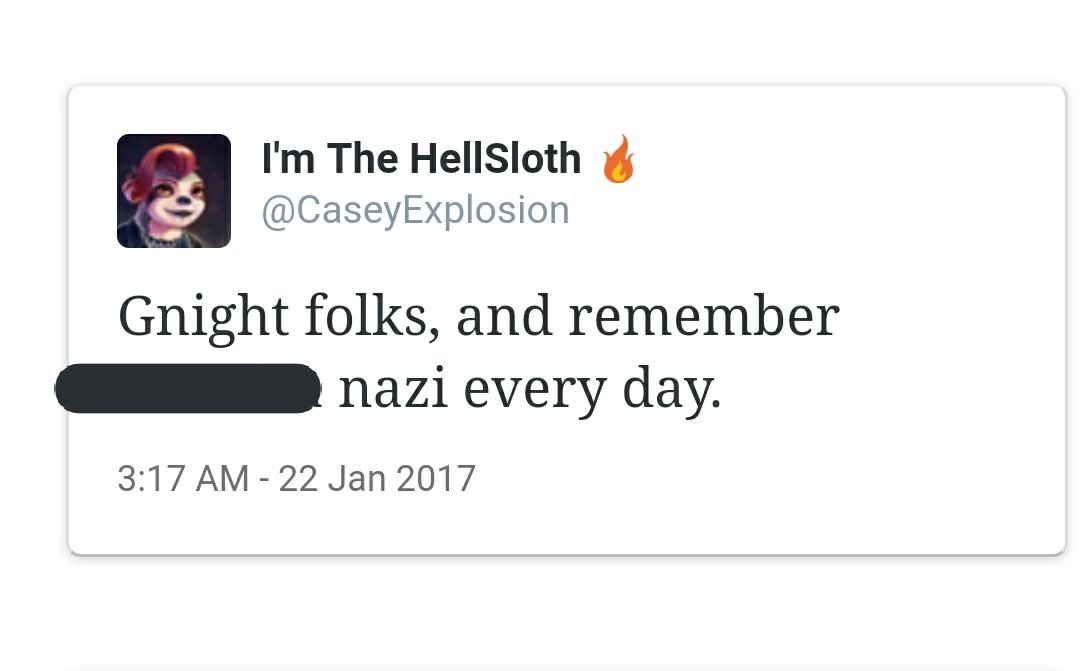 It's been a long standing issue that certain hate groups are directly targeting LGBT users and quite openly calling for mass-reports, they are doing it in an organized fashion, yet Twitter is doing nothing to prevent this from happening.