Will Oremus+ Your Authors @WillOremus oh-REE-mus. Senior writer for OneZero at @medium: onezero.medium.com/ Previously: @slate. I write about how tech shapes us. DM for Signal. May. 16, 2019 1 min read + Your Authors

Just in: Facebook has been surveying users about which news feed posts they find worthwhile. It has studied the results to identify some common features of "worthwhile" posts, and will now incorporate those in its algorithm.  https://newsroom.fb.com/news/2019/05/more-personalized-experiences/ …

Facebook also announced this morning that it has made a similar tweak to figure out which friends you care to hear from most in your news feed, and prioritize their posts over others. 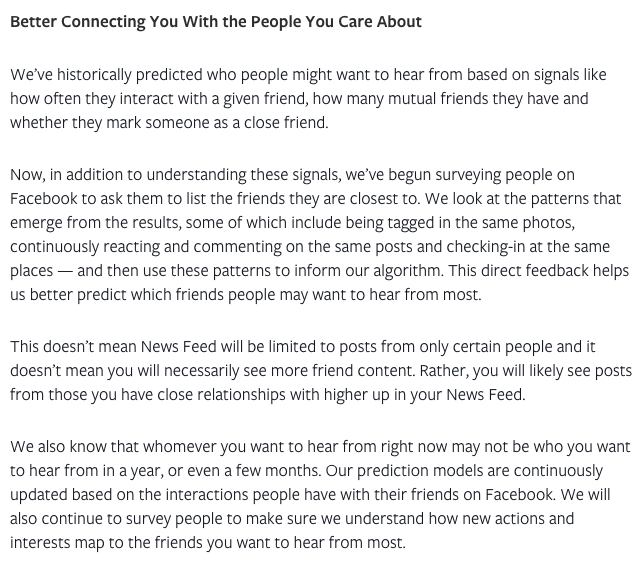 For those who thought Facebook's so-called "pivot to privacy" meant that the news feed was on its way out—it isn't.