Looking forward to @RepMaxineWaters, @AOC, and @katieporteroc taking turns shredding Deutsche Bank executives who decided the private banking division gets veto power over whether Suspicious Activity Reports are filed. A bank would only ever do that to conceal money-laundering.

/2 The standard for when a SAR must be filed is intentionally very low: if there's "reason to suspect" unlawful activity. Banks can't be sued by people for filing them. Banks can't even tell people a SAR was filed about them. Thus...  https://www.ffiec.gov/bsa_aml_infobase/pages_manual/olm_015.htm … 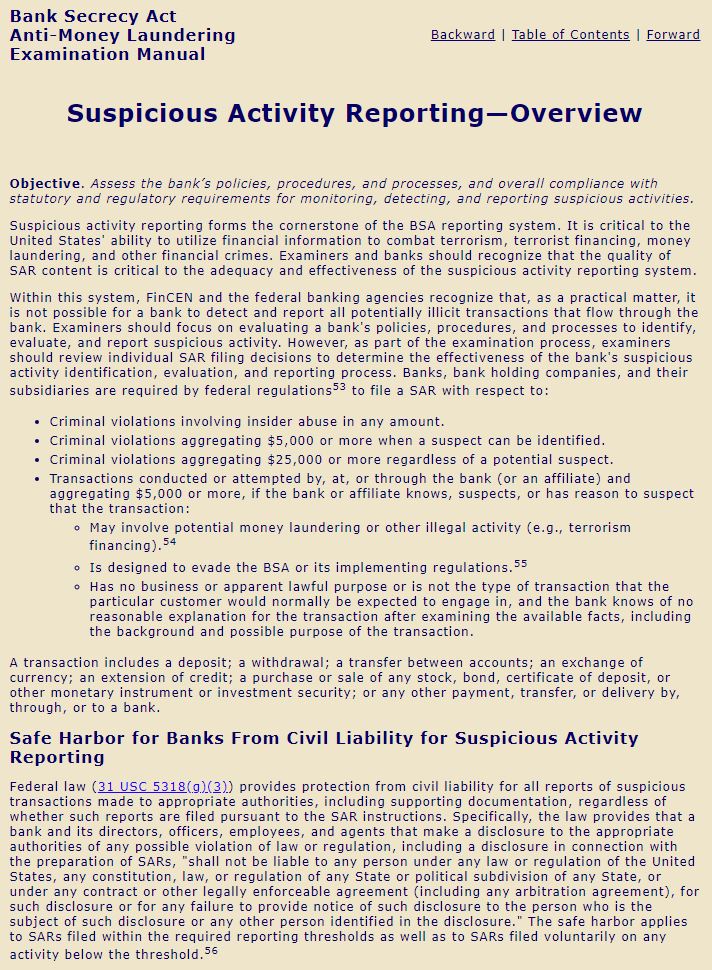 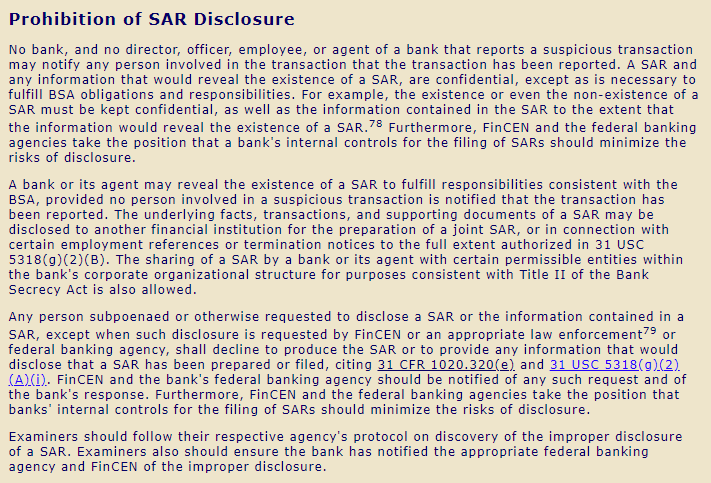 /3 ... banks have every incentive, and no disincentive, to file SARs. That's on purpose.

The only reason a bank would give SAR veto power to the same division involved if is the bank and the division felt the activity was likely illegal and would lead to a full investigation.

/4 Here's an example of how SARs are supposed to work, courtesy of Eliot Spitzer splitting up a wire transfer worth roughly $10,000. It's debatable if the bank was required to report it, but they correctly erred on the side of prudence and reported it given his political status. 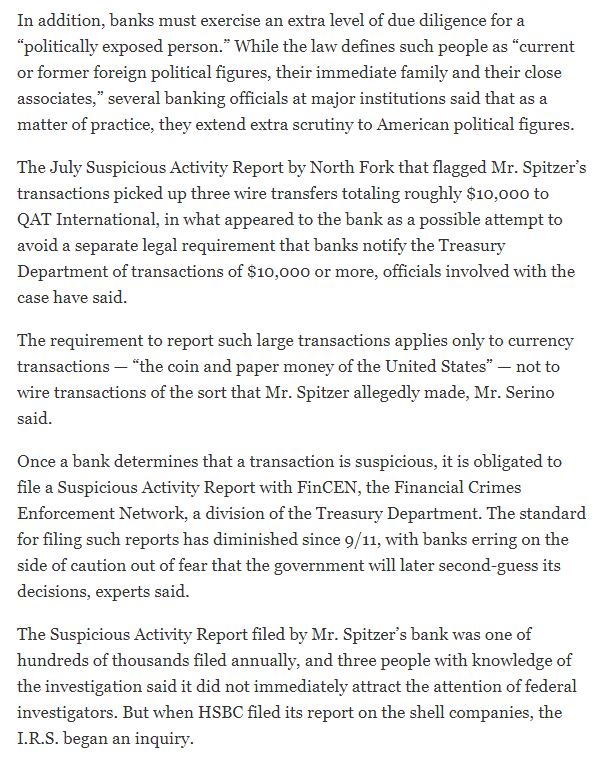