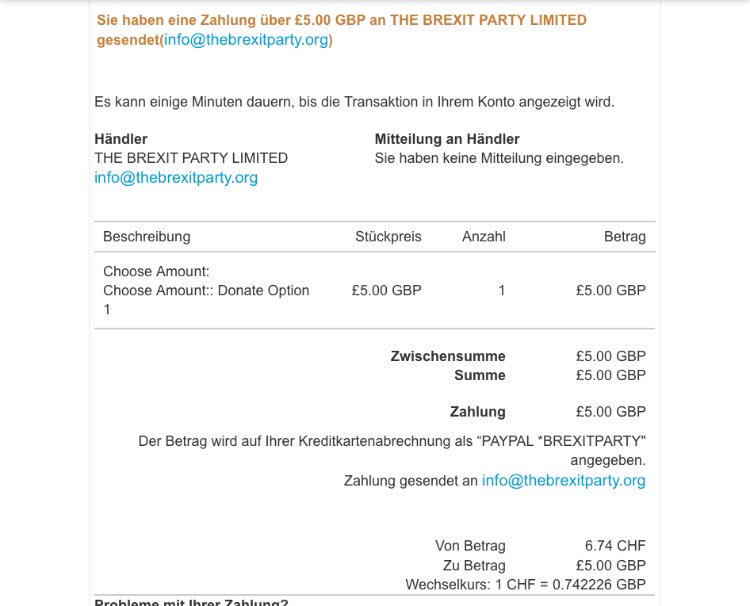 This is nuts. Here’s Brexit Party taking donations in dollars. Which PayPal magically turns into £. Remember: it’s illegal in Britain for parties to accept foreign donations. Brexit Party seem to think they’ve found a loophole because less than £500..but surely still illegal? 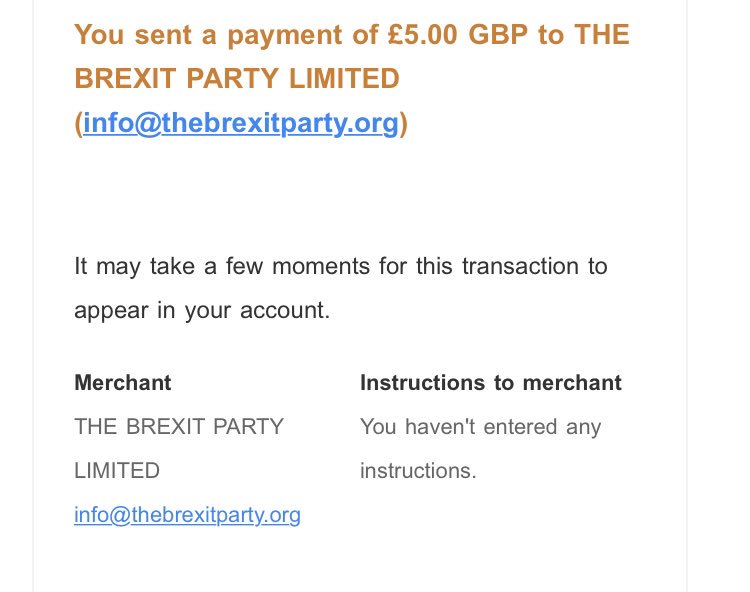 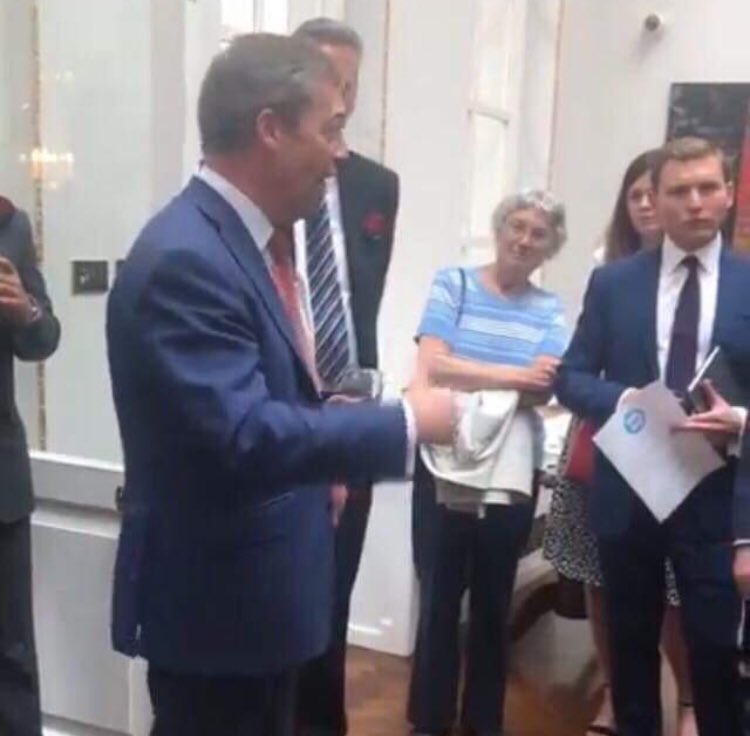 The story of George Cottrell’s involvement with Nigel Farage is completely wild. He was UKIP’s head of fundraising & Farage’s closest aide when busted by feds while with Farage in US & charged with 21 counts inc money laundering, wire fraud & extortion
https://www.thedailybeast.com/meet-posh-george-the-shady-money-man-tangled-up-with-brexit-russia-and-trump …

.@observeruk found Cottrell had been claiming to people he is acting treasurer of Brexit Party. And had been photographed at Brexit Party events. My story didn’t make it in to paper today. But Sun Times *did* publish with what looks like separate sources
https://www.thetimes.co.uk/article/brexit-party-fundraiser-is-posh-george-once-jailed-in-us-after-money-laundering-sting-gzcdcj23l …

You want more extraordinary facts about the Brexit Party’s George Cottrell? Step right up. Here’s where @peterjukes & I reported @andywigmore had sent his legal docs to Russian embassy marked ‘For your eyes only.’ And the message: ‘Have fun with this’
https://www.theguardian.com/uk-news/2018/jun/16/leave-eu-russia-arron-banks-andy-wigmore …

So Electoral Commission apparently told @alexGspence that not illegal if less than £500. Which seems a pretty extraordinary loophole. But because no ID checks at all, it’s also open to abuse: multiple donations etc.