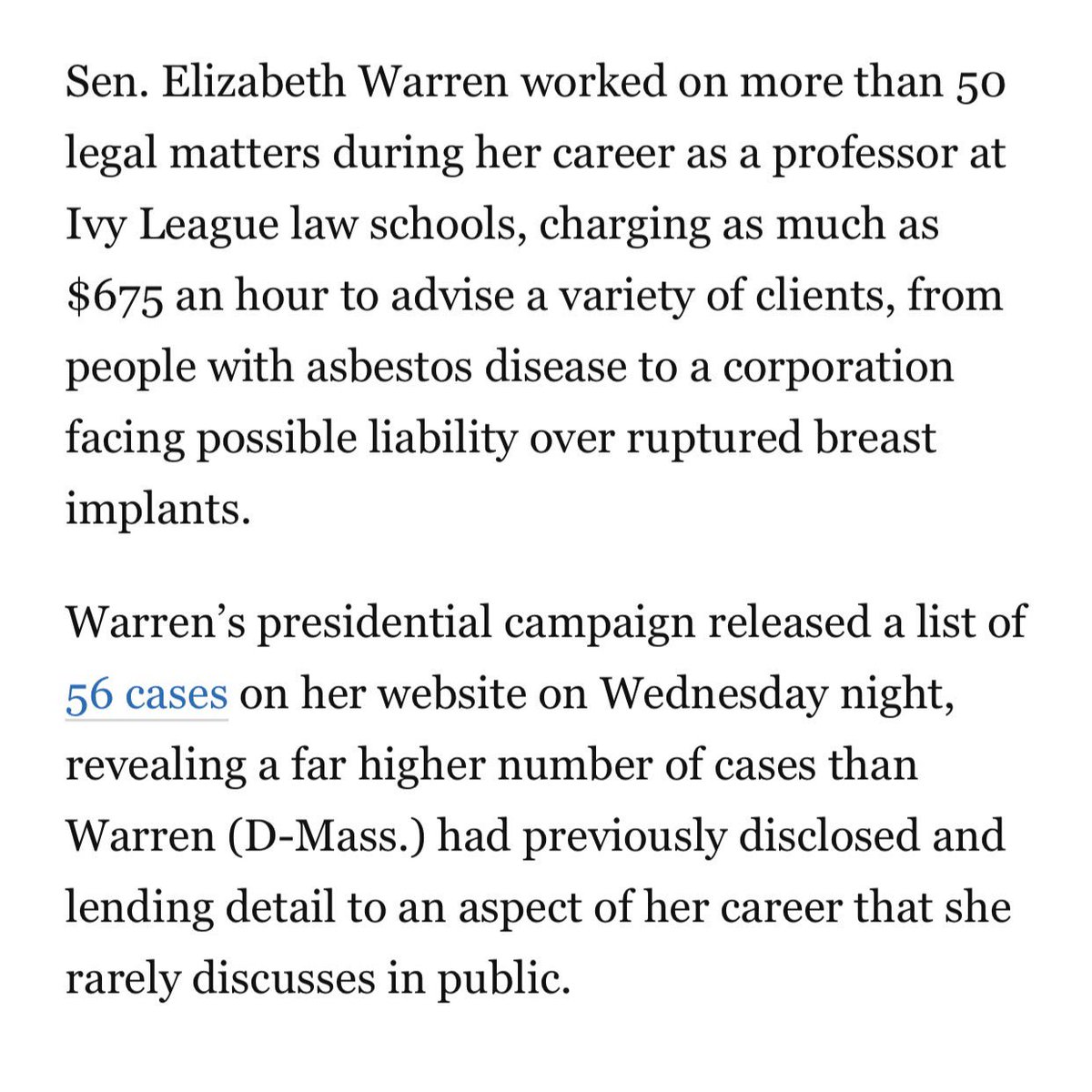 2. The headline should be changed without a doubt and should note that the report is based on disclosures that Warren herself made on her website. Something like “Warren Discloses Additional Legal Work.”

3. One thing I want to mention that happens so often on this website is when disclosures are made/stories are written how quickly people are willing to pile on. For example in past I've tweeted something like this "Mueller Investigation Spent $20 Million In 2018" (see next tweet)

4. And the replies will flood in with stuff like "SO?" "Now do Trump's golf trips."etc. Um do people not want to know what their money is being spent on? It's a unnecessarily defensive response to a normal and important government disclosure.