1. Elephant bulls leave their matriarchal herds when they are teenagers, around 14-years-old. They then (and there are exceptions to this) tend to join bachelor groups, a group of at least 2-3 other bulls often led by a dominant older bull.

2. As I mentioned yesterday, elephants learn so much of what they know from other elephants...they are not driven by instinct as much. It's what makes them so much like humans. Elephant cows learn from their moms, aunts, sisters how to raise elephant babies.

3. 🐘 bulls learn from older males how to do a number of things, including how to determine whether or not an 🐘 cow is in heat. Young bulls tend to follow older bulls around like star struck fans which is why I was so glad DSWT posted this photo which illustrates this behavior. 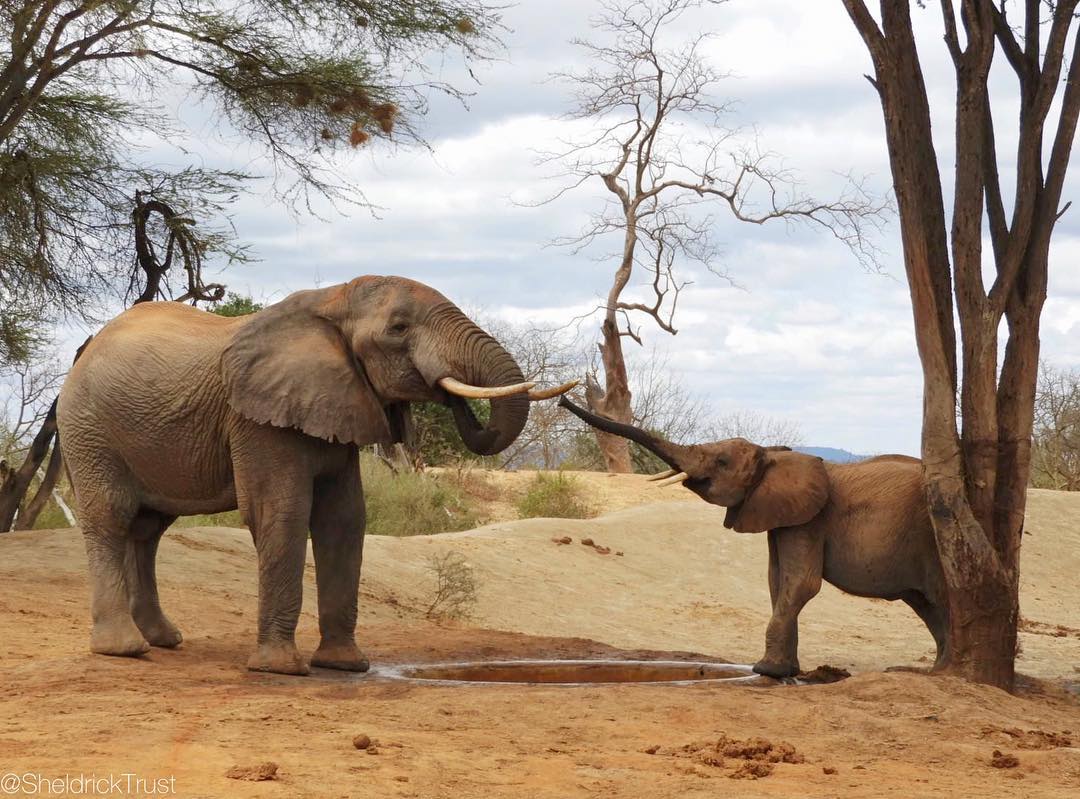 4. But older elephant bulls also teach really naughty behaviors to younger elephants. For example, a big problem in Kenya is older bulls teaching younger bulls how to raid farms and steal crops. This leads to more human-wildlife conflict which results in elephant deaths

5. Here's some video on this naughty behavior from my thread about Tim, the most famous elephant in Africa. Tim teaches younger bulls how to raid farms and steal tomatoes and other delicious snacks.