States passing abortion bans have some of the highest infant mortality rates in the nation.  https://nbcnews.to/2W4uAP1  (1/4) 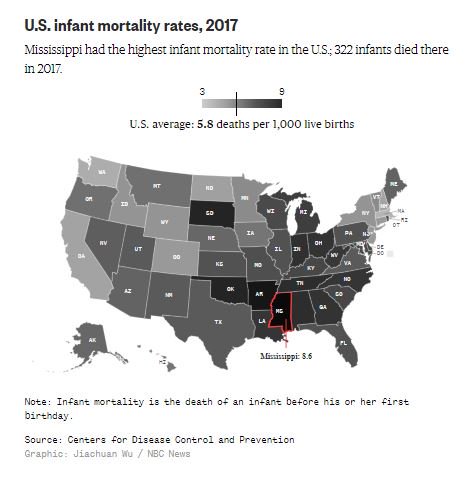 Alabama, Georgia, Mississippi and Missouri did not expand Medicaid under the ACA, creating gaps in health care coverage for women of childbearing age, according to a new study from Georgetown Univ. that examined links between Medicaid expansion and insurance. (3/4)

The connection between high infant mortality and severe restrictions on abortion are correlational. But the leading causes of newborn death are closely connected to a pregnant woman's access to prenatal health care. (4/4) #NBCNewsThreads #NBConPolicy