The world's a grim mess, so come with me and let's engage with some grim prehistory - the Neolithic of Central Europe to be precise! More specifically, let's have a look at what they've discovered about a site in southern Poland… /1 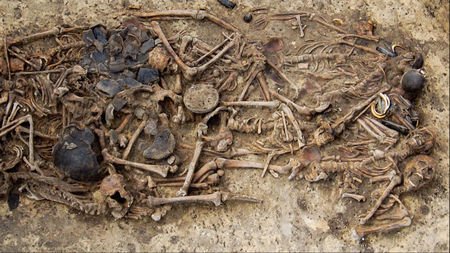 In 2011, near the village of Koszyce, east of Krakow, a mass grave was found including the remains of 15 people, dated to what is called the 'Globular Amphora’ culture, around 5000 years ago - 2280BCE or so. /2 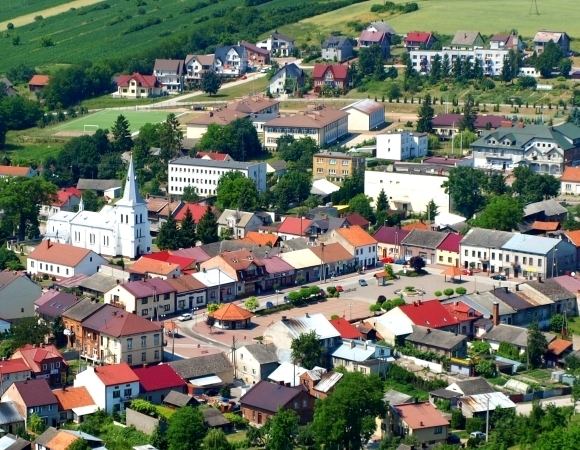 Just as an aside - many Neolithic, or 'Stone Age’ cultures are distinguished by their favoured pottery, hence the name. Here's an example of the kind favoured by the people in the grave. /3 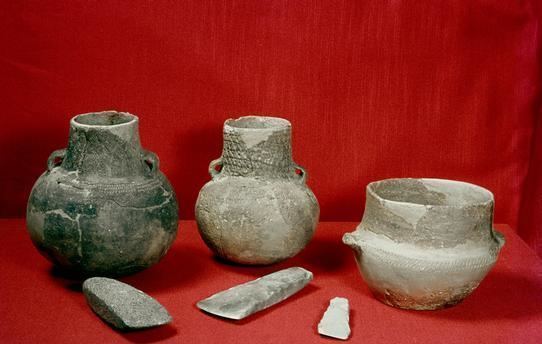 In the eight years that followed, a rather concerted study has taken place, and what has emerged about the site paints a rather tragic story.

First, it seems that each person was killed by a blow to the head. /4

Second, secondly, study of the remains show that the fifteen deceased belonged to the same extended family. All of the males were related, women came from six different familial groups.

The deceased were buried with close family members - mothers with their children, etc. /5 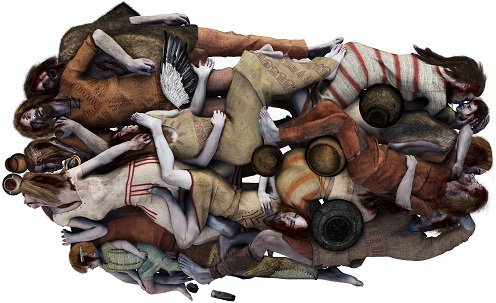 Third, only one of the males appears to have been an adult - the rest are children, or teenagers. This suggests that the other adult males of the group were off doing something else, such as hunting, when their families were killed. /6 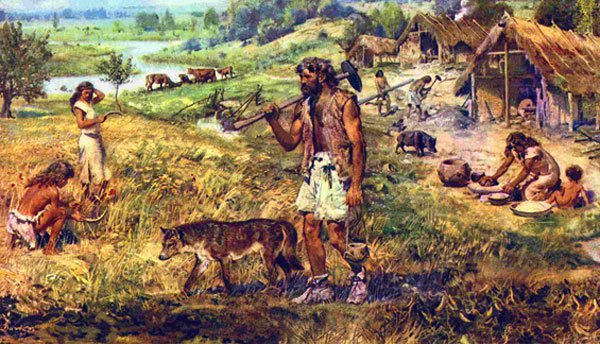 The archaeologists who conducted the study have suggested that what we see is the aftermath of a massacre, carried out while the familial group was relatively defenceless. /7

The archaeologists have also suggested that the massacre could have been the result of changes wrought by another culture, the 'Corded Ware’ culture, that was sweeping from the steppes across what is today Germany and Poland at the time of their deaths. /8 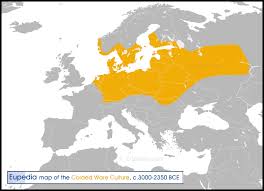 Perhaps there was fighting over territory, or resources. Perhaps this family refused to cede land to others. What we do know is, they appear to have been the victims of an opportunistic attack. /9

What we also know is that it seems the survivors came and buried their dead with a great deal of affection and tenderness, positioning mothers to cuddle their children. Tragedy is tragedy - our stone age ancestors had just as much depth of feeling. /10 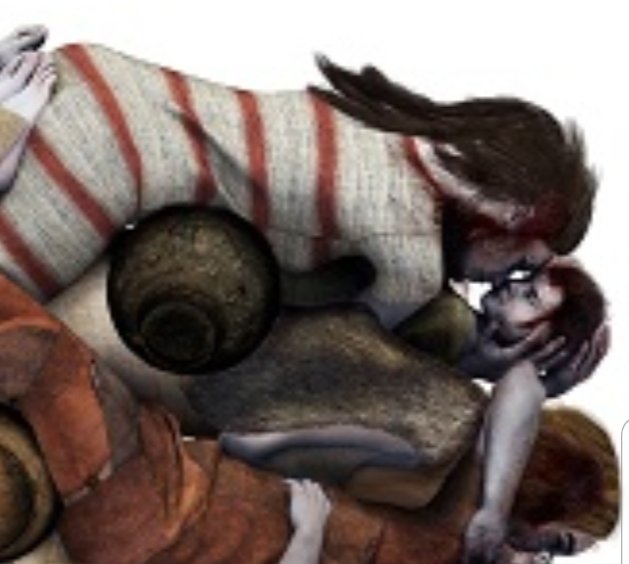 To learn more, the study is online at @Researchgate. /11  https://www.researchgate.net/publication/332879795_Unraveling_ancestry_kinship_and_violence_in_a_Late_Neolithic_mass_grave …

Hope you enjoyed that. Oh, and by the way - it seems like the dead had ancestry stretching back to Anatolia, in Turkey, and had, shall we say, quite the tan just like our very own 'Whitehawk Woman', found near Brighton! One for the white nationalists to consider… /FIN 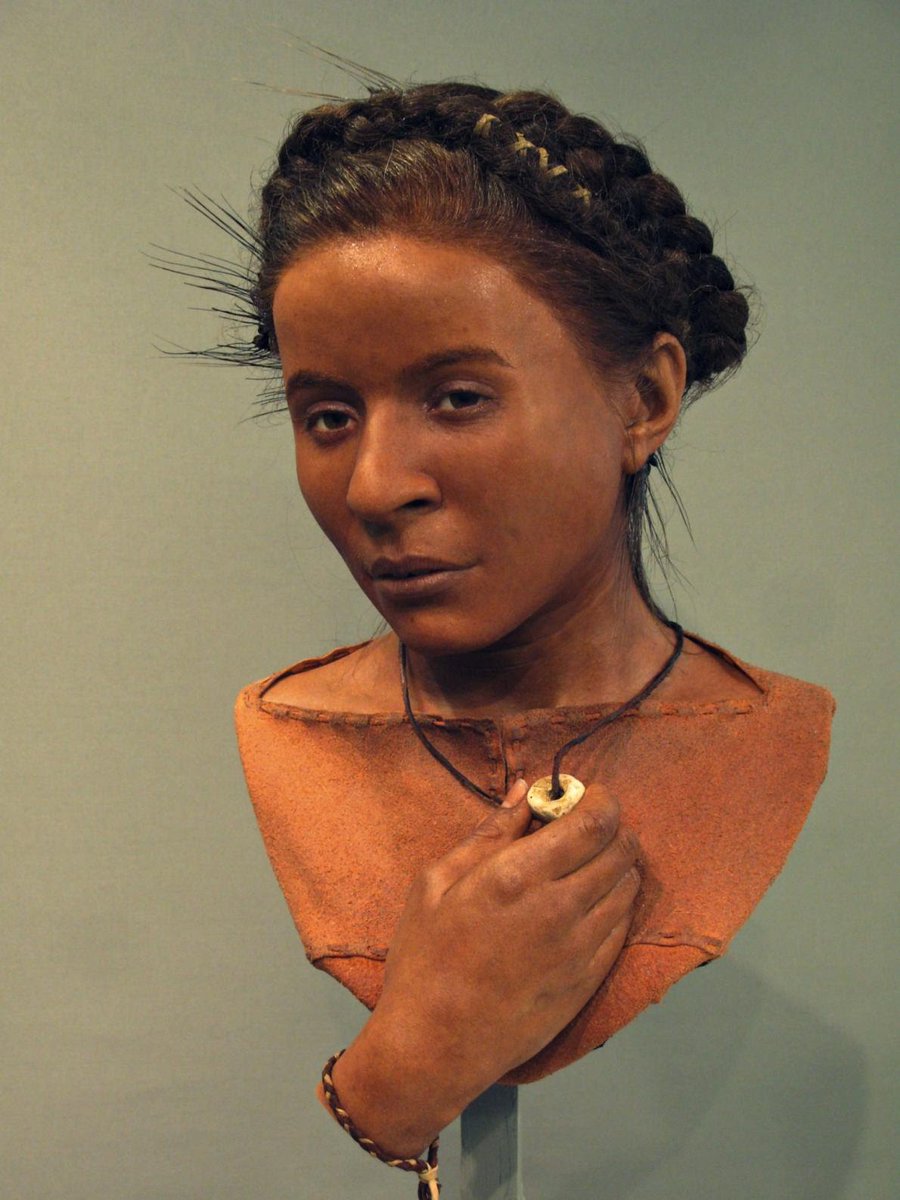