I am thrilled that Dan Hannan has retained his seat, not least because it makes the nastiest man in England, @ThatTimWalker, look like even more of a complete moron. Walker’s arrogance was a HUGE help to us #Brexit supporters in 2016. Won us loads of votes. 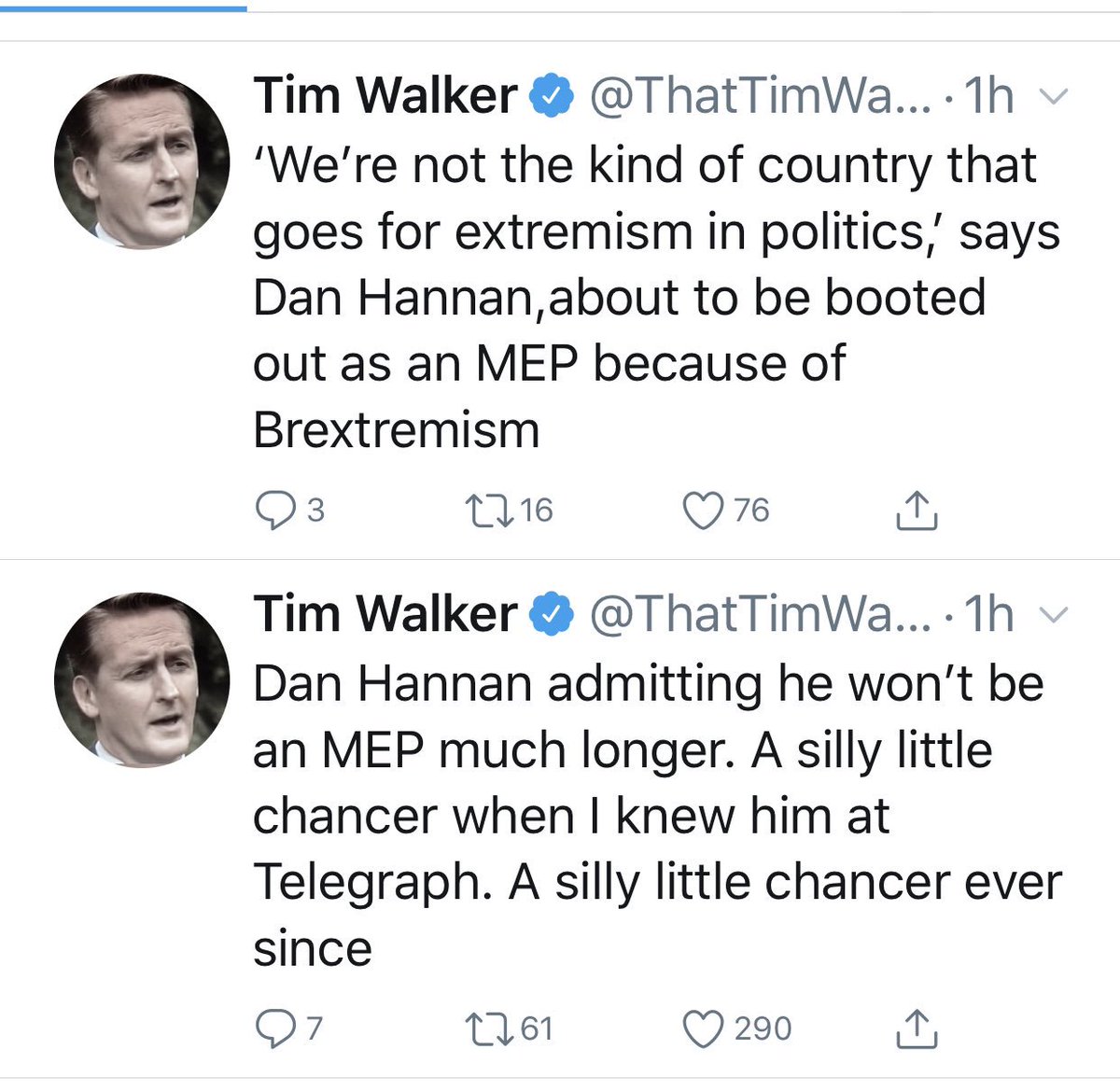 Among @ThatTimWalker’s #Brexit greatest hits were “the metropolitan elite really does know best”. I know it’ll shock you to learn he also excused Putin and Russia over and over again!

Clippety-clop, Tim, off you go, we are all stocked up with horseshoes over here. #EP2019 @GCHQ 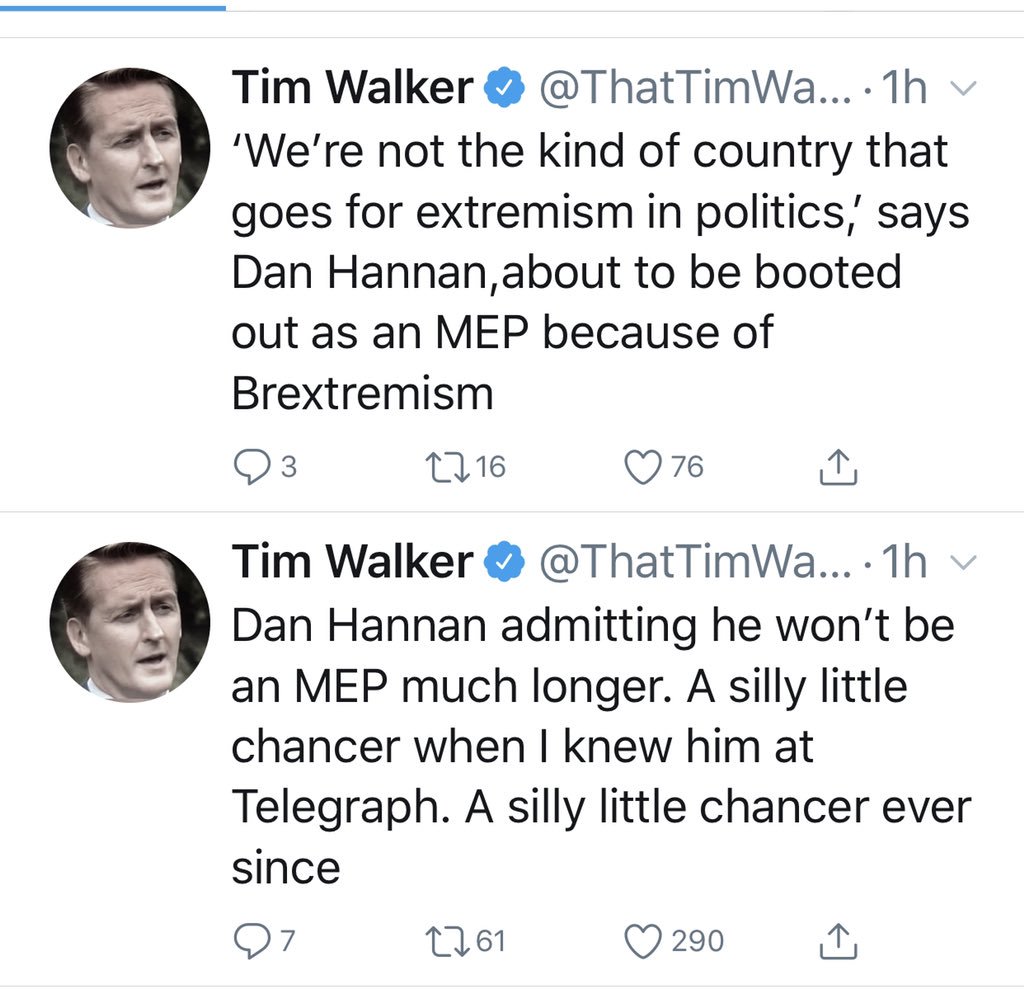 many congratulations. Once more unto the breach.