(FACT) Even after he received his classified August 17, 2016 briefing fully informing him of Russia's crimes against America, Trump directed Paul Manafort to negotiate a "peace deal" (sanctions deal) with Kremlin agents—which Manafort did, and for which he was richly compensated. 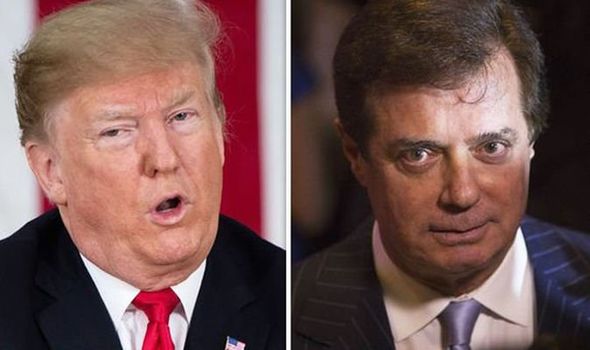 (KEY TERMS) Summerbreeze, Spruce Capital, Steve Calk, Alexander Rovt, the Federal Savings Bank of Chicago, the August 2016 Manafort-Barrack "Greek cruise" and payments to Manafort of $3.5 million, then $16 million—while he was in touch with Trump and negotiating Russia sanctions.

(PS) Now we know why Trump told friends in January 2018 that Manafort could bury him if he "flipped": because after Trump knew what the Kremlin was doing, he induced it to keep doing it by having Manafort negotiate sanctions—pre-election—on the campaign's behalf: aiding/abetting.

(PS2) Because it wasn't a conspiracy offense involving a before-the-fact conspiracy with the IRA or the GRU, it was (in Mueller's view) outside his brief. But it's currently under federal investigation, and it is an impeachable offense. (@AdamSchiff, I hope you read this thread.)

(PS3) A not-so-strange comment: have we considered the possibility that Mueller already indicted the colluders, just not for that crime—yet—because Manafort was supposed to flip on Trump but didn't? All three sanctions negotiators—Manafort, Gates, and Kilimnik—have been indicted.

(PS4) My point isn't some bizarre "Hey—we already won!"—not at all. Actually, my point is that Kilimnik is unreachable—literally hiding in an FSB compound in Russia—Gates had to be given a deal to get Manafort, and then Manafort was going to get the SCO Trump. But it didn't work.

(PS5) You might say, "But then why not bring an indictment for aiding/abetting?" And the answer is, because the Summerbreeze/Spruce issue is one of the ongoing federal probes—we actually *know* this from major-media reporting. I just don't think we realized it's a collusion case.

(CORRECTION) Kilimnik is hiding in a GRU compound, not an FSB compound.