NWS Kansas City: Debris is reported to be falling from the sky near Smithville Lake, Missouri, amid tornado warnings.

Lawrence Police: "Most structural damage appears to have occurred near Lawrence as the tornado passed just outside the city limits ... Large trees, power lines, and debris are along roads on the southeastern edge of the city. Some are impassable."

Severe storms have stretched across the US on Tuesday, including tornadoes in Kansas and Pennsylvania, while catastrophic flooding puts other states at risk.

It's the latest outbreak of extreme weather that's been hitting the US for nearly 2 weeks.  https://www.nbcnews.com/news/us-news/extreme-weather-spans-coast-coast-multiple-tornadoes-severe-storms-plaguing-n1011146 … 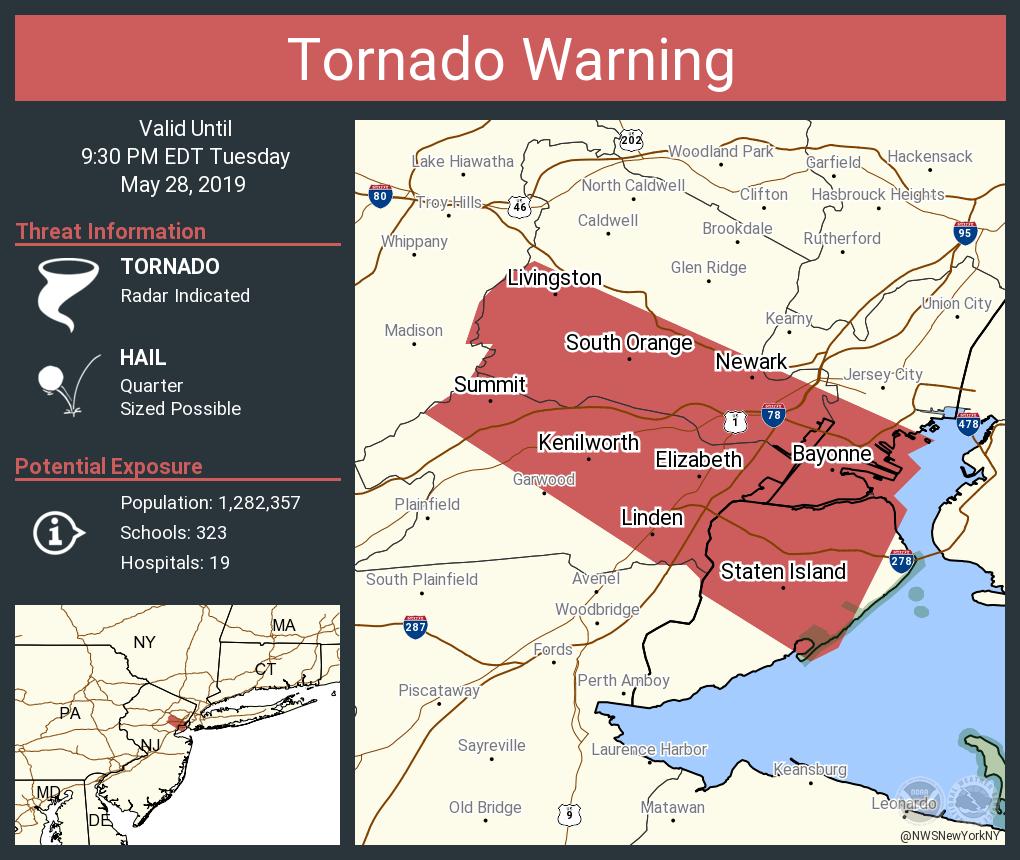 WATCH: Wall of rain around a large tornado that hit the Kansas Metro area tonight.  http://NBCNews.com  (Video by Gerard Jebaily/@41actionnews)

NWS Kansas City: Strong tornado on the ground moving toward Excelsior Estates, Missouri. "This is a dangerous situation!"