He faces up to 20 years in prison. My report on his case.  https://theintercept.com/2019/05/04/no-more-deaths-scott-warren-migrants-border-arizona/ …

On the eve of his trial, Warren published an op-ed highlighting the alarming precedent his conviction, resting on broad interpretations of federal harboring and smuggling statutes, could set for “millions of mixed-status families in the United States.” 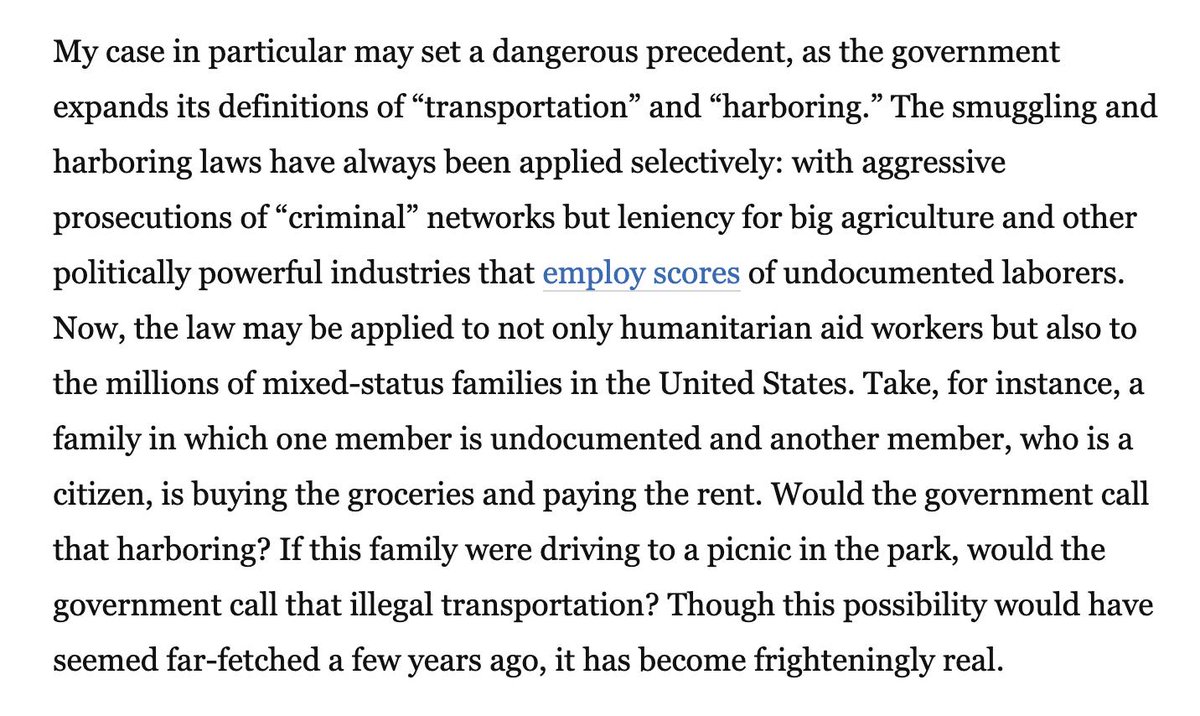 Warren’s trial is expected to run a week and a half. I will be in court throughout, providing updates when possible.

This is the second of two trials Warren has faced related to his humanitarian work around Ajo, Arizona, a remarkably remote stretch of the Sonoran desert where hundreds of migrants — at minimum — are known to have died.

In the first case, Warren was accused of littering for leaving water and other aid supplies in the desert.

While a decision is yet to come, the impact and implications of the prosecution were evident in a visit I made to Ajo earlier this month.  https://theintercept.com/2019/05/14/no-more-deaths-trial-migrant-bodies-border/ …

For a full accounting of Warren’s case, read our May 4 investigation.

It's based on a year of reporting, Warren’s only extended interviews with the press, hundreds of pages of internal government documents, and includes a beautiful doc by @_LSaunders_

As we hit the halfway point in week two of humanitarian aid volunteer Scott Warren's felony trial, prosecutors here in Tucson have attempted to paint a web of conspiracy using dubious cellphone evidence.

Here's what you need to know.  https://theintercept.com/2019/06/04/scott-warren-no-more-deaths-trial-conspiracy-phone/ …

Yesterday, I reported on how Irineo Mujica, head of @PuebloSF, was this week named as an un-indicted co-conspirator in Scott Warren's felony case. Today, his organization reports that he has been arrested in Mexico.

Prosecutors have finished the first portion of their closing arguments in Scott Warren's felony trial, arguing that the defendant is guilty as charged.

The courtroom is packed and the defense is preparing to present their case to the jury for the last time.

Warren's attorneys have made their case, the government has delivered its rebuttal. The jurors have their instructions and now we wait.

After two days and more than 11 hours of deliberation, jurors in Scott Warren’s case today said that they could not come to a unanimous decision.

To avoid a hung jury, the judge just issued an Allen charge, essentially telling them to try again. More to come tomorrow.

BREAKING: The jurors in Scott Warren's trial have sent the judge another note indicating the same thing they said yesterday, that they're stuck.

Hung jury. The jurors told the court that they all agreed that further deliberation would not result in a unanimous decision in the case. Status conference set for July. Warren’s attorney will be providing more details shortly.

Scott Warren just spoke briefly to his friends and supporters. He highlighted the 88 sets of human remains found in the desert since his arrest, and spoke of the migrants he was arrested with and how they, sadly, have not received the same attention and support that he has. 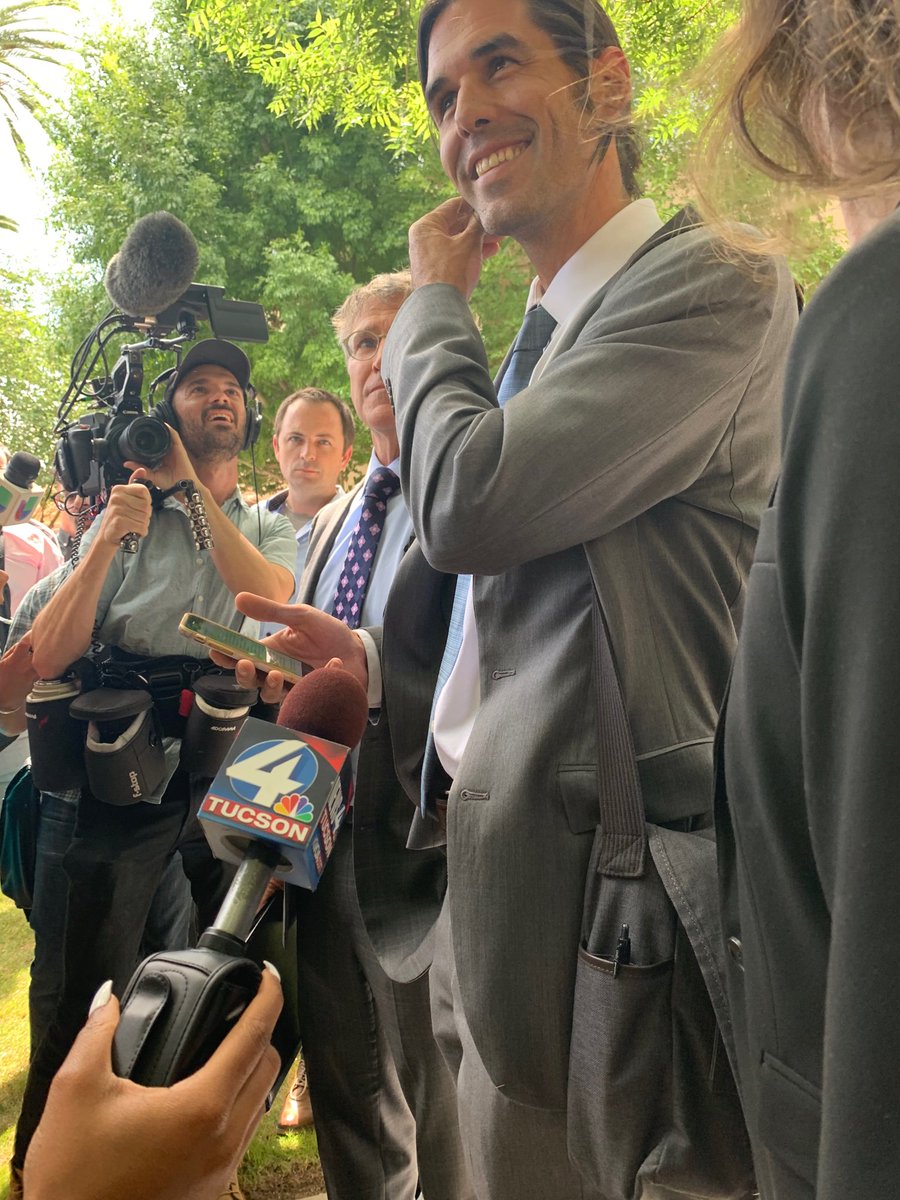 A status conference is scheduled for July 2, so the story is not over.

Many people have asked me if they can donate to Warren's legal defense. He's covered on that front and has suggested that folks consider the Armadillos Búsqueda y Rescate team if they feel like giving.  https://uk.gofundme.com/armadillos-busqueda-y-rescate1 …