Mueller: We are formally closing the special counsel’s office and I am resigning to return to private life

2. Mueller noting he didn’t make a determination on obstruction. Also saying DOJ policy says he couldn’t charge a POTUS with a crime nor could he file an indictment under seal. But investigating POTUS while in office was important to preserve evidence while memories are fresh

3. Mueller added that if the president DID NOT commit a crime, he would have said so

4. Stating the obvious, this is what the president is going to obsess over. 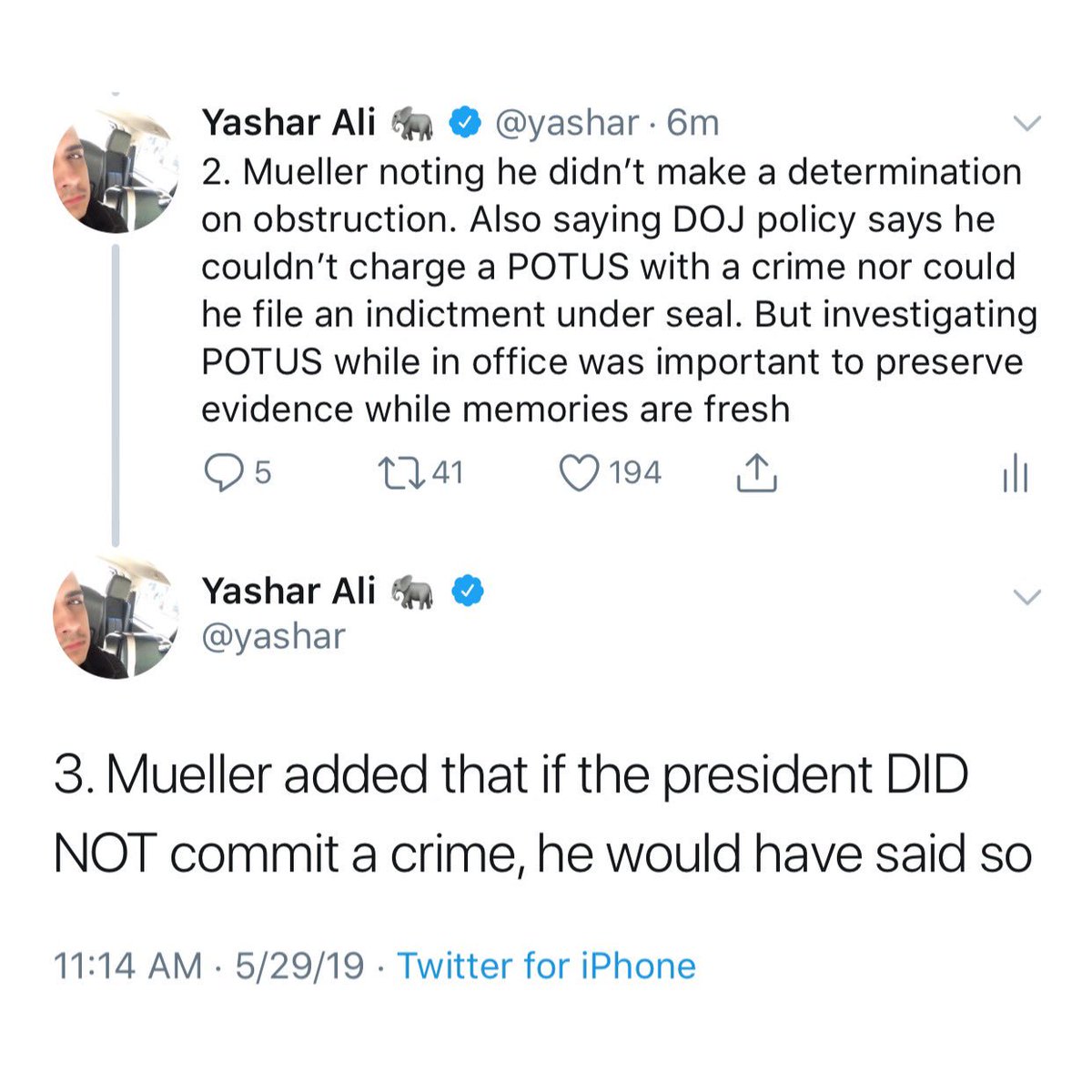 5. Senator Warren says that Mueller's statement was "an impeachment referral."

6. The part of Mueller's statement that many people are talking about... 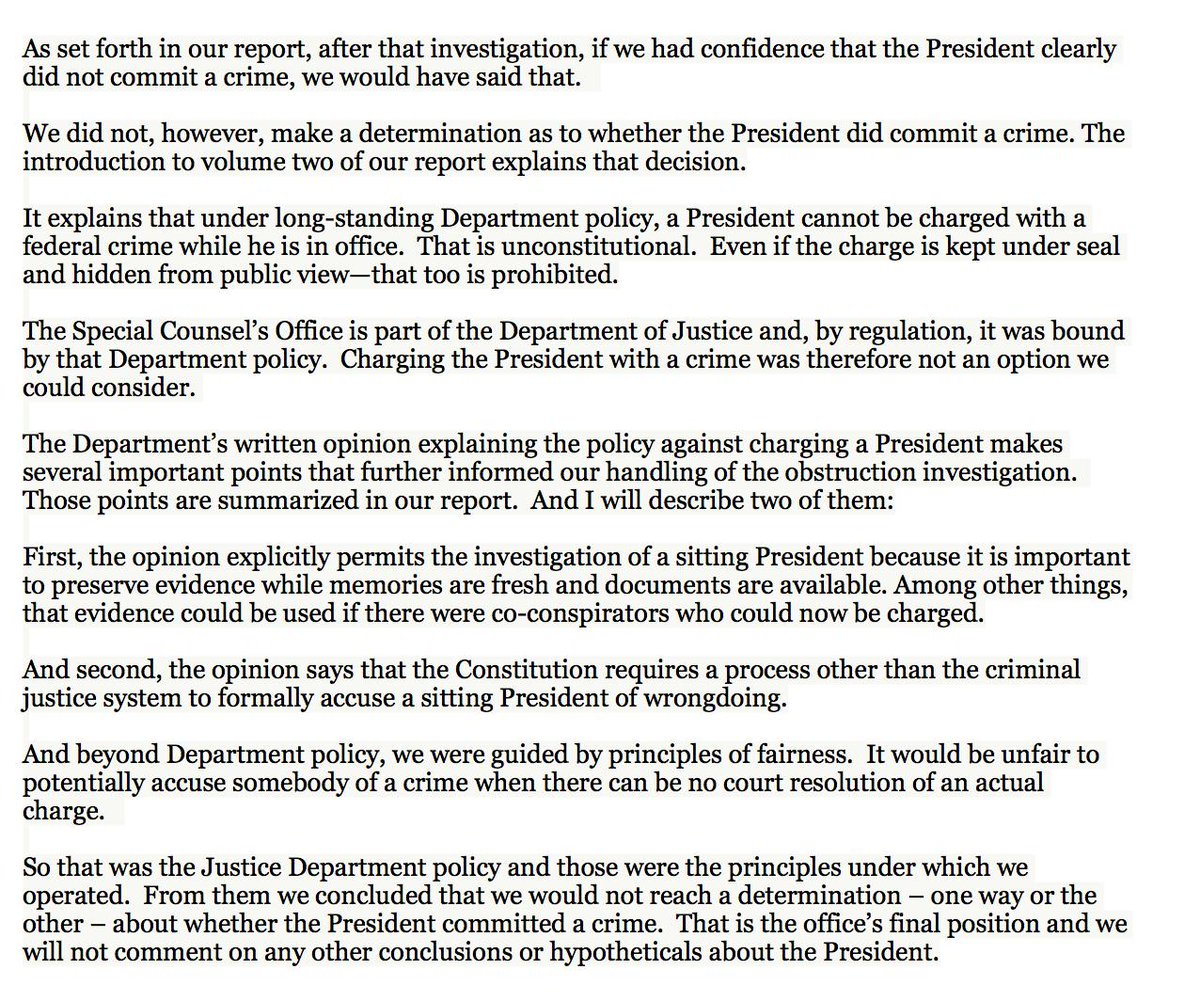