It's that simple. Because of DOJ policy, the Mueller couldn't indict Trump nor conclude Trump committed a crime. The most Mueller could do is what he did: explain how the evidence satisfies the elements of the crime. If that's not enough for an impeachment inquiry, what is? /1

As @qjurecic demonstrated, the Mueller Report explicitly describes instances where Trump's conduct met all the elements for obstruction of justice. That is, again, the most Mueller could've done, since he can't indict nor conclude a crime was committed. /2  https://www.lawfareblog.com/obstruction-justice-mueller-report-heat-map … 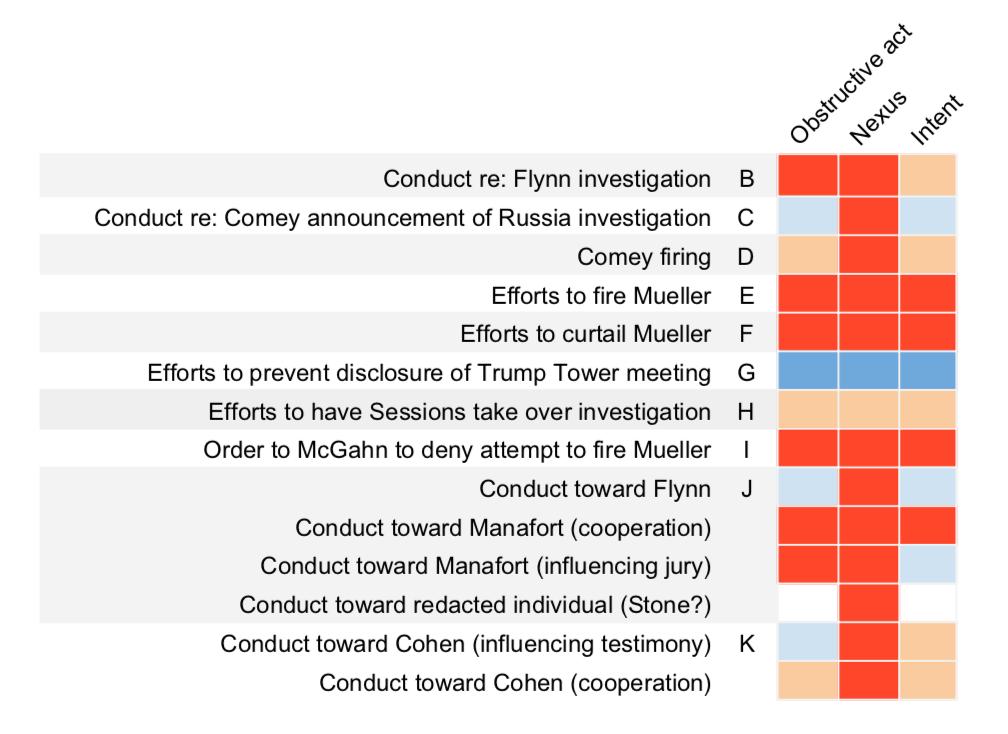 Many of the Framers were blunt about the necessity of impeachment. No one is "above Justice." Bad Presidents "ought to be kept in fear of [impeachment]." Madison's list of appropriate bases for impeachment included "negligence or perfidy" and "loss of capacity or corruption." /3

One proposal was impeaching for "treason and bribery," but that was too narrow. Adding "maladministration" was proposed but rejected as too broad, and was replaced by "high crimes & misdemeanors." This language is intentionally broad to include criminal and non-criminal acts. /4 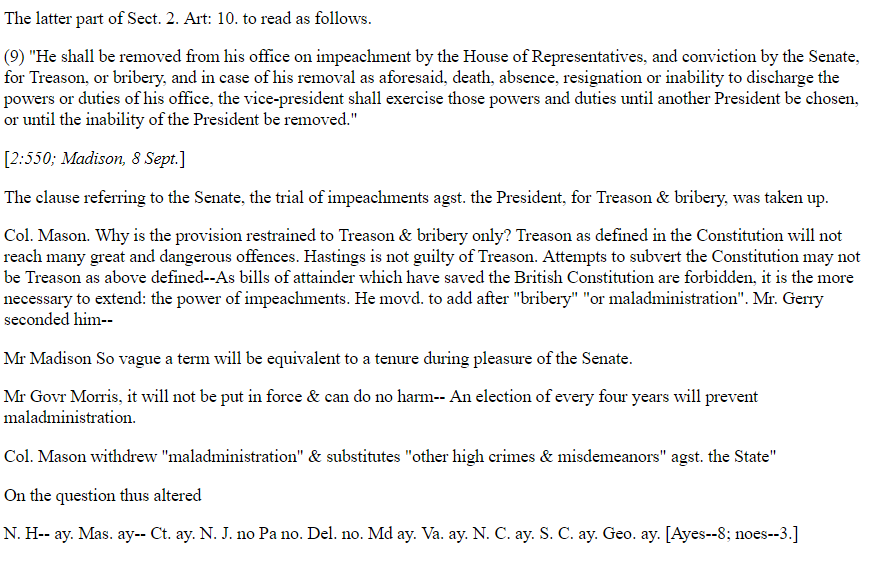 Among the Framers, a crime would certainly suffice for impeachment, but it wasn't necessary. The "jurisdiction" was "misconduct of public men, or, in other words, from the abuse or violation of some public trust," as Hamilton wrote in Federalist 65. /5

The House isn't limited to crimes for an impeachment inquiry--abuse of public trust is enough. For present purposes, if, as Mueller found, a President's conduct met the elements of a crime, that's more than sufficient under any reasonable interpretation of the Constitution. /end

His 'and-vs-or' argument also doesn't make sense. "The President ... shall be removed from office on impeachment for, and conviction of, treason, bribery, or other high crimes and misdemeanors." As described in the thread above, that's meant to be broad.