Eric Garland+ Your Authors @ericgarland Intelligence analyst and advisor to CEOs and governments. I break down global events into clear narratives and appropriate profanity. May. 29, 2019 1 min read + Your Authors

It never went to court. That's not exoneration, and if you sincerely don't know that, you shouldn't be a state's Attorney General.

PS. When a French major can point out your lack of understanding of judicial procedures and norms, you should maybe quit.

Mr. Landry, just wait until the underwater basketweaving majors start quoting Supreme Court precedents at you. It's gonna get rough!

Mr. Landry, can I tell you about this thing I Googled?

OK. Sit down. Get a RedBull, whatever. To GO TO COURT, first a CHARGE IS FILED by a prosecutor.

Then all these neat procedurey things happen.

It, like, gets assigned to a judge who like reads the complaint and decides if it's the right jurisdiction and

Dude, I forget, I studied French Canadian profanity, so "voir dire" means something else to me

ANYWHO, unless you are charged, tried, and the jury finds the prosecutor's case doesn't meet the levels that the judge may have instructed them regarding certain statutes, and they vote not to convict, THEN the guy is exonerated.

Mueller said this guy was dirty as hell, but we don't charge sitting presidents.

Not that he wouldn't indict the living crap out of him given his druthers.

The underwater basket weavers can fill you in on the rest of Federal judicial procedures based on their updated knowledge of OLC decisions at DOJ.

Like, since a court has never ruled on this, it's not necessarily the strongest guidance.

Maybe just Bill Barr refused to indict to save his own ass. Thoughts, Mr. Landry? 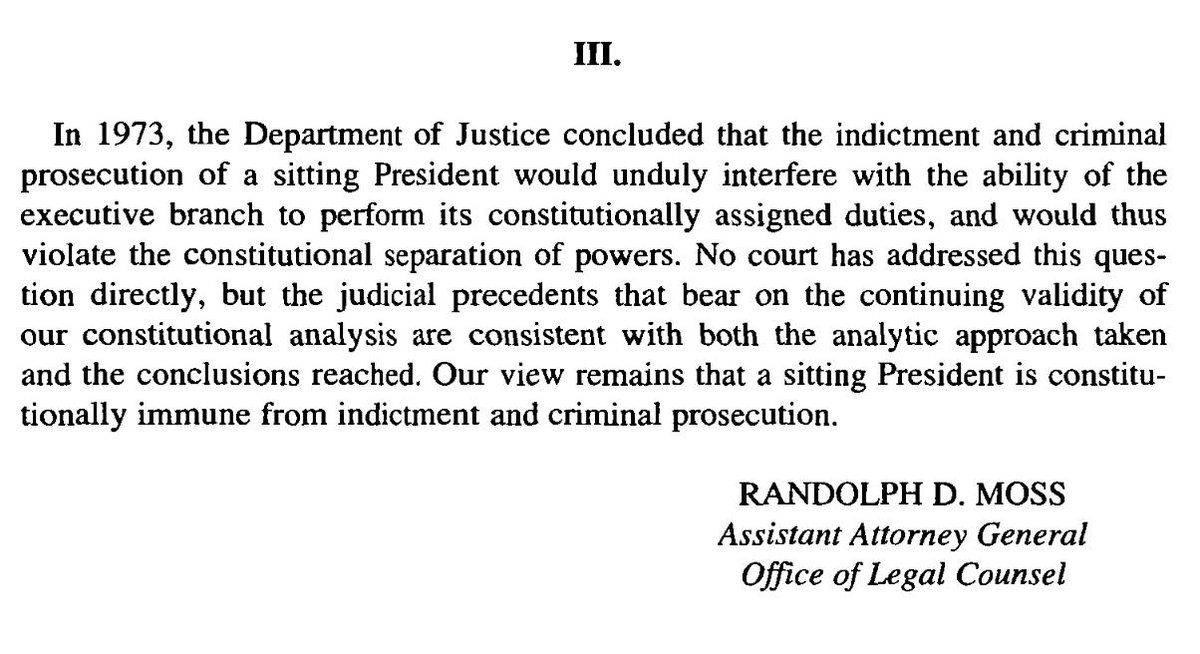