Virginia has no law restricting large capacity ammunition magazines and silencers are legal.

According to a researcher at Boston University, “Whether a state has a large capacity ammunition magazine ban is the single best predictor of the mass shooting rates in that state.”

An @Everytown analysis of mass shootings from 2009 to 2017 showed that of the incidents with known magazine capacity data, 58% involved firearms with high-capacity magazines. These shootings resulted in twice as many fatalities and 14 times as many injuries per incident. 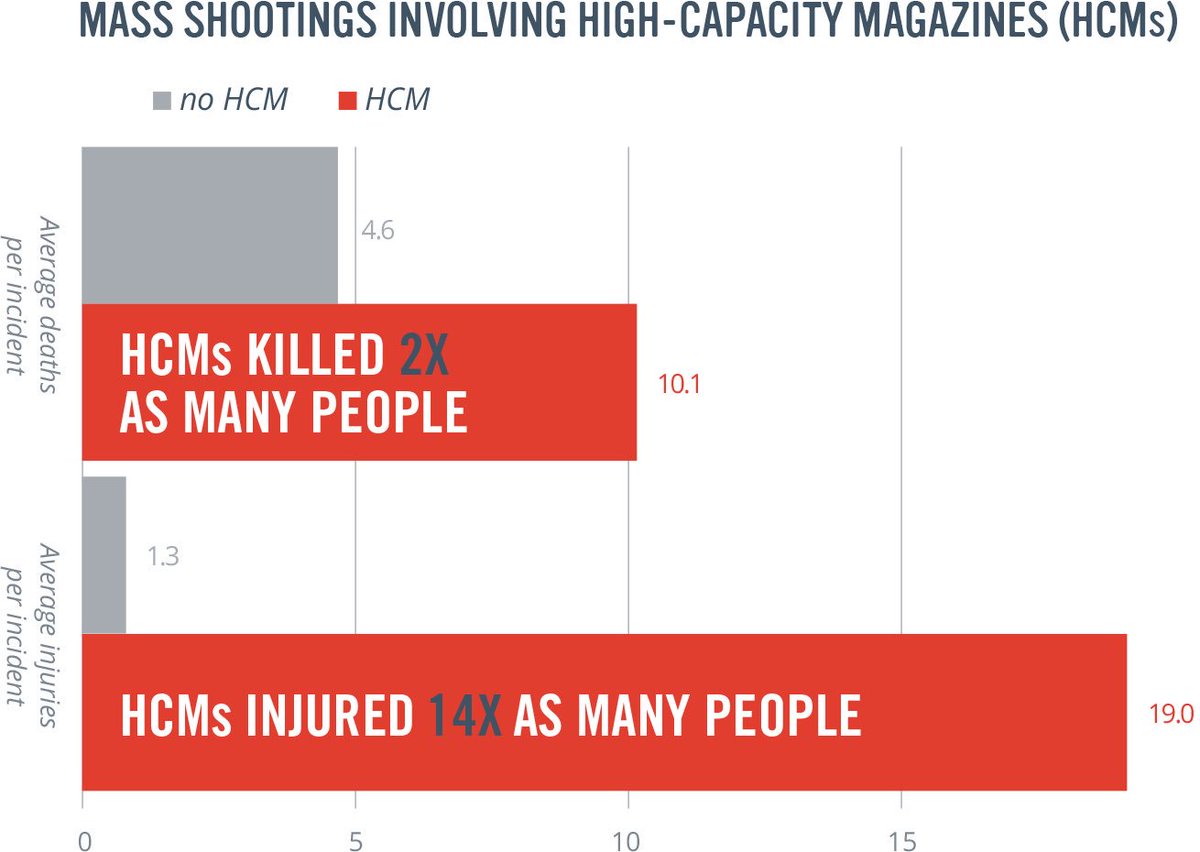 Eight states and DC ban silencers, which make it difficult to identify the sound of gunshots and locate an active shooter. Virginia allows the sale of silencers. The @NRA has worked (unsuccessfully) to deregulate silencers, which would generate accessories cash for manufacturers.