(Thread) Victimhood and the Trump-FOX-GOP

@HeerJeet is amazed that even when these guys “win” they feel like victims.

It’s definitely counterintuitive that members of the Fox-Trump-GOP view themselves as victims—but they do.

Thus when “inferior” groups seek equality, the dominant group thinks the inferior group want to displace them at the top. 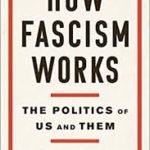 2/ What’s actually happening, of course, is that the oppressed groups want equality.

But if people hold a hierarchal view of nature, the demand for equality feels threatening, because they think the people demanding equality are actually trying to achieve power over them.

3/ They feel that they're losing something.

This feeling of loss has been variously explained by numerous scholars and theorists. See, for example, my thread on the ideas of Harvard Prof. Levitsky from yesterday:

4/ People who think nature forms a hierarchy don’t believe true equality among different groups (and types) is possible, which is why some white men feel like a true liberal democracy means their own ruin.

(For most of U.S. history, rights and privileges were for white men only)

5/ Jeet Heer was talking about Catholicism. Hierarchy is the natural part of many religions. (Right?)

They’re taking us back to the 19th century, when the idea of paternalism was deeply entrenched in much of American culture.

6/ Paternalism held that there was a natural hierarchy with white men at the top and black women at the bottom. Under this doctrine, blacks, women, Native Americans, etc., were better off under the care and “protection” of white men.

7/ Women and minority communities were denied equality partly on the grounds that they needed protection.

This is how 19th century VP John Calhoun could argue that slavery was a “positive good."
https://www.stolaf.edu/people/fitz/COURSES/calhoun.html …

8/ For women, paternalism was a time when rape was a property crime and sexual assault was not recognized as a crime.