Amid escalating violence in #Sudan, at least three NIMR Ajban 440A 4x4 light protected vehicles have been spotted on the streets. These vehicles are made in the United Arab Emirates. Activists claim that they're operated by the Rapid Support Forces (RSF). 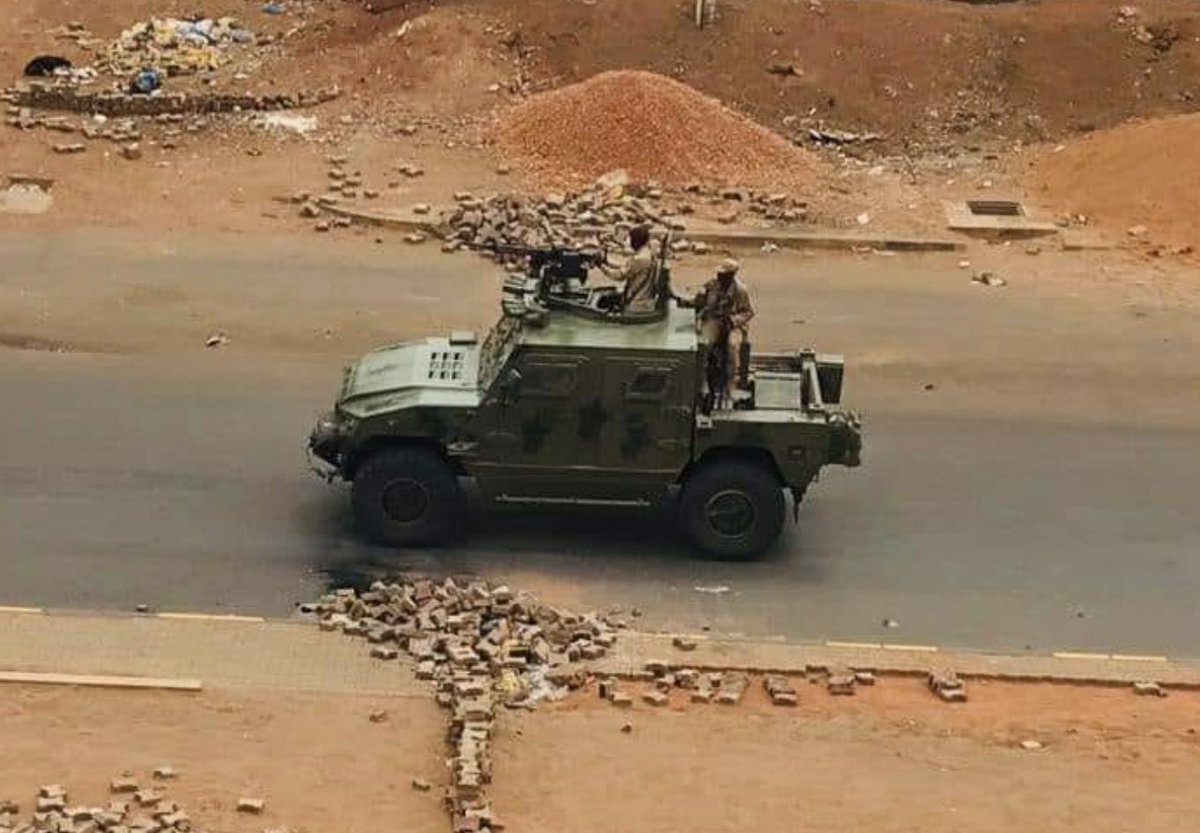 Here's one of multiple videos showing three NIMR Ajban 440As driving in #Sudan. Some activists initially thought these were U.S.-made Humvees, but while they do look a similar, they're Emirati-made light protected vehicles. H/t @elhadi_mohamd @john_marquee @AbraxasSpa.

Same street. An Emirati-made NIMR Ajban 440A driving behind an apparent Sudanese-made SarSar-2 in #Sudan. Good catch by @AbraxasSpa and @john_marquee.

The Sudanese RSF have been deeply entangled in the Yemen Civil War. Before, they were seen alongside Emirati-made military vehicles overseas in Yemen. Now they appear to be driving them back home.

Worth nothing that Sudanese General Abdel Fattah al-Burhan, who heads the Sudanese military council, met with MBZ in the United Arab Emirates late last month. (Via @DerekBisaccio)  https://www.aljazeera.com/news/2019/05/sudan-military-council-chief-ends-uae-visit-meddling-warning-190527072135511.html …

Another photo of an Emirati-made NIMR Ajban 440A (left) and Sudanese-made SarSar-2 (right). #Sudan Via @mahmouedgamal44/@AbraxasSpa. 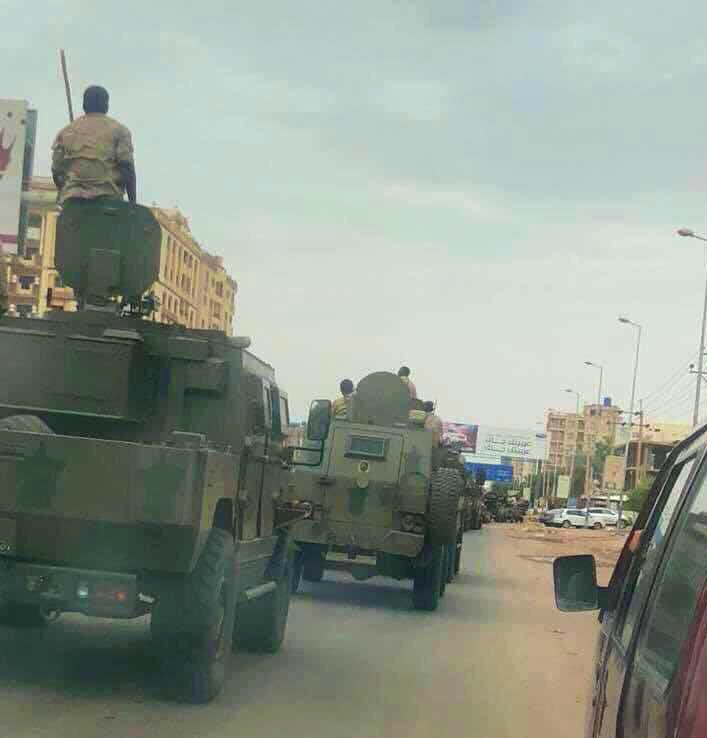 Also h/t to @EzzatKhairi for pinging me. 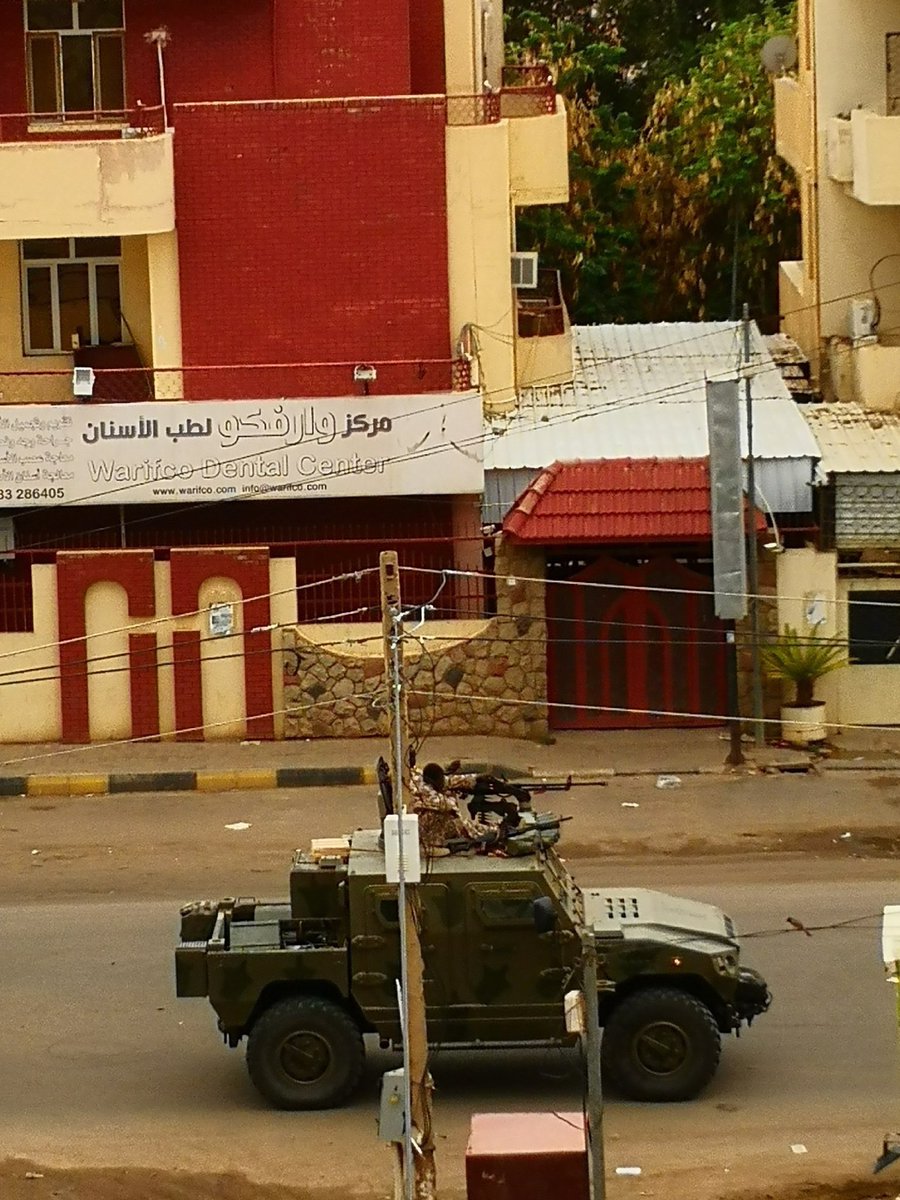 Visuals of the Emirati-made NIMR Ajban 440As on the street of Khartoum, #Sudan, keep on coming in. This video shows at least three, together with a technical. H/t @MoeAnter.

Former U.S. Congressman @Jim_Moran gave a 10-minute speech at a pro-TMC rally in East Nile, near Khartoum. Says he was privileged to spent several hours together with Hemeti, the man who many regard is the de facto leader in post-Bashir #Sudan. (HT @3ozaz)  https://youtu.be/-ce6ZjK-xRM?t=2862 …