Today’s Yearling of the Day was once an unassuming little pup. 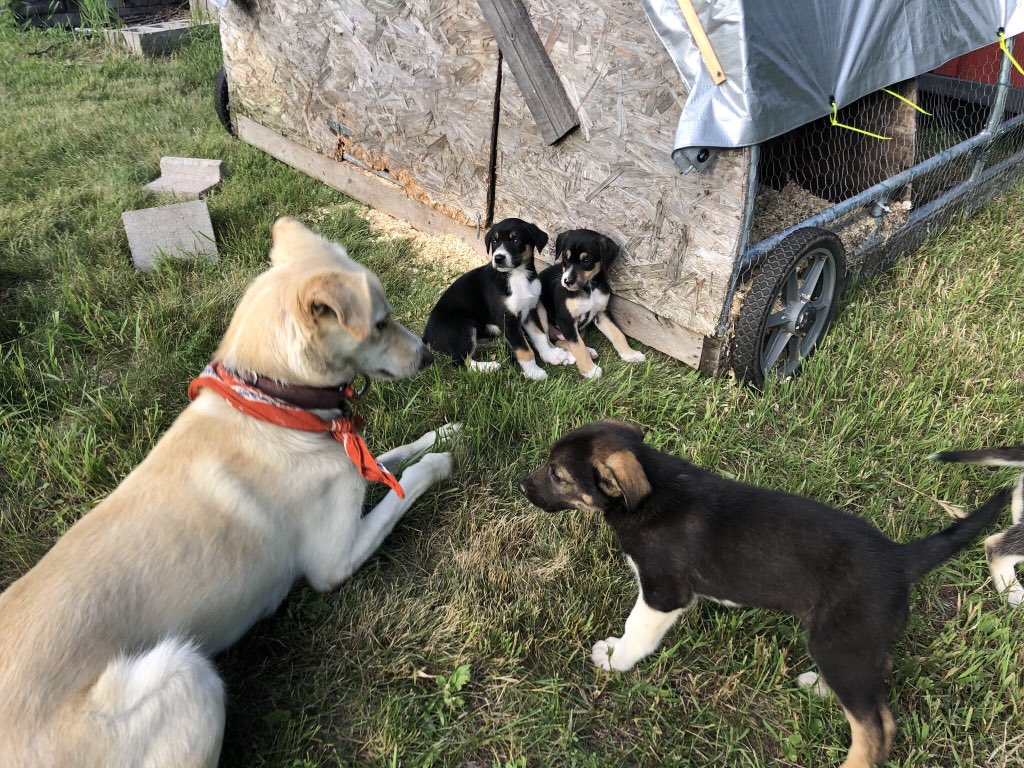 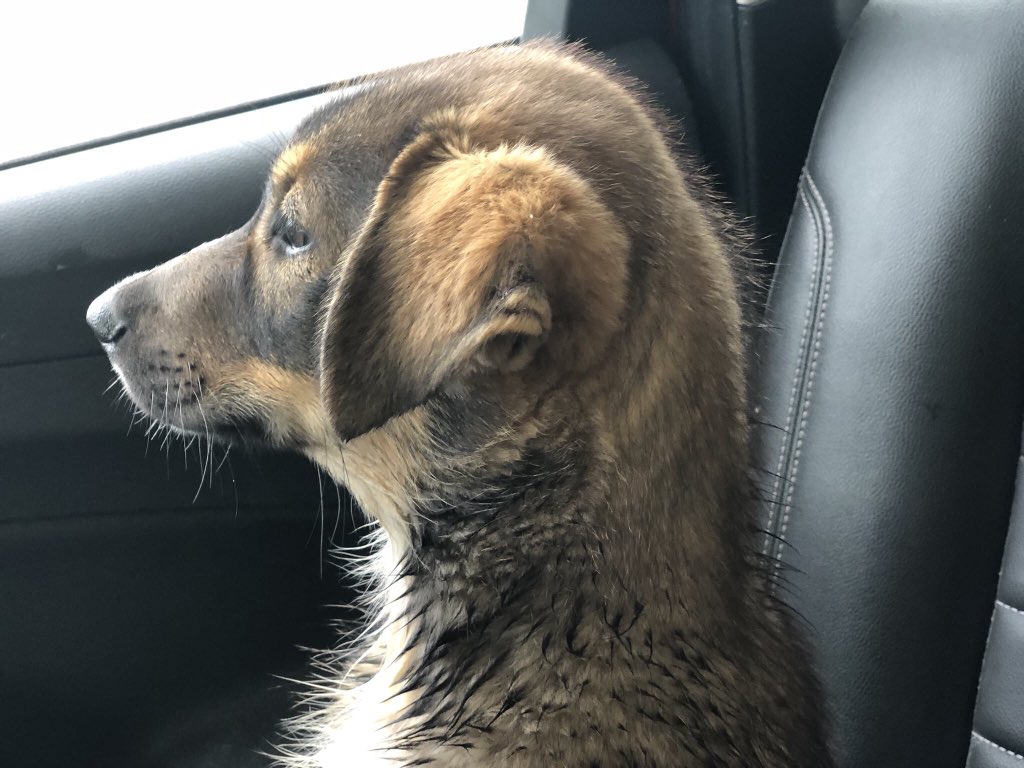 He was sweet with people, but not obsessed with them. 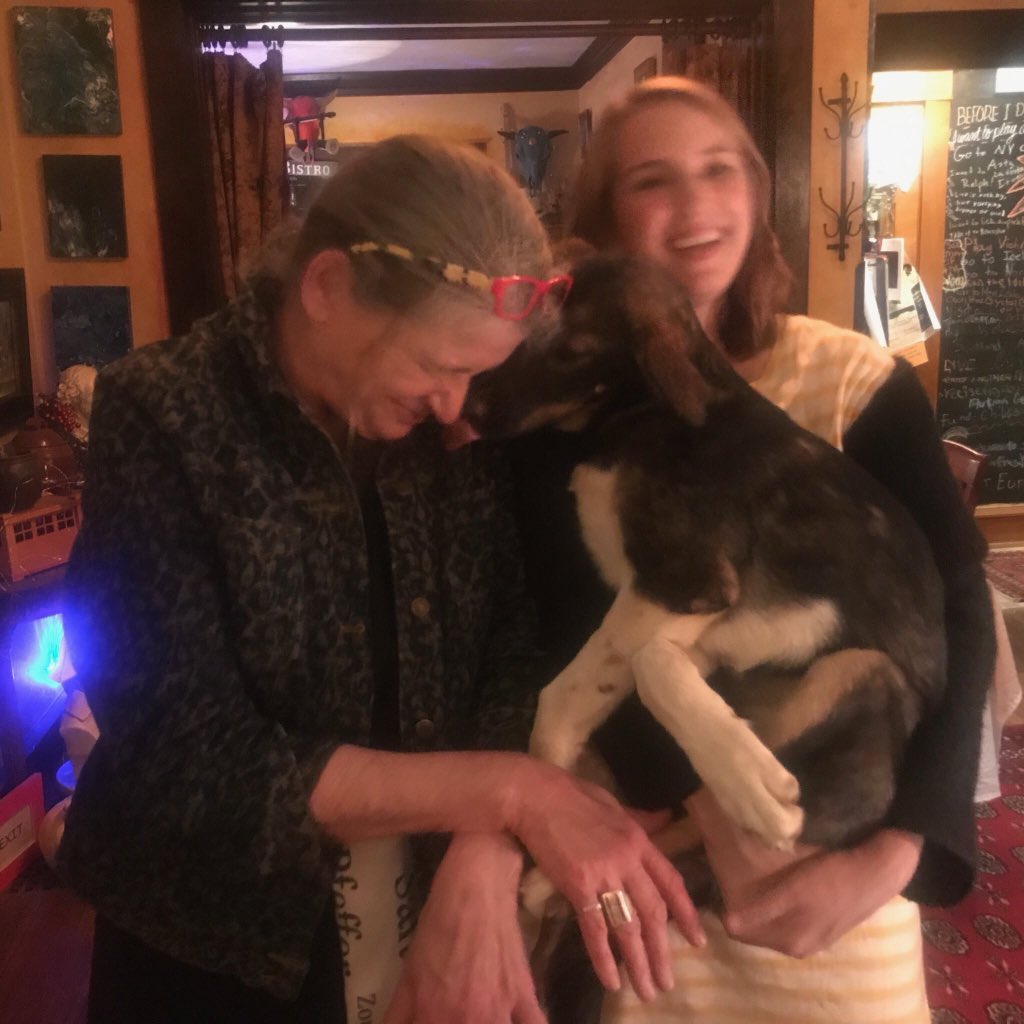 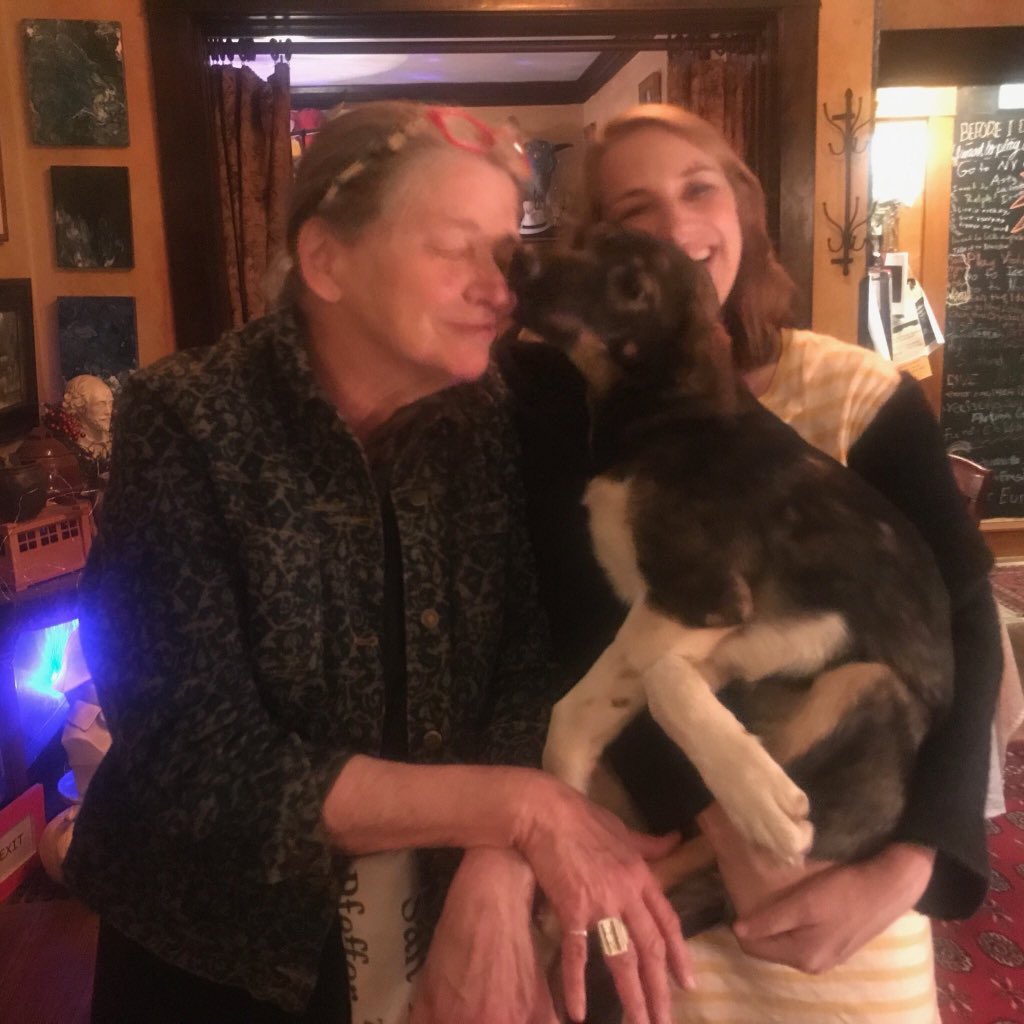 Still, as he grew, I knew that he was special. He was always noticing things, paying attention. And so we gave him my favorite name out of his whole litter. A name for a very special dog. 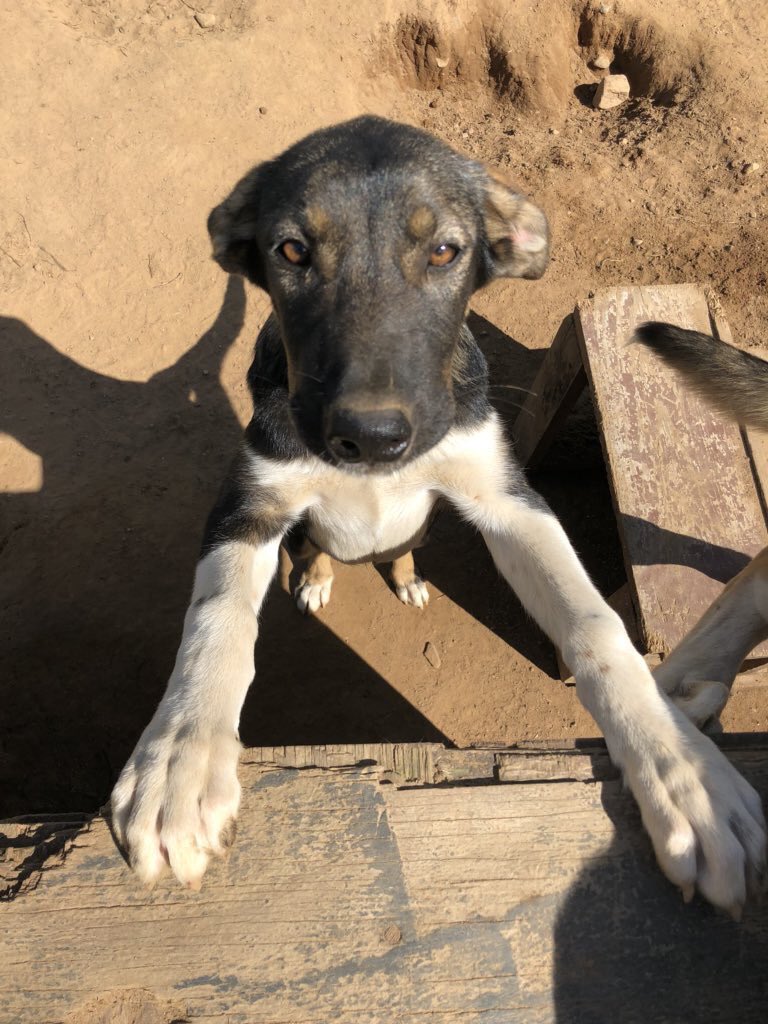 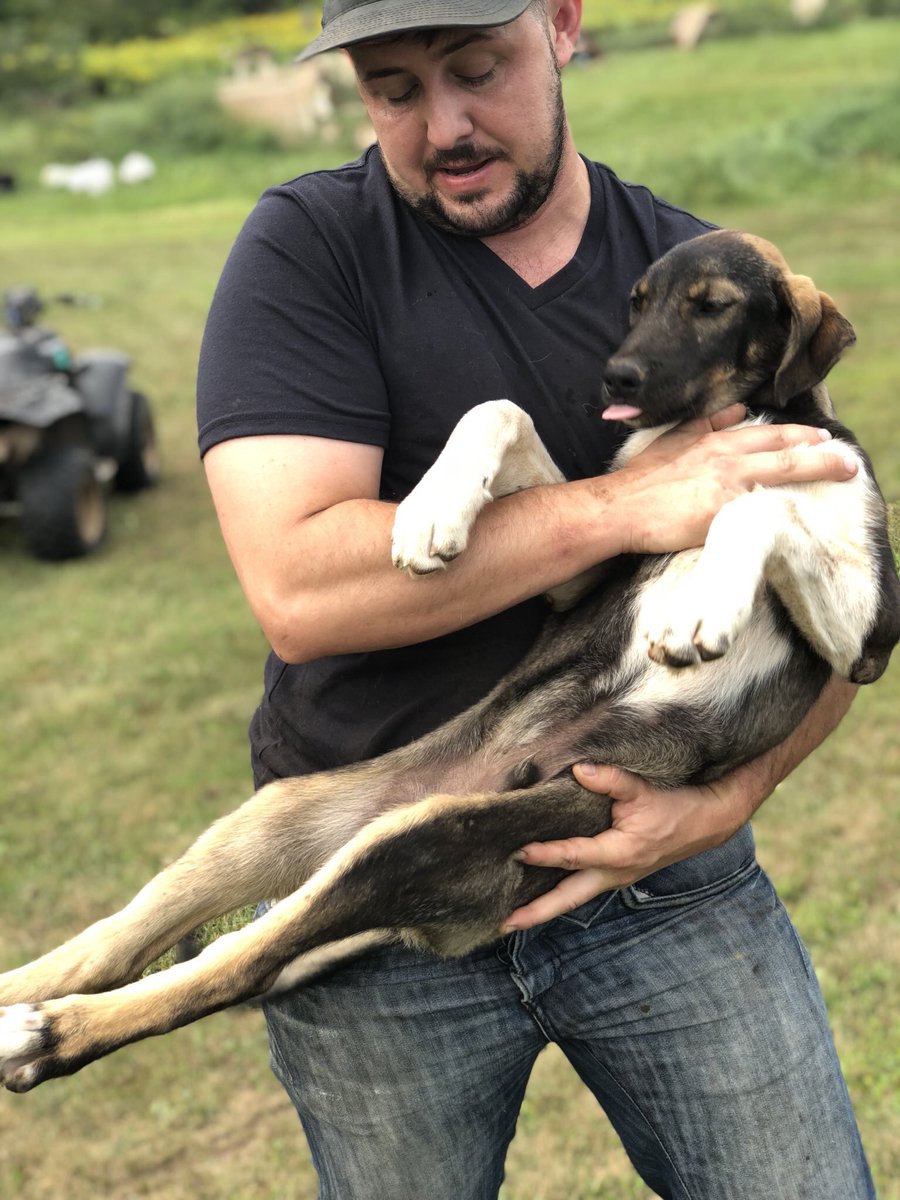 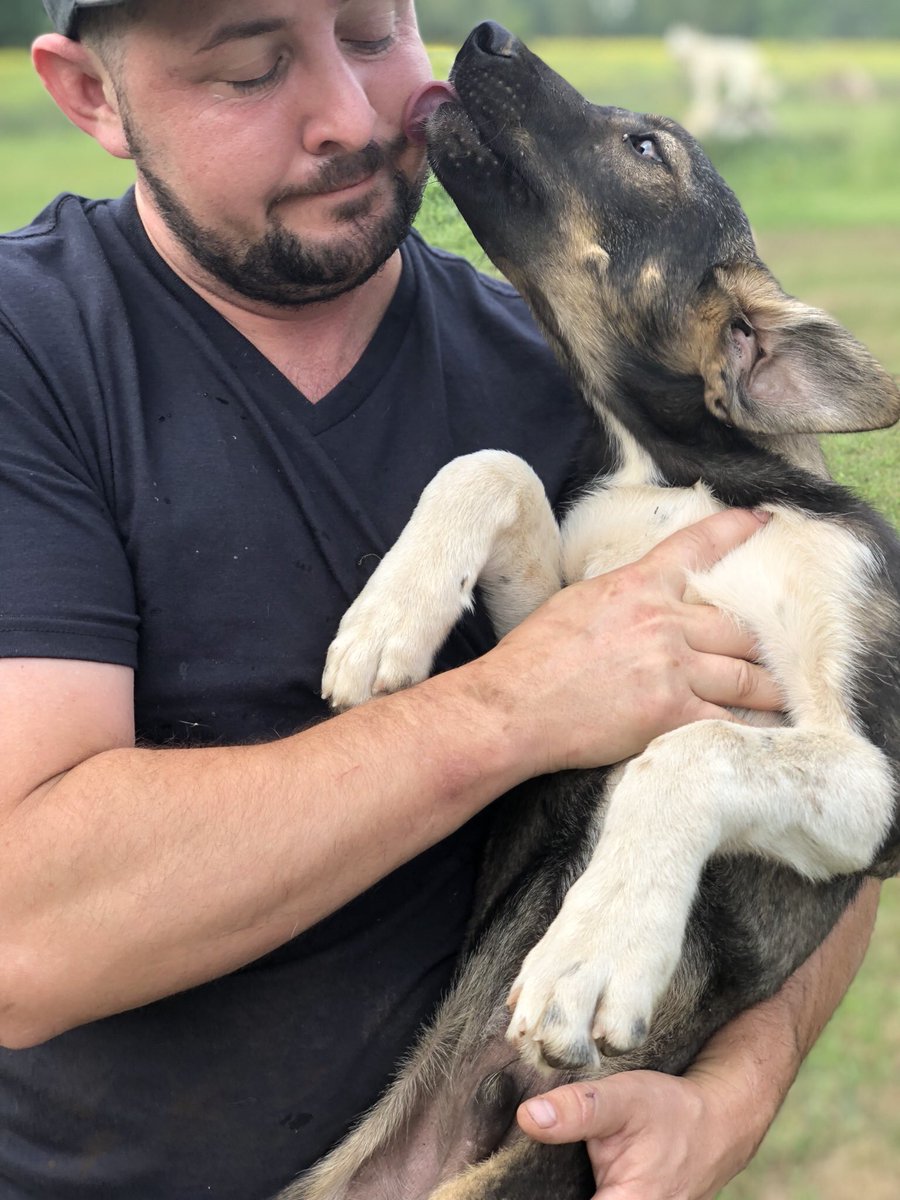 When the pups were just tiny trouble nuggets, I remember noticing Tenzing and thinking he was particularly smart. But I didn’t think about it again until the pups were about 6 months old, and I started teaching them to jump on their houses.

Now, these puppies have a TON of energy—remember, they’ll grow up to run 100 miles in a day—and sometimes that energy gets the best of them when they’re excited. That’s why one of the most important things we can teach them is to not jump on people for attention.

You may remember that my favorite animal behaviorist is Karen Pryor. She teaches that there are eight ways to extinguish an unwanted behavior. This is a good lesson that applies to a lot of things in life, so if you’re interested, here’s more info:  https://www.clickertraining.com/node/290

One of the most effective methods is to train an incompatible behavior.

So, you want a sled dog to stop jumping on you? Teach them to jump on their house when they want attention! They can’t stand on their house and jump on you at the same time. You’re all happier, and the dogs get more attention—plus, they LIKE knowing what to do. 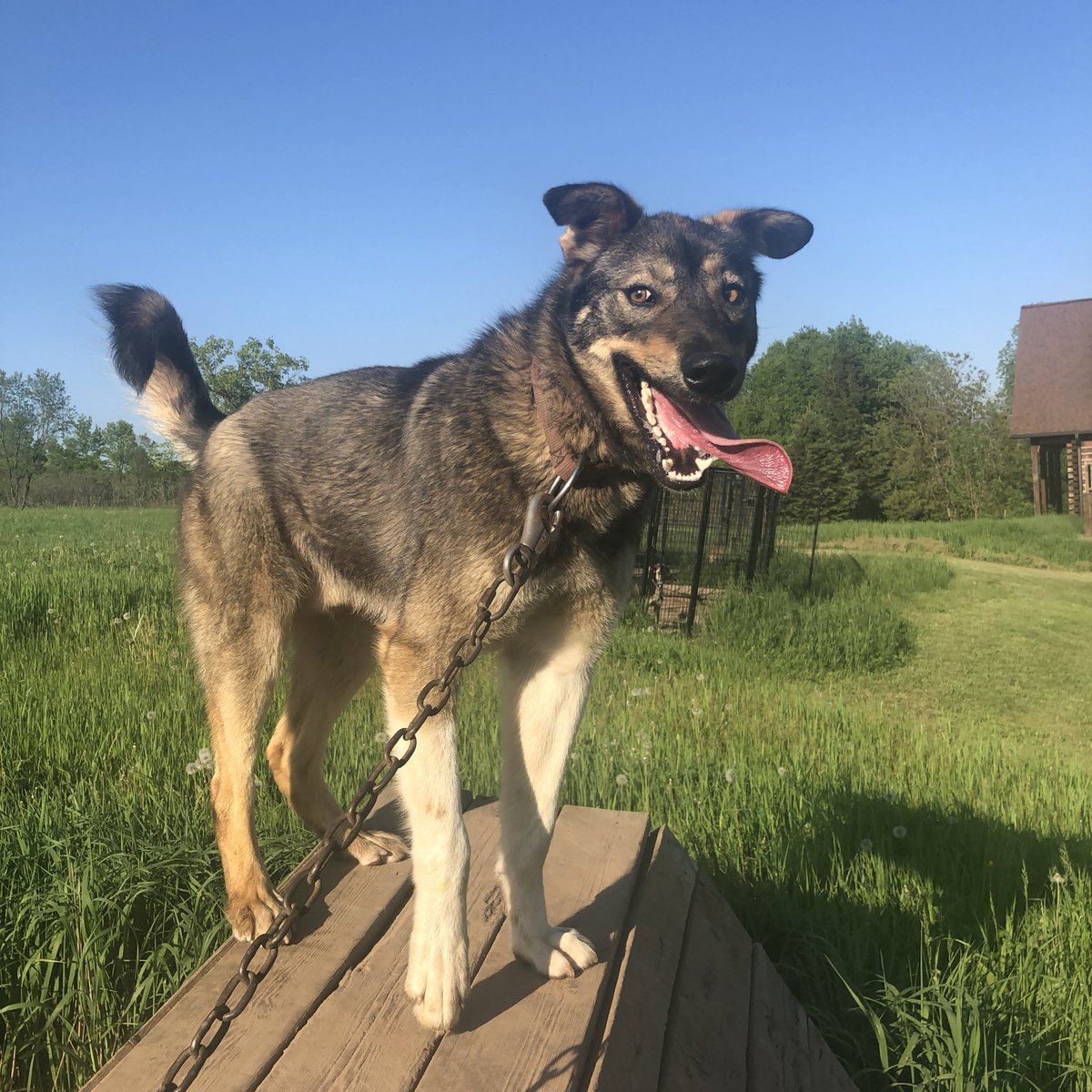 Honestly, until Flame was like three years old, this was one of the only ways I could pet her. She was a total maniac. If this method works on Flame, it will work for any dog. 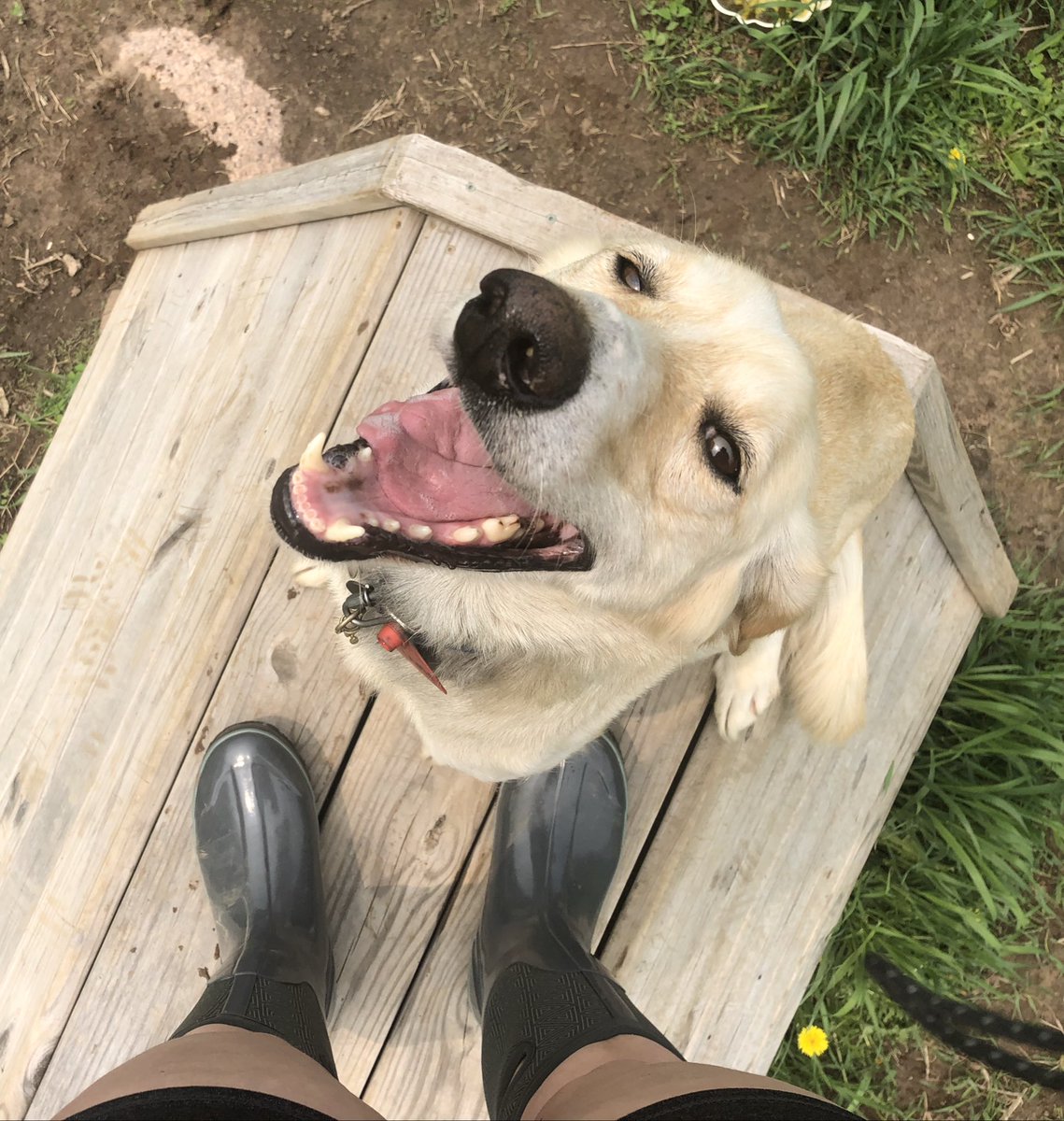 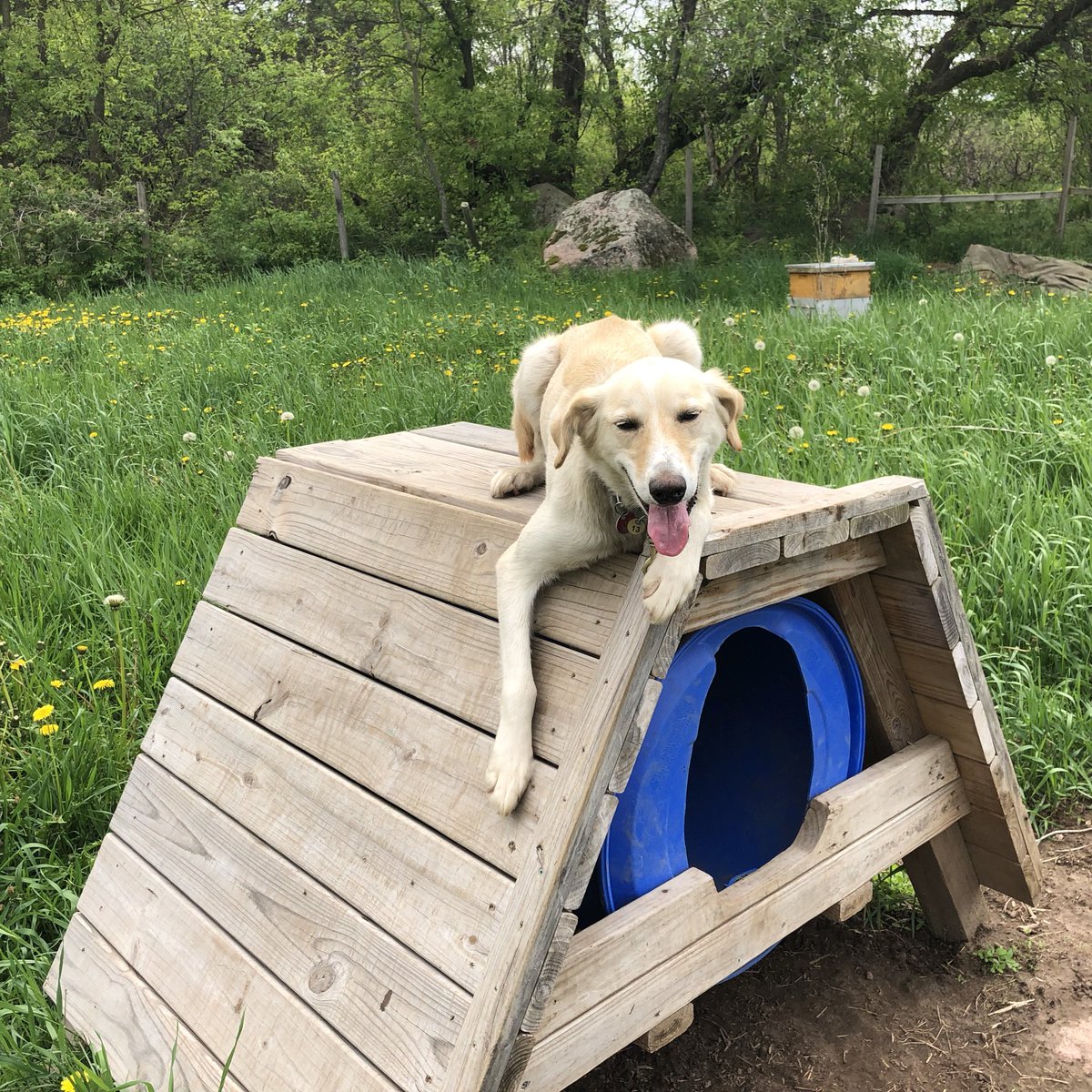 Anyway, when I started teaching the puppies to jump on their houses, they all learned at different speeds. Some of them forgot the method every time, at least for a while. Some of them jumped on their houses and then launched off them again. But Tenzing got it immediately. 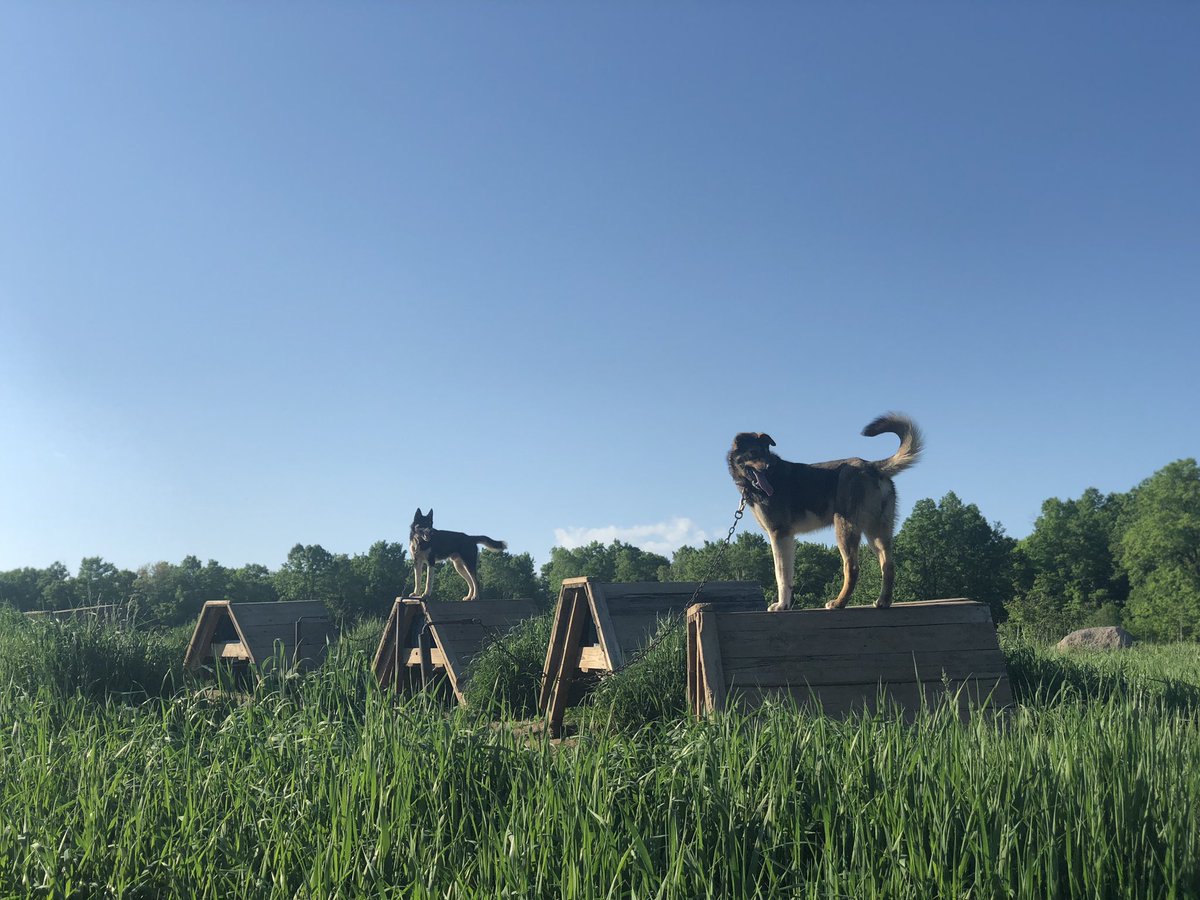 And then he never forgot. 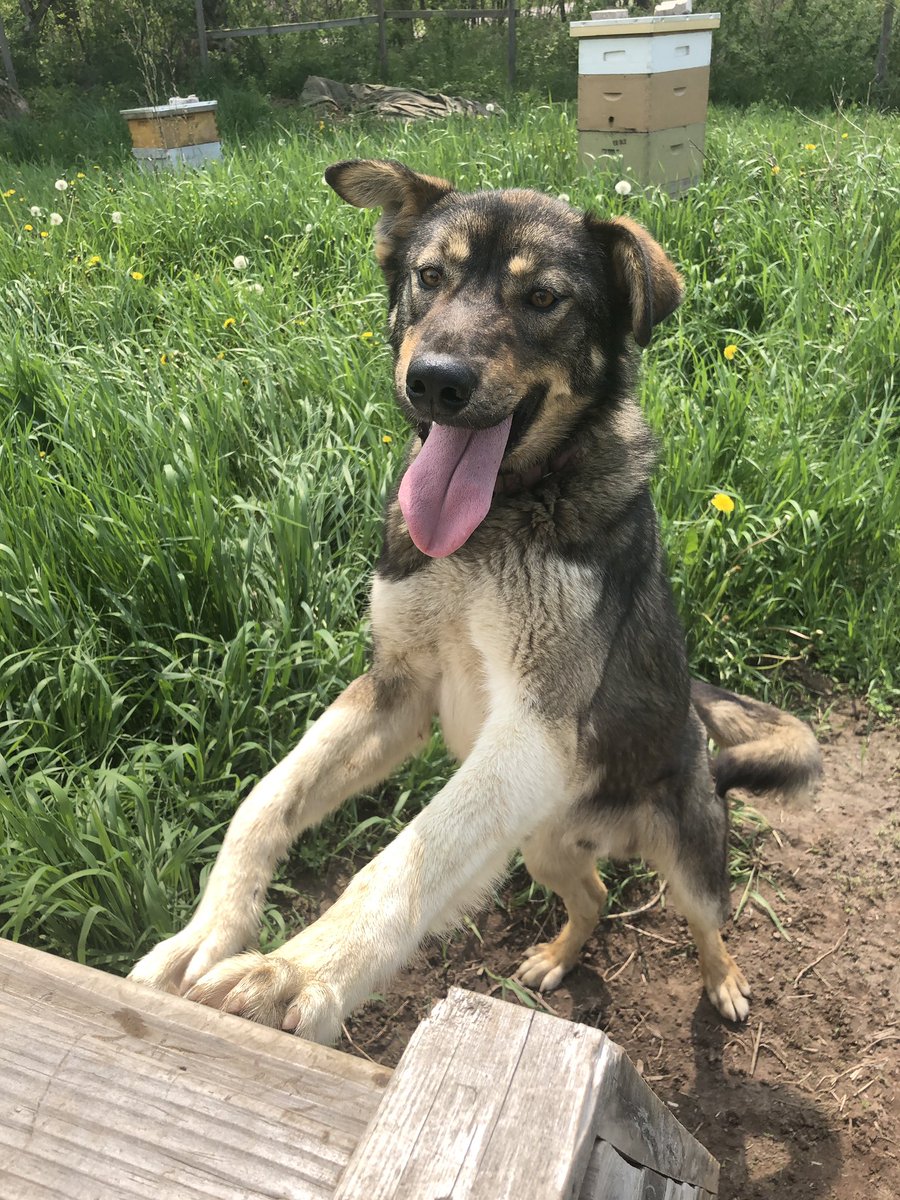 That was when I knew that this boy was brilliant. 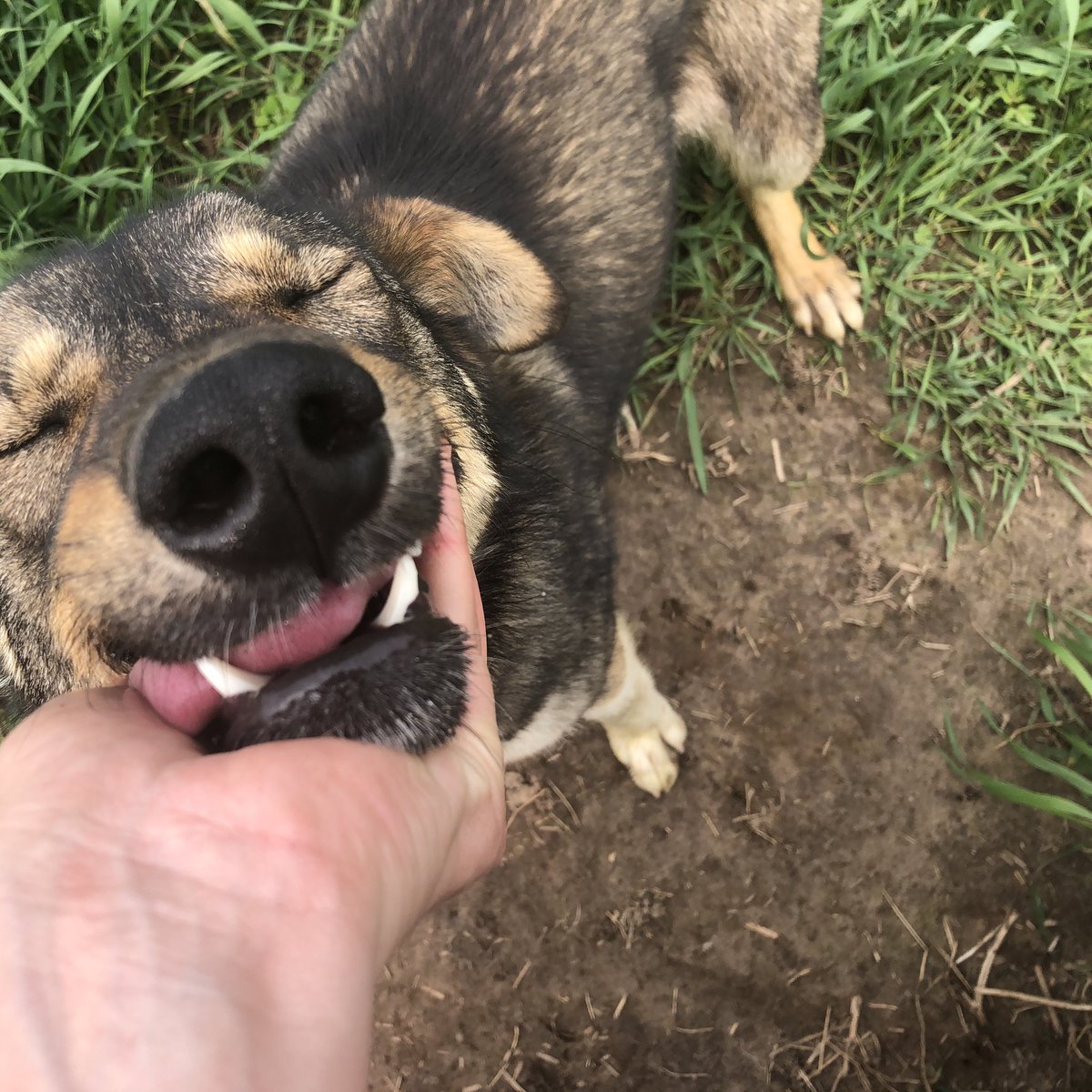 Today was Tenzing’s second solo training session this week. My current goal for him, like for most of the yearlings, is to practice recall. 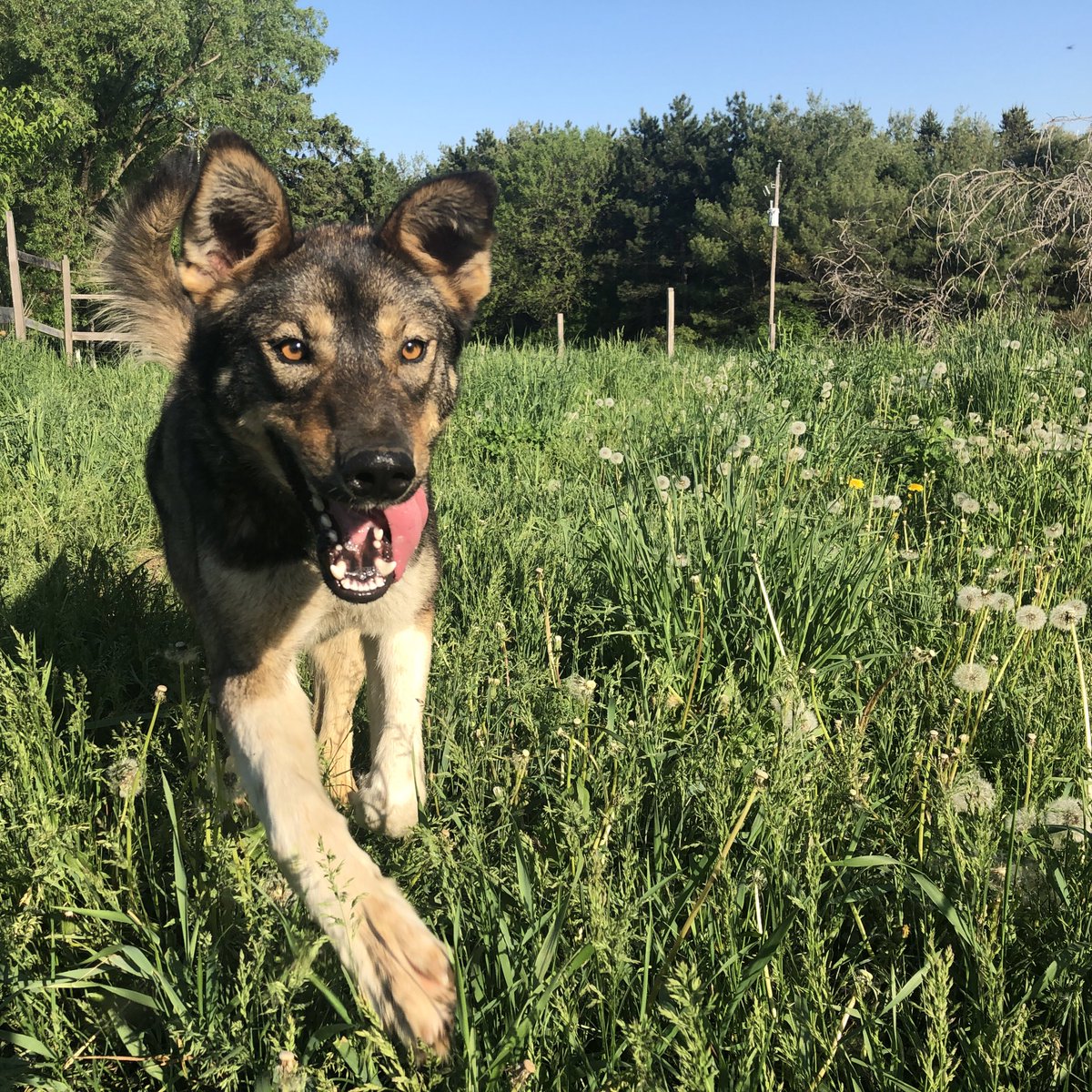 But I also just wanted him to hang out in the garden for a while. Because he and Hari love each other. 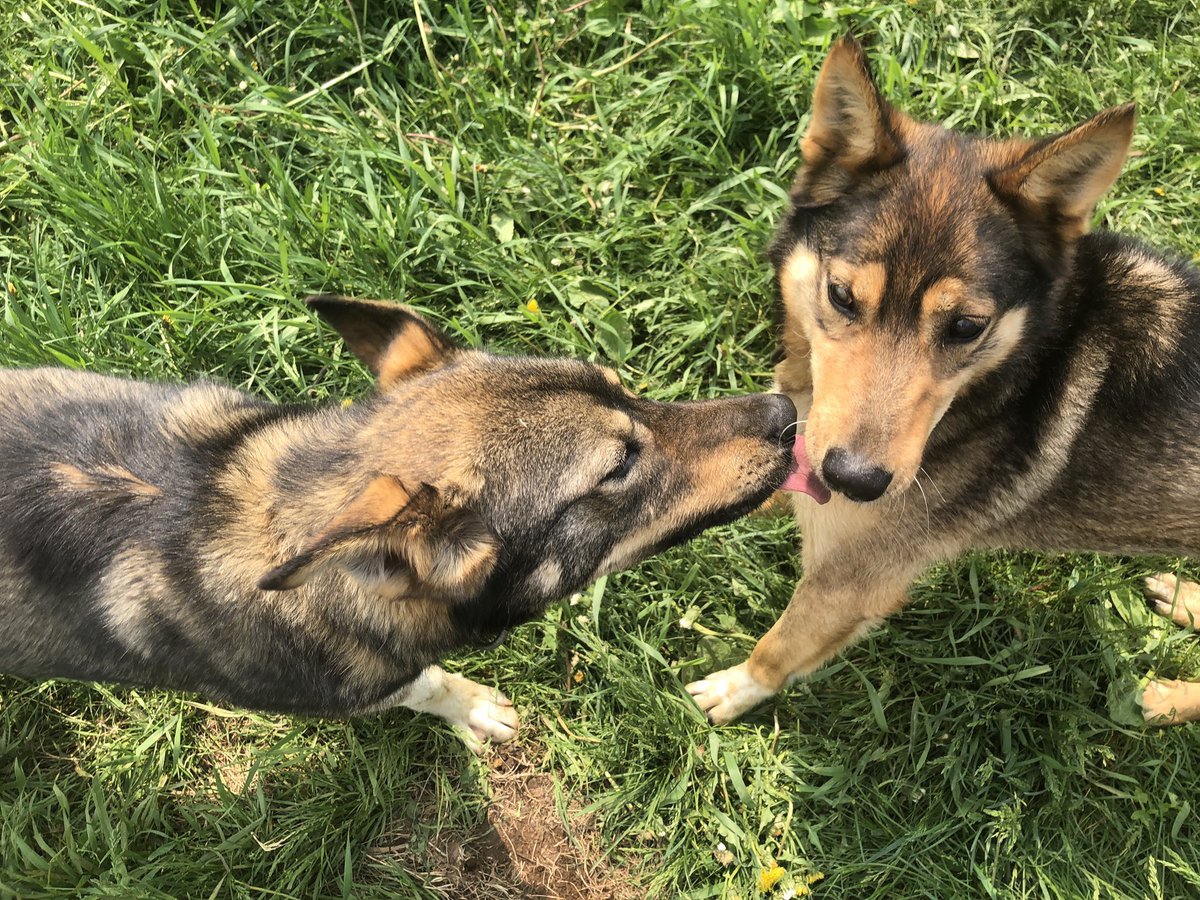 During their last grandpa-grandson play date, Tenzing even got Hari to play chase.

The boys had a nice evening. 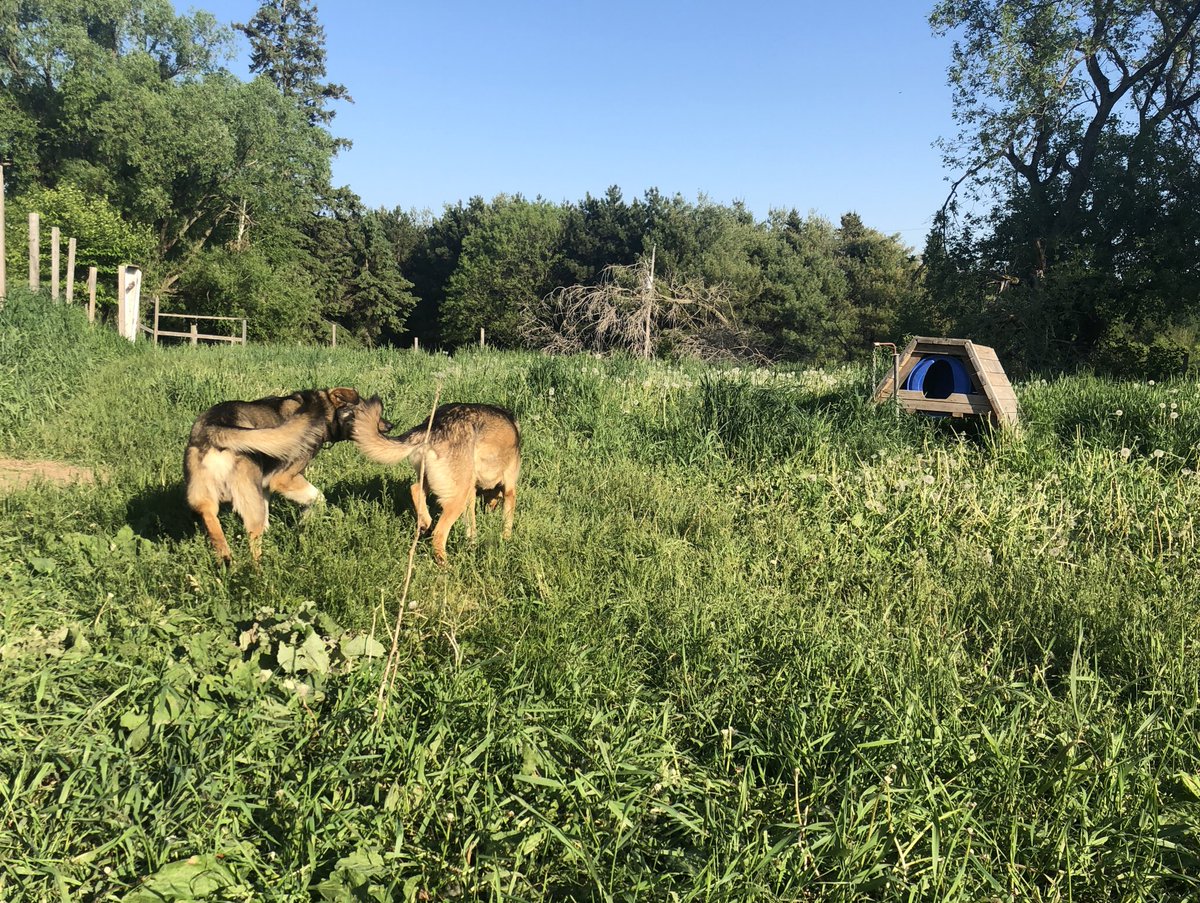 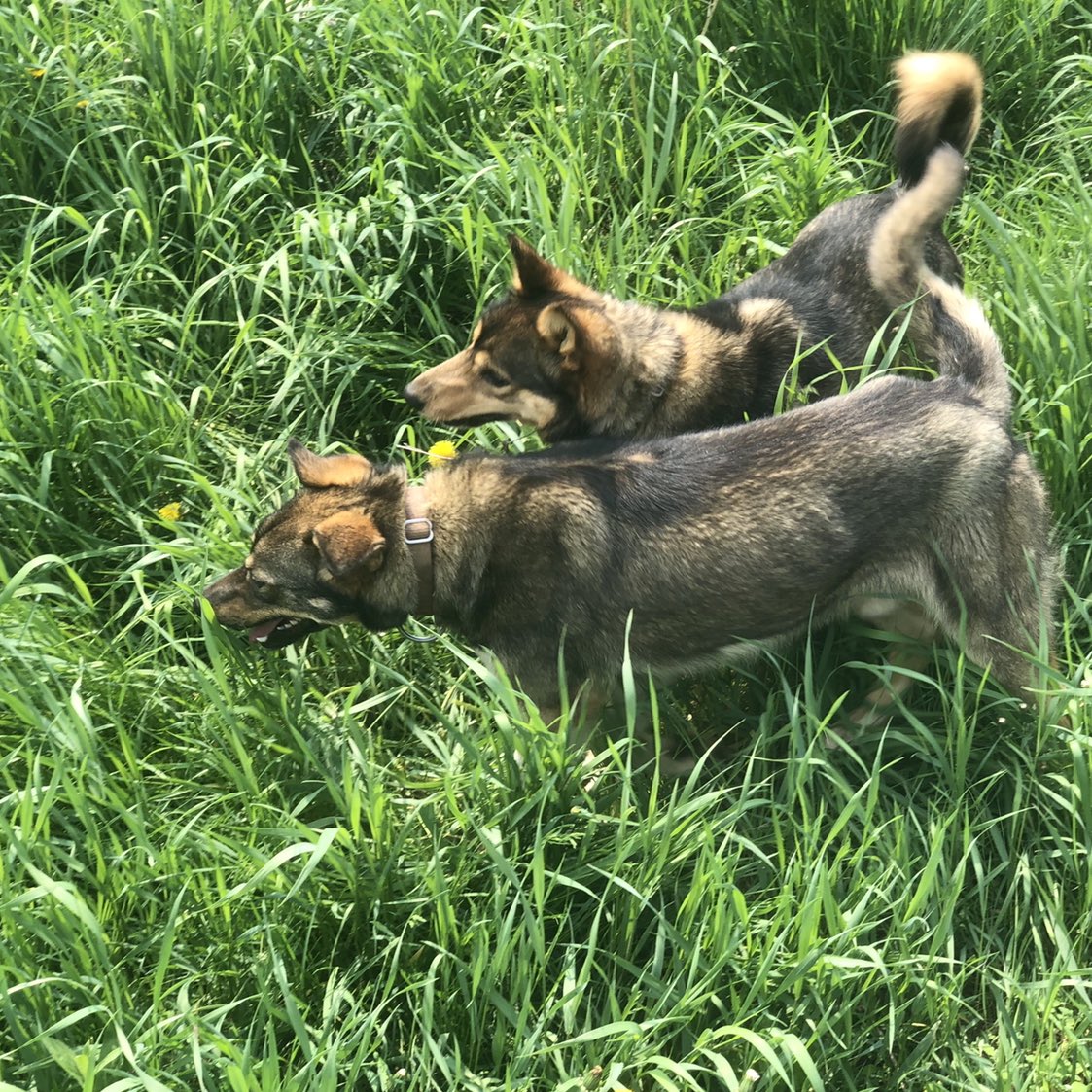 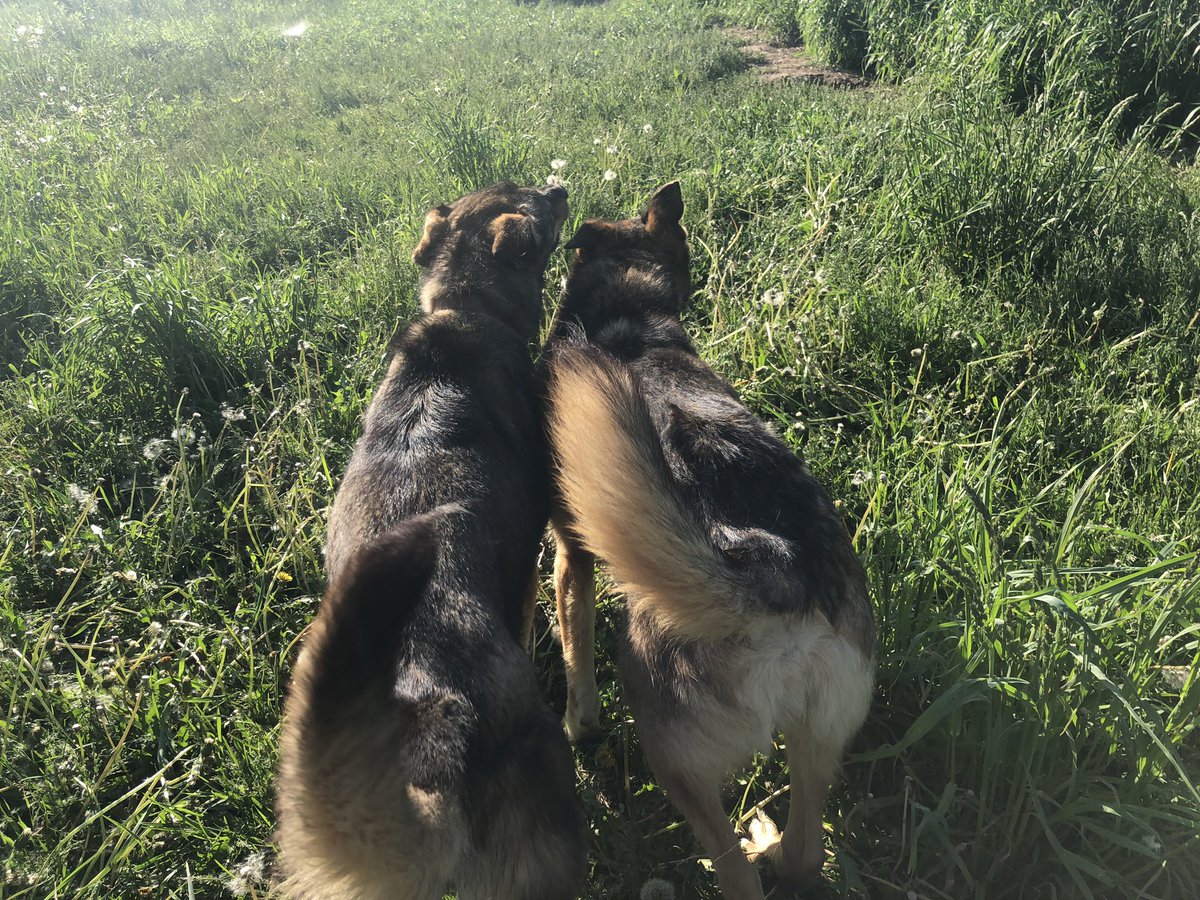 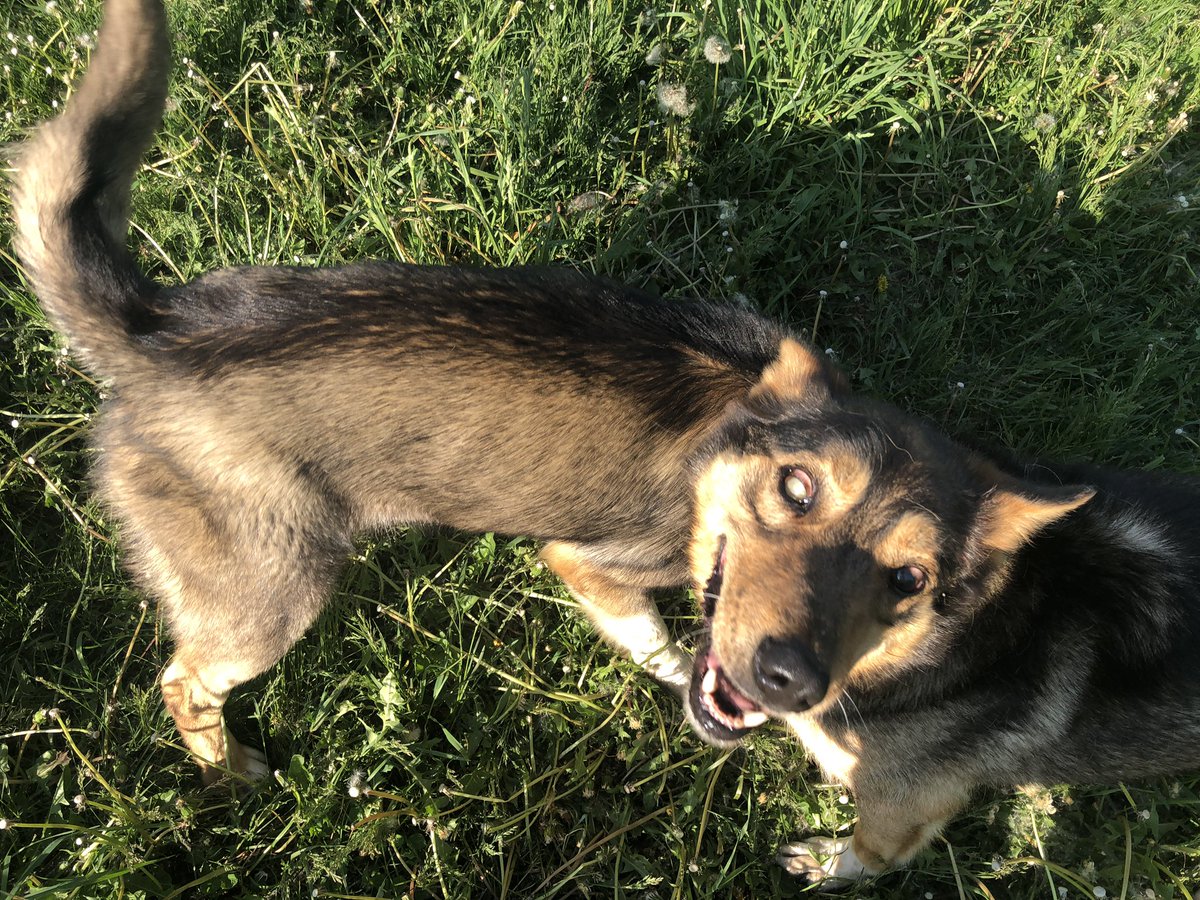 Flame and Refried got in on some sniffing action. 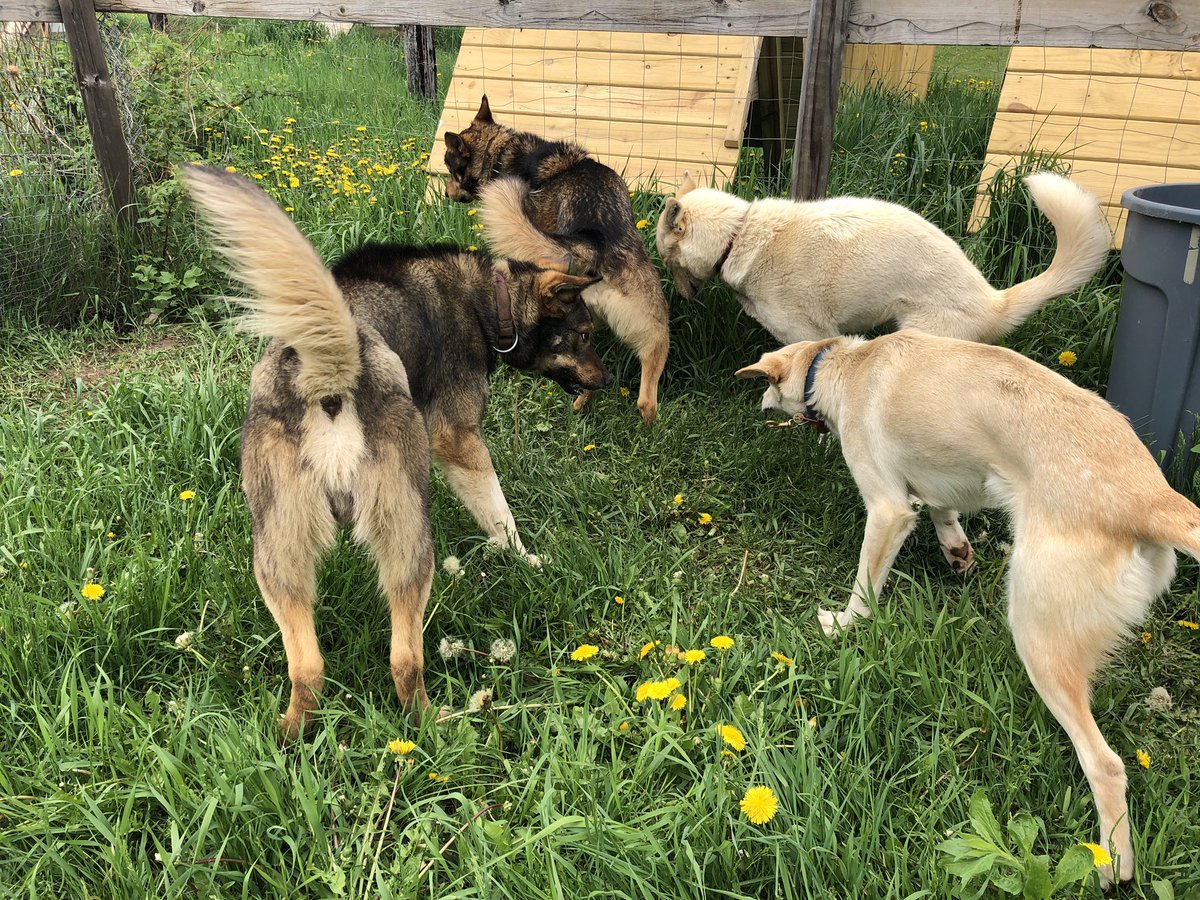 They found something gross to roll in. 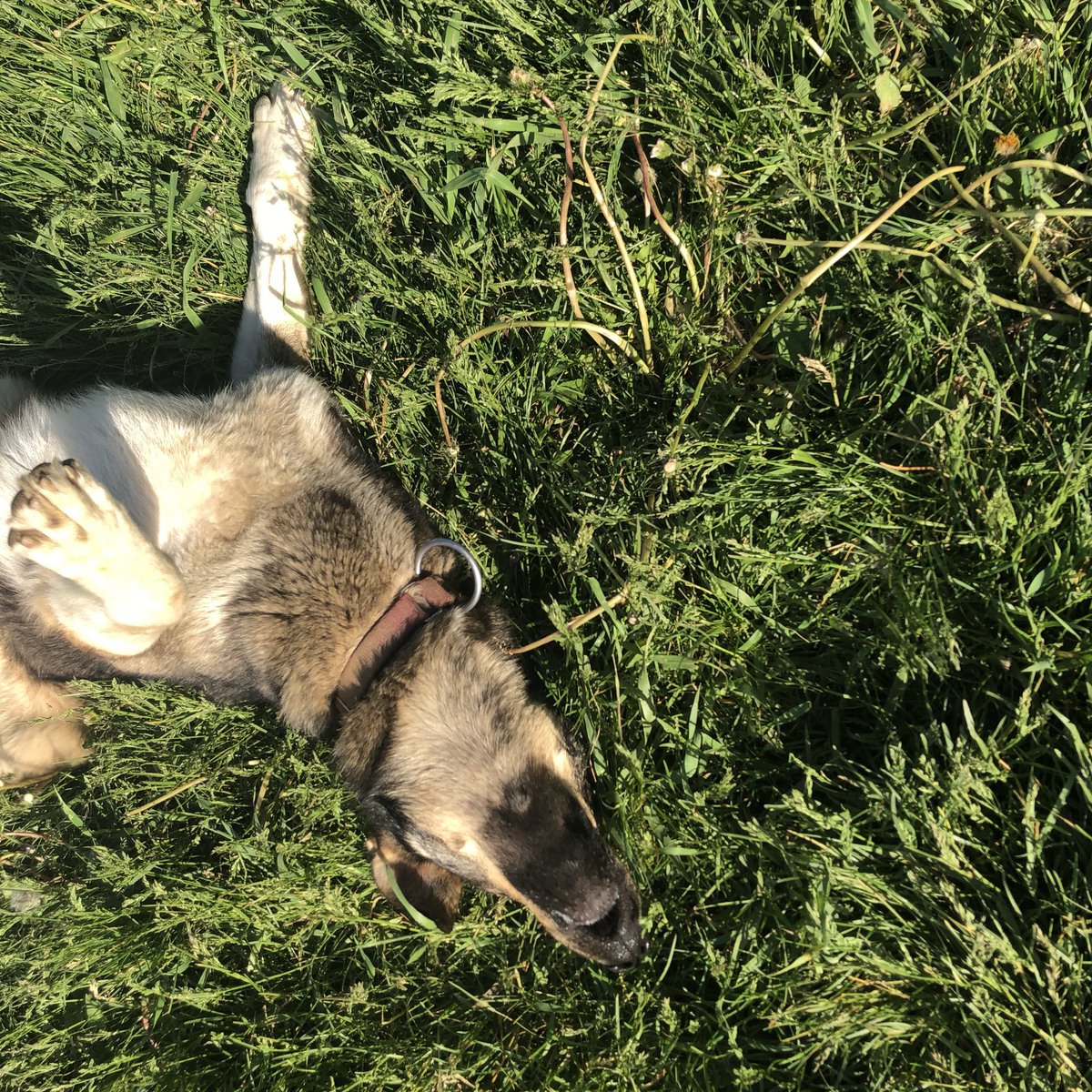 It was, all in all, a very sweet family get-together. 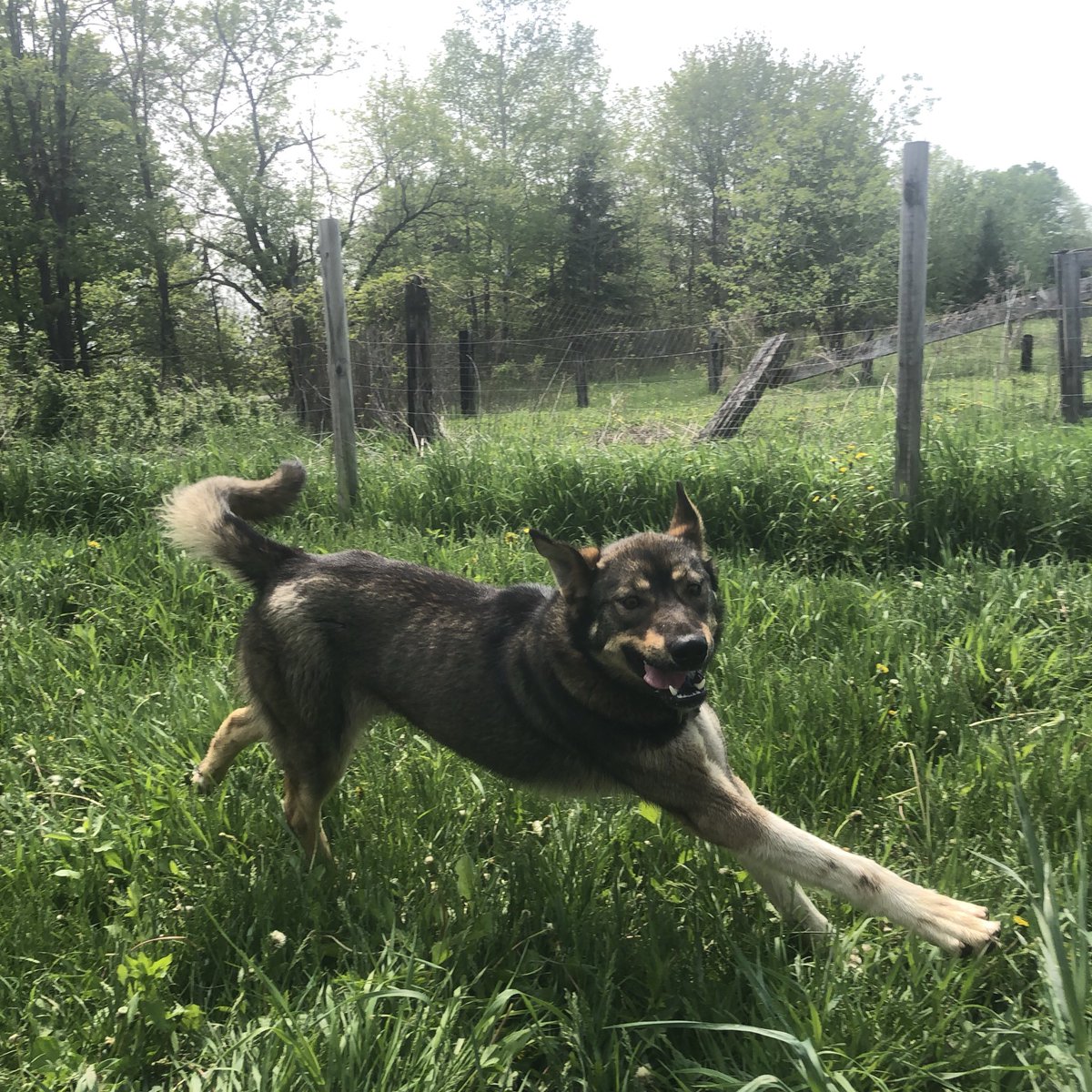 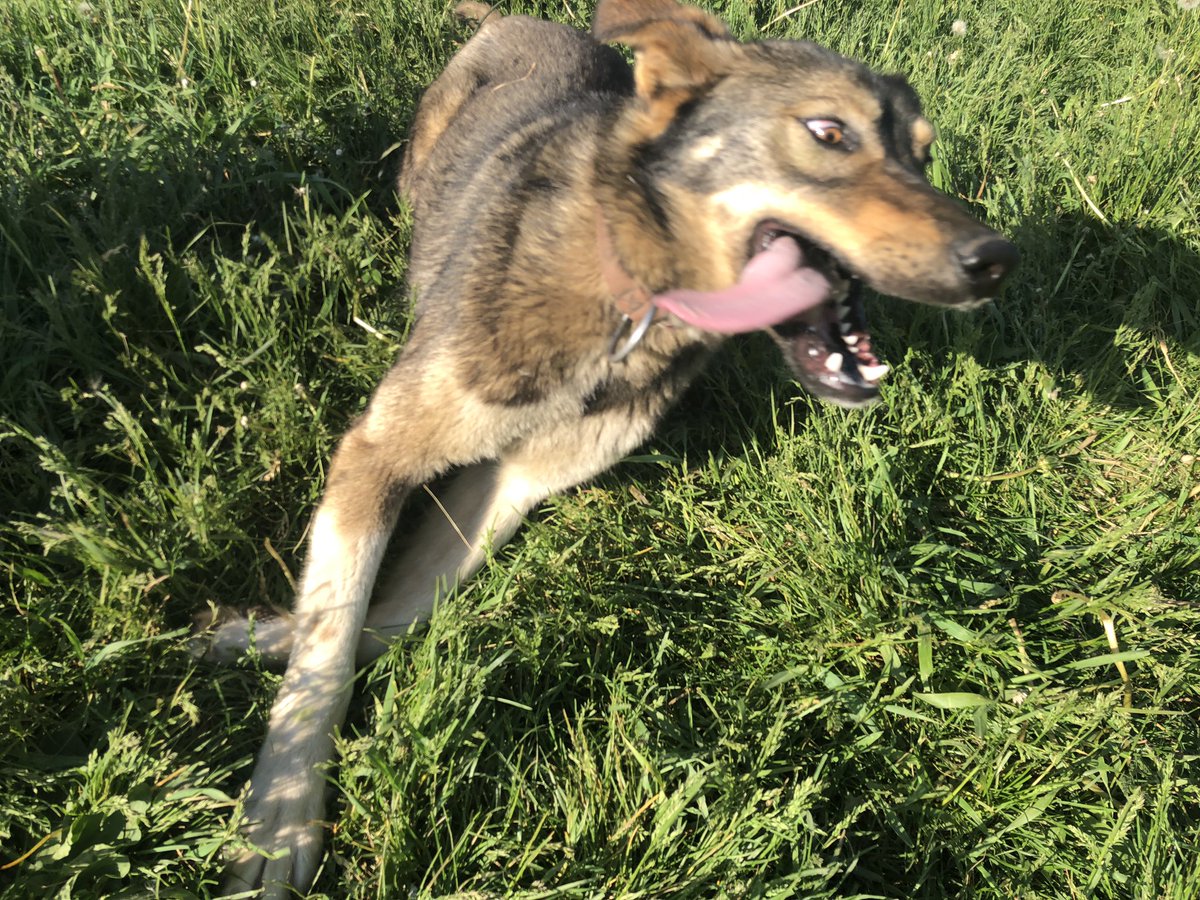 My predictions for this boy?

Well, all the yearlings could end up being leaders. It depends on if they’re motivated to run in front of the team or if they prefer to chase. But this is a prediction, so I’ll just say it.

I think Tenzing will be a star lead dog. 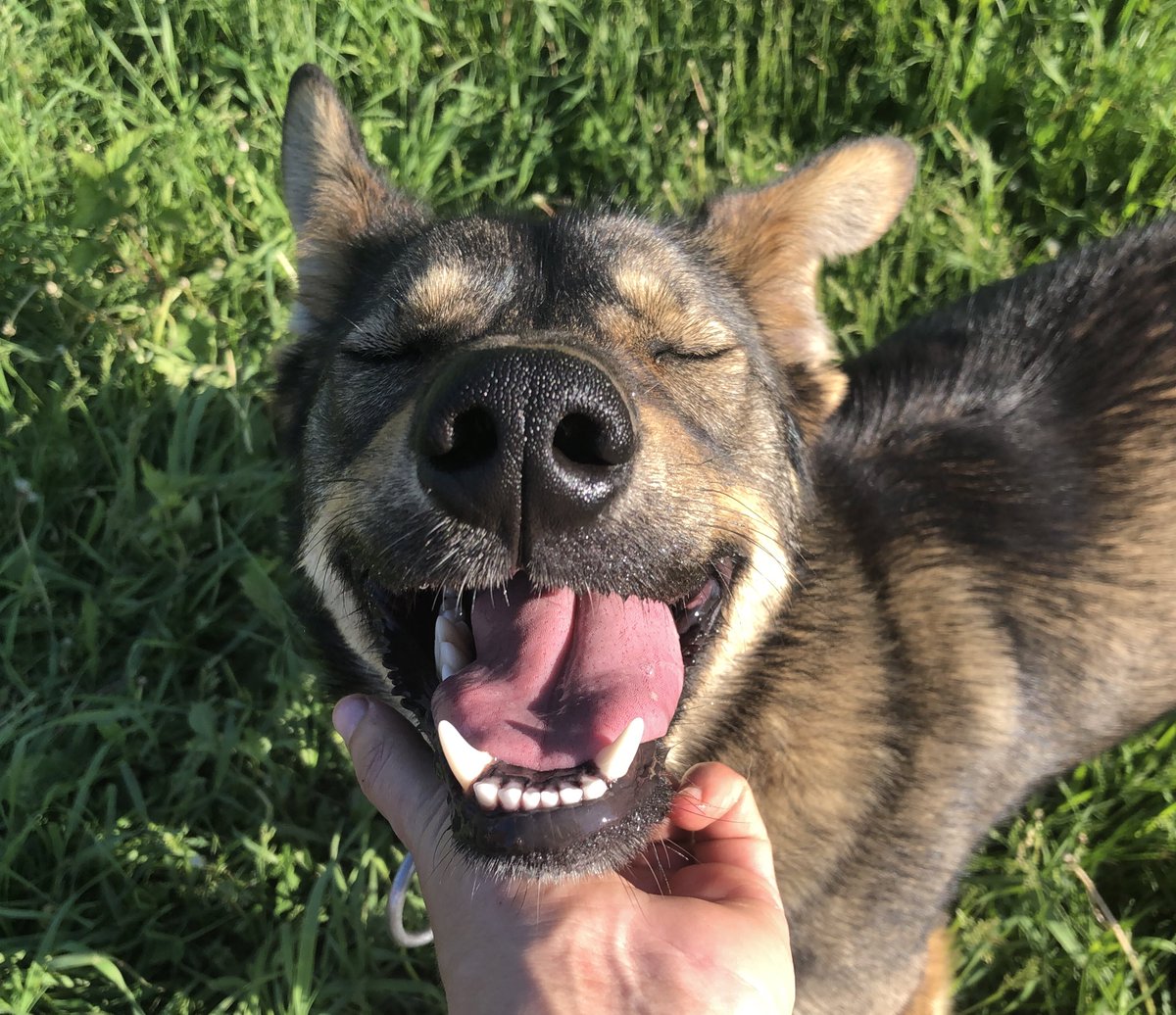